The pandemic has had little impact on China's film industry, with 47.3 billion yuan (US$7.4 billion) in box office receipts in 2021.

Shanghai, which came up with several local productions that were well-received, pocketed the highest box office earnings last year.

Chinese viewers paid 1.167 billion visits to cinema theaters. There was a remarkable increase in the number of cinemagoers in small cities.

The three top earners were all domestic productions – the epic war film "The Battle at Lake Changjin," the comedy "Hi, Mom," and the suspense film "Detective Chinatown 3."

"The Battle at Lake Changjin," co-directed by Chen Kaige, Tsui Hark and Dante Lam, outperformed the 2017 film "Wolf Warrior 2" and set a Chinese box office record with more than 5.77 billion yuan in collections. 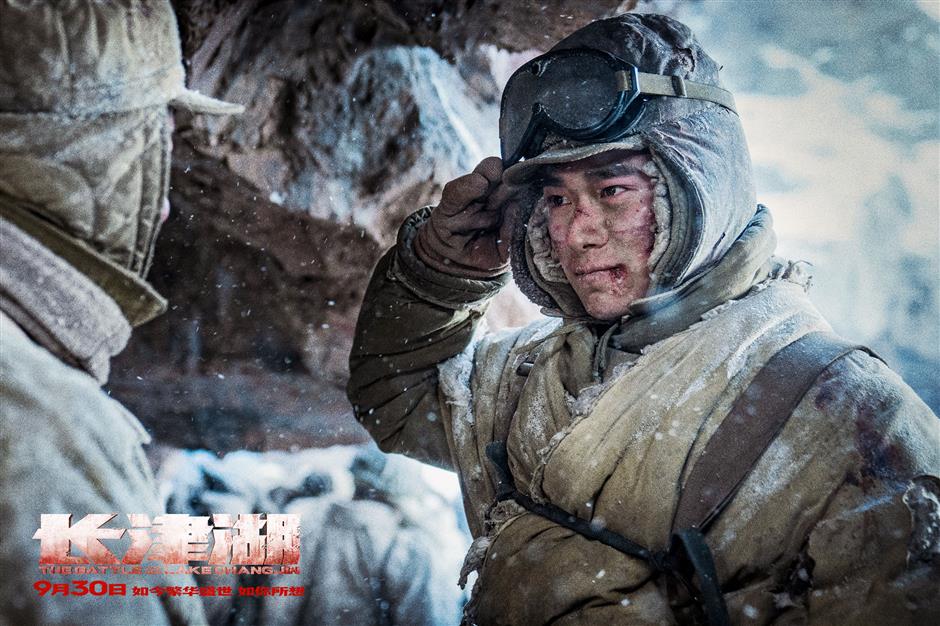 "The Battle at Lake Changjin" 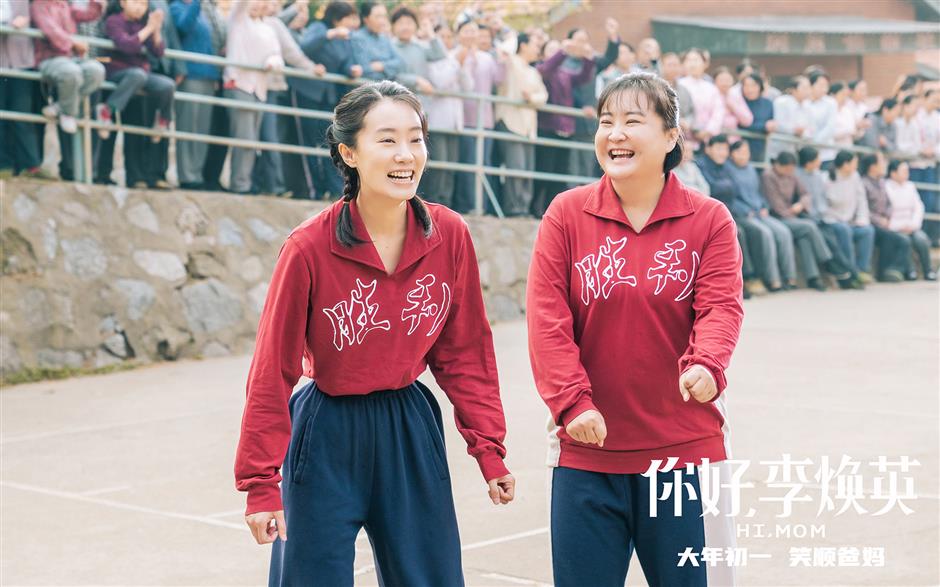 Foreign productions accounted for only 20 percent of the Chinese box office charts. The best-performing foreign films were "Fast and Furious 9" and "Godzilla vs Kong," which ranked fifth and eighth with 1.39 billion yuan and 1.23 billion yuan, respectively.

The James Bond film "No Time to Die," Daniel Craig's last film in the role of a British spy, managed only about 415 million yuan.

Despite the popularity of Frank Herbert's best-selling novel, the sci-fi film "Dune" did not make an impression on the Chinese audience, mustering only 254 million yuan.

Last year, many patriotic-themed Chinese films impressed both audiences and critics. About one quarter of China's box office receipts in 2021 were from these films. They were successful in arousing patriotism among the populace as well as concerns about the development of Chinese society.

The anthology film "My Country, My Parents" is made up of four short stories about Chinese families' efforts and devotion to the country over the course of four decades in different parts of the country.

The anti-epidemic-themed "Chinese Doctors" is inspired by the real-life experiences of medical professionals who have been involved in the fight against the pandemic since its inception.

The film, along with "The Battle of Lake Changjin," is a part of the "China's Victory Trilogy" produced by Bona Film Group. 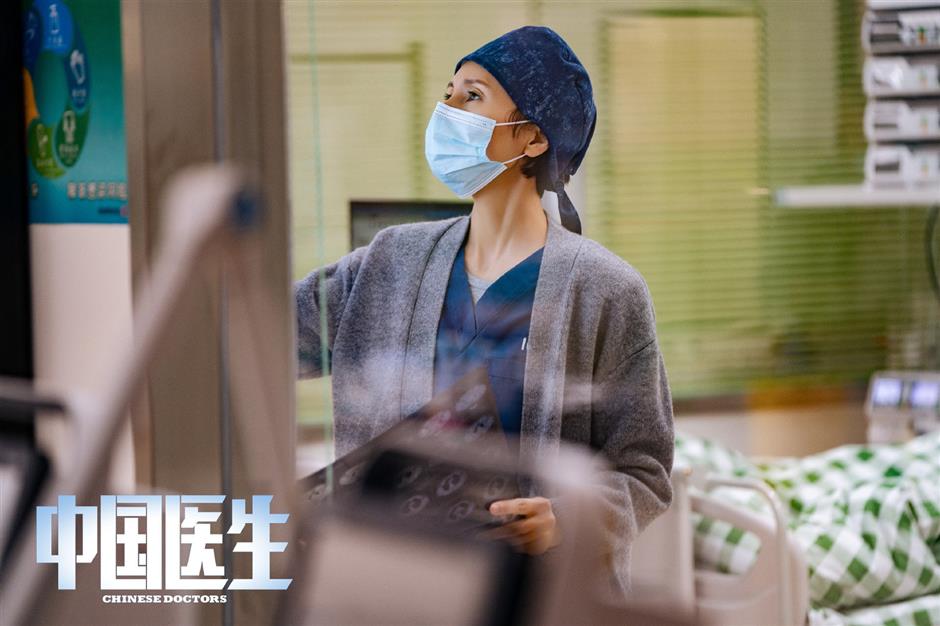 The epic film "1921" offers a poetic and touching depiction of the historic year when the Communist Party of China was founded by a group of young people in Shanghai.

Zhang Yimou's spy thriller "Cliff Walkers" was also hailed for its vivid portrayal of special agents who completed a secret mission during the Japanese invasion in the 1930s.

Shanghai's film industry is also experiencing rapid growth. In the previous year, the city produced 87 films. More than 7 billion yuan was earned by Shanghai-produced films such as "1921," "Assassin in Red," "Be Somebody," and "Sister," accounting for more than one-fifth of the country's total box office receipts annually.

Shanghai continues to be the most successful Chinese city in terms of box office revenue, with more than 2.5 billion yuan in 2017.

The city has produced a large number of critically-acclaimed films. Despite the fact that they had a limited budget, "Be Somebody," "Sister," and the romantic comedy "B for Busy" in Shanghai dialect managed to impress the audience with their strong storytelling and artistic execution.

Chinese animated films, "Green Snake" and "I Am What I Am" also wooed the domestic audience.

Janet Sun, in her 30s, said she was surprised to find that homegrown animated films can be so appealing and inspiring, with significant strides made in scripting and storytelling.

Sun praised "I Am What I Am" for its approach to dealing with "left-behind" children.

"Realistic animation is extremely rare here, and this film has a strong realistic flavor, which is unusual in the animation genre," she said. "I believe Chinese animation has the potential to compete with Hollywood mega-productions because of our ancient legends, folk culture, and arts," she said.

"Young generations of filmmakers, who have studied cinema and have shooting experience, both in China and abroad, are becoming an eye-catching force," said Gu. "Many creators are also discerning observers of life. They're sensitive to hot issues on the Internet, and know how to make their stories down to earth and appealing."

He anticipates more diverse cinema in the coming days.

"However, if our movies target a global market, Chinese filmmakers still need to learn from the excellent film productions across the world, particularly in cinematography and novel interpretation of the different subjects," Gu said.

Another busy year for film buffs

Cinema fans can expect a slew of highly anticipated homegrown productions this year.

"Water Gate Bridge" is a sequel to "The Battle at Lake Changjin," and will retain the original cast and crew.

"The Unknown," a spy thriller, will star Hong Kong actor Tony Leung and Chinese mainland heart-throb Wang Yibo, and is the last installment of Bona Film's "China's Victory Trilogy." The film is set in the 1930s-1940s Shanghai.

Li Yu will release her "The Fallen Bridge" on June 2. Starring Wang Junkai, Ma Sichun and Fan Wei, it tracks a young woman's effort to uncover the truth behind the mysterious death of her father years ago. 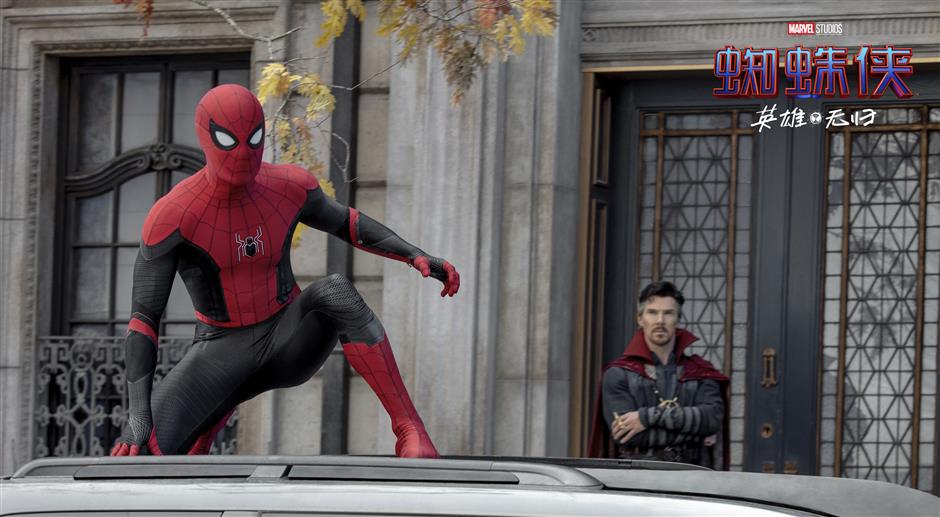 Blockbuster foreign movies due for release include "Spider-Man: No Way Home," which has performed well in North America. Directed by Jon Watts, Peter Parker overcomes dangerous foes from the outer world after his identity is revealed to the public.

"The Matrix Resurrections," the fourth sequel in "The Matrix" film series, is already screening in Chinese mainland theaters. The film stars Keanu Reeves and Carrie-Anne Moss.

Others due for release this year are "The Secrets of Dumbledore," "Jurassic World: Dominion," "Mission: Impossible 7" and Marvel film "Doctor Strange in the Multiverse of Madness." 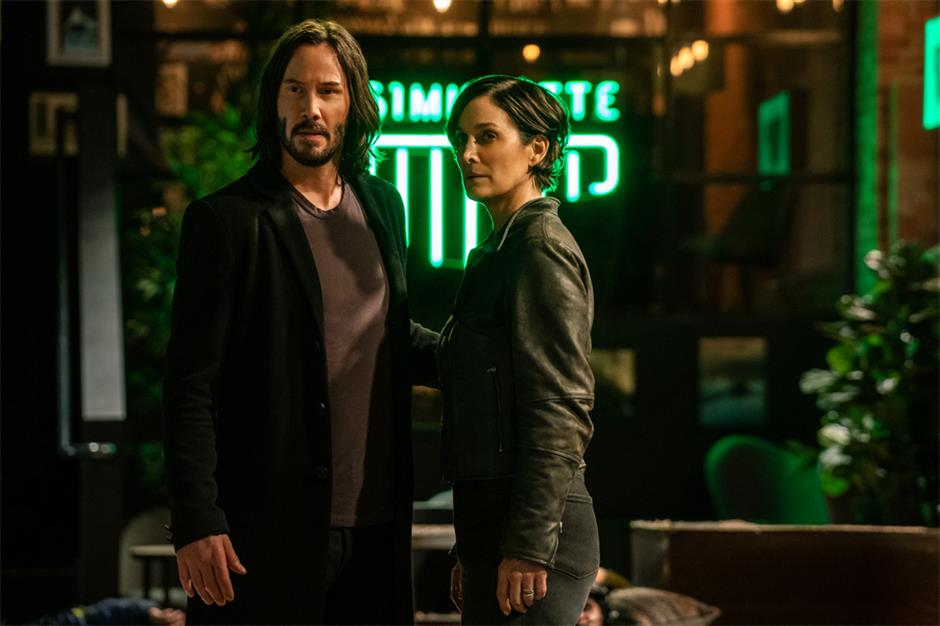