Cloud performances bring opera and modern theater to our homes

The BHC 2022 Online Show Season, which runs through June 25, will feature daily cloud performances of traditional Chinese opera and modern theater. More than 30 stage productions from 14 troupes will be broadcast on BHC's Douyin, WeChat and Bilibili accounts.

Kunqu, Huangmei, Yueju and Huiju operas, as well as dances and children's plays, are among the performances. Many of them have won prestigious theater honors, such as the Wenhua Award, and Chinese dance Lotus awards.

Chen Yingwu, the founder of BHC, hopes to provide free access to Chinese culture, arts and aesthetics to online viewers. Established in 2011, BHC is a locally based cultural media company which plays an active role in ensuring the viability of traditional forms of performing arts by developing audiences and raising awareness among the general public. 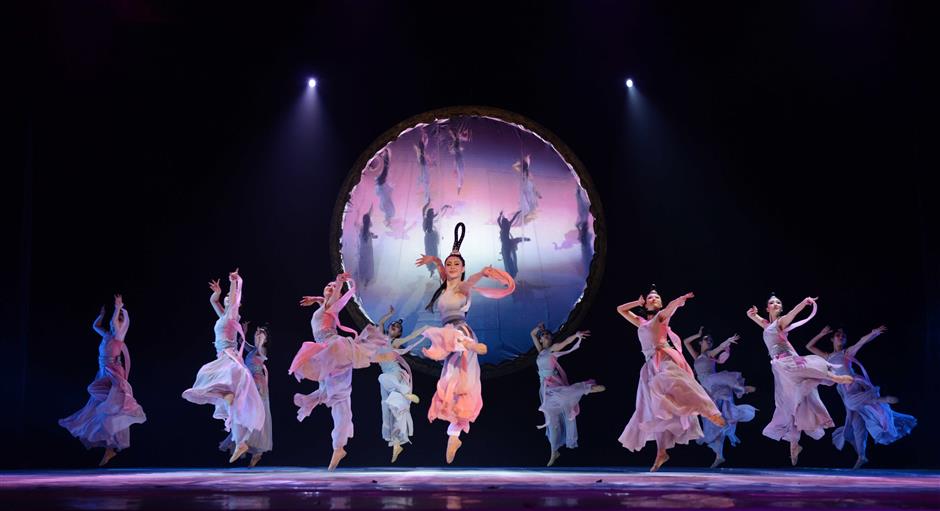 "Goddess of the Luo River" is presented by Henan Province's Zhengzhou Grand Theater. More than 30 stage shows will be broadcast to online audiences through June 25.

"It is also our effort to enrich people's cultural lives during the pandemic," Chen said. "When the shows were staged in theaters, many of them were so popular that tickets were difficult to come by. People can now watch them at home for free."

Among the performances are the dance dramas "A Tang Dynasty Banquet" and "Goddess of the Luo River," the poetic crossover concert "The Sound of Porcelain," the revolutionary opera "Red Boat," the youth version of Kunqu Opera "The Peony Pavilion," the symphonic show "Ode to the River, Lake and Sea," Huangmei Opera "Thunderstorm," Yueju Opera "The West Chamber," and the original stage play "Across the Ocean to See You."

Both "A Tang Dynasty Banquet" and "Goddess of the Luo River" combine elegant traditional Chinese dance moves with avant-garde technologies to present stunning visuals and provide insight into the brilliance of ancient Chinese culture.

"The Sound of Porcelain" depicts the history of porcelain and porcelain instruments. The concert also includes dance and improvisational performances.

Pai Hsien-yung, a Taiwanese writer and scholar, adapted "The Peony Pavilion" written by dramatist Tang Xianzu in 1598 for Kunqu Opera. It is an innovative adaptation of the classic that aims to make the 600-year-old art form more accessible and appealing to the young audience. The youth version is shorter, with simpler plot lines but lavish stage settings.

"Red Boat" tells the story of the First National Congress of the Communist Party of China, which was held on a small red boat on Nanhu Lake in Jiaxing, Zhejiang Province. It was also the site of the announcement of the CPC's formation.

Huangmei Opera "Thunderstorm," based on late Chinese playwright Cao Yu's representative play of the same name, is a tragic story about a seemingly large and happy family during a period of tremendous social transition of China in the 1930s.

The romantic story of Zhang Sheng, a young scholar, and Cui Yingying, the daughter of a minister, is told in the Yueju Opera "The West Chamber." The original play was written by the Yuan Dynasty (1271-1368) playwright Wang Shifu, and set during the Tang Dynasty (AD 618-907). Zhang and Cui fall in love after meeting in the Pujiu Temple garden. Following that, the young couple begins to pursue their freedom to choose love.

"Ode to the River, Lake, and Sea" is a musical interpretation of the splendor of China's natural landscapes and folk arts, while "Across the Ocean to See You" tells the touching story of a couple who have been separated for nearly 40 years by the Taiwan Staits.

Additionally, the Palace Museum's creative cultural products will be incorporated into the online shows. Some artists will interact with viewers and share their experiences relating to performing art.