Back to normal as the city's cultural troupes are busy rehearsing

With the easing of lockdown measures, cultural troupes are busy creating new works and rehearsing for stage performances. The lockdown did not deter performers from striving for artistic excellence.

The Shanghai Acrobatic Troupe's acrobatic performers have already begun their busy practices and rehearsals for the original play "Battle of Shanghai."

Some parts of the play, like the eighth chapter, which is about the liberation of Shanghai in 1949, will be improved with new movements and choreography, stunning stage sets and multimedia acts.

The play deals with the moving story of soldiers fighting for the city's liberation. It incorporates acrobatics, dance, magic and traditional Chinese theater. The show's national tour, which began in 2019, wowed both critics and audiences.

The revised version, according to Ma Chencheng, president of SMG Live, will represent Shanghai at the 13th China Art Festival in September. 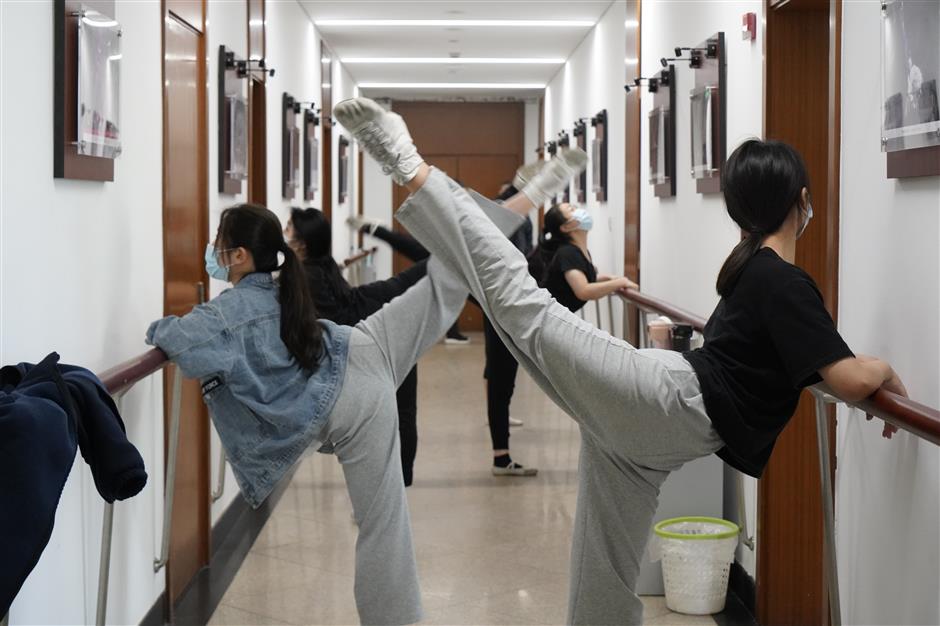 Acrobatic performers stretch their legs in the corridor leading to the rehearsal hall of the Shanghai Acrobatic Troupe.

Meanwhile, the troupe and the Shanghai Circus School are developing a new play called "Ode to Tianshan." The play reflects on the efforts of the country's forefathers in the construction and development of the Xinjiang Uygur Autonomous Region over the years.

The Shanghai Huju Opera Theater has presented 52 cloud performances of concerts and classic plays such as "Daughter of Dunhuang" and "The Red Lantern" over the last two months, attracting more than 1 million online viewers.

Mao Shanyu, the theater's director, has composed a special song called "Born in the Prosperous City of Shanghai" as a tribute to the city's efforts and success in combating the pandemic.

It will also be featured in the popular Huju Opera play "Daughter of Dunhuang," which narrates the story of Shanghai native Fan Jinshi, who worked as an archeologist for half a century to preserve ancient murals at Mogao Caves in Dunhuang, northwest China's Gansu Province.

Hong Liyong, a Huju Opera performer who worked as a community volunteer during the lockdown, wrote a new Shanghai dialect song to encourage more people to volunteer.

Performers also continued to hone their vocal abilities. Some of them have made interactive singing videos to get the audience involved. New Huju Opera plays such as "Chen Yi in Shanghai" and "Dong Meiqing" are also being staged.

Xiaoguo is working on new comedy performances and programs. This month, talented comedians such as Liang Haiyuan, Jiang Zihao and Zhang Jun will perform hilarious stand-up comedy shows across the country.

The company has also begun working on flash mob projects with a focus on youth culture and street arts.

Meanwhile, its new comedy variety show "Stand-up Comedy" has debuted on Tencent's streaming platform. The show gives viewers an inside look at various occupations and lifestyles. It also documents the entire process of creating a successful special show act and features behind-the-scenes stories from the comedians. 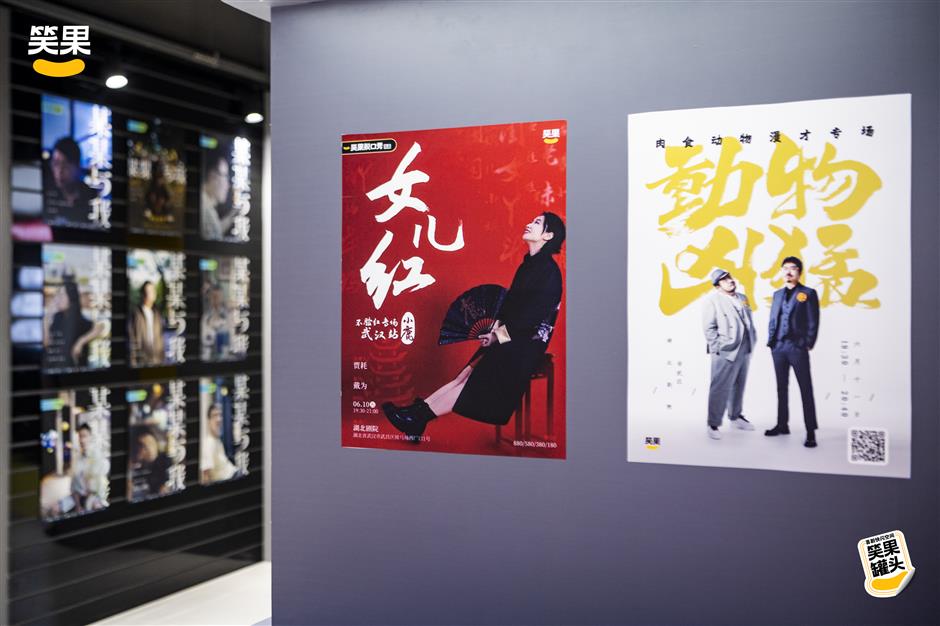 Xiaoguo is working on new comedy performances and programs.

It depicts the heroes' faith, perseverance and dedication to the country, based on true stories of the Party's underground members and revolutionary martyrs.

The new original urban comedy "Bao Xing Li" is being polished by Shanghai Farce Troupe and SMG Live. The farce revolves around the efforts of community workers to renovate the city's old residential areas.

It made its debut at the 7th Shanghai International Comedy Festival last year. 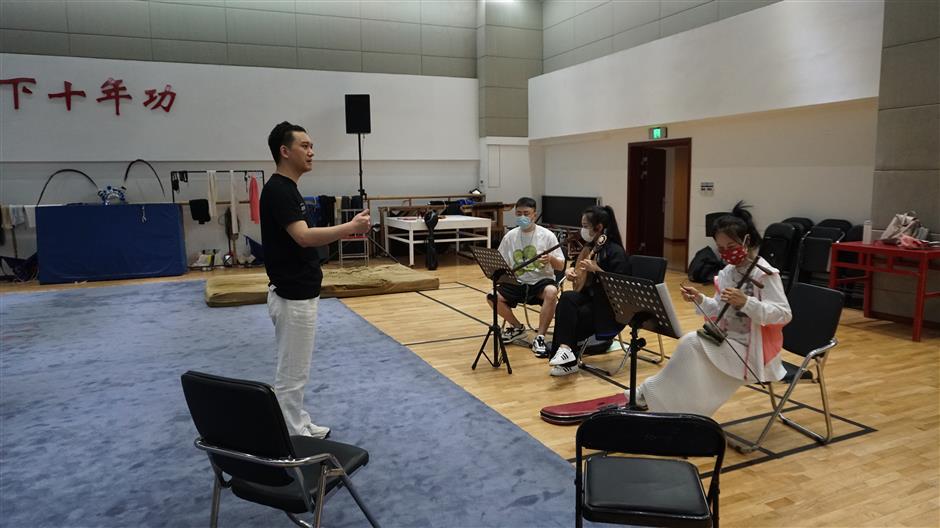 Fu Xiru (left) works on his vocal skills with a band at Shanghai Peking Opera Company.