"Second Life" is part of CCTV.com's documentary trilogy "Life." The eight-episode series is being aired on CCTV.com, Bilibili and Dragon TV.

After the success of "The Firsts in Life" in 2020, the series is now focusing its lens on the kinds of challenges people face in life and big decisions they make at crucial times. From various perspectives, it records the courage, tenacity and spirit of people during difficult times. 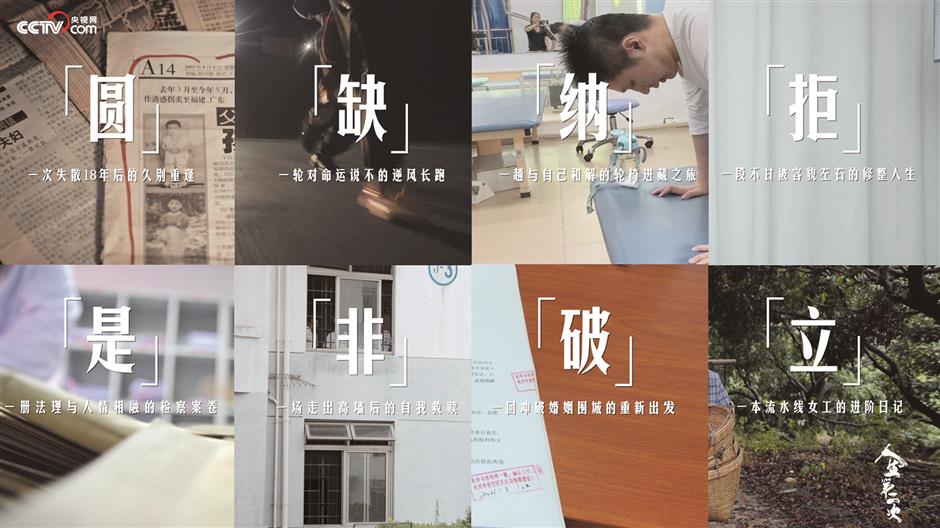 The documentary series "Second Life" comprises eight stories of people who have overcome substantial setbacks in life and started over again.

The first episode, "Reunion Restaurant," deals with a family that lived through the pains of child abduction for 18 years. The child, who was raised by another family in Guangdong Province, faces a hard choice after discovery. He doesn't want to hurt the feelings of his adoptive parents, but he is also eager to meet his biological parents.

The story of Bai Jian in episode 2 is an unusual one. For a long time, the man from Anshan, Liaoning Province, trains children from divorced families and poor families for long-distance running. He also teaches them the values of traditional Chinese culture. But when Bai's own child was born, the children start to feel insecure because of the strong emotional bonds they have built with him.

He Huajie is a young man who was paralyzed in the lower part of his body after a traffic accident, but chooses to live a meaningful life. He thought of suicide in the beginning, but "some birds are not meant to be caged, their feathers are just too bright" – a line from the American movie "The Shawshank Redemption" stopped him from attempting that.

After learning basic living skills on a wheelchair, he decides to go on a drive on the Sichuan-Tibet highway, where he encounters a hail storm.

The series also deals with stories about plastic surgeries and divorce lawsuits, and recounts migrant workers' efforts to settle down in the city of Shenzhen, Guangdong Province. 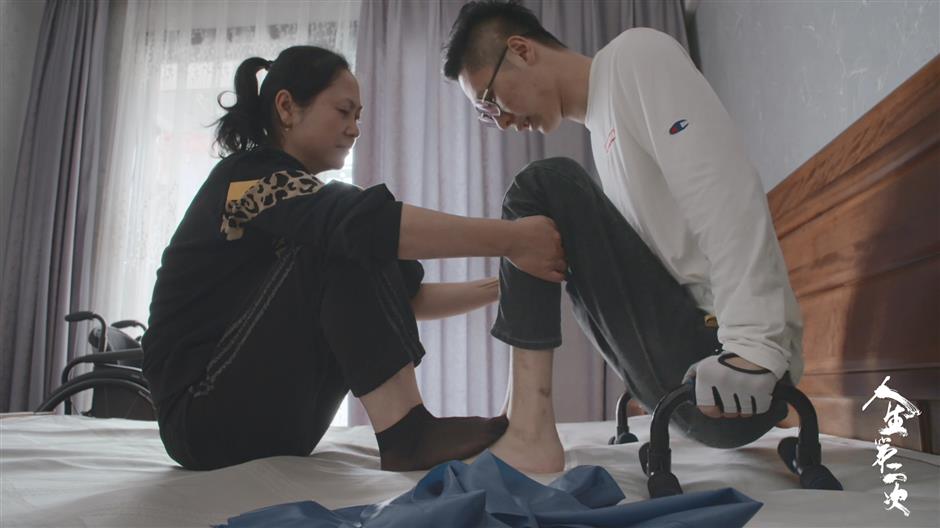 The series centers on people's handling of unexpected circumstances and records their courage, tenacity and spirit during difficult times.

The first part of the trilogy was about the important points in one's life, such as birth, going to school, marriage and retirement, according to producer Zhang Hao. The second installment, Zhang said, centers on people's handling of unexpected circumstances. It is both dramatic and complicated.

It took Zhang and his team a year and a half to shoot the series. They were also observers and witnesses to the efforts of ordinary people to reconcile with their pasts and rebuild their lives. The inherent power of ordinary people most impressed them.

"The boundaries of documentary and some variety programs are blurred nowadays," Zhang said. "We hope to give humanistic expression in the documentaries."

In addition, Zhang and his team are also working on another series on wet markets across the country and their distinctive flavors.