Miumiu, 6, sits in front of a white wall, holding a guitar almost as big as she is. With the first strum of the strings, listeners are captivated. She launches into the prelude solo of “Hotel California” — the 1994 “Hell Freezes Over” version.

The song is on a YouTube video entitled “One Girl, One Band.” It has turned Miumiu into something of an online sensation, with more than 2 million viewers.

In the video, Miumiu begins to slowly emerge on the screen. She is the lead vocal, background vocal, drummer, bass player, acoustic guitarist, and she even plays the maraca. The song ends with a fluid electric guitar solo.

Miumiu, whose real name is Zhou Zhaoyan, lives in the Jiangsu Province capital of Nanjing with her parents. Although she doesn’t seem to fully understand the words she is singing, her performance is nonetheless fascinating to audiences in China and abroad, largely due to her deft guitar playing.

In fact, it’s hard to separate the girl from her music.

“I can play classical, acoustic and electric guitar, as well as ukulele, piano and drums,” she said with a sense of youthful exuberance. “I can play them all.”

One of the most popular comments about her performance on her YouTube channel probably summarizes her extraordinary talent best: “I’m pretty sure I was still eating dirt when I was 6 years old.” 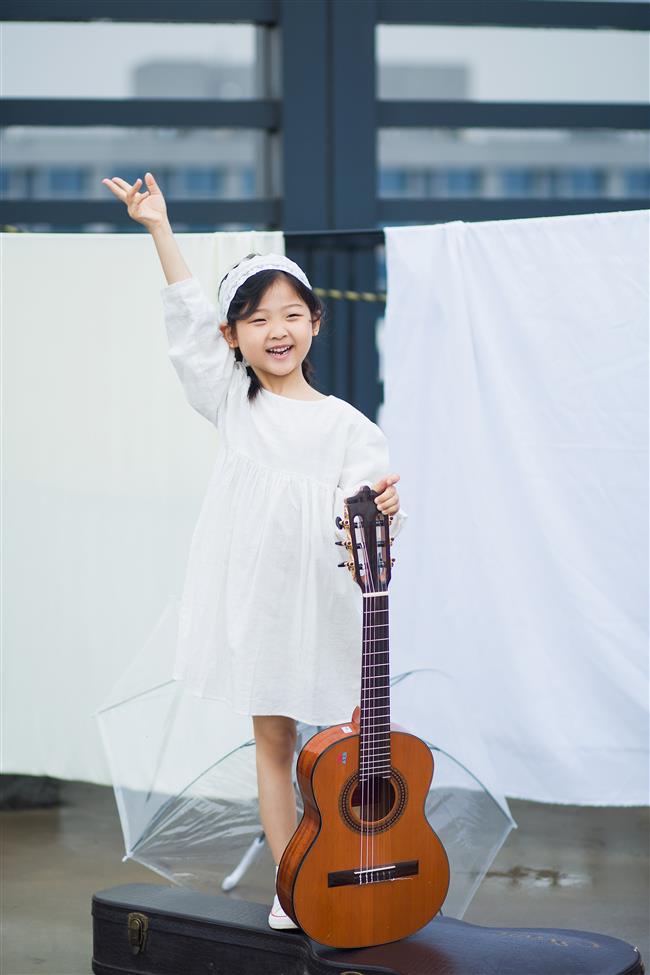 Both common listeners and professional musicians are captivated by the music Miumiu plays.

Miumiu’s mother, who wants to be identified only by the surname Zhou, said her daughter started to learn the guitar at age 3. It was a natural place for her musical talent to take hold because her father played the instrument.

“She started with classical guitar because the strings are softer and wouldn’t hurt her little fingers,” said Zhou. “We ordered a kid’s guitar so that she could play comfortably.”

As her fingers grew and strengthened, Miumiu progressed to folk and electric guitar.

“Actually, she plays other instruments, such as drum and piano, very casually,” Zhou said. “Guitar is always her favorite.”

On the Chinese video platform Bilibili is a recording with a more detailed look at Miumiu’s rather short but surprising career. It shows her singing a song — without guitar — when she was 4 years old and progresses to the present day, where she is demonstrating guitar chords to viewers.

Zhou said all the videos were initially just as a way of recording her daughter’s growth. She had no idea they would create a bit of a sensation when posted.

During the coronavirus epidemic, when school classrooms were suspended, Miumiu had more time at home to practice, so more videos were recorded.

The girl’s music has attracted professional musicians as well as common audiences.

Her rendition of the ballad “Fly Me to the Moon” caught the attention of Italian musician Bruno Zucchetti. He gathered together his band, including a trumpeter, a bass player and a drummer, and turned Miumiu’s performance into a bossa nova version, with himself playing keyboard.

Since Italy was in coronavirus lockdown at the time, the musicians recorded their respective parts at home and post-processed the tracks together. The video was posted on YouTube with the caption “from Italy with heart.” 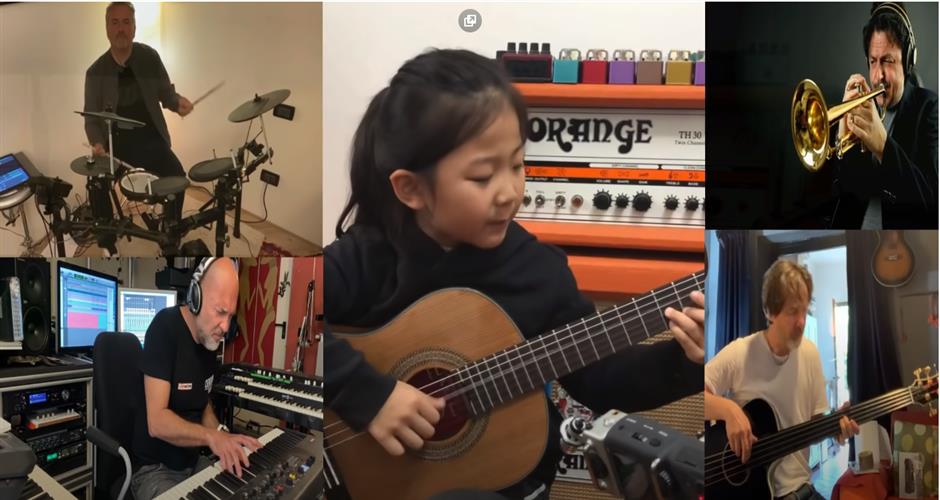 Viewers praised the video as “soothing” during such a difficult time.

“It’s heart-warming to see beautiful cross-border music collaboration like that during this dreadful pandemic time,” commented Lee Choo under the video.

Zhou said she and Miumiu’s father never imagined that the videos would go viral.

“Fortunately,” she said, “our life is still more or less the same as before, and Miumiu doesn’t know what 'celebrity' means. She is still a young girl who loves candies and toys.”

Miumiu does admit, however, that she is sometimes approached by strangers on the street.

But is she really just a happy little girl who happens to have an extraordinary musical talent or is there something more manipulative at play?

Some netizens, noting that Miumiu doesn’t smile often in the videos, have speculated that perhaps her parents are forcing her to learn instruments.

“That’s just not true,” her mother said. “We just record her natural condition when she’s playing the guitar. Miumiu has other interests, such as modeling super light clay or just watching cartoons, and we fully support her.”

Zhou said that now as the school classrooms have resumed, Miumiu practices guitar for about an hour a day because she needs time for homework and other activities.

Despite her musical talent, Miumiu said she would like to become a doctor when she grows up.

“It’s because I don’t want to lose my parents and grandparents,” she explained. “If I am a doctor, I could protect them.”

So what are her growing pains?

What does she think about her ear for music? Well, she seems more proud of her physical ear.

“I have an elf’s ear,” she said, raising her hair to reveal a small point on the upper part of her right ear. “My grandma says I might be half elf, but then why don’t I have wings?”

﻿
Special Reports
﻿
Young music star pulls at our heartstrings
Beethoven performance 'like a fish returning to the sea'
Disabled people benefit from 'one click'
Six-year-old photographer amazes Internet
Time to leave home for a breath of fresh air
For one survivor, variety is the spice of life
Sino-Italian fashion event focuses on unity, resilience
Quality Life Week is more than consumption stimulus
10th flower expo countdown springs into life
Countdown to 'Blossom with a Chinese Dream'
EXPLORE SHINE