A celebration of women from all walks of life

Today, the International Women’s Day, is a big day for Hangzhou women. The Hangzhou Women’s Federation is hosting a series of activities to protect women’s rights and provide social resources for female entrepreneurs, including free legal advice and consultations, livestreaming sales training and makeup and hairstyle courses.

As a national model for improving women’s social status in every facet, the federation encourages women to realize their self-worth and make their voices heard.

To spur self-motivation, initiative and creativity among females, the federation partners with the Hangzhou Federation of Trade Unions to honor 10 prominent women from all walks of life every year.

When people think about welders, they often picture a man holding a welding tool with sparks flying around. In Hangzhou, Liu, 44, is breaking the gender stereotype with her superb skills. She is one of the top welders in Hangzhou and the director of the training department for employees. Last month, Liu was granted the “Special Government Allowance” from the State Council for her contributions to the welding field.

“It’s a great honor to receive recognition from the central government,” she said. “I hope more women will become welders, because it’s not exclusive to men. On the contrary, we have a lot of advantages, including patience and ingenuity.” 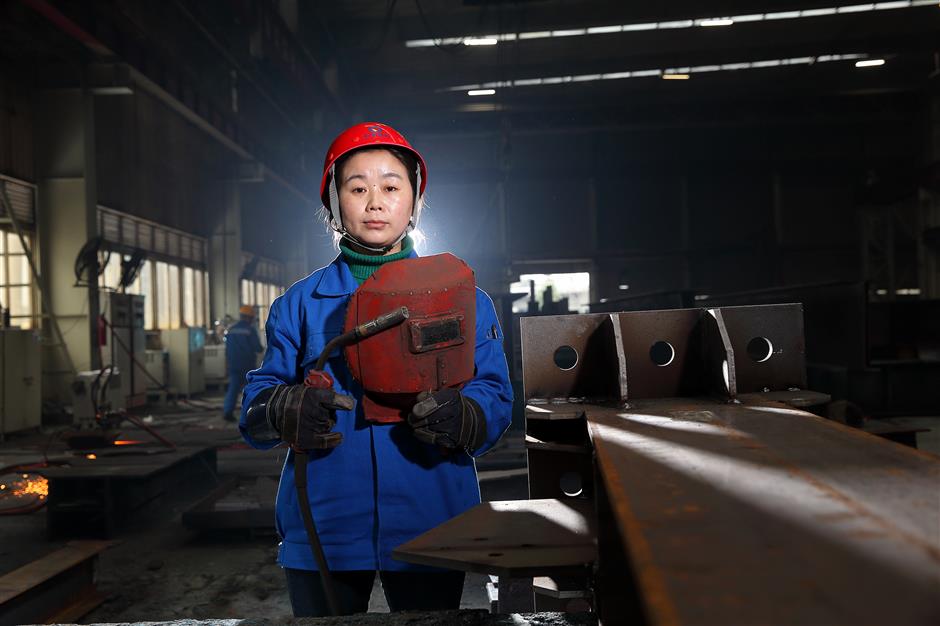 Liu Kemin, a welder at Hangxiao Steel Structure Company, receives the award of “10 Outstanding Women of the Year” from Hangzhou Federation of Trade Unions and Hangzhou Women’s Federation last week. Despite the harsh environment, she breaks the gender stereotype through superb skills.

Liu started her welding career at the age of 17. Due to a lack of protective equipment at the time, she often suffered from conjunctivitis and burns.

“My family told me to give up, but I persisted,” she said. “I’ve proven that women can excel at the job, and there is no difference between male and female welders.”

After working in a shipbuilding factory for many years, Liu was recruited by Hangxiao Steel Structure in 1998. In a skills competition, she beat her competitors by her sophisticated skills and soon became the backbone of the factory.

“Even my boss came to watch me welding steel,” Liu said, chuckling. “He was very curious about my technique.”

In 2005, the company established a training workshop and invited Liu to be the director. Then the company required all new employees to be trained by her.

So far, she has trained about 1,500 workers. Because Hangxiao Steel Structure also has overseas welding projects, Liu has trained workers to get professional credentials from other countries.

Over the years, Liu has led her team to work on a dozen construction projects of prominent buildings in China and abroad, including the Airrail Center Frankfurt in Germany, Shenzhen North Railway Station and Hangzhou International Expo Center.

“Responsibility and dedication are the key to being a professional welder,” she said. “We wear cumbersome protective gear and hold heavy machines in a sizzling environment. Patience and persistence are required, especially during the summer.”

Jiang is the head nurse at Hangzhou Xixi Hospital, one of the designated hospitals in Hangzhou for COVID-19 patients last year.

On February 2, 2020, she began taking care of patients and was quarantined in the hospital for about 20 days. While working for long hours, she had to fight off hunger and thirst because of the protective gear she wore.

“At first, I had to wear an adult diaper,” Jiang said. “Later, I found I was so drenched in sweat that I didn’t have to urinate. It was very hot and stuffy wearing a protective suit all day.”

It took Jiang about 20 minutes to put on a full protective suit, including goggles, shoe covers, layers of gloves, a hazmat suit, medical cap and at least two masks.

“We had to make sure every inch of our skin was sealed,” she said. “As the head nurse, I also supervised colleagues when they put on their protective suits. If we had gotten infected, there wouldn’t have been anyone to take care of patients.” 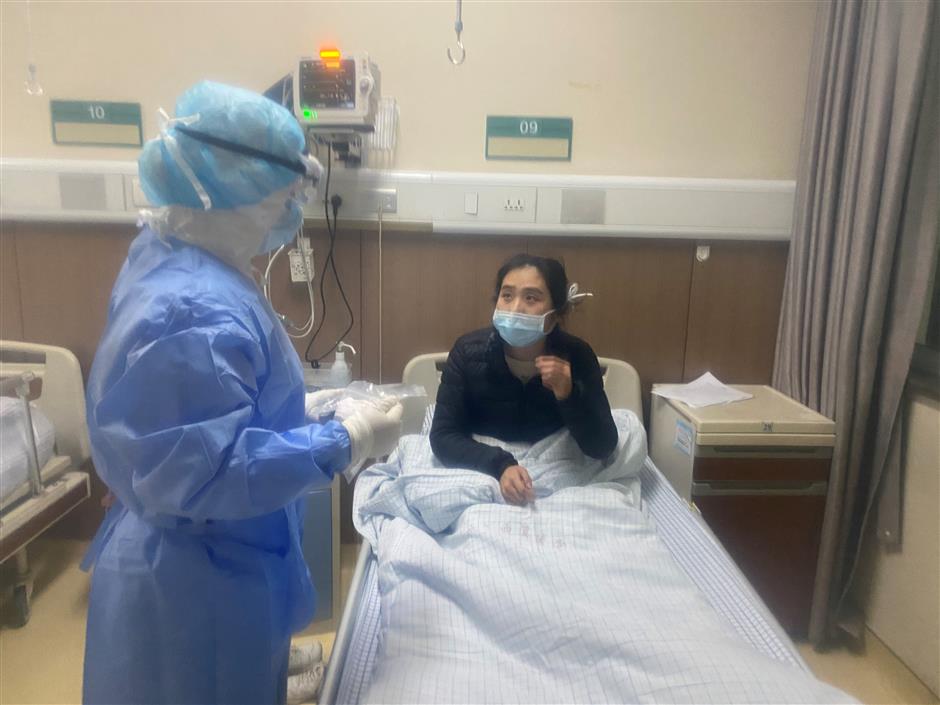 Jiang Yuhong, head nurse at Hangzhou Xixi Hospital, takes care of a COVID-19 patient last year. She is honored for her dedication to fight against the novel coronavirus.

A 17-year-old autistic patient, who couldn’t communicate with the medical staff initially, made treatment more difficult. However, Jiang discovered the boy could type, so he was able to contact with medical workers via his cellphone.

“He gradually accepted us,” said Jiang. “We needed a lot of time to care about patients’ psychological conditions and became their temporary family members when he was in hospital without the companion with his own family.”