The artist who caused a panic attack

Douglas is a British artist whose work has taken the form of abstract paintings and sculptures. She has lived in New York and has been a teacher and a professor over the past decade. Her art calls on us to celebrate, humbly yet unapologetically, the otherness and uniqueness of each individual. 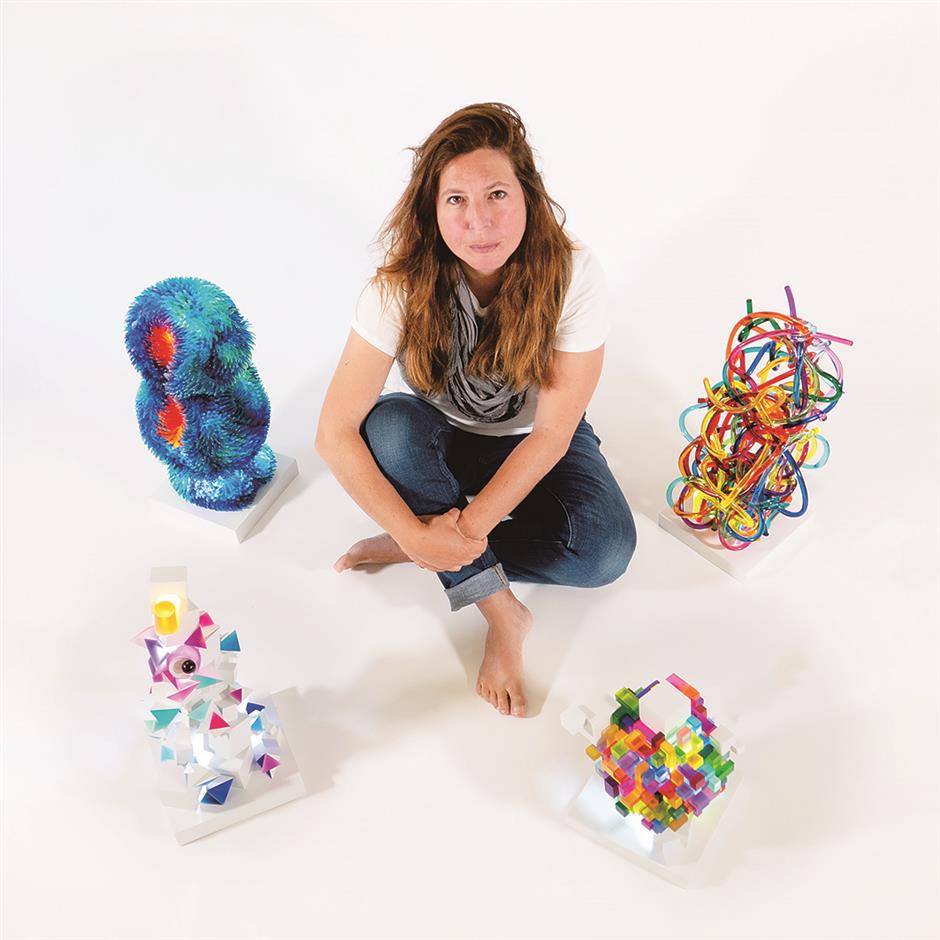 Douglas with sculptures from the recent "I'MPERFECT" series.

It's essentially my job, and my life," Missy Douglas said when we asked what art meant to her.

Douglas is a British artist whose work has taken the form of abstract paintings and sculptures. She has lived in New York and has been a teacher and a professor over the past decade. Her art calls on us to celebrate, humbly yet unapologetically, the otherness and uniqueness of each individual.

In one of her most renowned collections of paintings – "2:365" – Douglas painted one canvas a day for an entire year to visualize her feelings and emotions as someone with bipolar disorder, most authentically how her mood changed between depression and mania.

"I felt quite ashamed and felt like I was oversharing, so I destroyed most of the paintings afterward," she said, as if telling someone else's story.

Naturally, this left us speechless for a second during the Zoom interview.

"However, we had people come to me and tell me which paintings had spoken to them. Someone even had a panic attack after seeing one of the paintings."

"But we are normal people. We do have to pay the bills, go to the grocery store, and we do watch TV." She gave a little laugh. Douglas now lives in a beautiful house in Seattle with her husband Kim Rask, with whom she works in their Uckiood studio. 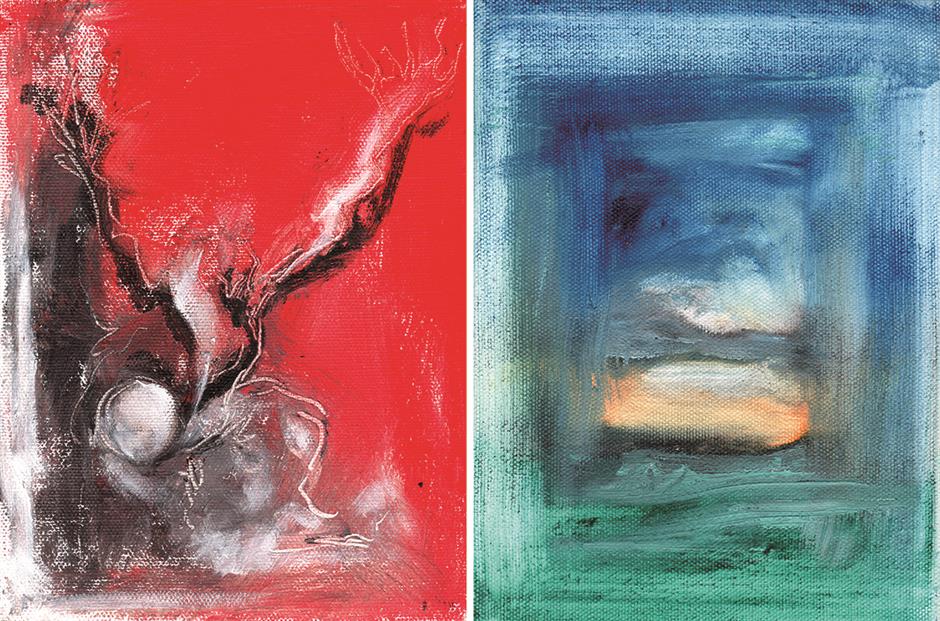 Q: How much should we rely on art as a means to heal or feel better?

A: Art has its great therapeutic power, and art therapy is a field that's been expanding, especially during COVID-19; a lot of people have turned to any kind of artistic endeavor to not only occupy themselves but also to find ways to make sense of what's going on around them and to calm themselves down. I can't imagine a world without any kind of culture or arts; it would be a jolly nasty place if we didn't have art.

Q: How do you ground yourself in reality?

A: Reality doesn't change: it's merely the filter through which you see reality that changes. And that filter affects the way you engage with the world, during a manic or a depressive episode. You'll come to realize that the state you are in is quite temporary, that these phases pass – they always do, and that's something you learn as your relationship with the illness matures, every time.

Q: What was the inspiration of your collection "2:365"? Especially since you went off medication for an entire year.

A:  The "2" refers to the two states of bipolar, and "365" is the 365 days over which the project extended. At the end of 2012, we (Rask and Douglas) discussed if we could look at bipolar disorder as a subject in its own right. Nine years ago, people weren't as well-versed as we are now in mental health, so it was a bit of a gamble, and I hadn't told anyone I had this, so this was almost my way of coming out.

A: I think it was really helpful because I was reached out to by lots and lots of people around the world. Someone even said, "oh my goodness, I had a panic attack when I saw that painting because you tapped into the core of the emotion I felt at the moment." People tried to decode the images, and in the book there were diary entries, so people could connect the dots (to the paintings). However, though I wasn't advertising the fact that I had a disorder, people wanted me to become an advocate for bipolar disorder. I felt quite uncomfortable because I didn't feel qualified. I was just a painter at that time. I felt that I was being judged, so I destroyed most of the paintings afterward. I'm able to come to peace with it now, and I do appreciate the impact it has created beyond our studio. I felt very privileged in the fact that I could talk about this subject and express my relationship with it through my profession. It encouraged a good conversation, and if it pushed things on a little bit, it did its job. 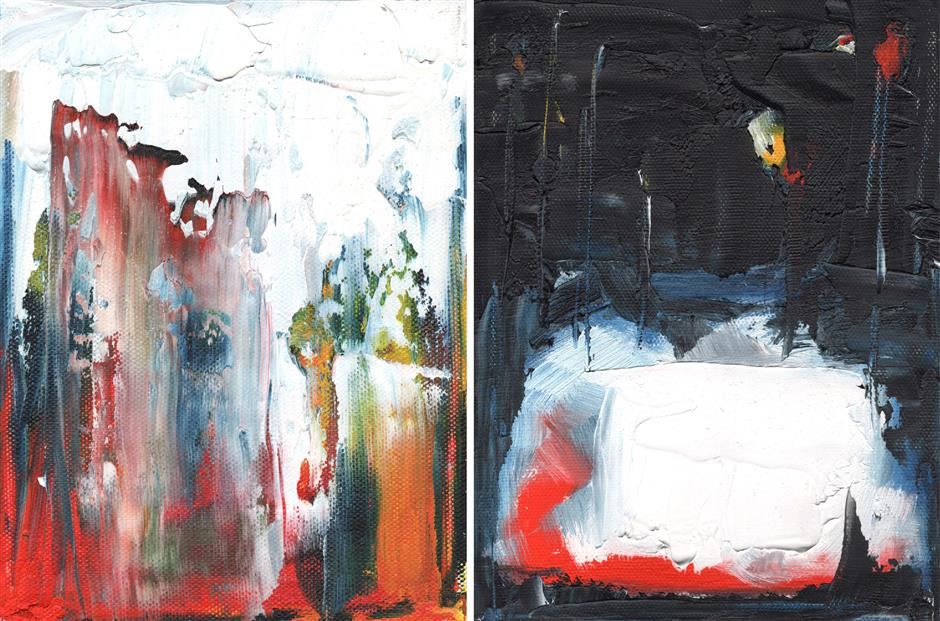 Q: What one piece of advice would you give to people who want to use art/artistic expression as a coping mechanism?

A: I think it's a great idea because sometimes it can be too hard to talk with people. You fear that it might have an impact on your career or on your family and friends, and you worry that you might be rejected. So whether it's just picking up a pencil and a piece of paper – you don't have to invest in a lot of equipment.

Q: What would you do when you are feeling uneasy?

A: First, I get out of the city. I get out of the studio. I go hiking. But when I do have to work, I do something called "process work," which is repetitive, small tasks. For instance, our recent sculpture work involves the hand-casting and applying of thousands of tiny elements, and that's therapeutic for me. I can concentrate, and it's quite mundane. It kind of calms everything down. 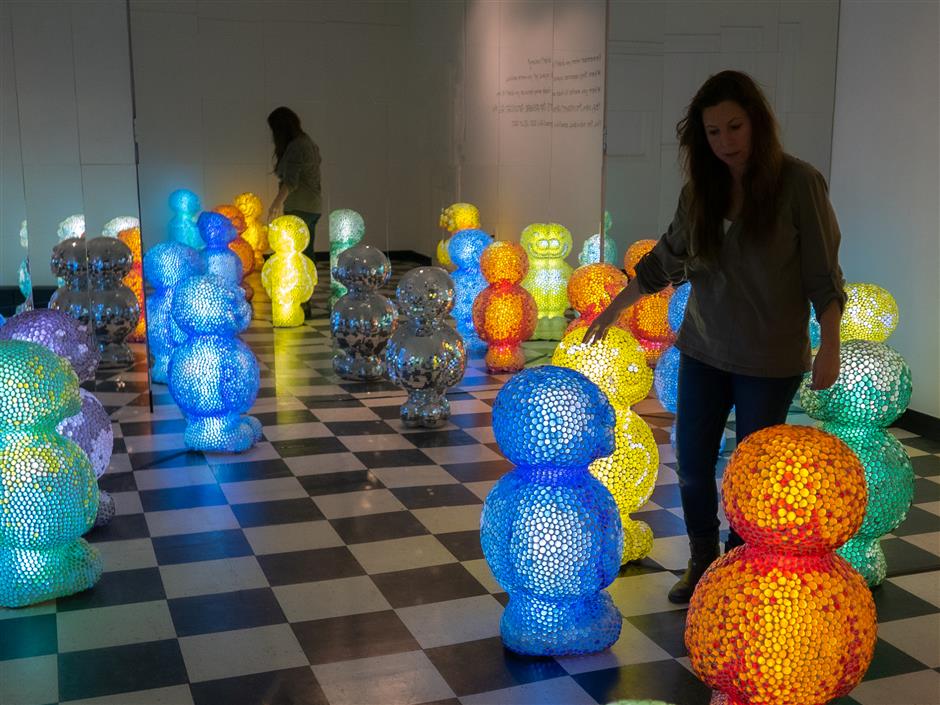 Douglas at the installation of the Odd Jelly Out: Introversion show (2019)

Q: What are the main ideas behind your latest collection of sculptures "I'MPERFECT" and your serial collection "Odd Jelly Out?"

A: The concept of these projects is something that both Kim and I resonate with, slightly. So "Odd Jelly Out" looked at what it felt like being an outsider, and then the story arc continued as we were in the middle of the "I'MPERFECT" series, which celebrates otherness: You can be imperfect, but through your imperfection you can be perfect. And there's no such thing as being an outsider, because everybody is one. You will find your tribe. 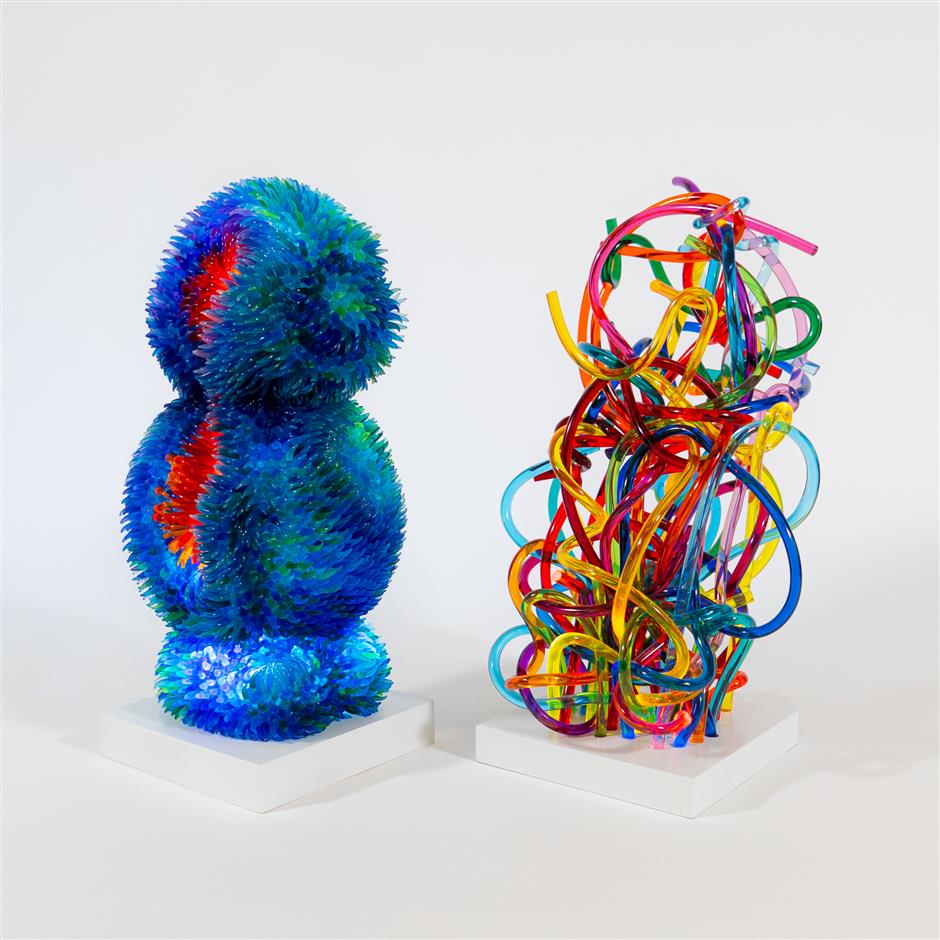 Q: How has the COVID-19 affected your life as an artist? How did you handle the difficulties and hard feelings?

A: It has been very hard for us, and we lost contracts and couldn't get materials. However, artists are pretty good at living and working in isolation, and it gave us time to think about what we really wanted to do when things started to get better. I think the key was accepting the magnitude you were in, and the fact that you couldn't control it. If you keep on biting against it, you wouldn't get anywhere.

Like her artworks? Go visit www.uckiood.com for more information.