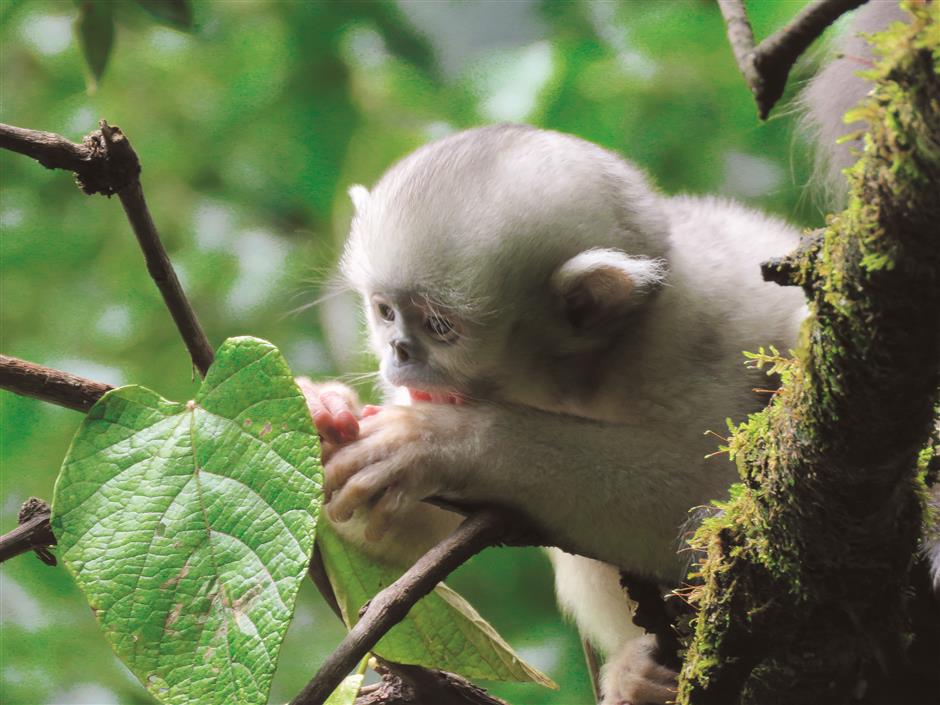 These agile and elusive creatures dubbed "elves in the snow mountains" live only in China's Yunnan Province and Mangkang County in southeastern Tibet Autonomous Region. They inhabit an environment more than 3,000 meters above the temperate coniferous forest searching for lichen, their main food. And they are the only non-human primate living in coniferous forest.

Yunnan golden monkeys are one of the most prized protected animals in China. They were listed with the first class of protected animals by the Chinese government in 1977 as well as the China Species Red List. The species is classified as endangered in the International Union for Conservation of Nature Red List of Threatened Species in 2008. 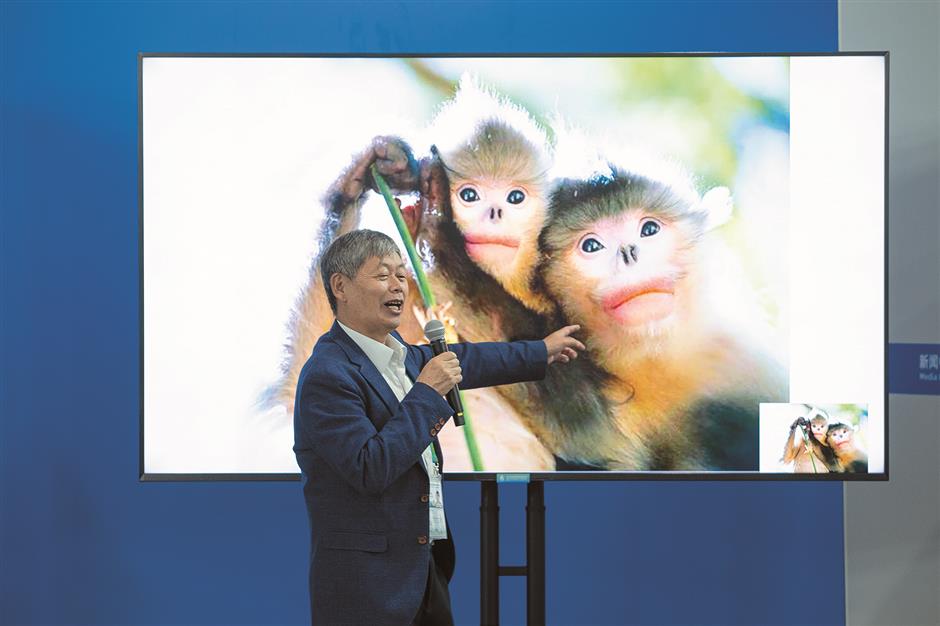 Long Yongcheng, honorary chairman of the Chinese Primate Society and chief scientist of the Alashan SEE Southwest Center, gives a speech at the COP-15 Summit.

According to studies published by Long Yongcheng, honorary chairman of the Chinese Primate Society and chief scientist at the Alashan SEE Southwest Center, the golden monkeys population is estimated to be around 4,000 divided into 19 distinct groups. They are threatened by habitat loss and degradation, as well as illegal hunting.

Of all primates, their family structures most resemble humans, forming families, clans and villages one level after another. Their scientific value is equally important, as their movement indicates the existence of a vast primitive forest. By protecting them as an "umbrella species," selected for making conservation-related decisions, many other species that make up the ecological community of the habitat can be protected.

After the United Nations Biodiversity Conference (COP-15) Summit was held last month in Kunming, Yunnan Province, Shanghai Daily went to the picturesque landlocked province that supports an unusually full spectrum of species and vegetation types to find the mysterious golden monkeys, and try to figure out what kind of efforts are being made to protect these adorable creatures. 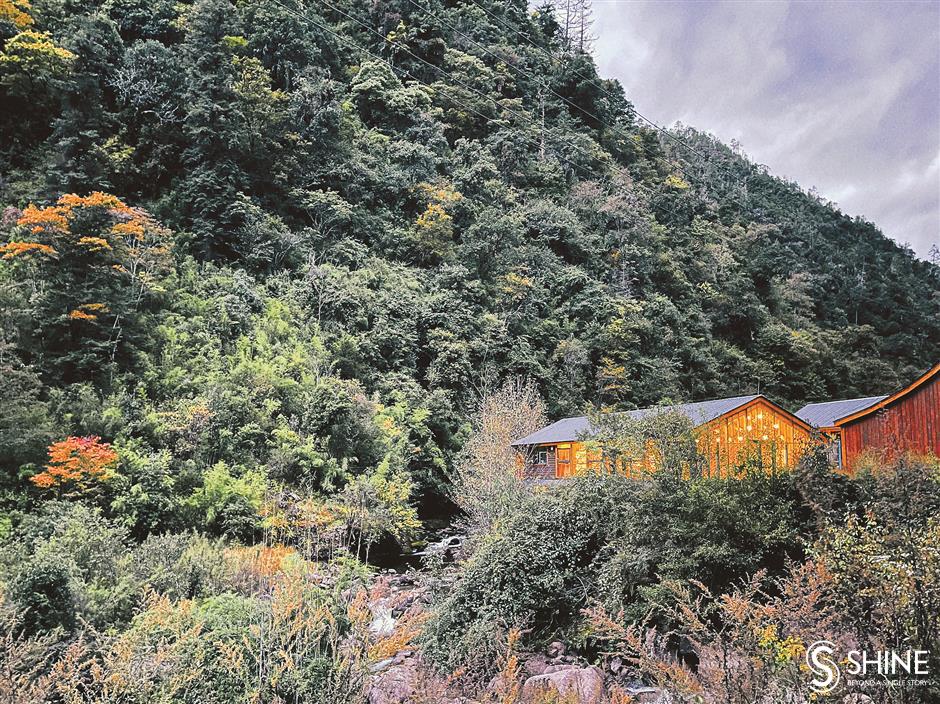 In Liju Village, about 100 kilometers from the city center of Lijiang County in Yunnan Province, under the foot of the Laojun Mountain lies the Yunnan Snub-nosed Monkey Range-wide Protection Network & Nature Center, organized by the Biodiversity Conservation Center, Laojun Mountain, Lijiang. The center is designated to protect the most endangered groups of the three gene pools of the entire species.

Located in the Three Parallel Rivers (Jinsha River, Lancang River and Nujiang River) of Yunnan, Laojun Mountain is one of the main habitats for the black snub-nosed monkey. It boasts the biggest primitive forest in Lijiang County, plus its vital ecological niche, providing a paradise for the Jinsichang and Dapingzi groups of the black-and-white elves, which comprises one-tenth of the total population.

To reestablish the population of the golden monkeys, the conservation center has a multi-faceted approach: scientific protection, which includes tracking monkeys on site; community education, consisting of alternative livelihood development, resource management and tackling trafficking and hunting; and nature education with numerous educational events involved. 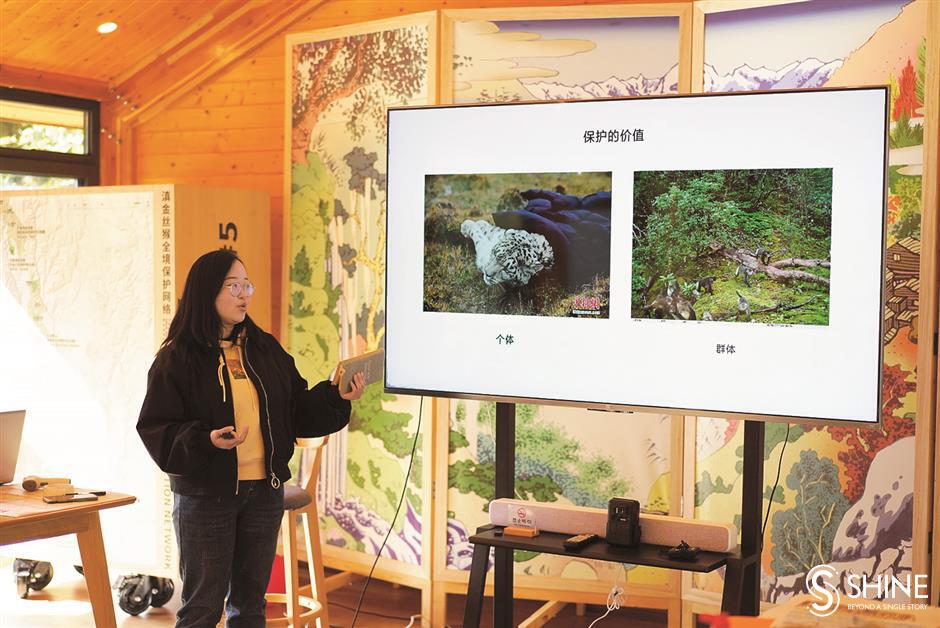 Zhang Fang, president of the Laojun Mountain center and head of the nature education development

"We provide training and funding to help local villages find new livelihoods, and encourage them to use alternative energy and reduce deforestation, thus find the balance to coexist with the Yunnan golden monkeys and other wildlife," said 32-year-old Zhang Fang, president of the Laojun Mountain center and head of the nature education development.

The nature enthusiast from the Naxi ethic group also calls herself fir, an evergreen coniferous tree where the monkey lives, out of her fascination of the plant and the creature. 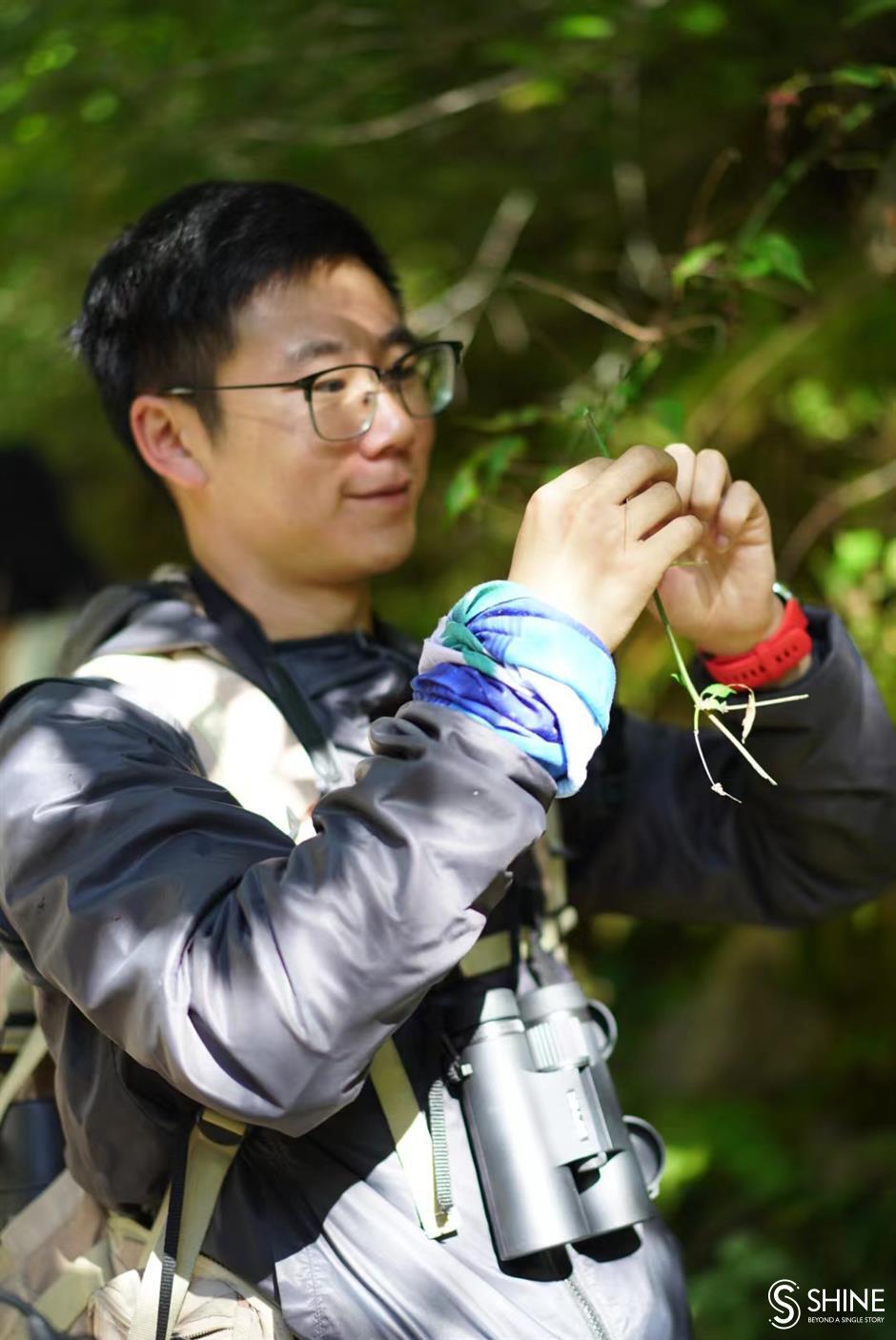 Every month, Li Ruxue, a wildlife protection consultant at the center, and his colleagues spend about two weeks ranging on the mountain, tracking the black snub-nosed monkeys and other species, setting on-board infrared cameras and visiting families dwelling on the mountain.

Four full-time park rangers at the center are all local villagers from the Lisu ethic group. Growing up in this beloved land, they act as professional guides and find the ranger job sustainable and stable enough to provide for their families. 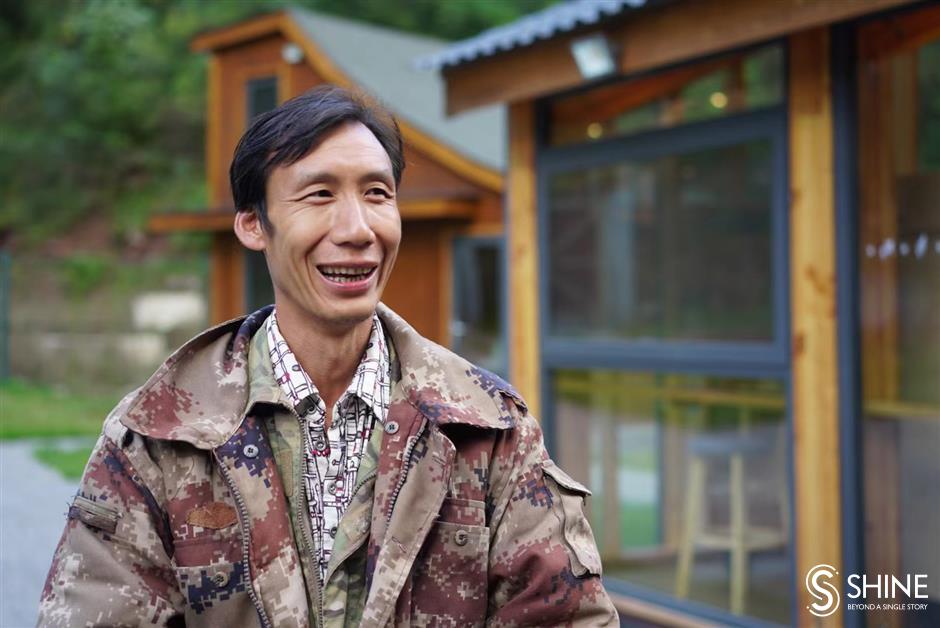 "We used to tear down numerous traps, including iron wires that could slit the wildlife's throat and beast clips. And we even heard a flurry of shots before," said 36-year-old Feng Chunlin, one of the rangers. "But now most of the villagers get to protect the monkeys and it's getting much better."

One of the biggest challenges Li used to encounter was villagers' ignorance of wildlife protection.

"They used to think it was not their business," said Li, 27, who has four years of experiences investigating skywalker hoolock gibbons on China's border with Myanmar. "Now many of them have found their connection with nature, and realized how important it is to protect the wildlife and environment." 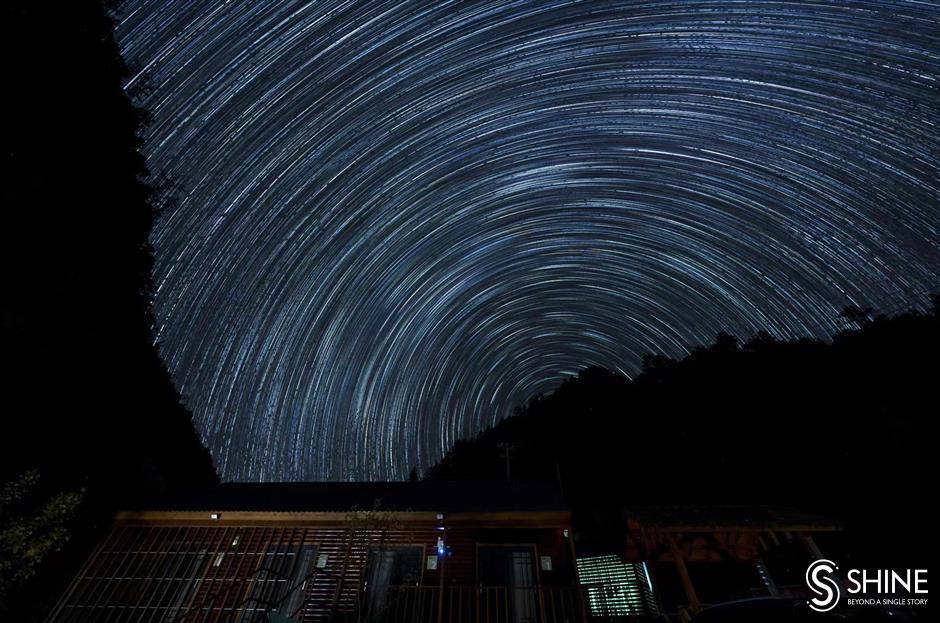 Ever since the 1970s, local authorities in Yunnan have collaborated with academia, social organizations, scientific institutions and local communities to protect the golden monkey as a flagship species – a species chosen to raise support for biodiversity conservation in a given place or social context.

In July of 2019, the Yunnan Province Forestry and Grassland Bureau established a Yunnan snub-nosed monkey protection network to enhance conservation of the animals and their habitats. As of the end of last year, the protection network had restored 407 hectares of forests, where 630,000 spruces, Chinese white pines and firs have been planted. 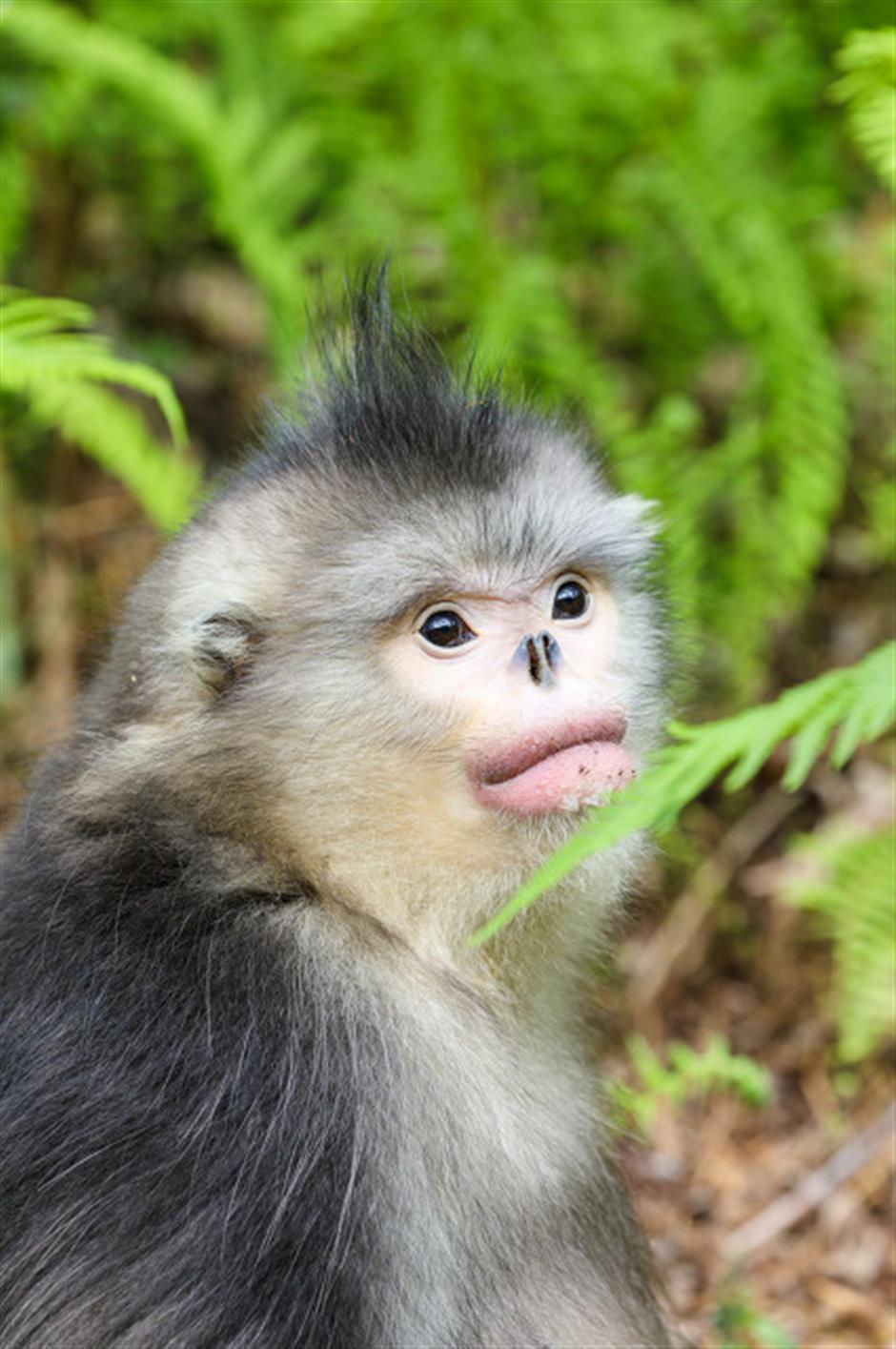 While many villagers once said they had seen the golden monkey on their way to find bamboo shoots and mushrooms, the investigation and protection of the monkey is still arduous, long-term work. "I stepped into this field in 1985 but didn't shoot my first decent picture of the monkey until 1992. Before that it was either its back or its butt," said 65-year-old Long, recalling the hard but fun times in his expedition. "The development of technologies and mass media coverage have helped raise the public awareness to protect the species a lot. I feel extremely content that so many of my dreams had been fulfilled before my retirement in 2016."

"The Yunnan golden snub-nosed monkey is like the pearl in the crown," said Long with a smile. "And I hope one day it will be as popular as the panda."

For more data on the monkeys in different contexts, the Tacheng Yunnan Black Snub-nosed Monkey National Park in Weixi County, Shangri-la, opened to the public in 2011, where visitors can have a close look at a small group of the habituated golden monkeys.

The growing popularity of the wildlife ignites more hopes for protecting elves in the snowy mountains. And after our 10-day trip, professionals at the Laojun Mountain center are on the road again for their new round of protection work. 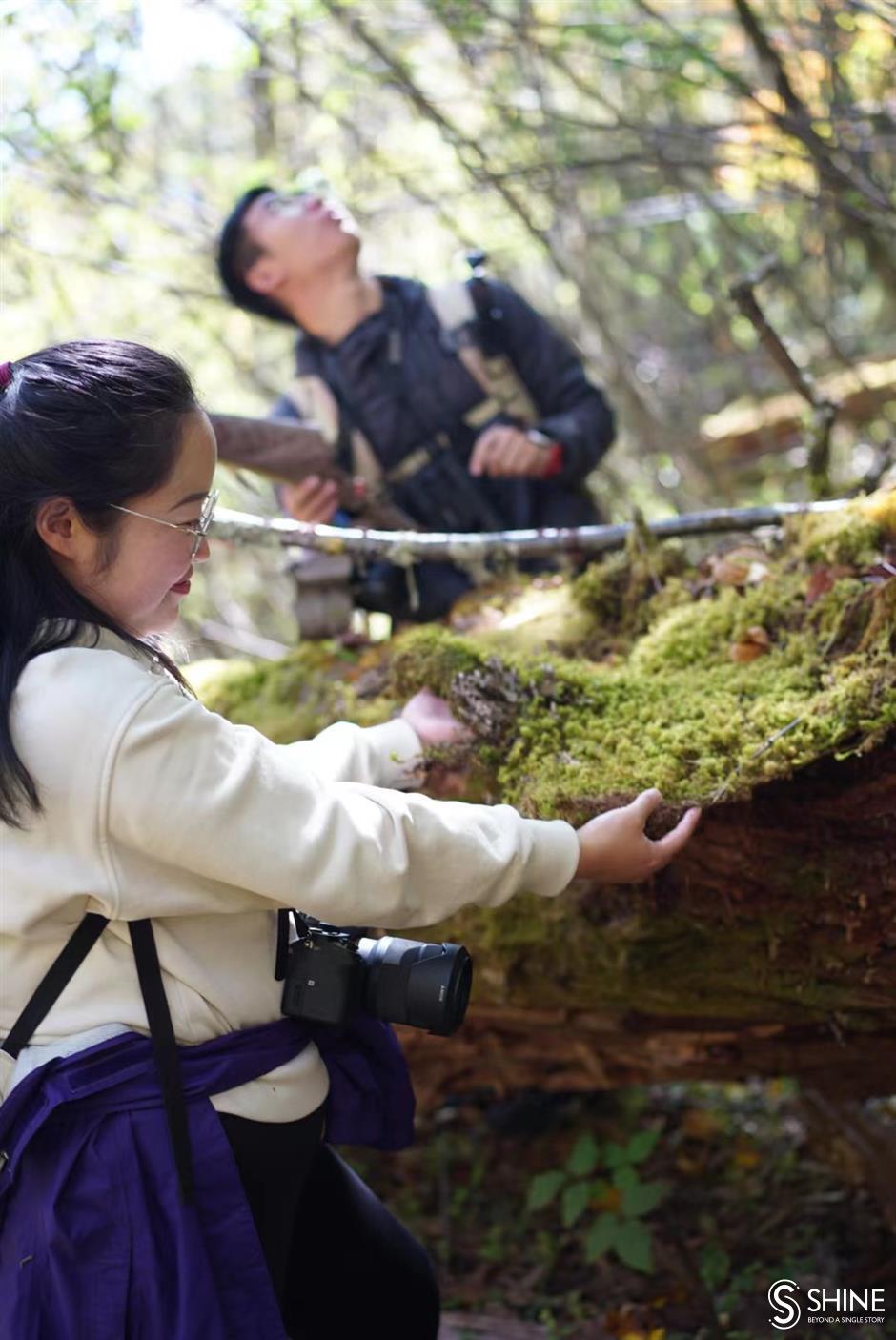 "What we really need to protect is not just the monkey. It surely is important, so are the others," said Zhang. "We human beings are working on a better future for ourselves by protecting the environment, as we are also a vital element of the whole ecosystem."

"And I wish that in the future, more personnel can join the club and protect the wildlife," she added.