Sorting out the confusion as Shanghai's garbage rules change

Over the past week, Shanghai residents have transitioned from disposing garbage freely to one of the strictest waste-sorting regulations in the world.

While many neighborhoods and communities began to follow the new rules months ago so residents had time to get used to the new procedures, some changed overnight after notices arrived in the mail just days before July 1.

Shanghai Fabu (上海发布), the city government’s WeChat account, has a search feature for residents to learn how to sort specific kinds of garbage, but the system is limited — much common waste was not listed and it is only available in Chinese.

The major confusion with Shanghai’s domestic garbage regulation is that it isn’t a one-rule-fits-all situation, but a much more complicated system that takes several factors into account when deciding how to dispose a piece of garbage.

The English translations of the four waste categories are much easier to comprehend than the Chinese equivalent of wet or dry garbage, as the waste is not sorted according to moisture level.

People who are cooking at home every day are faced with more questions when sorting out kitchen waste.

Scraps, leftovers, expired food, fruits and vegetables, flowers and plants are all household food waste according to the official chart, but there are exceptions.

Taking corn as an example, the three parts of a corn — leaves, kernels and cob — are food, but they can’t be thrown into the same brown bin.

The kernels are household food waste because they are perishable and soft; the leaves, however, are residual waste, the same as the leaf wrapper of zongzi, because the strong fiber makes them hard to grind down.

The cob is where many people go wrong, including volunteers featured in news reports. It may seem to be residual waste because it’s large in size and hard to break up by hand, but the cob is actually household food waste that can be processed. 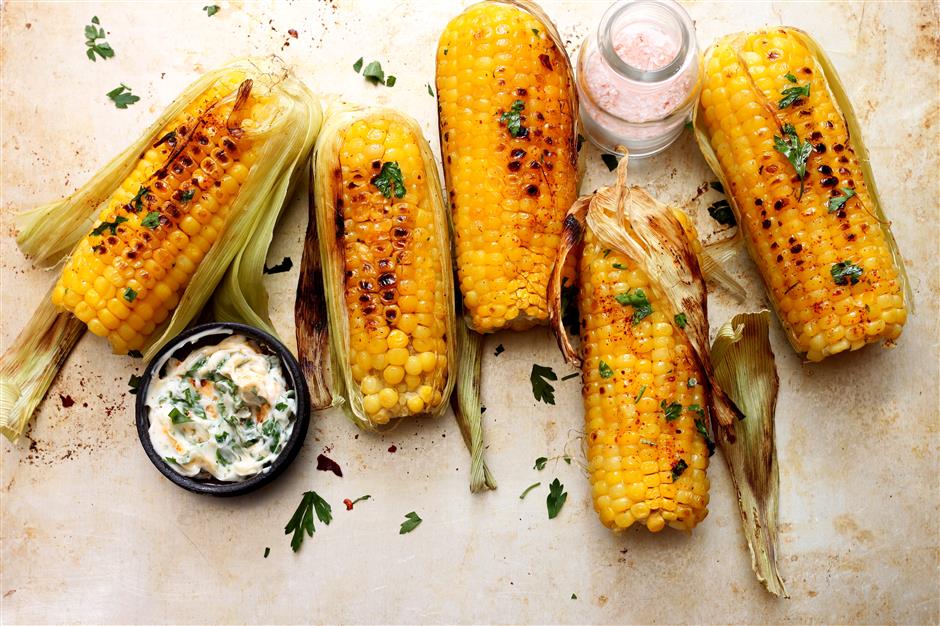 The leaves of corn are residual waste, while the cob is household food waste.

Hence, the texture of waste must also be considered. The bones of poultry and fish are household waste, but the bones of livestock animals (pigs, cows and sheep) and the shells of oysters and clams are residual waste because of their hard texture.

The shell of the small hairy crab is household food waste, while the harder shell of king crab is residual waste.

Anything that goes into the household food waste bin must be free of packaging — if you find a bag of expired chocolates that are individually wrapped, you will have to take the time to remove each one, the wrappers going into the residual waste bin.

The bones of lamb (left) is residual waste, while the chicken bones (right) are household food waste. 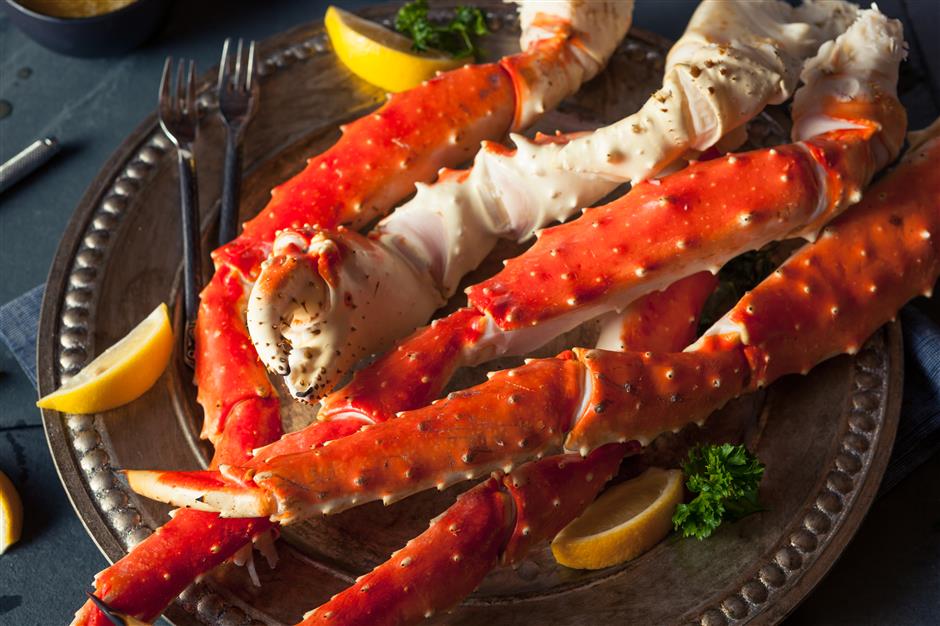 The shell of king crab is considered residual waste because of its hard texture.

But do you need to wash and dry everything that goes into the residual waste bin? No, as long as there is minimal wet material sticking to the plastic packaging, like a sauce packet from instant noodles that’s been used but not 100 percent clean. It goes into the bin directly.

Plastic and glass bottles as well as milk boxes that go into the recyclable waste bin should be rinsed in advance, a simple step that prevents a bad odor at home.

Disposing garbage only during certain hours of the day can be a bigger challenge for many people than sorting the waste correctly. Most communities now specify two hours in the morning and another two in the evening for residents to throw away sorted waste, but people with busy schedules or who do lots of overtime work will often miss the designated trash times.

Hazardous and recyclable waste is no problem because they can be gathered for days at home in specific bins, waiting to be disposed of at the right time. The more perishable waste that falls in the other two categories normally cannot be kept for long — Shanghai’s humid climate makes waste rot quickly, and especially strong-smelling meat and fish can attract cockroaches and ants.

There are two solutions for storing perishable waste at home under particular circumstances.

Joseph Joseph, the English houseware manufacturer known for the color-coded chopping boards and designer kitchen utensils, has a food waste bin with a replaceable odor filter. It not only seals in the smell of the food waste collected, but allows air to enter and circulate inside to reduce moisture, thus reducing the unpleasant odor of decomposing food.

The capacity of the food waste bin is 4 liters, so it’s a quite compact bin to keep on the kitchen counter, but it cannot hold large sized waste.

However, it isn’t cheap. In the Joseph Joseph Tmall store, the food waste bin usually retails at 378 yuan (US$55). 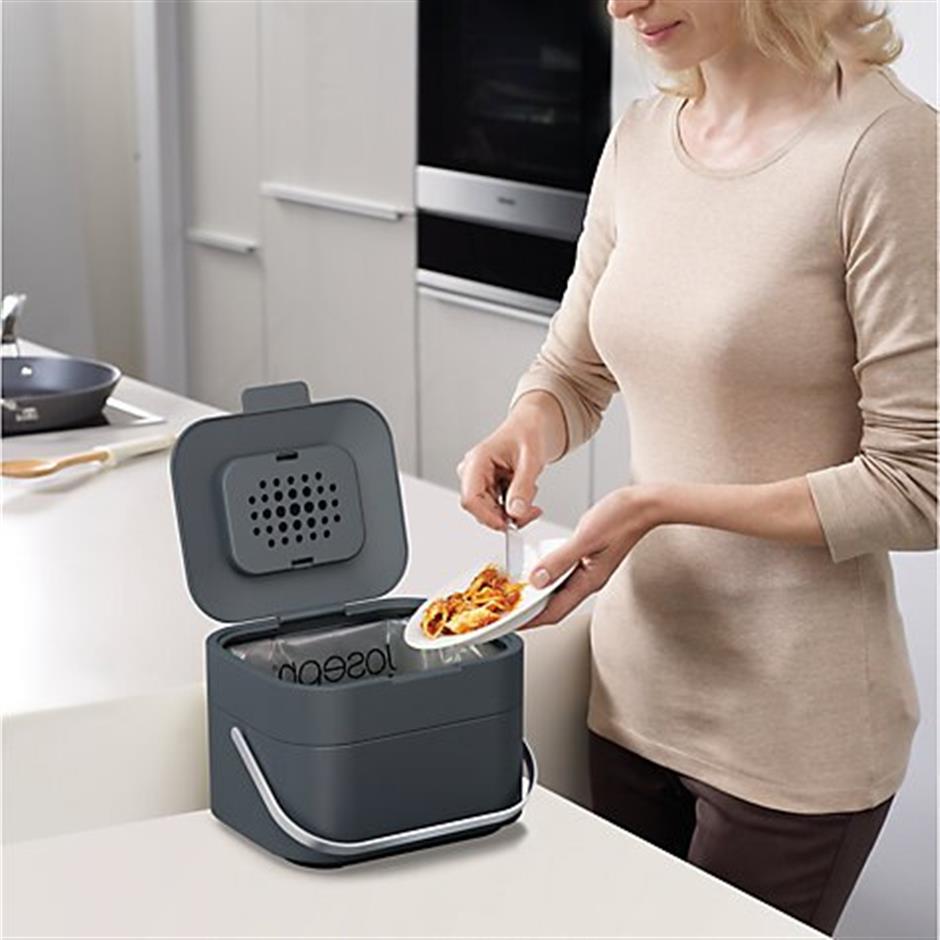 A more economic solution is to use the freezer. It may seem odd to store trash in the same place as food, but it can be simple and hassle-free with the following tips.

First, the trash bag must be strong and thick enough to hold the waste as small bones can easily puncture regular bags. Using a clip to close the bag is handier than tying it up with a knot.

If you want to reduce the number of plastic bags in the waste-sorting process, you can use a tightly sealed plastic or glass container. Glass is easier to wash than plastic.

You may need two bags or containers because perishable waste can go into either household food waste or residual waste according to the regulation.

The perishable waste can be frozen in hours and the tight seal of the bag or container prevents the odor leaking out. You can temporarily clear a drawer for the waste to further avoid contact with other items.

When it’s time to dispose of the garbage, simply dump it out in the correct bin and there won’t be any spill or unpleasant smells.

If you are using a container, it’s best to run the bottom under water so the waste can be poured out smoothly without sticking to the surface.

The freezing method can also be used to deal with soupy, watery waste that isn’t suitable for going into the sewer, like very oily broth and thick soup that would clog the pipes especially in old buildings with weak sewer lines. These are easy to dispose of when frozen and prevents the oil going into the water and keeps the trash bin clean.