The Kunlun Jing An ready to serve top tennis stars

For 16 years, The Kunlun Jing An’s catering service team has been serving food and beverages to tennis stars who’ve played at tournaments in Shanghai.

This year, they continue to support the ATP 1000 Shanghai Masters from October 5 to 13.

When tennis started to become popular in China, the general manager of the hotel, which was Hilton Shanghai at the time, was a fan of the sport. The hotel’s collaboration with the Heineken Open Shanghai in 2003 and 2004 were small in scale, but as the sport and competition expanded, its catering services also became more robust.

Every year, The Kunlun Jing An’s kitchen team starts preparations for the tournament three months in advance, according to David Chen, food and beverage manager at the hotel.

“First, we compose the menus for each dining zone according to the requests and requirements of players, media and host organization. We are also in communication with Shanghai’s food and drug authority when developing the menus and provide qualification credentials of the food suppliers to ensure food safety. After that, we’ll start ordering the ingredients and make plans about quantity and delivery time,” explained Chen.

More than 500 people will be serving food and beverages for the tournament. According to main kitchen chief chef Joseph Ooi, there are around 12 kitchen staff, including those recruited part-time for the event as well as task forces from sister hotels.

This year, the hotel is also having renowned German chef Johann Lafer and his team working together for the whole event.

Ooi explained that due to food safety and hygiene concerns, menus for ATP don’t include raw fish or seafood. Certain ingredients like cheese in the desserts are also replaced with other options. Most of the ingredients are imported to raise the standard and quality of the food served.

Every morning, suppliers deliver fresh ingredients which will be processed and vacuum packaged before being transported to the tennis center. The cold dishes, hot dishes, desserts and fruits are stored separately, and food that hasn’t been used within the designated period will be replaced or removed.

Professional tennis players often have special dietary requirements, and the catering team can customize dishes or provide new options for them.

“Since we have worked with them for so many years, some of them ... we have records of what they might need. And, of course, a few of them have their own nutritionist who will arrange with our executive chef on what they need us to prepare before they come to Shanghai,” explained Ooi.

“We have different highlights every year, like the Federer pizza created and named by the player, as well as customized dishes by the chef of a Michelin-starred restaurant,” said Chen. 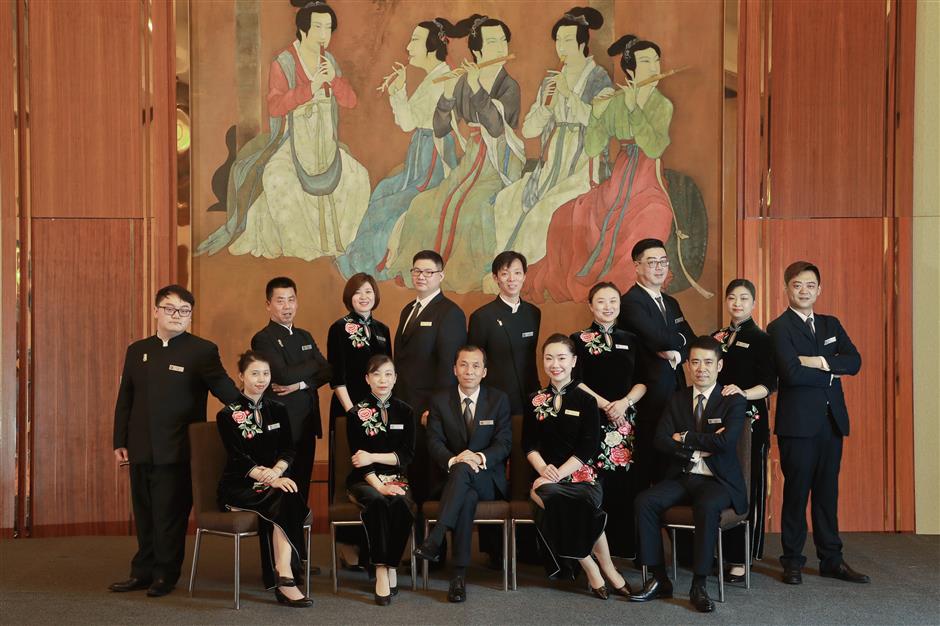 Catering team of The Kunlun Jing An, which provides food and beverage service to the ATP 1000 Rolex Shanghai Masters in Qizhong Tennis Center