Elite Champagne: the best bubbles in the world 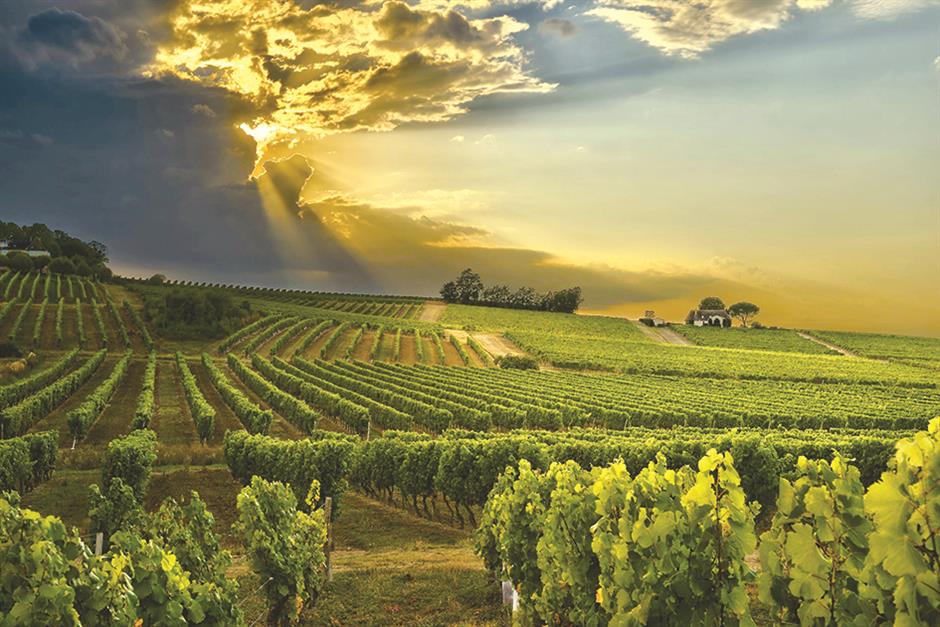 Sunset over the perfectly manicured vineyards of Champagne

Two weeks ago today, I cracked open a bottle of Champagne and made a special toast. On May 31, 1911, over 100,000 people witnessed what was then the largest man-made movable launched into the River Logan in Ireland. The immense hull was then towed to a nearby dock for fitting. On April 10, RMS Titanic, the world's largest and most luxurious ocean liner, departed Southampton England on its maiden voyage. What followed is legend.

Why has the tragic sinking of the Titanic so captivated our imaginations? James Cameron's 1997 film "Titanic" captures some of the lore, but the 1958 docudrama "A Night to Remember" is a much more resonant and accurate depiction of the epic tragedy.

Transatlantic shipping was big business in the early 20th century and the major cruise lines of England, Germany, France and the United States were battling for supremacy. The English Cunard Line took the lead in 1907 when RMS Mauretania began service and broke the speed record for a transatlantic crossing. An even posher sister ship, the Lusitania was launched the same year. As England's other large cruise line, The White Star had to respond.

In 1910 the White Star Line launched the RMS Olympic and a year later an even grander and posher sister ship, Titanic, hit the waves. They were said to be practically unsinkable. The great vessel and its crew and passengers were a microcosm of the best and the worst of early 20th century Western society. There was technological innovation, luxury and adventure; but also, social inequality, blind faith in technology and human hubris. On the evening of April 14, 1912, nature reminded mankind of her absolute ascendancy. She continues to do so today.

The grandness of this mode of sea transport has vanished. Modern cruise liners may be bigger; but in terms of speed, extravagance and style, they are poor imitations of transatlantic liners of the past. The golden age of sea travel is long gone but we can still revel in some of the same beautiful wines enjoyed on the Titanic. The passengers of the Titanic ate and drank exceedingly well, especially those privileged few in first class. Dinners featured ten or more courses with each course accompanied by a different wine. The dishes were mostly French with English roast beef and American desserts included. For an added cost, top deck passengers also had the option of an a la carte restaurant and café run by the legendary London restaurateur Luigi Gatti. Second-class passengers were offered multi-course menus and a choice of wines, spirits and ales. Steerage class, comprised mostly of immigrants to the New World, had to make due with less haughty but still hearty fare like Irish stew and ale.

The wine most associated with the transatlantic liners is Champagne. Sure, premier class passengers of the Titanic and subsequent great liners enjoyed exquisite Bordeaux, Burgundy Rhone Port and sherry wines, but Champagne was unquestionably the vogue libation of this gilded age.

Back in Titanic's time and even during my transatlantic crossings almost half a century later, top Champagnes were an affordable luxury. Today, even mundane examples are costly. It is little surprise that Prosecco is now the world's most popular. Expanded geographic demarcations and production have resulted in an overall decline in quality. Elite Champagnes are still the best bubbles in the world, but modern consumers have many more options.

The region of Champagne has been making wines for over 2,000 years but it was only in the 17th century that bubbles first appeared in Champagne. Contrary to popular belief, they are not the original bubbles. The earliest record of a Methode Champenoise, or traditional method sparkling wine, dates back to 1531 when the monks of Saint Hilaire in Limoux first recorded the making of true sparkling wines. Dom Perignon was born more than a century later.

From the 18th century through the mid-20th century a series of remarkable widows advanced the production methods, quality and reputation of Champagne. Indeed, over the past two centuries the greatest men of Champaign were women. Widow Clicquot led the way. In 1805 at the age of 27 her husband died and left her with a baby and a small and struggling Champagne house.

Despite having no prior business experience, she discovered new ways to make Champagne and pioneered new markets. By the time of her death in 1866, Veuve Clicquot was one of the biggest and most successful businesses in Champagne.

Widow Clicquot is the most famous but Louise Pommery and Lily Bollinger were also widows that profoundly influenced the history of Champagne. In the latter decades of the 19th century, Louise pioneered the first true Brut or dry styles of Champagne. These avant-garde dry Champagnes became particularly popular in England as well as on the transatlantic liners.

Laurent-Perrier and Roederer were also run by accomplished widows at key points of their history. Another superwoman of Champagne was Lily Bollinger. With her husband's passing, in 1941 she took control of the family business when World War II (1939-45) was devastating many Champagne producers. Due to Lily's fortitude and sagacity, Bollinger not only survived but thrived. Some consider Lily to be the first modern businesswoman of France. When drinking the wines of these historic houses, it's particularly apropos to toast these great widows of Champagne and reverently reflect on the tragic irony that both Champagne and the Titanic created so many widows.

Veuve Clicquot, Pommery, Bollinger, Laurent-Perrier and Roederer all make superb Champagnes available in Shanghai, but many of the best value wines are made by smaller producers like Michel Genet, Eric Rodez and Ambonnay.