There are just a handful of films dedicated to the theme of food, and Ang Lee’s 1994 comedy drama “Eat Drink Man Woman” is undoubtedly the all-time classic in depicting the details of Chinese cuisine traditions, delicacies and culinary culture.

The comedy tells the story of a senior chef living with his three grown daughters and the heartwarming, deep human relationships that unfold. The film opens with a delicious montage of Tao Chu cooking iconic Chinese dishes in great detail — from washing the vegetables and meticulous knife skills to stewing soups and wrapping dumplings.

The name of the film, yin shi nan nv, is actually a Chinese idiom from the ancient text “Book of Rites, The Conveyance of Rites” meaning basic human desires.

The more than 80 dishes featured in “Eat Drink Man Woman,” whether complicated or humble, are recipes that have stood the test of time and remain popular as everyday homemade comfort food or the centerpieces of formal banquets. The film doesn’t limit the dishes to specific cuisines, highlighting both the northern signatures such as Peking duck to southern delights like squirrel-shaped mandarin fish. 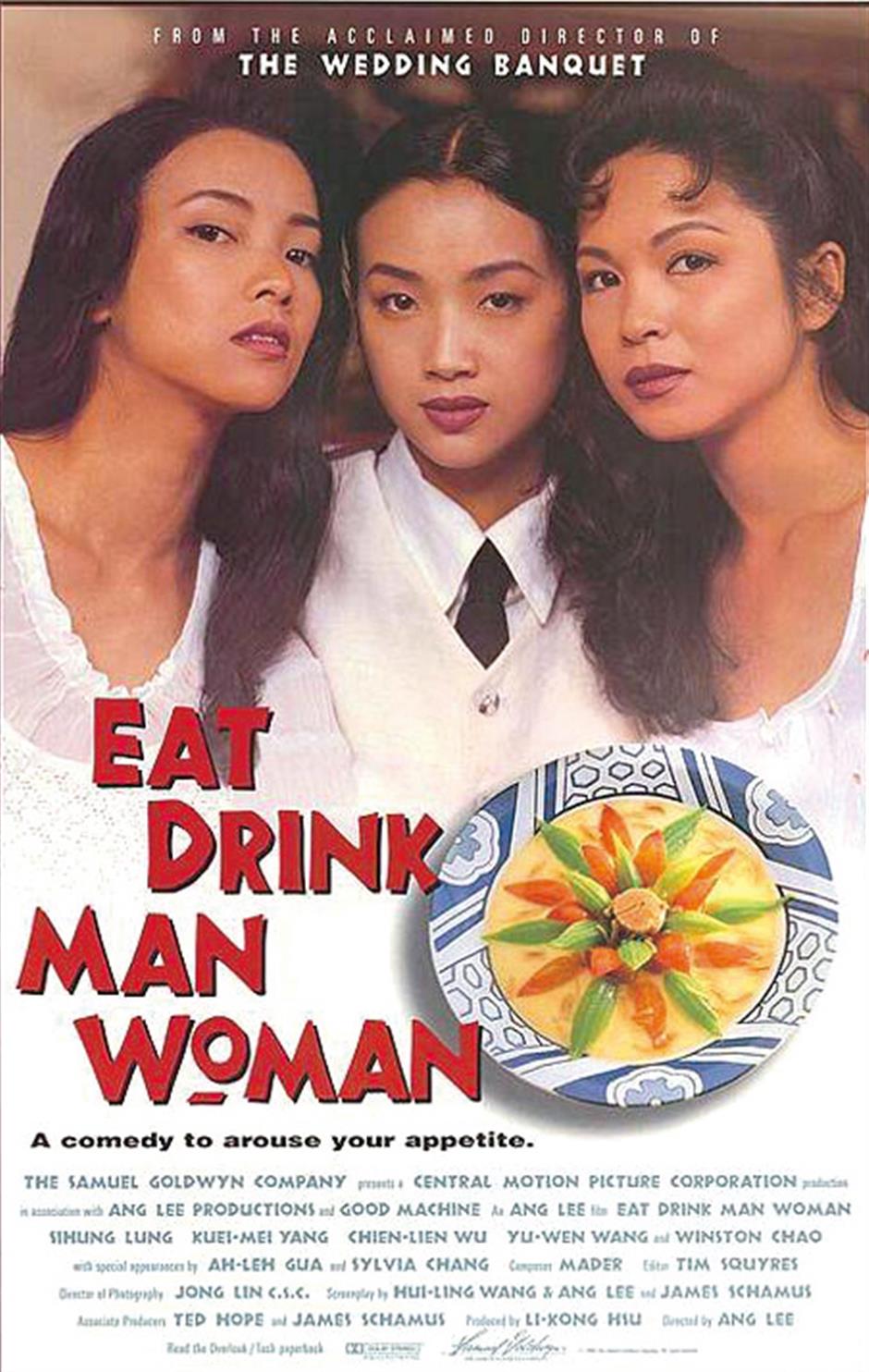 Bitter gourd, a green vegetable with a bumpy surface, is a bitter-tasting vegetable that could take anyone some convincing to accept. It’s claimed to have the properties of clearing away the heat in the hot summer months and detoxing the system, while being listed as one of the 10 most disgusting vegetables alongside the notorious fish mint and cilantro.

Bitter gourd was introduced to China in the 13th and 14th centuries from India, as documented in Zhu Su’s botanical illustration “Jiuhuang Bencao” (Famine Relief Herbal) in 1406.

While it’s usually cooked in simple stir-fries with scrambled eggs or meat, or boiled and tossed with a dressing to make salad, the film “Eat Drink Man Woman” featured another classic recipe, pork rib and bitter gourd soup, which Chu prepared as part of a packed lunch for Shan-Shan alongside Wuxi-style sweet pork ribs, crab meat and bok choy, shrimp with green peas and chicken and vegetable stir-fry. 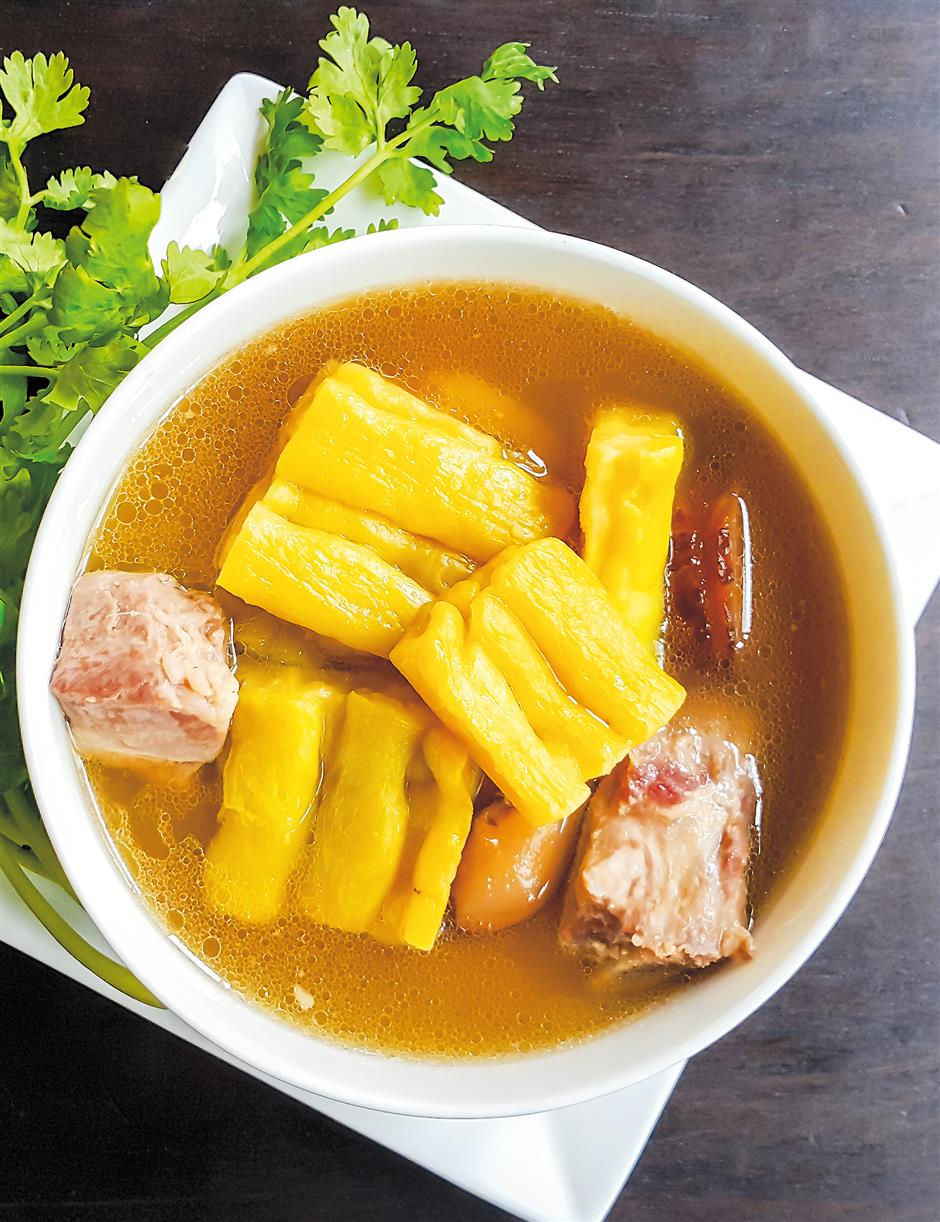 This is a traditional summertime soup recipe in the Chaozhou and Shantou areas of Guangdong Province, highlighting a bitter taste and having the benefit of clearing away the heat. The ingredients are simple: fresh bitter gourd, chunks of pork ribs and rehydrated soybeans, plus ginger, scallions and cooking rice wine to remove the meaty smell and taste.

If you are feeling adventurous and want to try bitter gourd without the intimidating bitter taste, simply mix a dressing of lemon slices, goji berries, honey and Sprite, then soak the sliced, blanched and chilled bitter gourd in it and let it sit in the fridge for a couple of hours. The Sprite can take away some, while not all, of the bitterness and add a refreshing flavor.

If you are happy with the sweet salad, then try the bitter gourd slices with a dressing composed of soy sauce, salt, sugar, garlic, peppercorn oil and sesame oil.

The film featured two classic recipes from Jiangnan, the region south of the lower reaches of the Yangtze River: beggar’s chicken and sweet and sour mandarin fish. These two dishes are often served as the centerpiece main entry at more-formal lunches or dinners, and they are loved by people of all ages.

Sweet and sour mandarin fish, which is named songshu guiyu or squirrel-shaped mandarin fish because of the unique way it’s presented, dates back to the Qing Dynasty (1644-1911). It is said that Emperor Qianlong himself once praised the dish. 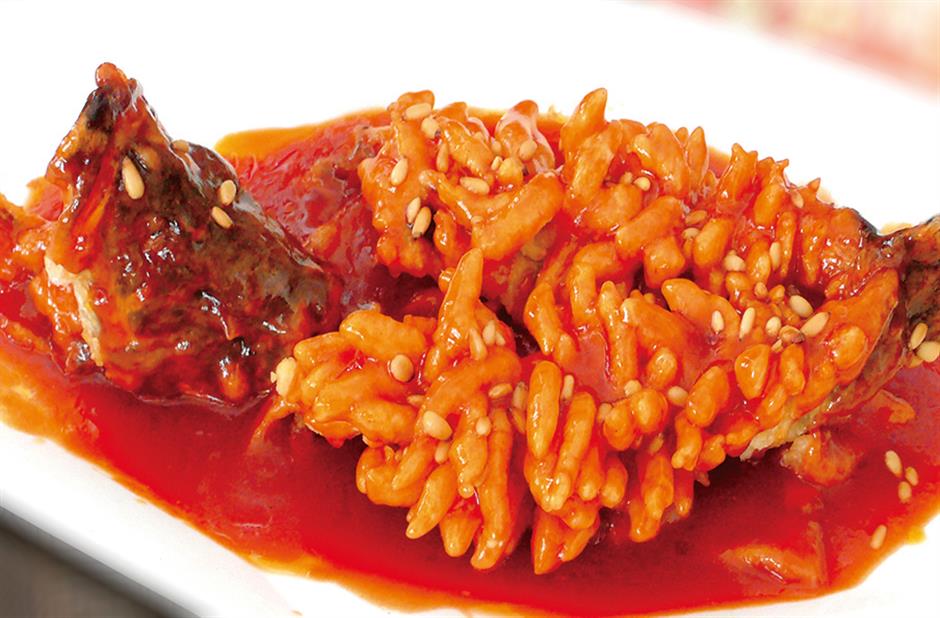 The fish is notable for the sweet and sour flavor of the vibrant sauce and crispy texture of the fish meat. The most difficult step in the recipe is slicing the fish to achieve the checked cut of the tender flesh while keeping it intact. The fish is marinated in rice wine, ginger, scallions and salt before being deep-fried to achieve the blossoming shape.

The sweet and sour sauce is poured over the fish when the dish is served, and you’ll know the flavor is good when hearing a sizzling sound.

Beggar’s chicken, a traditional dish originating from Hangzhou, wraps a stuffed chicken in clay which is baked on low heat so that the meat of the chicken tenderizes and absorbs all the rich flavors of the spices. It’s a dish with humble, grassroots origin that grew popular with everyone.

Today, beggar’s chicken often comes with delicious fillings such as mushroom and chestnuts, as well as finer seasonings, sourcing the sanhuangji yellow chicken known for tender and juicy meat.

Beggar’s chicken is often cracked open with a small hammer when it’s served, an interesting interlude to entertain the guests. In the film, Chu cracked open the clay using an axe. 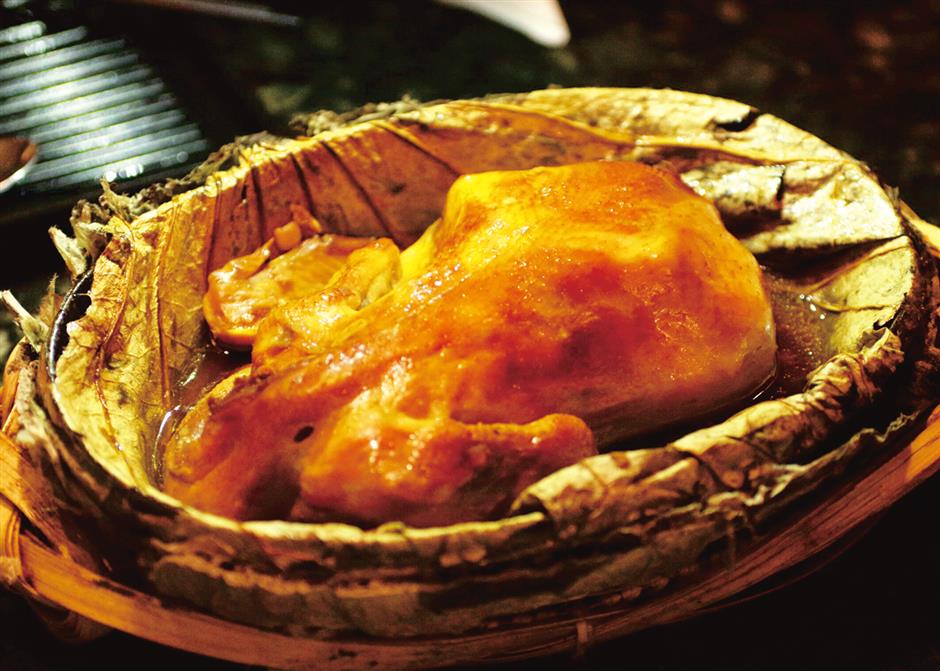 Chu’s family have the opportunity to sample all kinds of delicacies from around China, thanks to the master chef. At another family banquet, Chu served the family a meal of traditional Beijing-style mutton hotpot using an old-fashioned charcoal stove. The mutton hotpot cooks freshly cut mutton meat in a light soup base and serves with a rich, fragrant sesame sauce. In the film, the family enjoyed the hotpot with homemade sesame pancakes for a complete, authentic experience.

Numerous viewers were able to resonate with the film as the Chinese culinary traditions were presented in their entirety, featuring scenes of Chu handling live animals such as chickens, fish and bullfrogs, something normal and ordinary in Chinese home kitchens but strange from a Western perspective.

The chef makes everything from scratch and passes cooking tricks to cinemagoers, such as not rubbing fish with salt when steaming it, as the salt may dry up the moisture of the meat. The correct way is to rub the salt on the plate.

And as Chinese families consider dining together one of the best ways to communicate and maintain relationships, Chu has a rule that the family must dine together on Sundays no matter how busy they all are. 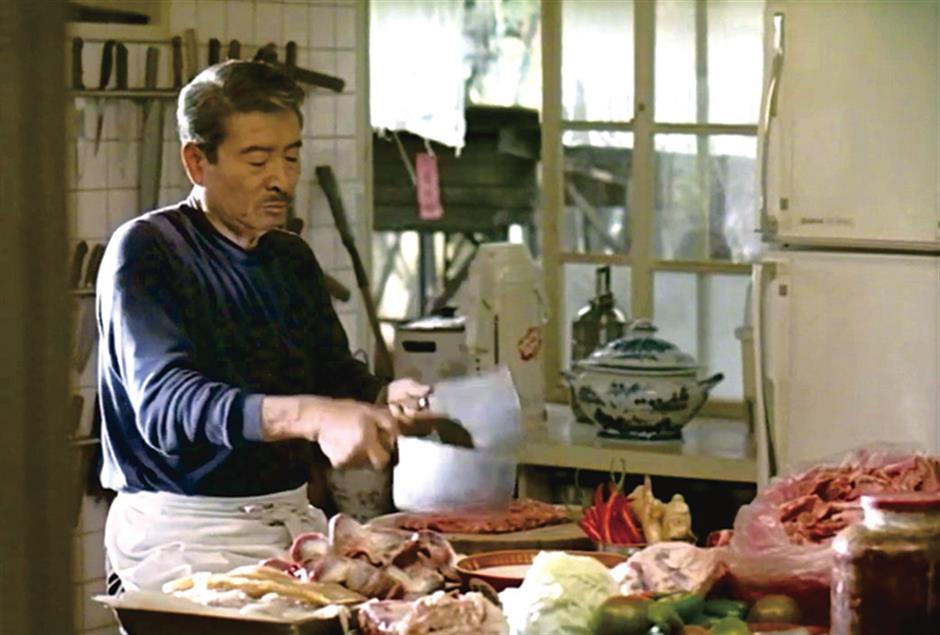