Trattoria loses its way on the journey from Rome

It’s fair to say the rustic trattoria has always represented a true taste of Rome.

Over the centuries, Romans have guarded their cucina romana — the tradition of eating in Rome — as one of their cultural identifiers, just like the city’s relics, piazzas and churches. And, in Shanghai, Palatino Roman Cuisine is a restaurant that indicates it is devoted to upholding that tradition. Unfortunately, the trattoria appears to have lost its way on the journey from Rome.

The poorly decorated first level, composed of a pizza oven and old furnishings, wasn’t pleasant in the dimly-lit trattoria.

Most people were dining on the second floor, where several tables are organized to accommodate two to four people. The space is better taken care of compared to its entrance; however, ambience does not seem to be a priority here.

Roman food is relatively down to earth, despite the city’s status as a cultural capital. Roman cooking has few elements and, in general, all of them are simply done, without frills. 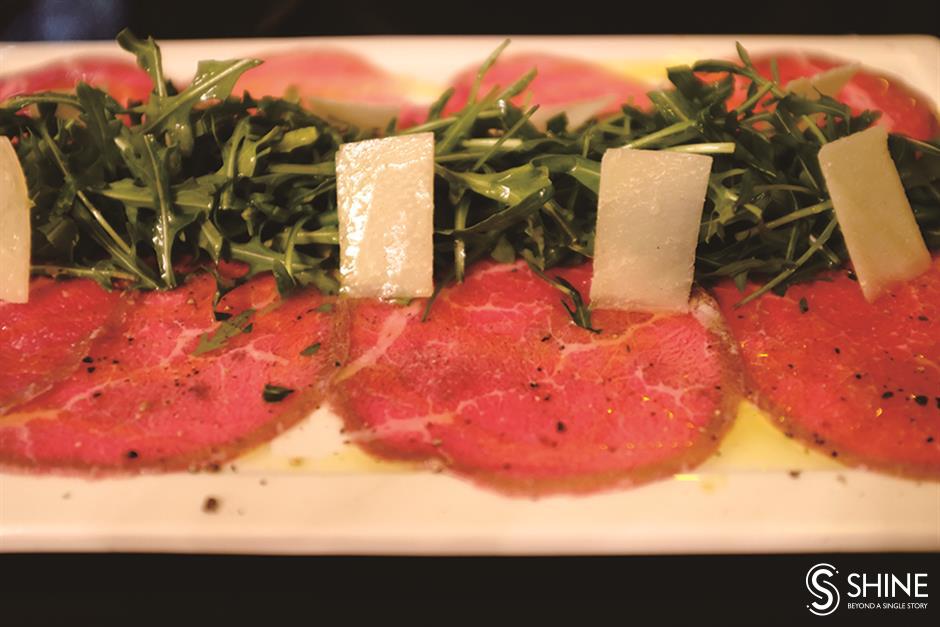 The menu is filled with some of Italy’s most famous plates, such as beef carpaccio, Italian cold cuts, burrata cheese and lasagna alla Bolognese. But I was disappointed to discover that most Roman staples were not featured here, such as bucatini all’amatriciana and spaghetti cacao e pepe.

I picked a classic appetizer to start the meal — beef carpaccio, served with capers, cherry tomatoes and basil. It’s a traditional Italian appetizer that involves minimal cooking and makes an elegant starter favored by many. The thinly sliced beef used here was of the highest quality.

Pastas, pizza and mains are next on the menu for diners. But their only homemade pasta dish, fettucine, was sold out. It was replaced by an imported linguini, served with Italian porcini mushroom, burrata cheese and black truffle. The dish was priced at 158 yuan and not worth it. 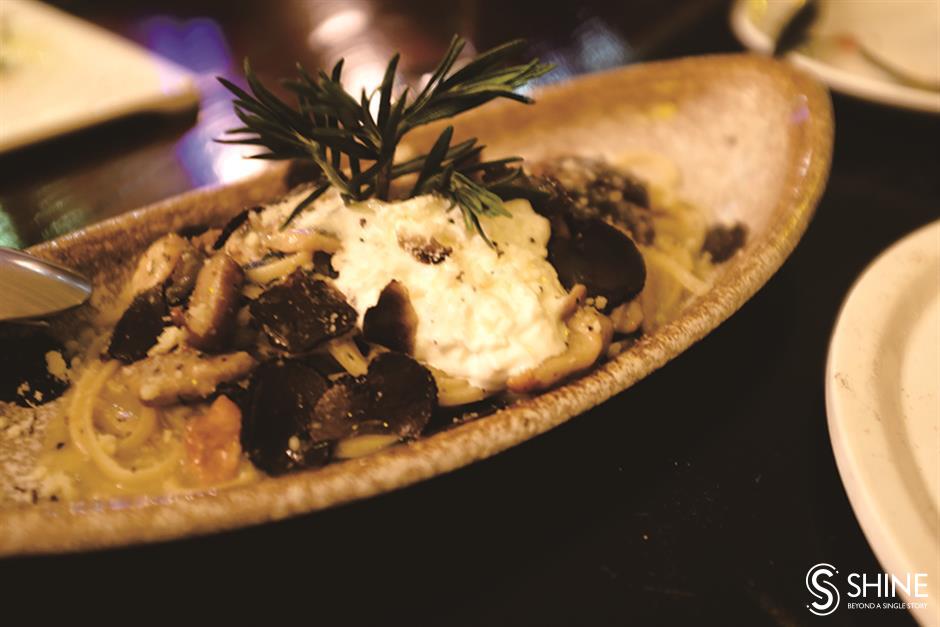 My pizza, although made from scratch, from the kitchen to the oven, it didn’t meet my expectation. The crust was too light, the overall texture was dry and the toppings lacked any flavor.

A true Roman eatery lies in its convivial atmosphere where happy moments are spent over food, wine and laughter. Unfortunately, Palatino doesn’t subscribe to such a cheerful vibe.

﻿
Special Reports
﻿
Trattoria loses its way on the journey from Rome
Heavenly wines for tomatoes
Sarnies with elegant pink wines
Peking duck sophistication added to menu
Raising a glass to the front house sommeliers
How to answer that daily question: what's for lunch?
Pakuri's izakaya fusion gets balance right
Taste of Yunnan prevails despite ambience change
Tasty dishes for Year of the Ox: Once a crime, beef now a delight
A steak, wine, epicurean delight of Chinese New Year
EXPLORE SHINE