Chinese herbs and French baking is a piece of cheese cake

Incorporating Chinese herbs into classic French cuisine is providing health benefits for diners while they enjoy their favorite dishes.

A total of 15 professors and students from New York University Shanghai who come from five foreign countries and six Chinese provinces took part in a pastry workshop on Sunday at Le Cordon Bleu Shanghai. 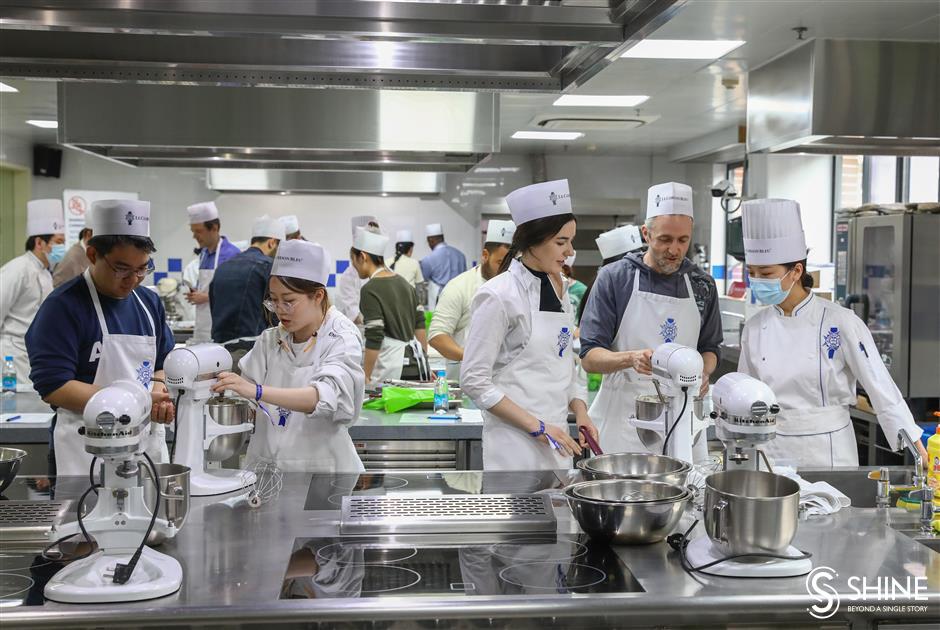 A total of 15 professors and students from New York University Shanghai who come from five foreign countries and six Chinese provinces took part in a pastry workshop on Sunday at Le Cordon Bleu Shanghai.

It focused on integrating Chinese herbs and ingredients into traditional French baking. 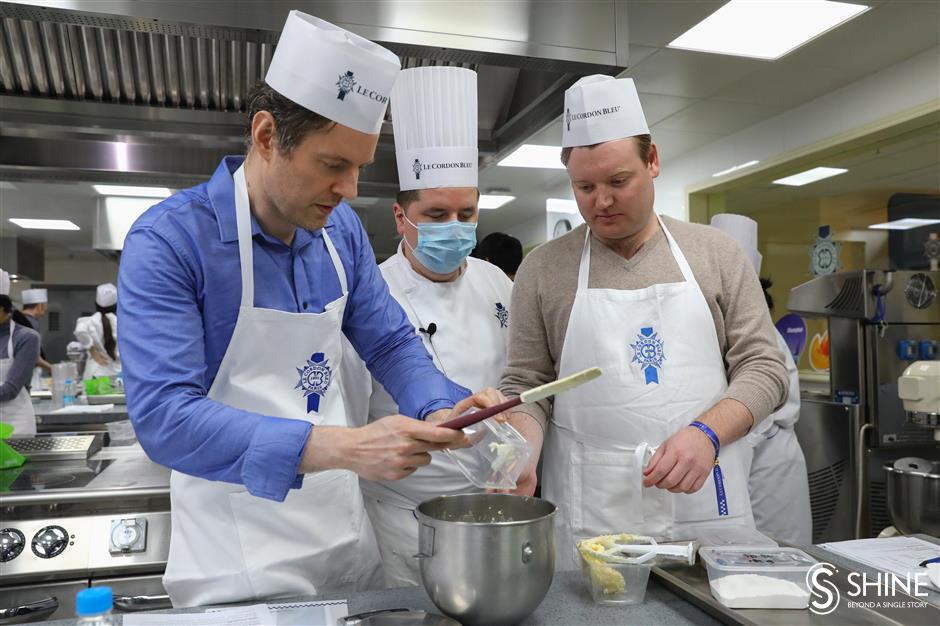 Ivan Rasmussen, a political science professor from America, said he’s tried Chinese herbs like the  spices in Sichuan cuisine as well as TCM ingredients like ginseng.

“I think (incorporating Chinese herbs in French cuisine) is great," he said.

"The more multi-cultural the cuisine, the more interesting and appealing it is to more people. Also it’s good to challenge the typical cooking standards, one of the highest being French. It’s nice to experiment a little bit, I’ve seen examples of people using Chinese herbs and flavors to expand upon the existing foods and beverages."

The professor has been working and living in Shanghai for almost five years.

“I love Shanghai," he said. "It's multi-cultural, a lot of exciting activities, at the same time it has good weather, and the people are really open especially to interacting with foreigners." 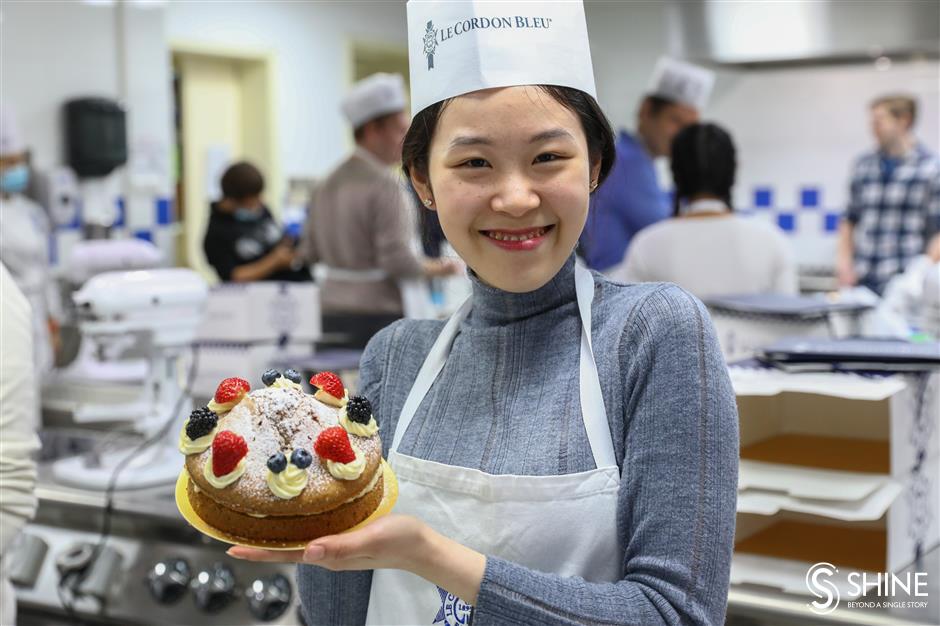 Chen Nuo, a junior with a major in business and finance from New York University Shanghai, shows her cake made during the workshop.

Chen Nuo, a junior from Shanghai, majoring in business and finance, added: "I knew some Chinese herbs from Chinese medicine, in some cuisines, they put herbs as seasoning. Chinese cooking adds a lot of herbs like star anise and fennel in braised dishes, and that’s my impression of herbs, but today we used ground herbs in the baking." 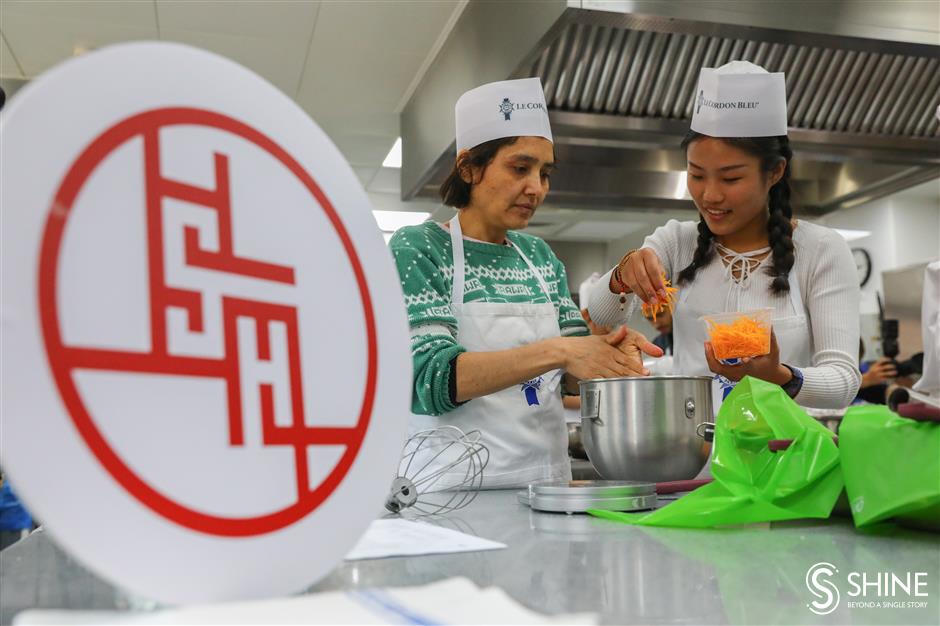 Marcela Godoy (left), professor of interactive media arts from Chile, joins the event with a student.

“I really like the city, I think people are really friendly, I really like how different it’s from other cultures that I’ve known before,” she said.

The project brought together ingredients from China and abroad, the techniques of Shanghai cuisine and international culinary standards to create 10 dishes and 12 desserts.

The special project, uniting French cuisine and TCM, highlights fusion-style recipes that can be accomplished in home kitchens with easily accessible everyday ingredients, such as walnut, jujube, green tea and black sesame.