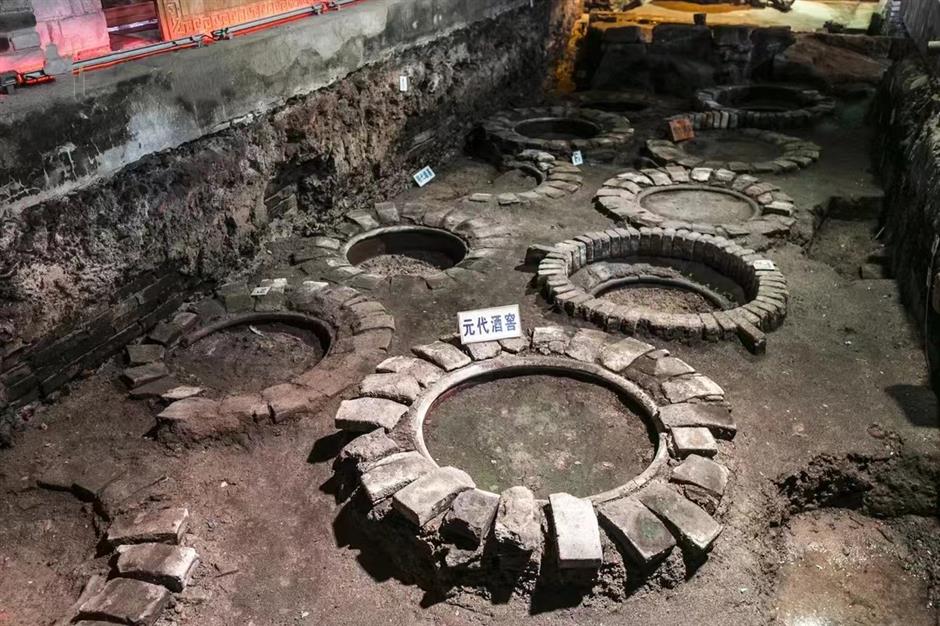 Understanding and becoming knowledgeable about a cultural product takes time. This is as true about baijiu as it is wine. While my wine experience extends over half a century, I cut my spirits teeth on single malt whiskys over two decades ago when helping Grants & Sons promote their Glenfiddich and Balvenie single malts. Not long after that I assisted DIAGEO as a brand ambassador to launch their new Singleton of Glen Ord single malt whisky.

An important part of broadening my engagement with spirits has been my work as a spirits judge for the Spirits Selection by Concours Mondial de Bruxelles (CMB). Just as the CMB wine competition has long been the United Nations of wine, so too is the Spirits Selection the United Nations of spirits. Over the years, I've met and judged with many of the world's most renowned master distillers, spirits journalists and mixologists at this annual competition. My experience with CMB and leading producers has enabled me to better judge, promote and communicate everything from rum to vodka and of course baijiu.

Precious few people outside of China truly understand and know how to appreciate baijiu, and most of those boasting this expertise either work for or are judges of CMB Spirits Selection. When I began my journey of baijiu discovery, I was assisted by fellow CMB Spirits Selection judge Derek Sandhaus, the man in the English-speaking world who literally wrote the book on baijiu.

If you don't read Chinese, the best way to begin your baijiu journey is to immerse yourself in "Baijiu: The Essential Guide to Chinese Spirits" by Sandhaus. Knowing and appreciating baijiu is a journey, and over the years my fellow Chinese judges at CMB Spirits Selection and other competitions have generously enhanced my education on the intricacies and beauties of baijiu.

My latest baijiu discovery was in Jiangxi. The day before the National Day Holiday, I made my way to the city of Nanchang with Mia Zhang of Beijing International Wine and Spirits Exchange (BJIWSE). Mia is a rising star in China's wine and spirits industry, and BJIWSE is the only state-owned wine and spirits exchange in Beijing. For 10 years, it has helped industry producers and related professionals promote their products in China and abroad. 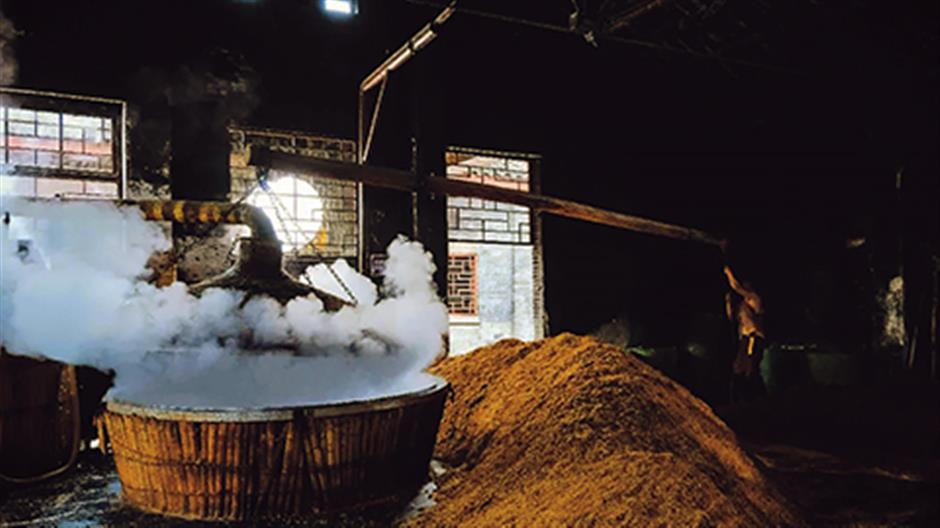 One of many intricate steps in making Lidu Baijiu.

Mia and I traveled to Nanchang to attend the October 1st National Day 8th Jar-Sealing Culture Festival by Lidu Liquor Industry, and the official inauguration of the memorial hall of the Spirits Selections by CMB Museum. As the only international Spirits Selection by CMB judge presently in China, I was privileged to speak on behalf of all the judges at these prestigious events. Before my speech, I was given a tour of the Lidu Yuan-Dynasty Liquor Workshop, and sampled a range of traditional baijiu, including an incredibly smooth and lengthy 30-year-old Lidu baijiu. These fine spirits no doubt helped liven up my speech, and had me ruminating over whether this site was truly the birth of baijiu.

Getting a handle on where the first distilled spirits were made is a more nebulous endeavor. In the West, the Persian-born physician Avicenna (AD 980-1037) is considered the inventor of distillation. However, most historians now believe that Avicenna merely refined a process that had existed for centuries. Distillation in China almost certainly pre-dated Avicenna's time, perhaps back to the Eastern Han Dynasty (AD 25-220) in the 1st and 2nd centuries.

The fermentation pits archeological site at Lidu Yuan-Dynasty Liquor Workshop is certainly one of the earliest examples of winemaking, and in all probability China's ancient microbial liquor-making technology. The site has been carbon-dated back to 1308. Surrounding the pits are a series of traditional buildings that walk visitors through the ancient art of baijiu production. This beautifully restored historical site is a must visit for baijiu lovers.

The phenomenal success of baijiu in the domestic market is the reason baijiu companies are so highly valued and profitable. Despite this, international recognition and market share remain elusive.