Laowai Jie, or "Foreigner Street," on Hongmei Road, Changning District, had been one of the most popular haunts for the expat community for years. It gradually lost its popularity, however, because many of the establishments changed hands.

Greek Taverna Milos has bucked that trend and stood the test of time for the past decade, and is the only Greek restaurant in town that offers such a wide variety of Greek recipes.

The ambience in Milos is based on the beauty of the Cyclades islands, with white and blue dominating the interior. It evokes a feeling similar to the cordial, welcoming atmosphere of Greek islands. 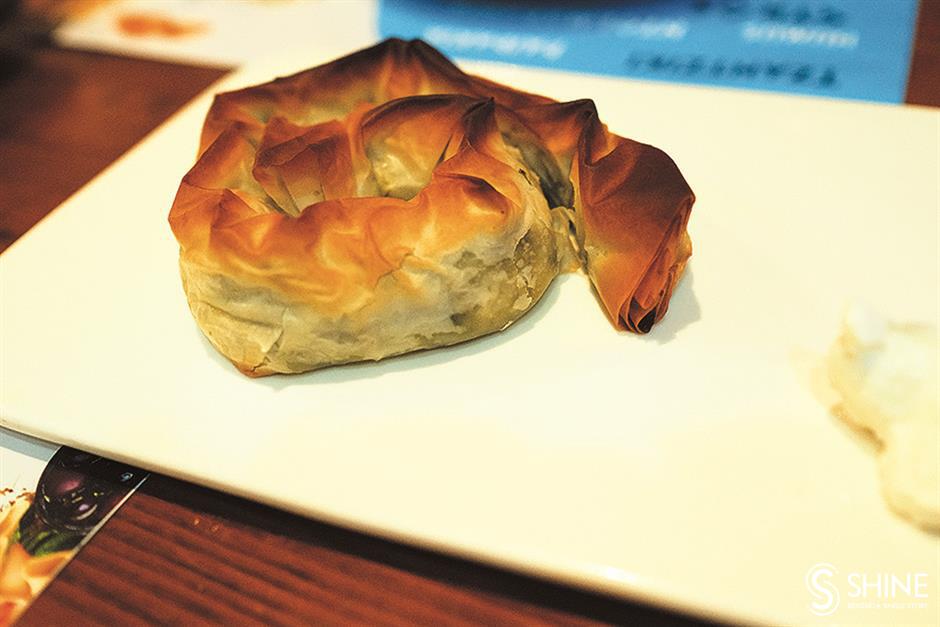 A Greek taverna is a place where anything from a small drink to a complete meal can be enjoyed with conversation, and Milos is no exception. One can enjoy snacks together with a glass of Retsina – traditional Greek wine – or a complete meal with authentic recipes that uphold long-standing Greek culinary tradition.

"The cuisine is part of the culture of Greece, and is recorded in images and texts from ancient times. Its influence spread to ancient Rome and then throughout Europe and beyond," said Makis Konstantinidis, a Milos partner. "At Milos, we strive to provide authentic cuisine with fresh ingredients. Many of our menu items are imported directly from Greece and are hand picked by our team."

Greek food has a strong, distinctive style of its own that has changed little over the centuries. For those unfamiliar with the cuisine, follow the chef's recommendations or ask for their signature dishes.

I love the many different Greek starters. 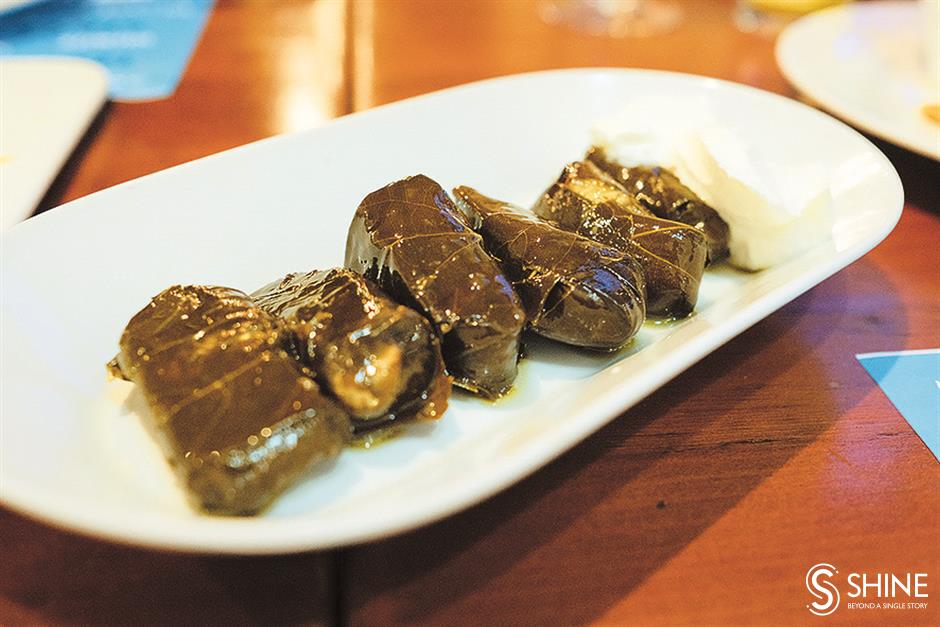 Homemade Greek spinach pie and Greek feta wrapped in phyllo with honey are ideal appetizers. The savory spinach pie is one of the most famous creations from Greece, with flaky, crispy phyllo dough layers filled with spinach and feta cheese.

Greek feta is another all-time favorite. The phyllo-wrapped feta is fried on both sides until golden and crispy, then drizzled with honey. It leads to an extraordinary combination of salty feta, crispy phyllo and sweet honey sauce. 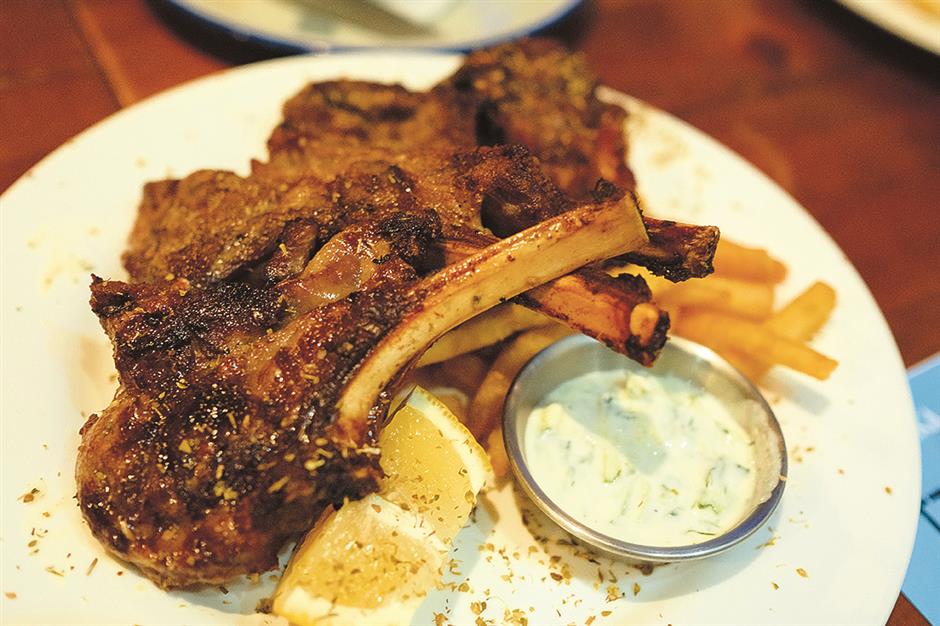 Another beloved recipe is stuffed vine leaves, passed on from generation to generation. Although there are many varieties, the meatless version is the most common. The grape leaves stuffed with rice and herbs, rich with extra virgin olive oil, make for an excellent vegan appetizer.

On top of the delicious food, another great find here is Retsina, which gets its unique flavor from pine resin. Although rather pungent, it's the perfect complement to many of the dishes served here.