Bulgarian food is a rarity in Shanghai and probably in most cities around the world.

The only Bulgarian restaurant in town – Vanca's ribs & BBQ– is a well-kept secret for those in the know, but also worth visiting for those with curious palates.

The two-floor, humble eatery has been on Dagu Road longer than most of its food and beverage neighbors. Bulgarian owner Ivan is there every evening, offering friendly service to guests. The interior is a far cry from current hip trends, but is genuine and personal. For those of us who miss traveling around the world during this difficult time, a meal at Vanca's is a nice escape– let the flavorful, exotic flavors transport you out of China, even if only for an hour or two.

The chef/owner spent his earlier years cooking for Bulgarian ambassadors in different countries before settling down in Shanghai after Expo in 2010. It opened in 2012 and has earned rave reviews on TripAdvisor for years, but due to travel restrictions since last year, it is mostly frequented by loyal customers at the moment. However, the food quality hasn't been compromised and a meal here is a true delight.

The menu is compact but most dishes deserve a try, starting with the Snow White salad – a traditional Bulgarian salad made of strained yogurt, cucumbers, garlic and dill. Bulgaria is famous for its dairy products, nuts, and herbs, and especially its mildly sour-tasting yogurt. 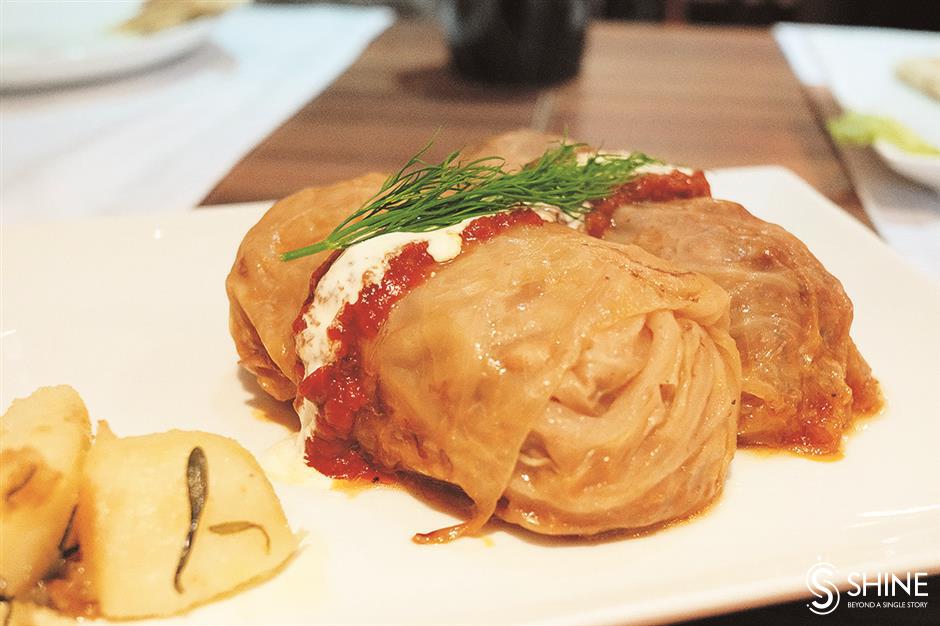 The meal continued with stuffed cabbage rolls (zelevi sarmi). A very typical winter dish in Bulgaria, the cabbage leaves are stuffed with a combination of rice and minced meat as well as a mixture of mild spices that give it a burst of flavor. It's reminiscent of Greek dolmades. However, unlike dolmades, which are typically an appetizer, zelevi sarmi is a filling main dish that warms the body.

The grilled meat is an absolute must-try here. Kebapche, for example, is the Bulgarian cousin of the former Yugoslavia's famous cevapi – an elongated piece of grilled minced meat and a mix of pork and beef with cumin give it a moderately spicy taste.

The mixed grill plate features almost all of the best grilled items on the menu, adeptly flavored with herbs and spices. Another surprisingly good dish is the grilled sea bass, perfectly grilled until slightly charred with just the right amount of salt, pepper and olive oil.