A 2021 food retrospective: a look back at the year in local food

From the continued hype of reinvented Chinese pastry to the expansion of plant-based protein that's now used in traditional Chinese cuisine, here's a look back at the city's food scene in 2021 before we begin the New Year countdown. 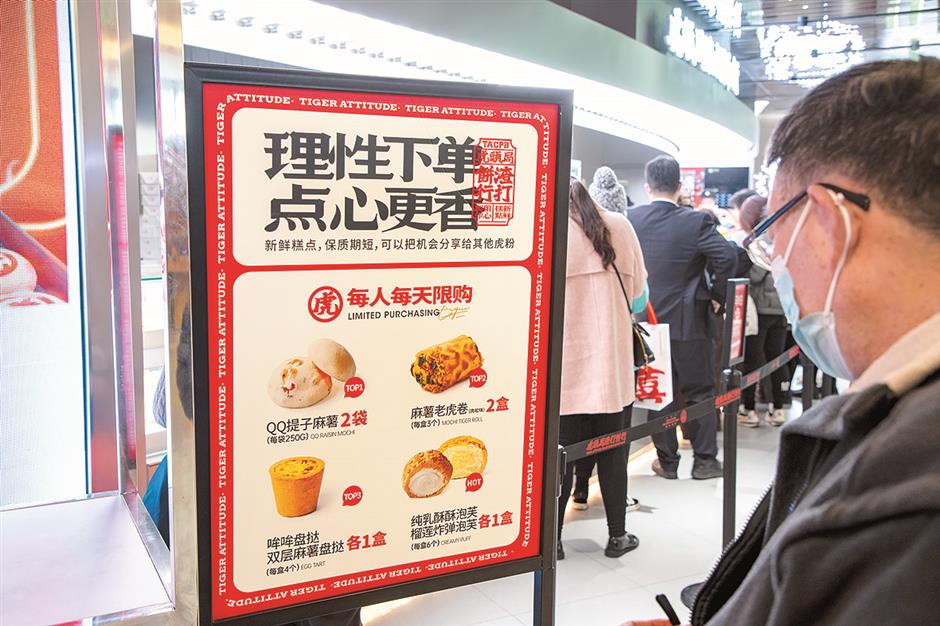 The concepts of sugar reduction and low-carb diets have become increasingly popular, as the growing awareness of health and wellness has encouraged people to refrain from sinful treats.

Sugar control is also a better approach to weight loss compared with fasting or overly intensive workouts, and the market share of low-sugar/sugar-free desserts and beverages is increasing every year.

But one dessert trend is bolting in the opposite direction – the rise of reinvented traditional Chinese pastry and its skyrocketing popularity among young people.

Based in Changsha, Hunan Province, Tiger Attitude Chartered Pastry Bank (Hutouju Zhada Binghang) is now the hottest Chinese dessert retailer in town, even though it opened its first store in Shanghai just a few months ago.

The waiting lines at the stores have been insane.

Tiger Attitude is marketed as a guochao (trends steeped in Chinese tradition) pastry brand, projecting a straightforward message with impressive package designs that people can instantly recognize. It's a very young company established in the summer of 2019, but its core product, original machi, got it off to a flying start.

There are no point counting calories with this one, as heavenly taste usually comes with heavy ingredients.

The company has set quantity limits for purchases of its most popular desserts. 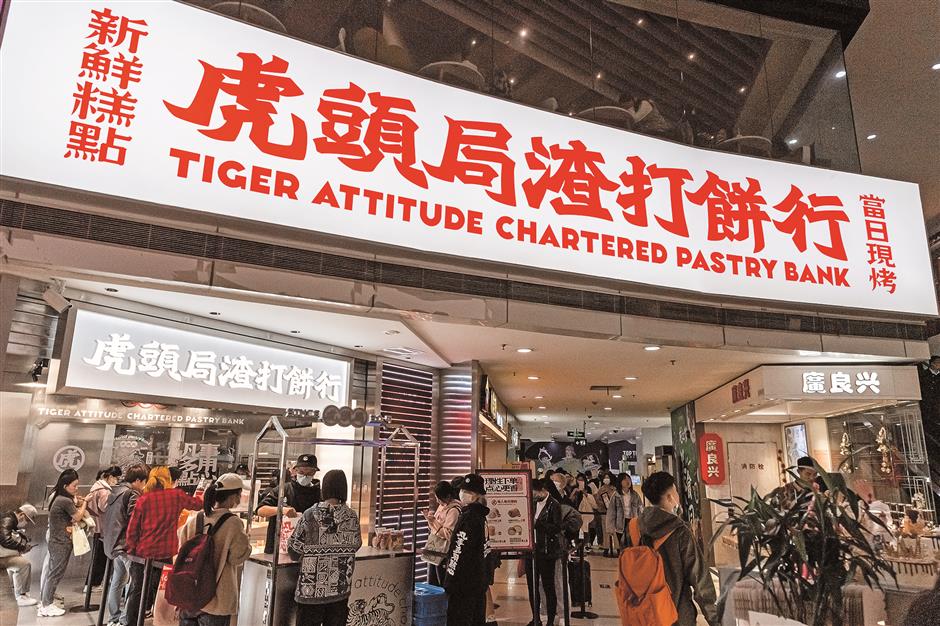 The rebirth of traditional Chinese pastry actually goes back a few years to 2017, when Beijing-based bakery Bao Shi Fu (Master Bao) opened its first store in People's Square, attracting long lines of customers. In fact, it was so popular there were "queuers for hire" and scalpers who rushed to buy the bakery's special xiaobei cake – a soft sponge cake with mayonnaise filling that is then coated with even more mayonnaise and lots of meat floss.

The craze for Bao Shi Fu was one of the major food and beverage phenomena in 2017, and four years later, with many branches now open in Shanghai, it's still doing well in the market, with moderate lines during peak hours and constant new launches.

In the first half of 2021, the Nanjing-based bakery brand Luxihe Taosu climbed aboard the dessert trend and opened many stores. The lines are more manageable, but you still need to arrive early to buy its bestselling items that often sell out in hours.

The brand's taosu varieties score well in terms of flavor, texture and consistency. In addition to original and walnut taosu, other popular flavors include coconut, salted egg yolk, cream and nuts, chocolate and even Yunnan ham.

Luxihe Taosu is very friendly in terms of pricing, and many of the pastries are sold by weight.

A box of a dozen fresh taosu usually goes for around 10 yuan (US$1.56), while other varieties like cheesy yolk pastry and cake rolls are more expensive. 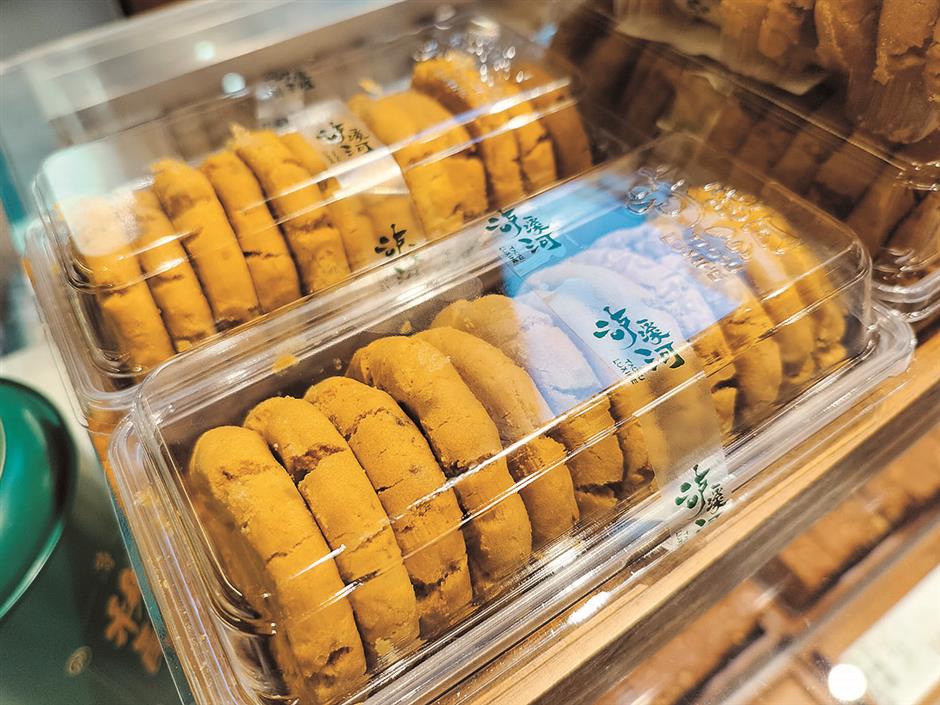 In 2021, membership wholesale has been one of the most popular food vlog themes. Many bloggers, vloggers and influencers have rushed to these mega-stores to make and post videos of shopping tours, product reviews and eating shows.

The three major wholesalers in Shanghai are Sam's Club, Costco and Hema X. The membership fee to make purchases at these stores is usually between 200 and 300 yuan per year.

The Hema X membership is slightly different, as it also offers a list of benefits for shopping in regular Fresh Hippo stores and online, such as weekly coupons, 12 percent discounts one day a week and free vegetables.

There are currently two Sam's Club, one Costco and three Hema X stores in Shanghai, with more planned in the near future.

In September, the world's largest Sam's Club store opened in Shanghai's Waigaoqiao Bonded Zone in Pudong with a total area of 70,000 square meters. Walmart is transforming more of its stores into Sam's Club stores in line with consumers' shopping preferences.

These warehouse stores also provide online and delivery services for members with some minimum order requirements.

For example, Hema X offers free half-day delivery for orders above 399 yuan, or a delivery fee of 16 would be charged since the items are not available in the regular Fresh Hippo stores.

Warehouse stores use generous and diverse on-site food tastings to attract customers, introducing them to new food varieties with which they may not be familiar.

Competition among wholesalers is already fierce, as you can find the same types of trendy products in different stores with a variety of ingredients, quality and prices.

Dessert aisles of the leading wholesalers are usually the most hyped, consisting largely of cakes and pastries sold in extra large quantities but at affordable prices.

A 10-inch tiramisu cake at Sam's Club is only 88 yuan, while the price is at least twice that in traditional bakeries and cake shops. Swiss cake rolls that come in original and earl grey flavors were among the first products that got wholesalers off to a flying start in terms of publicity.

Indeed, a box of 16 pillowy and creamy cake rolls with decent portion sizes is only around 70 yuan. It's mission impossible to find a cake roll of the same quality and size in other stores that's less than 80 yuan.

Sam's Club and Costco are also known for their inexpensive rotisserie chicken, which attract long lines daily, as well as large cuts of fresh meat and seafood.

For example, a box of disposable gloves from a traditional retailer usually contains 50 pairs, but a box from a wholesaler has 500.

For perishable items like cake and pastries, people often deal with the large quantities by dividing them into smaller portions and freezing them to expand their shelf life. They can subsequently thaw in a refrigerator without compromising much on taste and texture. 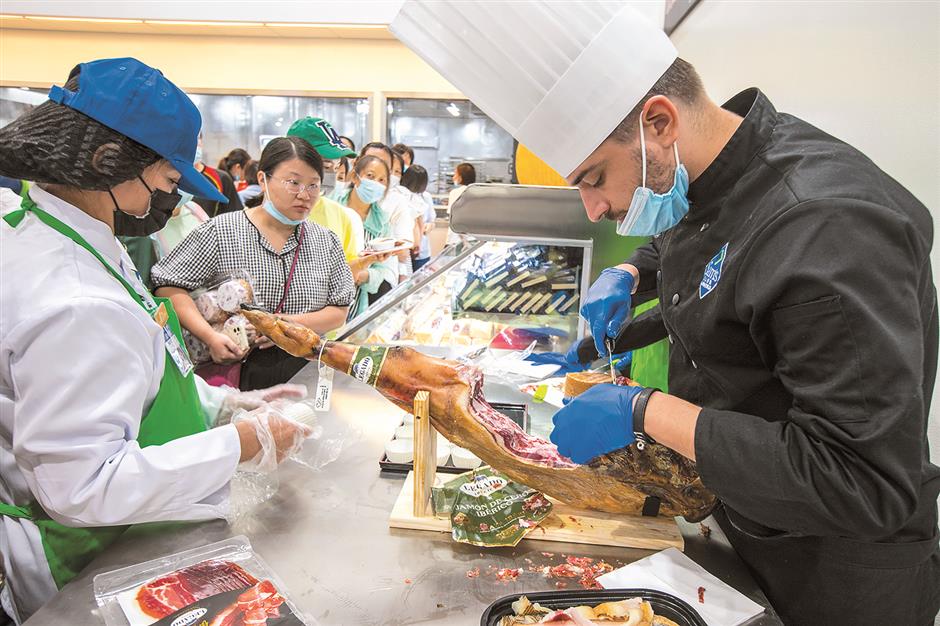 If 2020 was the year plant-based protein was introduced to the general Chinese public, 2021 is when it entered people's daily lives.

Chunfeng Songyue Lou, one of the most famous vegetarian restaurant brands in Shanghai with a long history in classic Chinese recipes like steamed buns, noodles and dumplings and vegetable buns, now has "vegan meat" steamed buns on the menu, made with novel plant-based protein rather than traditional Chinese imitation meat.

Beyond Meat made its debut in the Chinese market by collaborating with Starbucks in the spring of 2020. It has gradually expanded to more restaurant menu collaborations and retail outlets selling frozen patties. This month, Beyond Meat and KFC are launching a "beef" cheeseburger.

The plant-based milk trend is also becoming a part of the daily routine. Once considered a hyped novel concept, oat milk is now seen on beverage menus and in ice cream and cakes, offering an alternative for people who are lactose intolerant.

While foreign plant-based protein and beverage brands are taking a stronger foothold in China, domestic brands are also marching vigorously in the Chinese market.

The series, which is ready in minutes when heated in a microwave or steamer, is now available in several supermarkets in Shanghai. 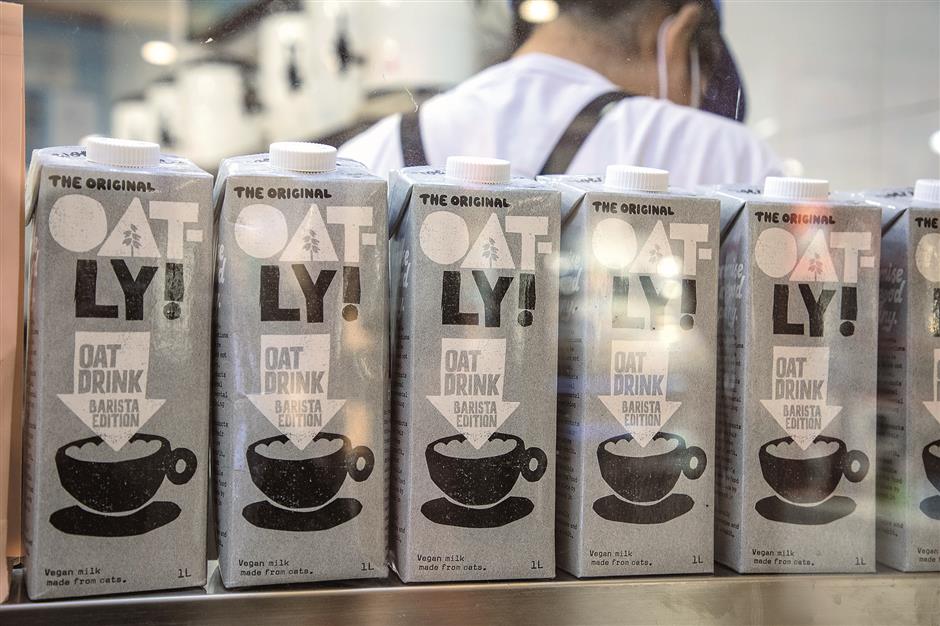 Plant-based proteins and milk are more common in the Chinese market.

Bistros are popping up all around Shanghai, and they're not just serving liver terrine with wine by the glass that offers the leisurely Western dining experience. Rather, the new Shanghai bistros are firing up spicy regional cuisine and grilling pleasure treats of the night market.

When searching for the word "bistro" on the Chinese retail service platform Dianping.com and choosing Shanghai as the location, countless results pop up. You can almost always find the bistro version of everything: French, Spanish, Thai, Japanese and even Xinjiang and Sichuan cuisine.

The Chinese translation of bistro is xiaojiuguan, which means small tavern. The bistro concept, which originated in Paris, is a small restaurant that serves moderately priced, simple dishes in a modest setting.

While the majority of the new bistros in Shanghai are affordably priced, some are considered "fine dining," such as Suzie on Jianguo Road W., which averages up to 1,000 yuan per person with dishes that are way beyond the unpretentiousness of common bistros. 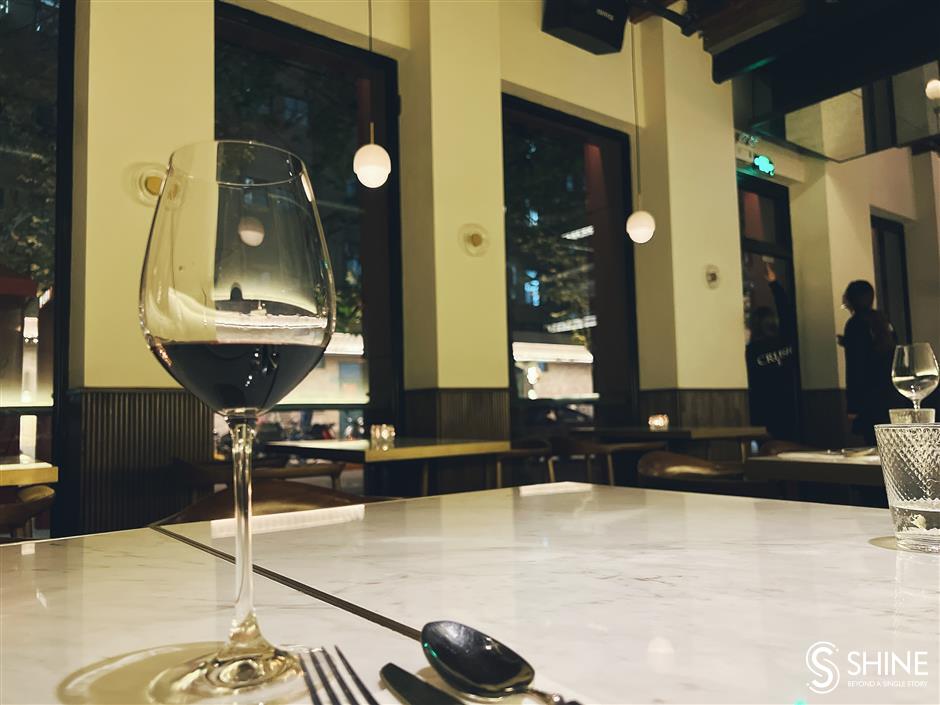 Shanghai has seen a large number of bistros spring up in 2021.