Shanghai’s famed water towns get unusually crowded on weekends and holidays, giving visitors little space to maneuver and enjoy the serenity and beauty of the quietly flowing rivers.

There are bridges to admire that were built hundreds of years ago and reveal different styles.

Daily lives of the towns’ natives are still largely influenced by the canals.

Fortunately, there are still some little-known and less-developed towns that are yet to come under the tourism magnet. They may not be as well-planned or nicely facilitated as the famous ones, but are equally beautiful, historical and culturally rich. 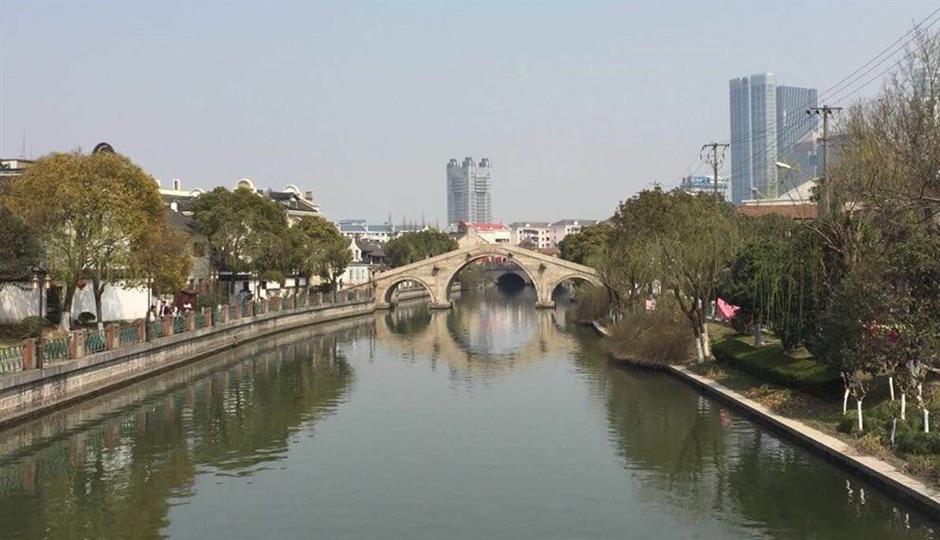 The small town of Gaoqiao in the Pudong New Area was founded in the 12th century. It is a typical water town surrounded by rivers on three sides. It is also one of the first towns in the city that looked like a small-scale city with big roads, modern schools and hospitals as well as big mansions of Chinese and Western styles, thanks to the successful merchants and traders who lived in the 1930s.

Many of these houses are still well-kept till this day, including the ancestry hall of the famous “green gang” head Du Yuesheng, who was born here in 1888. By 1930, Du had accumulated incredible wealth and influence in Shanghai through his businesses. Like many Chinese, he decided to bring glory to his ancestors by building a large ancestry hall in his hometown.

The opening ceremony of the hall was one of the biggest events of the year in 1931, with thousands of people parading along with the music played by city’s police orchestra, while top military and government leaders also attended the event.

Though a notorious mob head, Du followed the Chinese traditions of bringing benefits to his hometown, opening a primary school and hospital in the ancestry hall. He financed the expansion of the main road and helped found the Gaoqiao Middle School that still stands today.

Nonetheless, he was one of the many from the town who turned from nobody to somebody in the complex and fashionable city of Shanghai.

Yangxiantang, not far from Du’s ancestry hall, was built by another merchant Shen Jinfu in the 1930s. It literally means admiration of the saints and is an intriguing building that integrates traditional Chinese and Western styles, where wooden sculptures of 24 folk tales about respecting parents are carved above window glasses that were fashionable at the time.

Shen, who was born into poverty, became a major rice distributor in the city, and his in-laws worked as major building contractors.

He turned to them for his big mansion back in his hometown, which not only worked out more expensive but also took 13 years to be completed. It was also the first house in the town that had a basement. Shen’s eldest son hid all the family treasures in that basement when they fled after the Japanese troops marched into Shanghai. 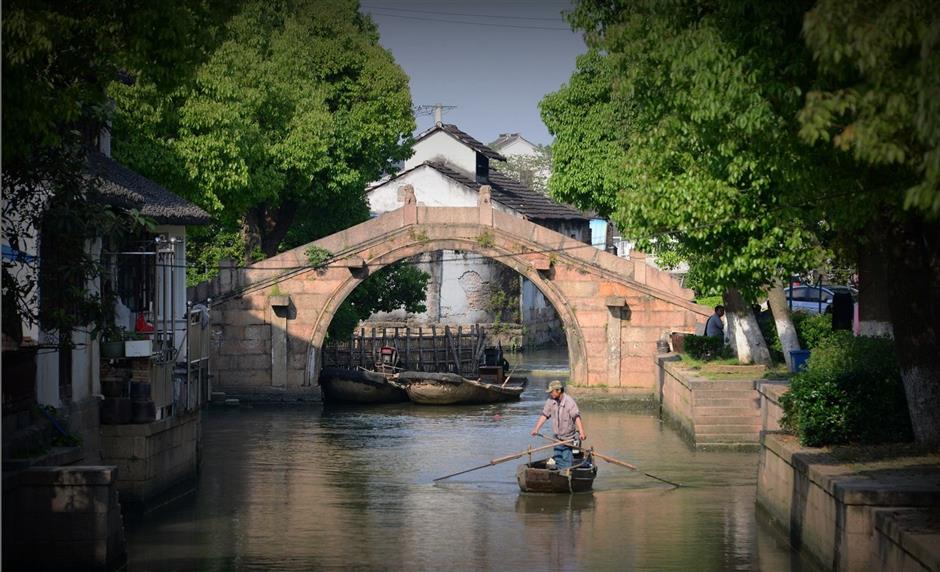 The training pond for ancient navy

Liantang in Qingpu District means a pond that was used to train the navy. The name is said to have come from the Three Kingdoms Period (AD 220-280), when the area first expanded into a town. During the time of Wu Kingdom, the place, typical of water towns with ponds, creeks, canals and rivers, is said to have been the training base of the kingdom’s freshwater navy, led by the legendary general Zhou Yu (AD 175-210).

The general structure of the water town has been well-kept. One major waterway crosses the place, with long twisting corridors and rows of two-floor houses that were once shops and warehouses on one side and very different kinds of buildings that used to be the residential areas on the other.

Most of the old houses were built about 150 to 200 years ago, with dozens of ancient stone bridges built as early as in the 14th century. The town is usually quiet without big crowds, and a perfect area to take pictures of water towns without getting interrupted or hit by a selfie stick!

The place is the hometown of Chen Yun (1905-95), former Chinese vice premier who is known for his contribution to China’s economic development.