Today is the ancient Chinese Shangsi Festival, which falls on the third day of the third month of the Chinese lunar calendar.

The celebration, often called the Double Third Festival, is said to be a commemoration of the birthday of Yellow Emperor (Huangdi), a legendary Chinese ruler 4,500 years ago, who is considered to be the ancestor of all Chinese people along with Yan Emperor (Yandi).

Legend says it was a tradition to bathe in the river on the day of celebration to eliminate not only dirt but also bad luck and evil spirits. Gradually it grew into an occasion for spring outings and gatherings by the river.

One of the earliest recorded, and most well known, Shangsi Festival gatherings were initiated by Wang Xizhi, the outstanding Eastern Jin (AD 317-420) calligrapher, in the year of AD 353.

Cups of wine were set to drift down the upstream, and whenever a cup stopped in front of an invited guest, he had to compose a poem or drink the wine. However these traditions have been abandoned and forgotten in most parts of China. Only people in remote areas and some ethic minority groups still celebrate the day by its different means.

Shanghai Daily took a look at some of the beautiful towns and villages in Zhejiang Province to see how people celebrate Shangsi Festival and continue with worship ceremonies, singing and temple fairs. 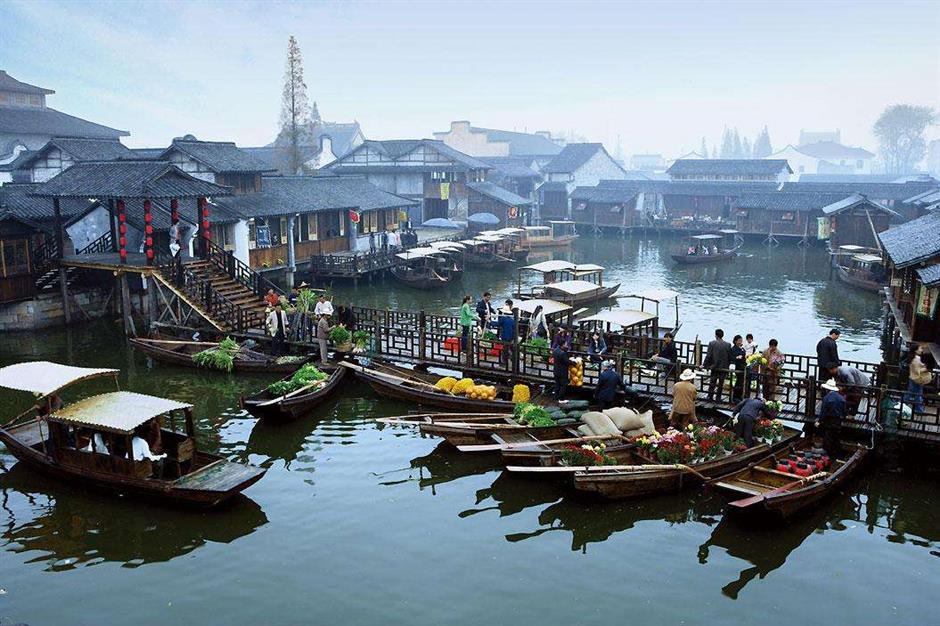 The food fair on water at Wuzhen Town

Wuzhen, around 125 kilometers from Hangzhou, is a typical watertown lying beside the Grand Canal.

Watercourses divide the town and the four main streets eventually wind up and meet each other in the town center.

Dongzha (the eastern district) and Xizha (the western district) are the two protected scenic areas where you can see black-tile-and-white-wall residence houses connected by bridges that flank the town river.

For hundreds of years, on the day of the Shangsi Festival, farmers from nearby villages came to pray in the temples and entertain themselves at the fairs, at a time when the silk farming business was still an important pillar of the town’s economy.

Greeting the silkworm deity, usually by the prettiest girl in town, was an important ritual that locals believed would bring good luck to the upcoming silk farming season.

These practices have now been fixated as part of the touristic program in April every year at the Xizha Scenic Zone.

A performative dragon boat competition is held from 2pm to 3pm every day on the town river, while a river cruise of the silkworm deity is between 3:30 and 4pm. Furthermore, visitors may join the food fair where you can buy fresh self-grown vegetables and aquatic food from farmers on their boat and have them cooked at the native restaurants nearby. 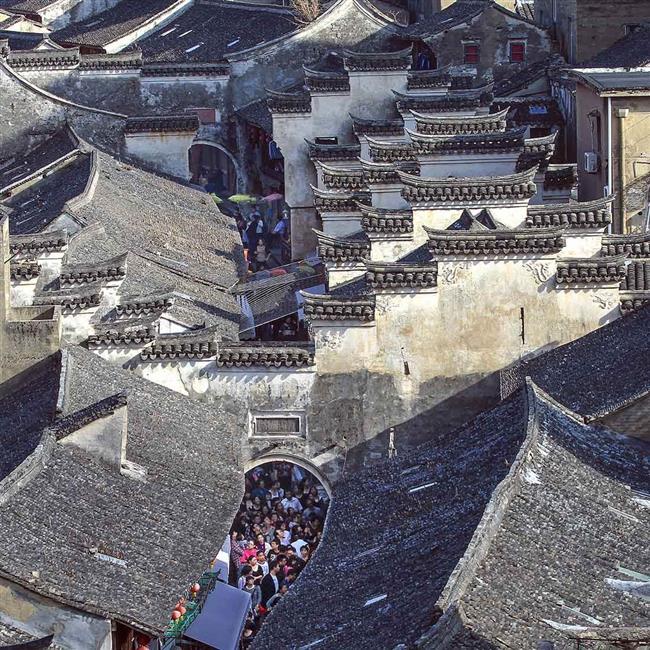 Shipu, near the coastal city of Ningbo, in Zhejiang Province, has been a fishing port for thousands of years. The crescent-shaped harbor is able to accommodate over 10,000 fish boats at one time.

The town is built on the mountain slopes facing the sea and despite being over 600 years old; the tiled brick-wall houses are still in good shape around its ancient streets.

The 250-meter-long Middle Street is paved with stone slabs and has five moon-gate firewalls equally spaced along the uphill path. The place used to be crowded with silk shops, pharmacies, banks and opium dens, which are now museums.

There is a saying among locals that “on the third day of the third month, it is time for rock whelks to come out to the beach.” So on that day, people would gather on the beach to collect whelks.

The key event is the performance of “the rock whelk girl picking her groom.” Performers put on traditional costumes and the “rock whelk girl” will throw an embroidered ball into the gathered crowd toward the man she favors. 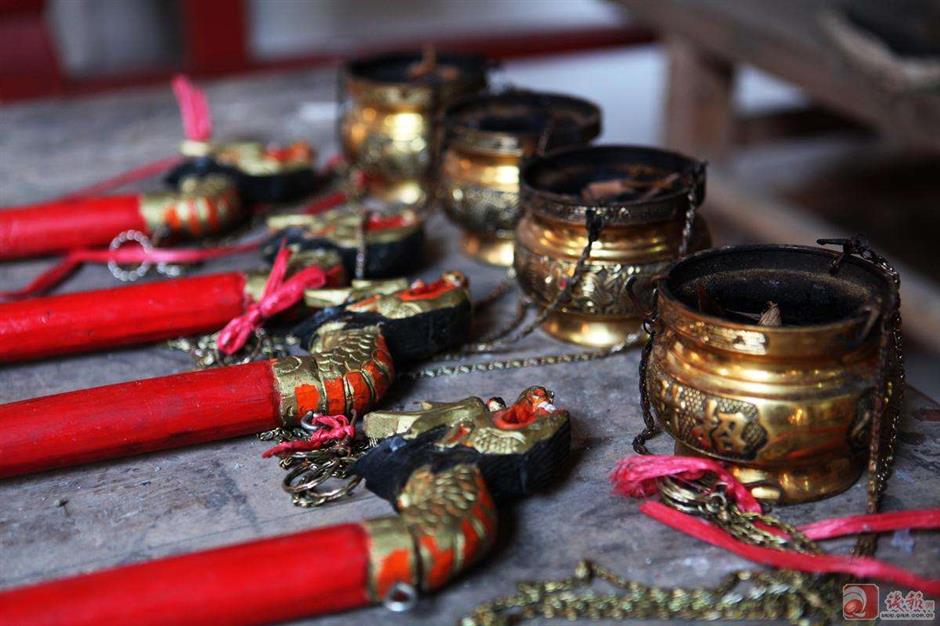 Located southwest of Hangzhou, Xinye is an isolated village under the administration of Jiande City undisturbed by war or unrest for hundreds of years.

The place is the largest single settlement of the Ye families found in the country. Some 800 years ago, a young man named Ye Kun came here to hide from the wars between the nomadic Jurchen people and the Han Chinese.

His descents remained and prospered in the small village at the foot of Yuhua Hill.

Attributed to its unique location, the village’s lifestyle has remained unchanged ever since its inception. Over 200 local residence houses and 16 ancestral halls are intact despite the weathering of time.

The locals consider the ancestor worship ceremony on the day of Shangsi Festival as the most important occasion of all. The ceremony is hosted in turn by five different clans of the Ye family living in the village.

Early on that day, villagers dress up in costumes and march to the deafening sounds of gongs and drums from their ancestral hall to the Yuquan Temple 1.5 kilometers away.

After the veneration ceremony for Heaven, Earth and the ancestors, they would then greet three deities (incarnated as three carved wooden sculptures) into a delicate case and enshrine them back into the ancestral hall.

﻿
Special Reports
﻿
61761
,
For a spring break, take a stroll in our beautiful backyard
Been there, done that? Not at these quirky sites
B&Bs in rural areas add artistic flourish to farmland holidays
Xiangshan awakens with arrival of spring
Hangzhou abounds with festival activities
A step back in time in any language in Songjiang
Fudan University founder's home is renewed
Mount Chaoshan celebrates plum blossoms with cultural activities
All aboard for a culinary excursion that will tantalize the taste buds
An excursion that gives us something to think about
EXPLORE SHINE