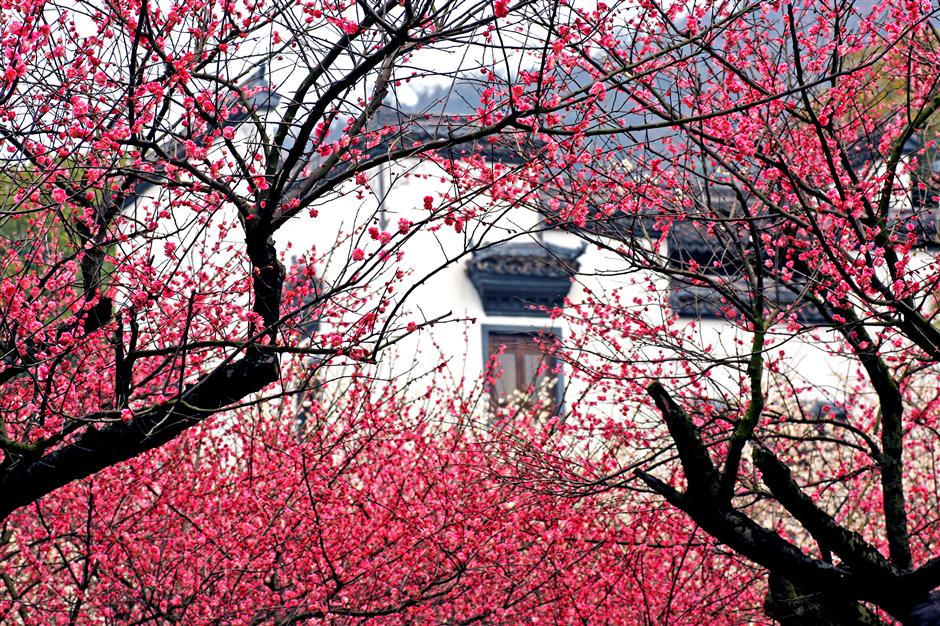 The 50,000 plum trees on Mount Chaoshan in Yuhang District, Hangzhou, begin to sprout their buds.

The 50,000 plum trees on Mount Chaoshan in Yuhang District, Hangzhou, have begun to sprout their buds. Once the weather gets warmer, the area will be covered with yellow, pink, red and white flowers.

The annual Mount Chaoshan Plum Blossom Festival, which started on January 8 and lasts through March 28, includes many events to celebrate the blossoms, such as a concert, a temple fair and hanfu (traditional Han costume) cosplay.

“This winter’s warm weather has made the blossom period arrive one week earlier than previous years. The full-bloom period coincidentally falls on the upcoming Chinese New Year holiday, and is expected to bring thongs of visitors,” said Wu Wenwen from the Chaoshan Tourism Committee. 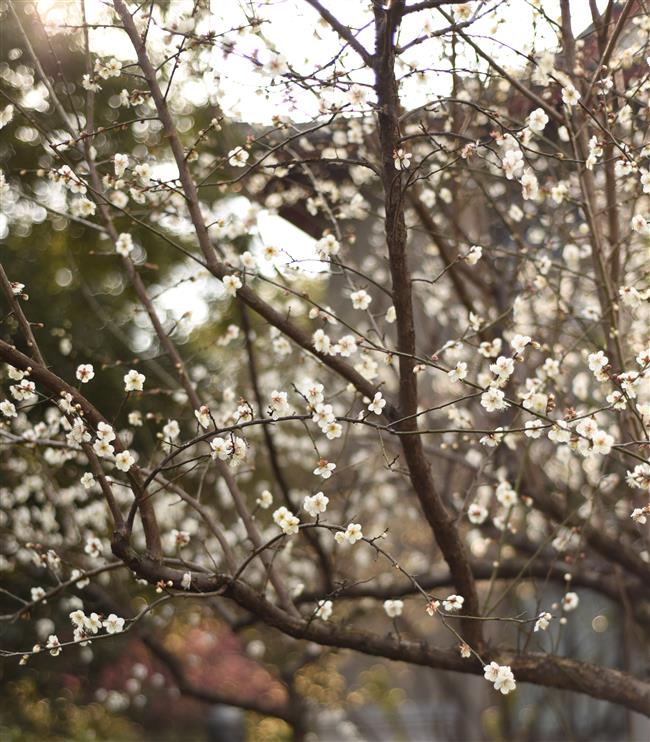 Mount Chaoshan is one of the four traditional places to appreciate the plum blossoms in Hangzhou, along with Solitary Hill, Lingfeng Hill and Hangzhou Botanic Garden.

The theme of this year’s festival is “Taste.” Organizers have integrated two local specialties, Jingshan tea and plum blossoms, and launched a series of creative tea products.

Locals have long used the greenish-yellow flowers as a tea known as Lu’e Meihua. This variety is also promoted during the festival. On the opening ceremony, tea performers displayed it with an ancient tea ceremony.

The Chinese tea ceremony includes a series of performances and procedures for using tea leaves and vessels. As a ritual performed during important occasions, it had a deep influence on tea-drinking tradition.

Plum blossoms symbolize strength, resilience and renewal. Chinese literati were great admirers of plum blossoms. In their eyes, plum blossoms are a symbol of winter and a harbinger of spring, and also a metaphor for revolutionary spirit. Thus, plum blossoms have been a frequent theme in Chinese ink-wash painting, calligraphy and seal carving.

Modern artist Wu Changshuo described Chaoshan as a “fragrant white ocean.” To Wu, the plum trees on the mountain are one of China’s most beautiful scenes, a landscape so beloved by the artist that his last wish was to be buried here.

During the festival, the tourism committee will cooperate with Wu Changshuo Memorial and professional art organizations to invite about 100 artists to paint the plum blossoms on Mount Chaoshan.

Meanwhile, the festival is also a platform to boost local culture. Craftspeople are showcasing intangible cultural heritage, including wood carvings and clay sculpture. 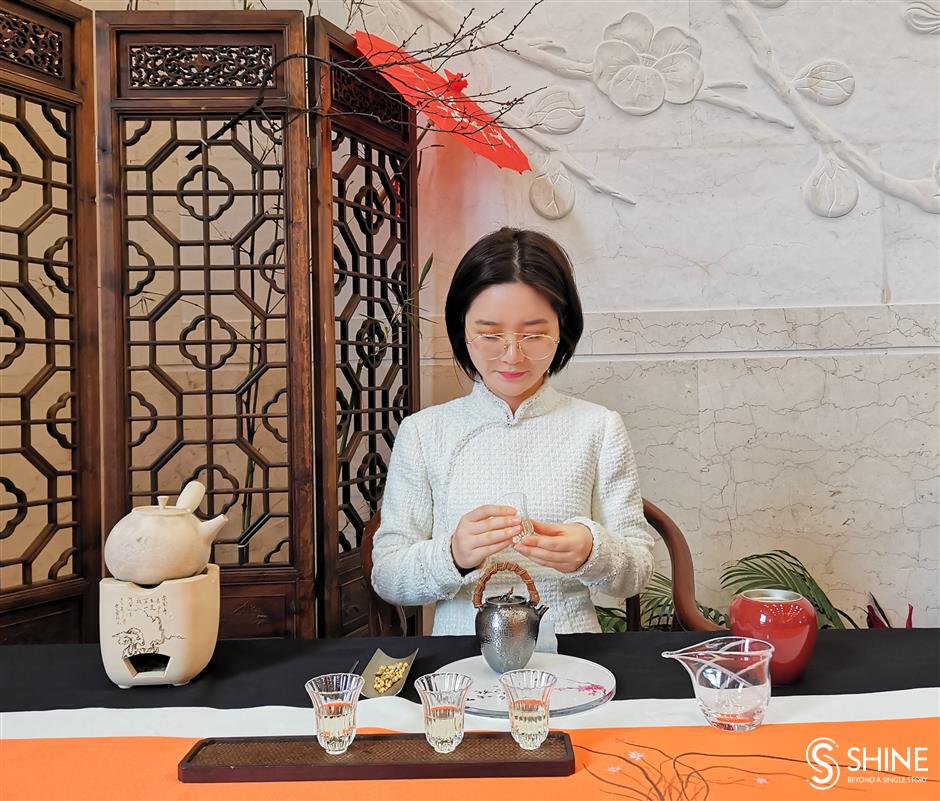 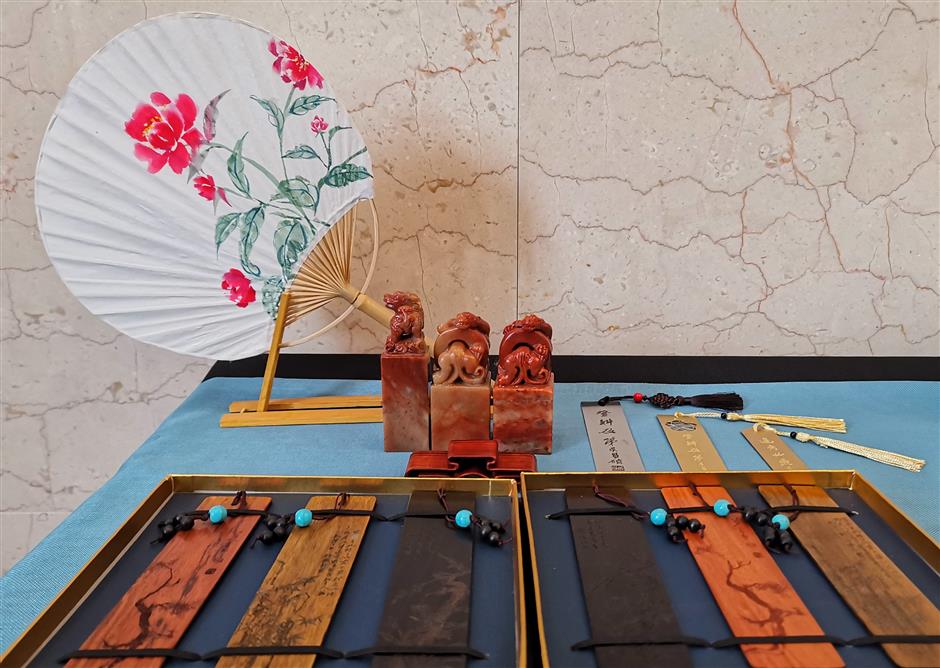 Mount Chaoshan’s flower sea has also been a magnet for filmmakers and hanfu aficionados. To bring more young visitors, the festival organizer will host a hanfu gala.

Generally, plum blossoms have five petals, but some on Mount Chaoshan are distinctive with six petals. Looking for six-petal flowers has developed into an auspicious activity during the festival. People believe these rare flowers can bring them good luck in the Lunar New Year.

Since ancient times, viewing and appreciating plum blossoms has not only been an entertainment but also a reminder of the importance of bearing hardship. In the city of Hangzhou, famous for its culture and literati, people have cultivated plum trees for generations.

Aside from Mount Chaoshan, Solitary Hill in the West Lake is another popular spot to appreciate the seasonal blossoms. Plum trees are planted along the paths, but grow thickly around Fanghe Pavilion and the Lin Society in Gushan Mountain.

Fanghe Pavilion was built to commemorate Northern Song Dynasty (960-1127) poet Lin Hejing. One of the most famous poets in his day, Lin lived in seclusion at this place for more than 20 years.

Tourists can also visit other scenic spots and classical Chinese gardens dotting Solitary Hill. The area is actually an islet in the West Lake connected by Bai Causeway and Xiling Bridge.

﻿
Special Reports
ADVERTISEMENT
61761
,
For a spring break, take a stroll in our beautiful backyard
Been there, done that? Not at these quirky sites
B&Bs in rural areas add artistic flourish to farmland holidays
Xiangshan awakens with arrival of spring
Hangzhou abounds with festival activities
A step back in time in any language in Songjiang
Fudan University founder's home is renewed
Mount Chaoshan celebrates plum blossoms with cultural activities
All aboard for a culinary excursion that will tantalize the taste buds
An excursion that gives us something to think about
EXPLORE SHINE