An excursion that gives us something to think about

Traversing downtown Shanghai from the northeastern corner to the southwestern one, Metro Line 10 provides a journey through the city’s intellectual roots. The train stops near old libraries, a university campus and the former residences of some of the city’s most notable intelligentsia. If you want to become acquainted with the academic heartbeat of the city over a century, this line provides a great excursion of discovery.

The three Soong sisters remain and will always be a legend in Chinese political history. Soong Ching Ling was the only one of the legendary beauties who chose to remain on the Chinese mainland after the founding of the People’s Republic of China in 1949.

The wife of Dr Sun Yat-sen was a former vice president of the country and made great contributions to the causes of women and child welfare.

People from all over the country come to her mausoleum to pay tribute to her.

It is located in a site which was once named Xielu Cemetery, or more commonly called the “cemetery of all nations.” Many foreigners living in Shanghai in the 1930s and 40s were buried here, including Kanzo Uchiyama (1885-1959) and his wife Kimiko, who ran a bookstore in Hongkou District and became close friends with famous Chinese writer Lu Xun. Uchiyama said in his will that he wanted to be buried in Shanghai. 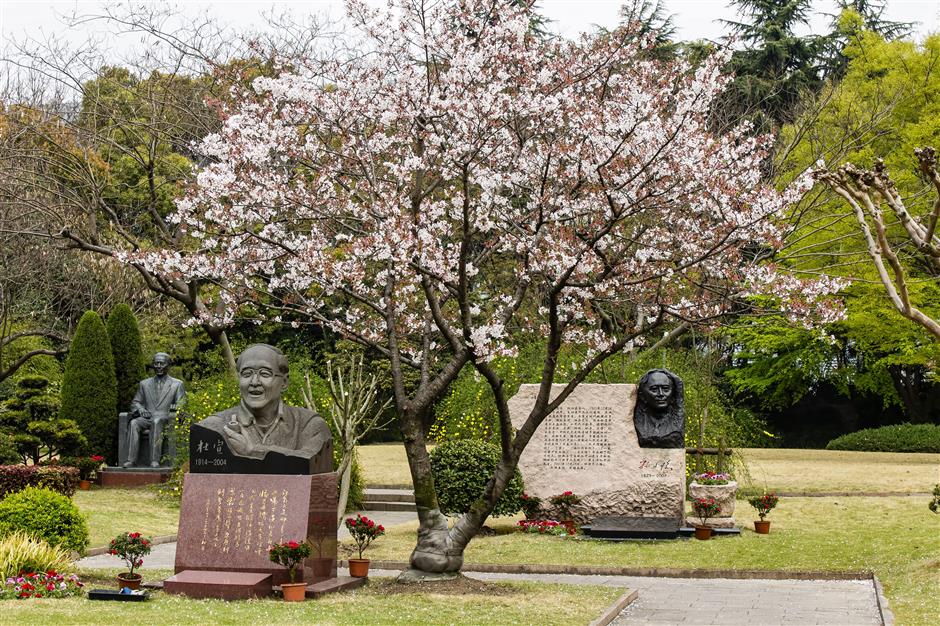 Many foreigners living in Shanghai were buried near the Mausoleum of Soong Ching Ling. 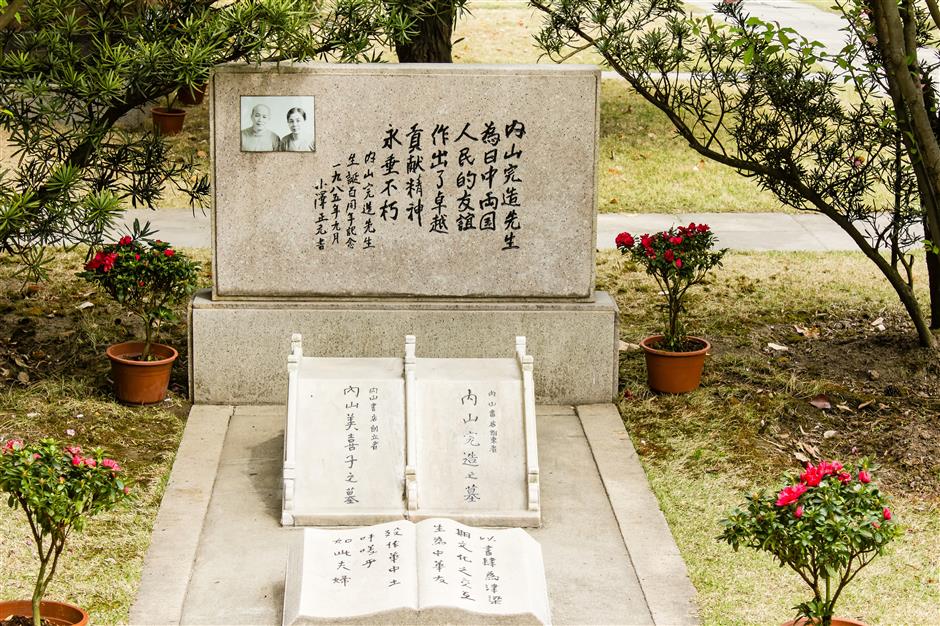 The grave of Kanzo Uchiyama and his wife Kimiko

The Yuxingji Noodle House often has a long waiting line during mealtimes, despite the fact that it is one of the most expensive noodle houses in the city.

Its specialty is “three shrimp” noodles. The number doesn’t refer to the shrimp served on top of the broth, but rather to the topping for the dish, which is made from white shrimp, its roe and head. The white shrimp are quite small and take time to shell and extricate the roe. It’s not an easy dish to prepare.

Shanghai Jiao Tong University is said to be the only university in the city that “spans three centuries.” Although most of its teaching facilities have moved to a newer campus in Minhang District, the old Xuhui campus is still an icon for the university.

Founded in 1896, the university was first known as the Nanyang Mission College. It offered education from primary school to college. Its name was changed to Jiao Tong in 1929, and it managed to survive through ensuing years of war. The entrance of the campus resembles a Chinese temple or similar venues. Even alumni call it “temple gate.” Walking into the campus, visitors will see buildings in traditional Chinese, neoclassic and art deco styles, reflecting changing architectural trends of the past century.

The old library shouldn’t be missed. Built by alumni contributions in 1919, the building resembles a European mansion, with Corinthian columns and Baroque-style carvings. It now houses a museum and an archive displaying the history of the university.

Other sites on campus include a museum on Chinese shipping history and several monuments. 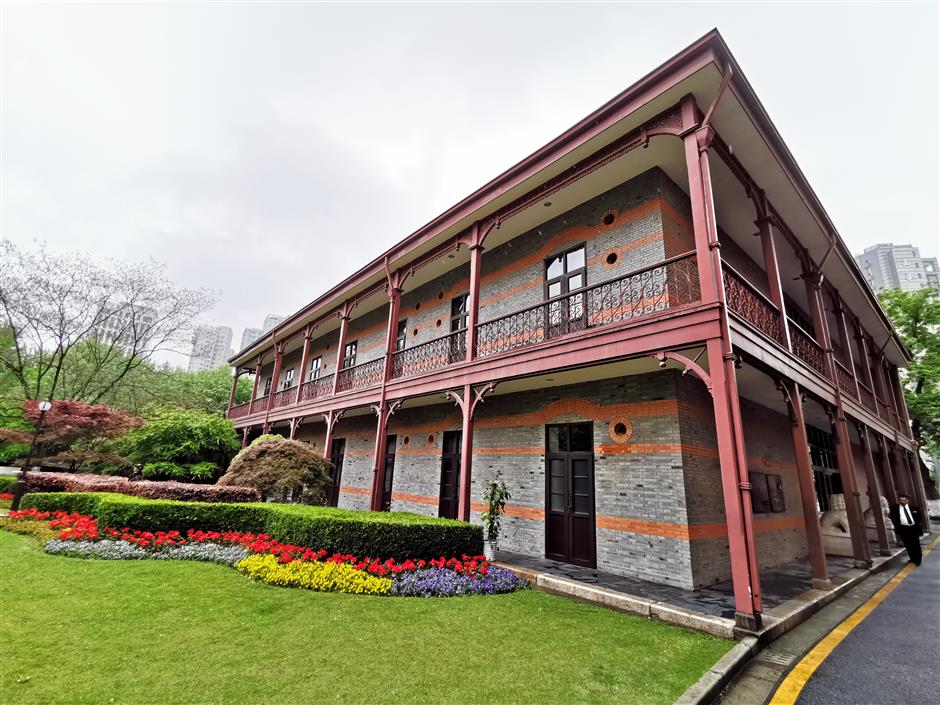 When you research “Michelin starred restaurants” online, one of the results that pops up is the Moose. Meals here cost between US$40 and US$50, so affordability is a matter of one’s personal finances.

Yangpu District lies nowhere near the city center, but in the 1930s, the then Kuomintang government planned to make it one. Although the grand plan failed because of war, the aspiration has left its marks in buildings and a stadium.

The art deco-style library building is crowned with a traditional Chinese-style gate tower. Inside, visitors may be forgiven for thinking they have wandered into the Forbidden City in Beijing. Red columns and intricate, colorful ceilings hark to the interiors of Chinese royal palaces centuries ago.

Even older residents living in the proximity of the 83-year-old library may not know its precise history. Some locals will tell you that it was a high-school building that lay deserted for many years; others think it was once a war headquarters. 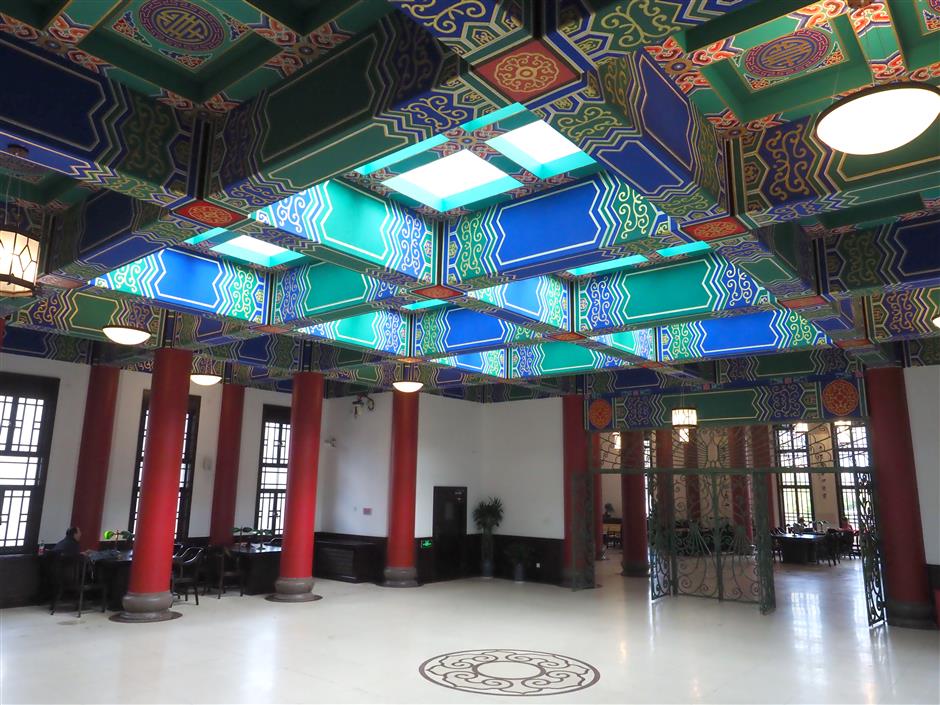 The structure was built as a library. It was designed by Dong Daqiu (1899-1973), who also designed a nearby former government building that now houses the Shanghai University of Sport.

The library, however, didn’t stay open for long. One year after it opened in 1936, the Japanese army invaded Shanghai, and the library was shuttered. For some time, it was commandeered for use by the Japanese army.

After 1949, a high school did take over the building, remaining there until the 1990s.

The structure was then deserted until it was renovated and reopened last year to resume its original function.

Jiangwan Stadium near the library is another relic of the same era, also designed by Dong. The stadium exhibits many of the same themes as the library, with its top wall decorated in traditional Chinese tiles and cornices.

Just like the library, the stadium was used as an arsenal by the Japanese during the war. It, too, underwent subsequent renovation.

The Cha Cha Restaurant is decorated like old ballroom from 1930-40s Shanghai. The waiters and waitresses wear clothing of the era.

The dishes served here, however, are more modern. Most are based on Shanghai cuisine but with unexpected twists of ingredients or seasoning. Dishes like deep-fried ribs covered with salted yolk are quite popular.

One of the earliest garden villas in Shanghai, Dingxing Garden is quite unique. It has three Western-style villas and a garden in the typical Suzhou style.

The date of its construction is unknown. Some say it was built in 1862, but others believe it was around 1900. The first owner was Li Jingmai, son of Li Hongzhang, a politician, general and diplomat of the late Qing Dynasty (1644-1911).

Originally there were only two buildings in the garden, now designated Building 1 and Building 3. Building 2 was constructed after 1949. 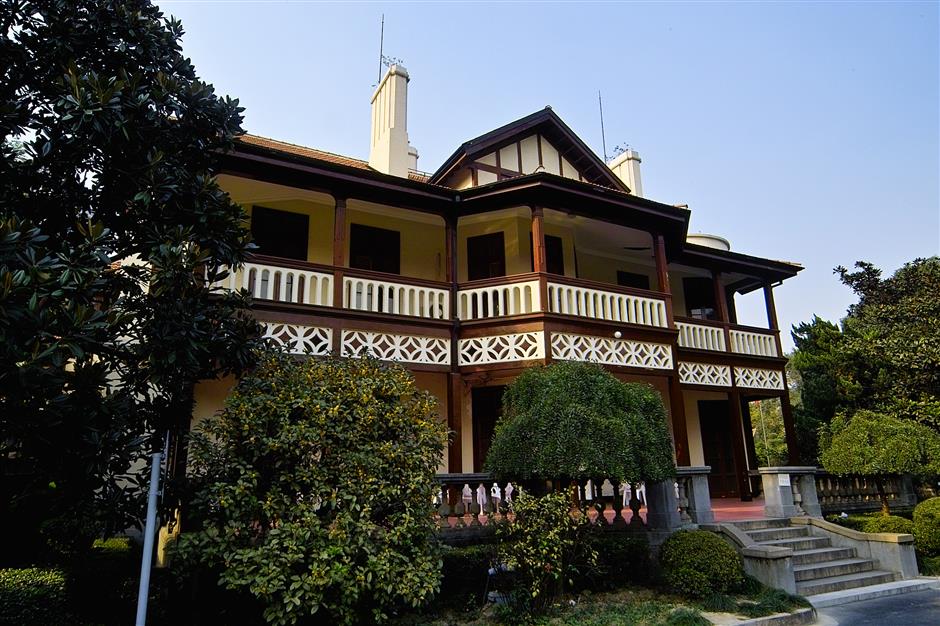 A Western-style villa in Dingxiang Garden

Dingxiang means lilac, and the name comes from the eponymous flowers in the garden. It might be a coincidence that a concubine of Li Jingmai, who lived in the garden for a while, was also named Dingxiang.

The white and red buildings are quite eye-catching, set in a garden resplendent with trees and other greenery. Li lived in Building 1, while Building 3 was used as a private library and museum. Books and treasures from both home and abroad — mostly from the imperial court — once filled the villa.

The buildings today have been modified into restaurants and offices.

In the garden, a bamboo forest follows a winding path toward a pond that has a pavilion covered in glazed tiles in the middle. A glazed tile dragon wall of more than 100 meters in the garden reveals the high status of the former owner.

Oddly enough, the villas don’t seem incompatible with the garden. They are yet another example of how different cultures clash with each other in harmony. 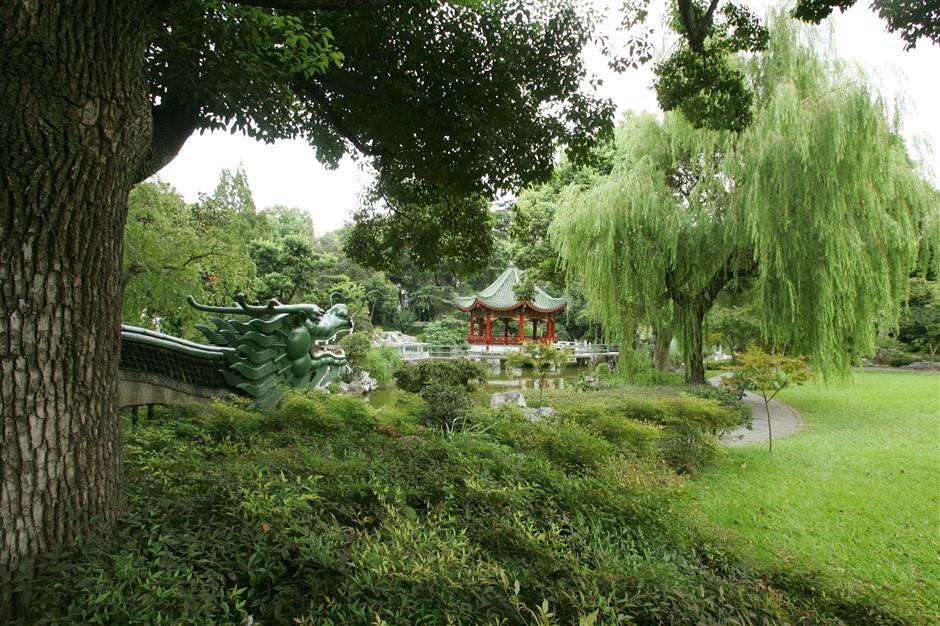 The Chinese garden next to the villas

In Building 2 of Dingxiang Garden, the Hien Yue Xuan Restaurant is more talked about for its garden view than its food. But that doesn’t mean the meals aren’t good.

A typical Cantonese meal, light yet with rich flavor, is welcomed in any season. The Cantonese yum cha, including shrimp dumplings and tea, make for a good afternoon break.

﻿
Special Reports
ADVERTISEMENT
61886
,
For a spring break, take a stroll in our beautiful backyard
Been there, done that? Not at these quirky sites
B&Bs in rural areas add artistic flourish to farmland holidays
Xiangshan awakens with arrival of spring
Hangzhou abounds with festival activities
A step back in time in any language in Songjiang
Fudan University founder's home is renewed
Mount Chaoshan celebrates plum blossoms with cultural activities
All aboard for a culinary excursion that will tantalize the taste buds
An excursion that gives us something to think about
EXPLORE SHINE