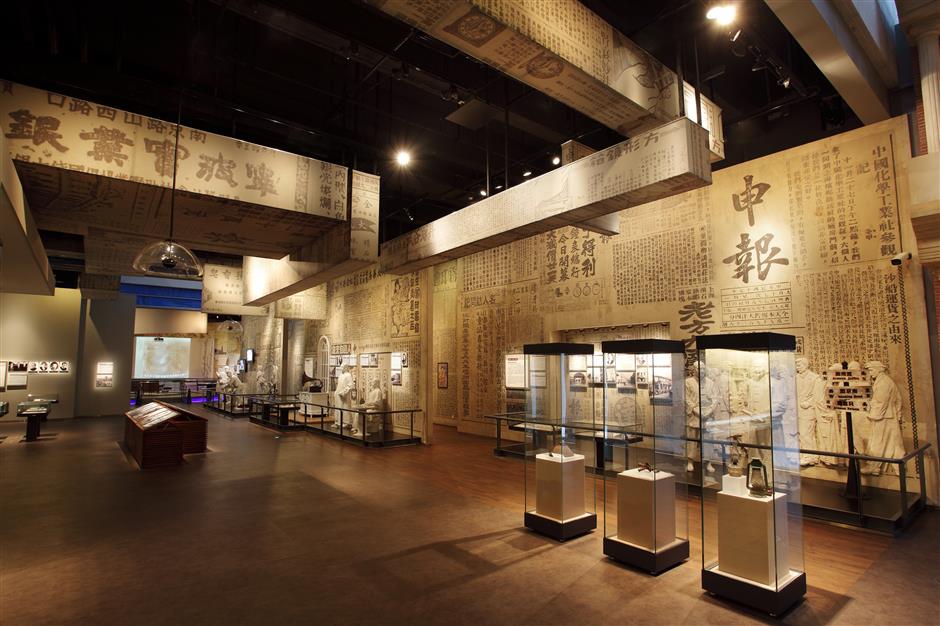 Sitting along the East China Sea, Ningbo has for centuries been a major port of China, and the commerce of trading bred generations of merchants who came to be known as Ningbo bang.

The Ningbo Bang Museum at the southernmost tip of the Hangzhou Bay Cross-Sea Bridge in Zhejiang Province captures the stories of these remarkable entrepreneurs who helped build the nation and carried their mercantile skills to all corners of the world.

The bang is considered a cluster of patriotic people tightly linked with the fate of China.

The bang is credited with advancing the nation during the Chinese People’s War of Resistance against Japanese Aggression, the civil war and the economic development of the past 40 years.

In contemporary times, the bang includes the elites in numerous disciplines, including scientists, politicians, engineers, artists, writers and educators.

It’s not surprising that Ningbo should be the cradle of such talent. The city’s people are well known for being sharp-witted, open-minded and risk-taking. Their pioneering spirit is complemented by their diligence, thrift, common sense and preference for low profile. They were innovators long before the word became a national buzzword.

The museum’s brick-and-wood architecture features some of the elements of a traditional watertown on the southern bank of the Yangtze River. Those elements include bamboo screens, canals and a distinctive architectural style. Leftover roof tiles collected from dismantled houses during Ningbo’s urban redevelopment were used to build a giant wall in the museum lobby.

Seen from the air, the museum is shaped like the Chinese character yong, an abbreviation of the name Ningbo.

In 1843, after Shanghai opened its port to the world, the entrepreneurs of Ningbo sensed new opportunities and flocked to Shanghai with money and new ideas.

Many venerated Shanghai brands were, in fact, set up by Ningbo businessmen. They include Baodaxiang, Xiedaxiang and Xindaxiang fashion stores on Nanjing Road W., the Shanghai Soap Co and the Tong Han Chun Tang pharmacy.

The museum recreates the busy shopping scenes of the past with old-fashioned posters, signboards, counters and desks with abacuses on top.

Ningbo bang opened a new chapter for China’s financial industry in Shanghai. They established the Imperial Bank of China on the Bund, the country’s first modern bank. They introduced Western financial concepts such as trust, securities and insurance to China.

An array of old photos at the museum shows banks of Ningbo origin mushrooming on the western bank of the Huangpu River.

Even during the Great Depression and the years of World War II, Ningbo businessmen still operated more than 2,000 companies in Shanghai, active in industry ranging from salt, food and fishing to banking, pharmaceuticals and fashion. To some extent, Ningbo bang provided major support to Shanghai’s economic stability and development.

In the post-war era, Ningbo merchants set sail for Hong Kong, which was a base for their global expansion.

In the 1980s New York Times list of the world’s top-seven shipping magnates, two were from Ningbo — Pao Yue-Kong and Tung Chao Yung (1912-1982). Tung’s eldest son, Tung Chee Hwa, went on to become the first chief executive of Hong Kong after the territory was returned to Chinese sovereignty in 1997.

Hong Kong Dragonair, which later merged with Cathay Pacific and became Cathay Dragon, was established in 1985 by Ningbo native Chao Kuang Piu. It was the first local competitor to Hong Kong’s largest airline and broke the British monopoly in the market.

Chao’s descendants donated an early model of a Dragonair plane to the museum and some precious photos.

Ningbo bang always valued education. Many of its successful businessmen, such as Pao Yue-Kong and Run Run Shaw, also known as Siu Yat-fu, built schools and libraries throughout China. It’s no exaggeration that almost every major university in China has a Yat-fu Hall to remember the great philanthropist.

Opened in 2009, the Ningbo Bang Museum is a major event venue and also the spiritual home for all Ningbo natives at home and living abroad.