Desert kingdom of contradictions is opening up tourism

On the eve of our departure on a flight to Saudi Arabia, four friends and I were still agonizing over whether to cancel our long-planned holiday.

It was the end of January. International flights in and out of China were being canceled daily, and policies related to Chinese tourists in different countries were changing equally rapidly due to the coronavirus outbreak.

Virus aside, it had been a most difficult trip to plan. Saudi Arabia didn’t offer a general tourist visa to non-Muslims until last September.

It took about 15 minutes to fill out an online visa form with basic information, and the e-visa was sent by e-mail within hours.

That was the easy part. 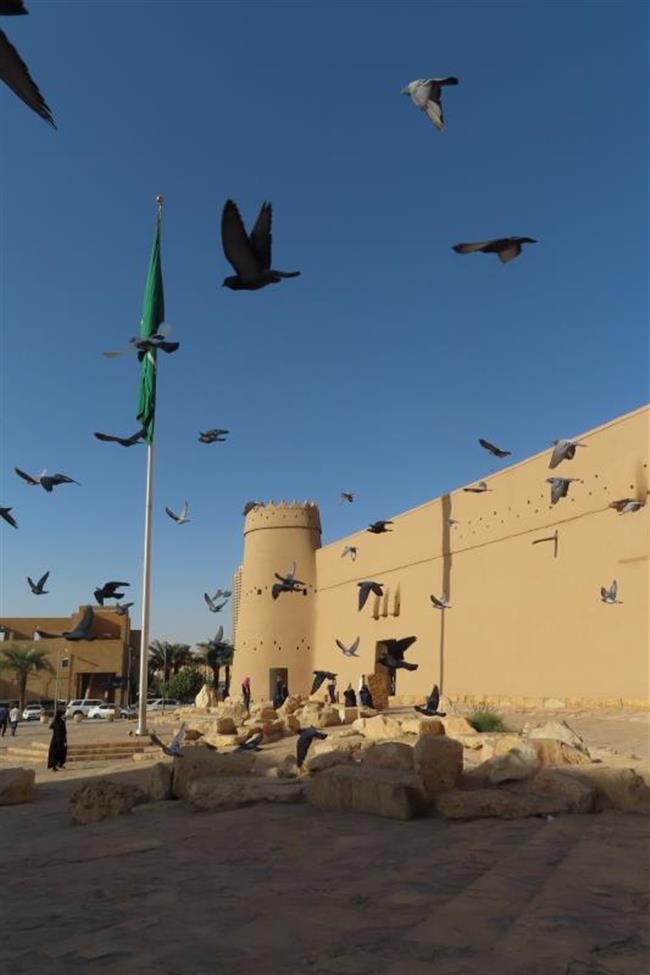 Without knowledge of Arabic, we found very little online information in English or Chinese about the country, except for the cities of Riyadh and Jeddah.

Even Chinese Muslim friends who went on the Hajj couldn’t offer much help. Like many others, they didn’t travel extensively beyond the holy sites of Mecca and Medina.

Online comments from the few who had visited Saudi Arabia were often contradictory. Was it safe for a foreign woman to travel? Could men wear short pants? Was it necessary to cover one’s body from head to toe for the entire trip? Were UNESCO sites open to the public?

Those who had returned all agreed on one point: The trip was worth it. In the end, we took the trip and I ended up agreeing with them.

Our three-week tour included five-star hotels in large cities like Riyadh, filled with expatriate workers and foreign businesspeople, and local breakfast-and-bed hostels in smaller places like Taif and Zee Ain.

The trip certainly ticked off all the boxes for a good holiday: heritage sites, distinct culture, hospitality, good food and plenty of serendipity.

Surprises abounded — some pleasant, some not so. The more we tried to “blend in” with locals, the more disparities we encountered.

When we disembarked at the airport in Jeddah, the west coast commercial hub of Saudi Arabia, I didn’t even dare to take out my mobile and grab a selfie. I felt a bit intimidated about what was acceptable.

So I took my cue from photos on the Saudi official tourism website, and by the time we arrived in Al Bahah, 410 kilometers away, two weeks later, I was already in jeans and shirt, wearing a pink headscarf.

“So much has changed in the last two to five years, but that depends on where you go,” a Pakistani worker at a McDonald’s in Al Bahah told us. “It is more conservative here in Al Bahah, but there are still obvious changes. For one, you would not be walking down the street like this if you had come two years ago.”

We had heard that the kingdom was now allowing women to drive, but we didn’t see any of them behind the wheel. However, we did see women working in all kinds of jobs, including those speaking fluent English in pharmacies. And we encountered a few women secretly begging for money or food on the street.

Encounters with individual Saudis were both reassuring and sometime odd. An older woman of conservative demeanor “protected” me in a crowded queue, when I had accidentally lined up at the wrong entrance for a sacred site. A young man speaking broken English in a shopping mall told me: “Respect my country.” 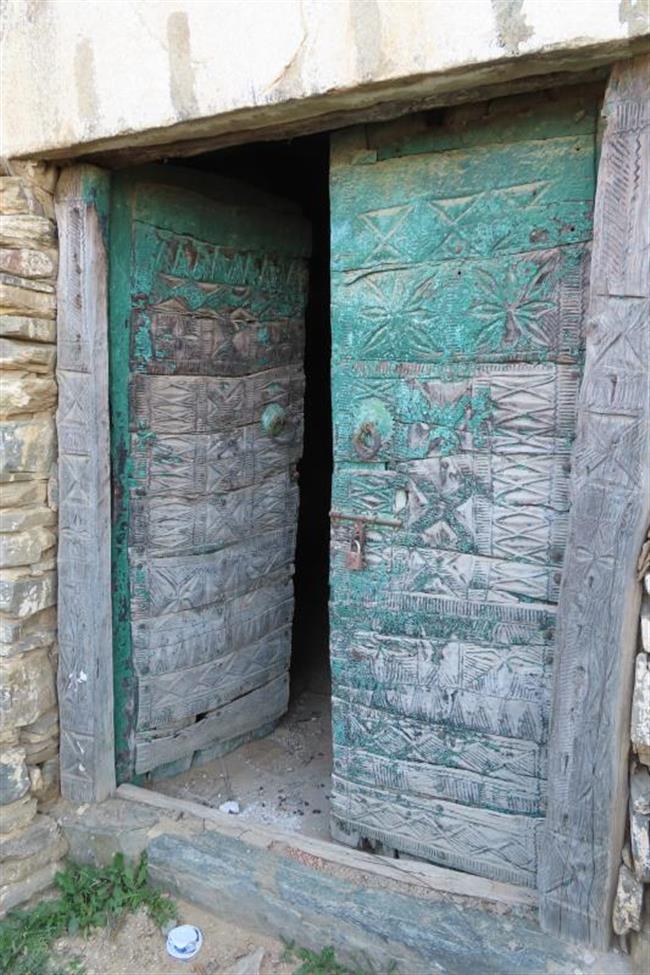 An old door in Al Bahah

At the same mall, I came across an abaya shop, where mannequins in different poses all had on the same black robes. Across from that shop, a lingerie shop allowed only females inside.

We were kindly offered coffee and dates by a local family on a bullet train. The husband was curious about us and eager to communicate, using translation apps and body language. He even showed us videos about China that were trending locally.

We were kicked out of a local eatery because there was no “family section” where groups with women could eat. Admittedly, the restaurant staff looked upset at having to refuse us service.

Saudi Arabia had recently unveiled new rules about breaking down the barriers between singles and family sections in restaurants, stirring a debate and opposition from conservative forces.

For most of our trip, people stared at us, openly or surreptitiously, but I found most of them just curious, not hostile. I could see smiling eyes peering out of veils.

We might have been the first young Chinese tourists they had ever seen. Chinese construction workers are common in the kingdom, and there are older Chinese Muslim families visiting there, but tourism is just emerging.

We didn’t see many tourists from any country while there. At times, we were the only visitors at a UNESCO heritage site.

Saudi Arabia has five such sites. Madain Saleh, a desert archeological site of the Nabataean kingdom, is quite similar to the popular Petra site in Jordan. It was the first Saudi site to be given UNESCO designation. Other sites are under construction as part of the Saudi Vision 2030 plan to diversify the economy away from oil dependence.

It was unclear whether Madain Saleh was actually open on a winter weekday. However, the official tourism site and many online comments pointed us to the Winter at Tantora Festival that was held at the site. It’s an eight-weekend series of music festivals to promote the site.

When the festival began in December 2018, its list of performers included Andrea Bocceli and Yanni. A short-term, festival-specific tourist visa available with each set of tickets. The festival was a sort of trial balloon for opening up the tourism sector.

Indeed, photos filled with colorful hot balloons floating above grand ancient tombs were stunning. I wanted to see this place of pre-Islamic civilization, filled with tombs and rock art.

We found tickets still available at a plaza equipped with an outdoor rest area and fast-food booths. All visitors are taken from the plaza to four ancient sites on fancy buses. The only other tourists on our bus was a young local couple, who kindly offered us chocolates. 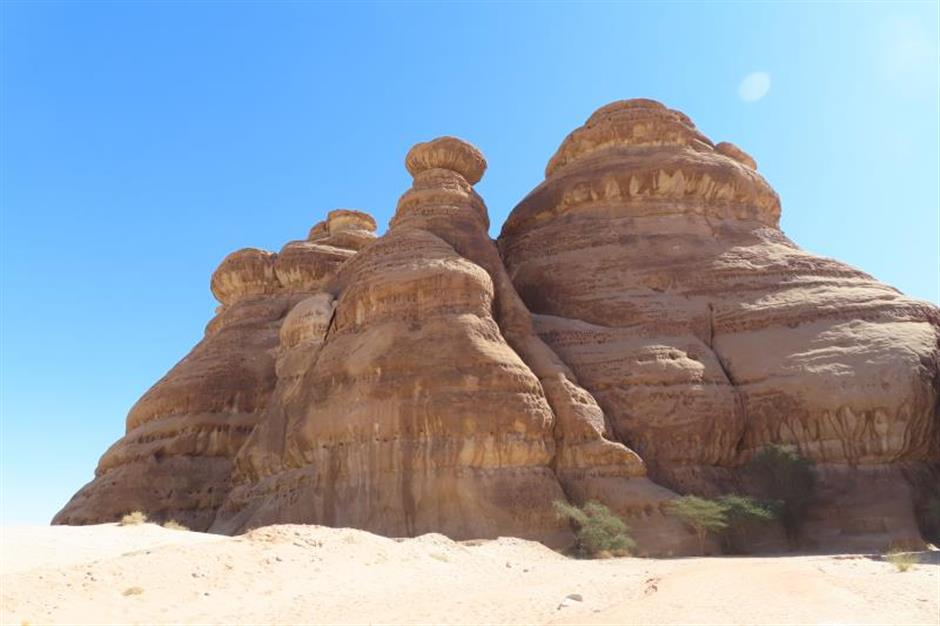 Madain Saleh, an archeological site of the Nabataean kingdom similar to popular Petra in Jordan, was the first Saudi site to be given UNESCO heritage designation.

They and we were the only visitors at each site. A tour guide, fluent in English, told us about the Nabatean kingdom, which had its capital in the modern archaeological site of Petra.

This area sat at the crossroads of an important trade route in incense and myrrh, which brought great prosperity at that time.

The place is still under excavation by foreign archeology teams. Four sites are open now — a religious area and three congregations of rock-carved graves.

The tour starts at the religious area, with a narrow corridor casting sunlight in between high rocks inscribed with ancient pictures and scripts. On one side, a government edict was carved out of rock, showing where and how the highest-ranking inhabitants gathered.

Most graves were carved, in rows next to each other. Names of the occupants were inscribed at the entrance, some for women. Phrases warning visitors from entering can also be found on some graves.

Carved staircases found in most of the later tombs indicated a pathway to heaven, according to the tour guide. Birds, flowers, imaginary beings and even human faces were carved on other graves, though some faces were badly weathered.

The most iconic grave is the Lonely Castle. Carved on an isolated rock outcrop, it is the largest and has four columns with Nabataean crowns on the front. Most of other graves had only two regular columns, but the guide told us there were no traces of burial sites inside the one with crowns.

The Saudi capital Riyadh is a cosmopolitan city filled with skyscrapers and modern shopping malls.

We found the UNESCO heritage site Al Turaif on its outskirts closed for construction. Our Uber driver took us around the walls to give us a glimpse of a small section of original architecture left from the kingdom’s first capital in the 18th century. It has been largely restored, with new buildings around it. The driver also told us luxury hotels and malls would be built there. 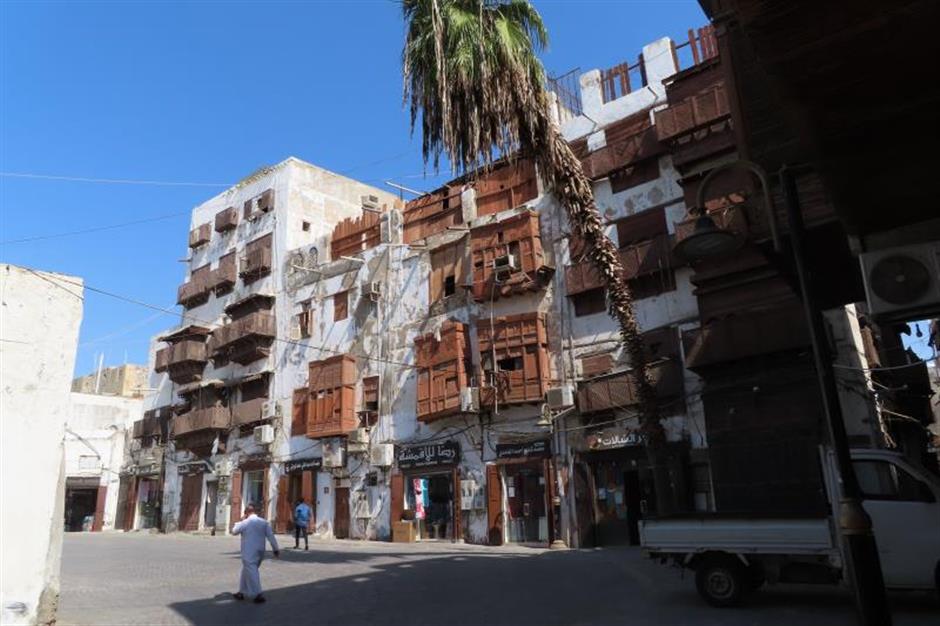 The zigzag alleys in the Al Balad historic area in Jeddah house dozens of historical coral stone and wooden buildings, many with secluded wooden balconies and windows.

We went to a traditional village called Zee Ain, located on a mountain in Al Bahah. Dating back about 400 years, the village has some 300 stone houses, a small mosque and several fortifications that display how village people lived and defended themselves. Facades have been restored but most interiors await reconstruction.

On the mountaintop, we discovered the underground spring water that gave the village its name.

The city of Jeddah and its Al Balad historic old town, also a UNESCO heritage site, had a lot more tourists. We encountered an elderly couple who looked local, the husband pushing his wife’s wheelchair. They told us they had moved to Canada 30 years ago but returned to their native land last year, after relatives told them about the huge changes in the country.

The zigzag alleys in the old town house dozens of historic coral stone and wooden buildings, some dating back 500 years and many still under repair.

The homes are distinctive, with secluded wooden balconies and windows. We visited the interiors of houses turned into museums and found tea sets on the secluded balconies, indicating that women in the households could get some fresh air and street views in their indoor clothing without being seen.

Some old houses have also been turned into cafes, providing rooftop seating that affords a panoramic view of the entire area.

Jeddah was also the only place in Saudi Arabia where we had seafood. We ate in a fancy seashore restaurant where the most popular seats were those by the window, allowing patrons to view the Jeddah Fountain, the tallest of its type in the world.

After we left Jeddah, we read that a new bar was offering non-alcoholic drinks in the city. It was a pity we missed it. 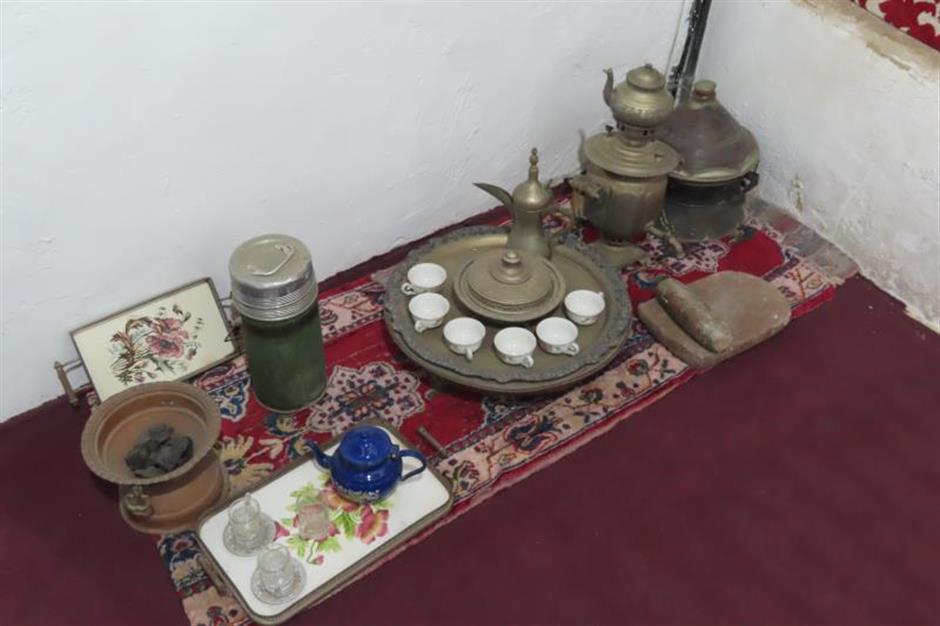 Special Reports
ADVERTISEMENT
Restored admiration for Zhu family in Songjiang
An island park so close to downtown but still obscure
Hangzhou enticing non-natives to stay put over holiday
New look and a new life for the old street
Let an umbrella be your smile! A town with plenty to be happy about
Rainbow colors among sports park's green
What's on in Songjiang District in January
Western-style villas from a bygone era in Shanghai
Yuhang policy bears fruit in tea culture
An ancient king who carried cultural secrets to the grave
EXPLORE SHINE