Anyone with even a slight interest in the history of human development will know at least some key points about China's lightening fast jump into the future over the past 40 years. Most people know about this country's massive high-speed rail network, which has literally transformed every place it crosses.

But China's highways, too, are making a massive change in the country, especially those traversing tough, arid areas. One such highway is the Wuhai-Maqin expressway.

But what's the purpose? When completed, the roughly 1,200-kilometer highway will play a key role linking relatively isolated areas in north and northwest China with the rest of the country.

Recently I was lucky enough to travel down the highway for 10 days with China Global Television Network, stopping off along the way in some key areas to meet some fascinating locals, and even working for a day on the construction of a piece of highway running through the Tengger Desert, the first of its kind in China.

We started our journey in the Inner Mongolian city of Wuhai, home to some 600,000. Funnily enough, we went to meet a very unique figure in the area: the city's only foreigner. Frenchman Bruno Paumard is the master behind Chateau Hansen, a world-class wine producer pushing the joys of Inner Mongolian wine to China, and the world.

Paumard took us for a VIP tour around his chateau, tasting wine as we went along. "The Wuhai desert terrain gives a strong structure and an amazing taste to our red wine," he said as he taught us how to taste wine like the professionals. (Contrary to popular belief, you don't have to spit it out if you don't want to, he insisted – it's up to you.) "My reds can compete well in blind tastings among the red wines of France."

I'm no wine expert, so the conversation inevitably changed. I really wanted to know what it's like being the only foreigner in Wuhai. "Everyone cherishes me a bit too much," he told me. "I feel like a little prince."

Although he's married, Paumard is still a ladies' man, with the vast majority of his 5,000 Douyin followers being adoring local women. "They like my romantic life," he laughed. I thought I better leave it at that! 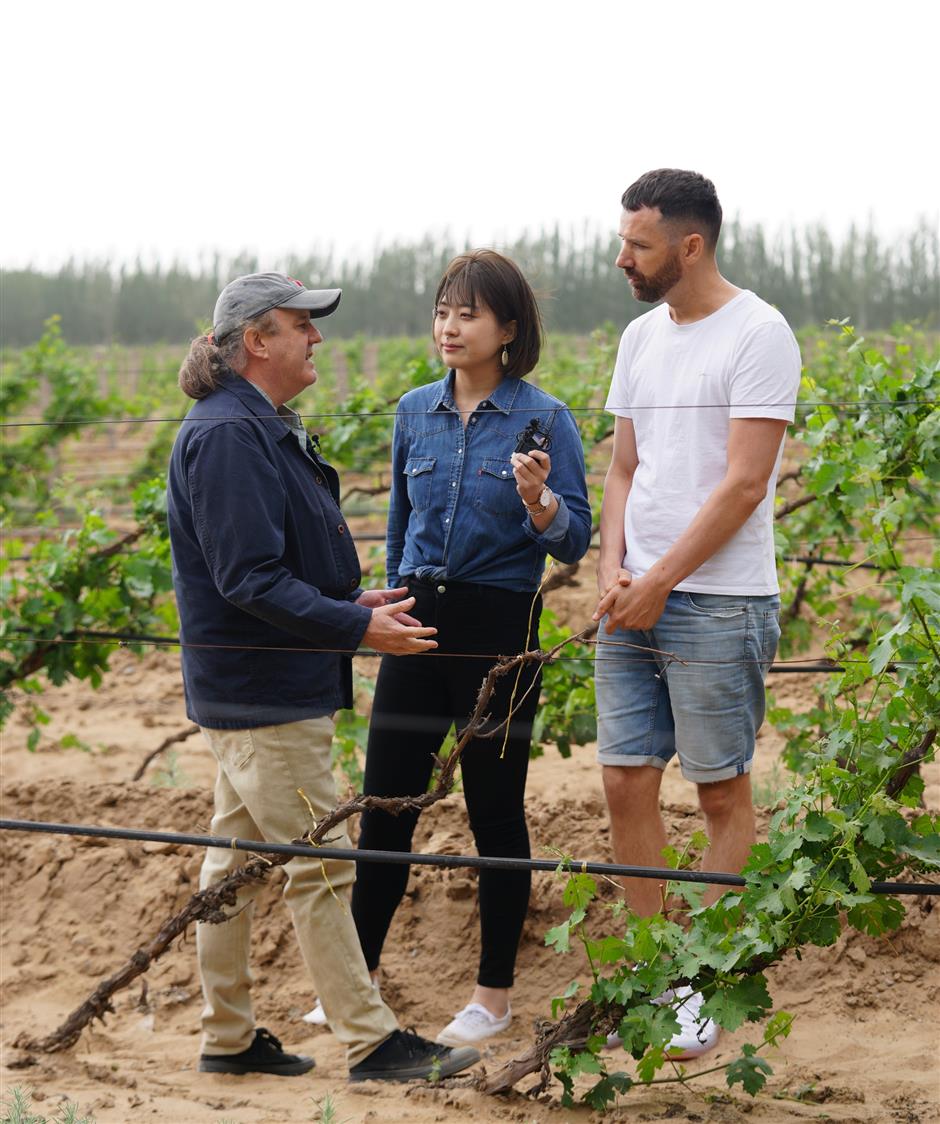 Bruno Paumard (left) took Andy and Liu Hui, from China Global Television Network, for a VIP tour around his chateau in Wuhai.

Ningxia is home to the star of a hot new TV drama, "Minning Town." The show chronicles the true story of a small piece of arid desert, which was transformed into a prosperous oasis over the span of just 30 years. I haven't watched the show yet, but I did meet with the town's deputy chief Li Huixin, who is also somewhat of an Internet celebrity in the area. Apart from his governmental duties, he also spends his days promoting products from the area on his livestream.

"I started livestreaming in May 2020, under the influence of COVID-19," he told me. "Every day I broadcast twice, sometimes for eight hours." Interesting!

Noodles with the master in Lanzhou

Without a doubt, the most famous thing to come out of Lanzhou, capital city of Gansu Province, is Lanzhou beef noodles. (Interestingly, the Chinese version of Botox, Hengli, also calls Lanzhou home.) We were honored to be taught the process by the fourth-generation master himself, Ma Wenbin.

You might think noodles would be a lunch or evening meal, but people in Lanzhou traditionally eat Lanzhou beef noodles for breakfast. While this hearty dish might seem simple at first glance, the process of making the broth, pulling the noodles into one of 12 sizes and readying the beef is so precise that people never make Lanzhou beef noodles at home, instead choosing to eat at the establishment of a real master.

I tried my best, breaking my dough apart in the process, but was relieved when Ma told me my poor performance was normal. "I've been doing this for 40 years," he reminded me.

Our last stop was Xining, capital city of Qinghai.

You can't visit Qinghai without experiencing thangka, an ancient Tibetan art form. So we headed to see the longest thangka painting in the world at China's Tibetan Medicine and Culture Museum. Spanning a massive 618 meters, the painting took 400 artists a few decades to complete. It tells the story of history, from the beginning until present day, according to Tibetan culture.

We also had a private class with a renowned thangka teacher, Gendun, who tried his best to pretend we weren't completely void of talent. "Great start," he nodded wisely. 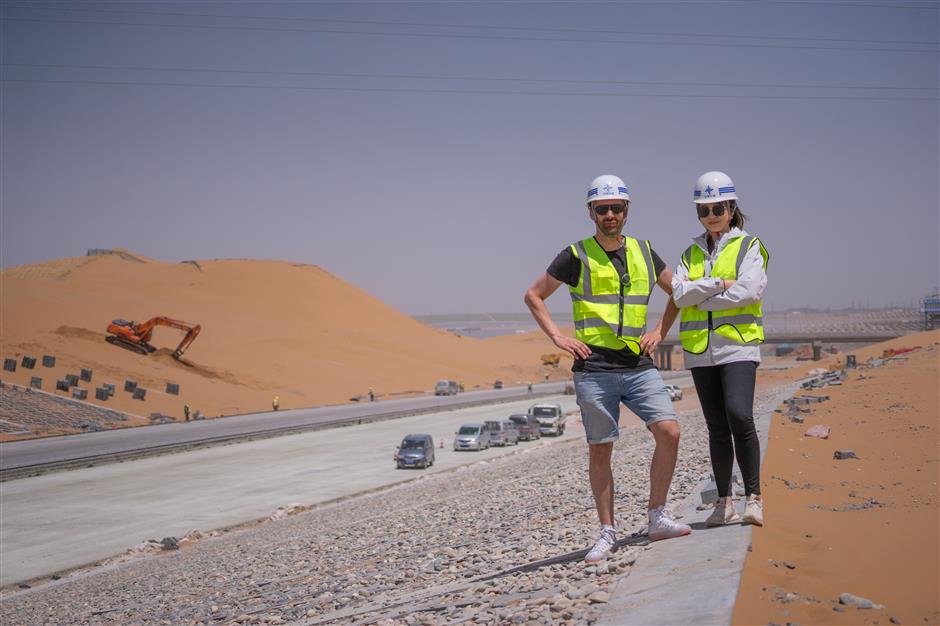 Andy and Liu worked for a day on the construction of a piece of highway running through the Tengger Desert.

With the world locked down, there's no better time to explore your own backyard. Why not take advantage of China's amazing transportation network and visit somewhere a bit off the beaten track?

﻿
Special Reports
﻿
62651
,
Explore the charm and romances of the West Lake
Celebrating the majesty of the Grand Canal
The hosts roll out the welcome mats. Where are the guests?
New corridor to promote tourism, environment
Greece ― a year-round holiday destination
Armchair excursions: touring the city without leaving home
A trip to yesteryear along Metro Line 16
Transportation gateway to Hangzhou's rich history
Metro Line 9, a gateway to Yuhang's many splendors
Walk back in time on Hangzhou Metro Line 7
EXPLORE SHINE