The lower reaches of the Yangtze River, known for its magnificent scenery and abundance of rice and fish, boasts quaint villages along its tributaries. Some, like Zhujiajiao, are major tourist spots, but others, equally beautiful, are less well-known. Among those hidden gems is Jinze ancient town in Qingpu District.

When I traveled to Jinze on a recent workday afternoon, the sun shone brightly on the Shihe River, which divides the town into two – the Shangtang Street side and Xiatang Street side. Picturesque houses with white façades and black tiles built around a century ago line narrow roads. It's hard to tell if the town had tried at some point to develop into a scenic spot but failed, or if it just wanted to maintain its original charm. In either case, its old-world atmosphere, gorgeous views and lack of crowds make it stand apart from other towns.

The main purpose of my visit was to see five ancient bridges, nearly a millennium old, which have been well preserved over time. 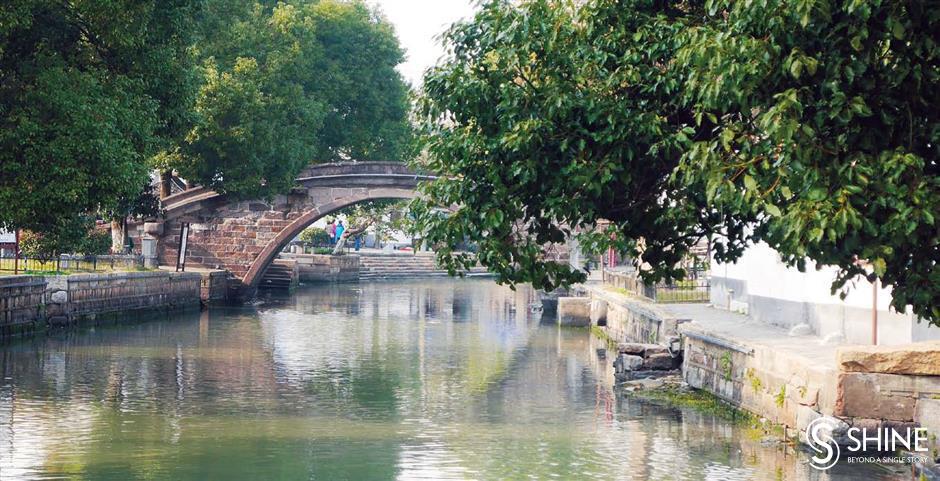 Wan'an Bridge was built during the Southern Song Dynasty. Jinze Town in the suburban Qingpu District is known for its ancient bridges.

The first bridge I saw was the Yingxiang, built in a style typical of the Yuan Dynasty (1271-1368) as it doesn't have any rails. Constructed of stone, it is a bit wider than others, yet appears thinner. Its bridge piers, however, look relatively modern as they have undergone renovations throughout the centuries.

The bridge was built soon after the Mongols unified the country. The Mongols decided to protect relics of the precedent Song Dynasty (960-1279) rather than destroyed them. Its name, Yingxiang, means "welcome auspiciousness." The bridge was built to pay tribute to what had been the grandest Buddhist temple in Jinze, the Yihao Temple, built by Zhao Gou, the first emperor of the Southern Song Dynasty (1127-1279). 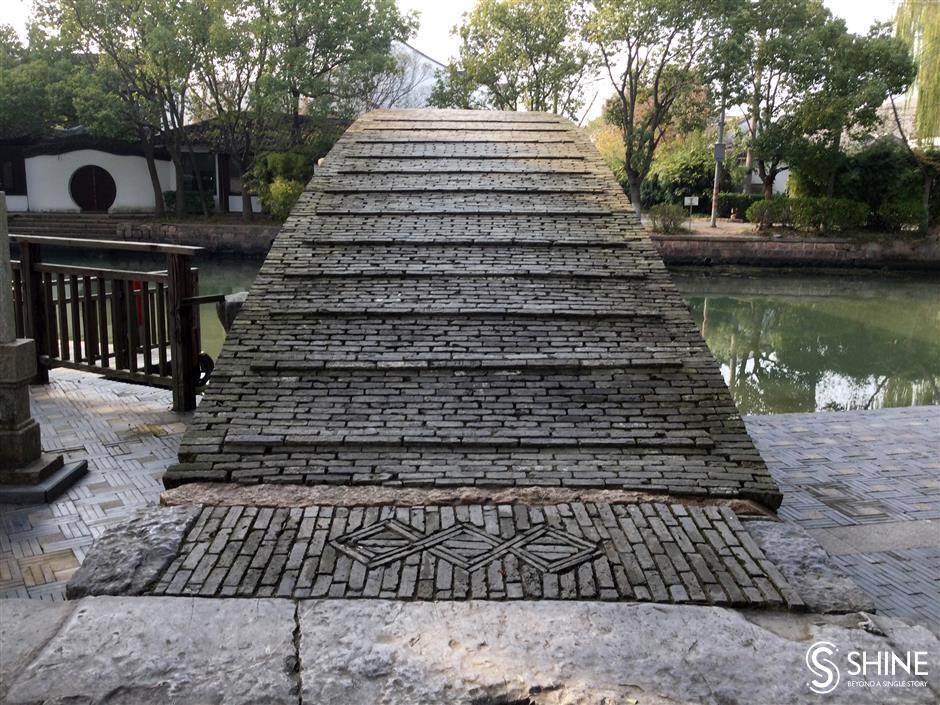 During its heyday, the temple had more than 5,000 halls and rooms that occupied more than half of the town, with paintings and calligraphic masterpieces displayed on its walls. However, several wars, including the War of Resistance Against Japanese Aggression, destroyed most of its glory. In the 1950s, it was used as a storehouse until a new temple was built in 1992 on its original location. Although the temple has kept its original name and still stands at the entrance to the town, its relics are mostly gone.

Fortunately, other bridges just as old did survive. The Wan'an and Puji bridges are two examples. Both built during the Southern Song Dynasty, they have similar styles, and are known locally as sister bridges. Residents agreed that the "younger sister bridge," the Puji, built of purpose stone, is particularly beautiful on rainy days.

"The bridge was so solid that it didn't need much restoration," said a resident named Huang. "Now you see that it is brownish, but when it rains heavily, it gives out a pale hue of purple glitter. When a rainbow appears, together with the purple glitter it's the best view you've ever seen."

It's a pity it didn't rain during my visit. After a long walk, it was time to grab a bite. 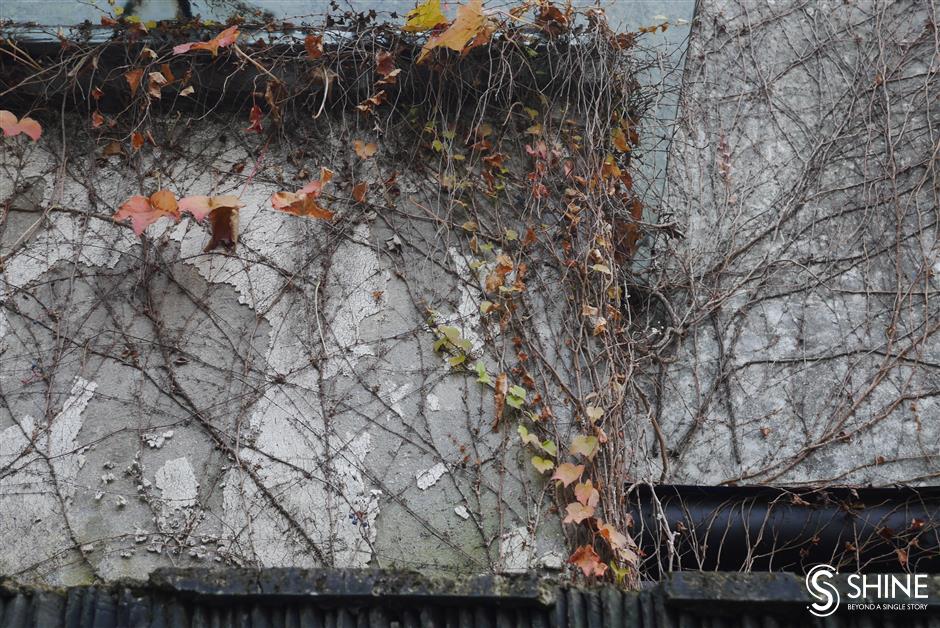 Houses in Jinze have never been entirely restored to make them look new.

To my delight, I didn't see any McDonald's, Starbucks or KFC. All the restaurants were family-run, offering freshly cooked fare, including river delicacies, freshly harvested rice and vegetables picked from their own backyards. I ordered steamed white fish (from nearby Dianshan Lake), scrambled eggs (from free-range chickens), stir-fried green vegetables with a bowl of rice. Then I understood why the region is known as "land of fish and rice."

Those who wish to take such delicacies home can buy them from street vendors near the restaurants. They are local farmers selling fresh vegetables from their own garden beds and homemade rice cakes stuffed with sweetened bean paste, among other tasty items.

After dinner, I visited two other bridges, built during the Ming (1368-1644) and Qing (1644-1911) dynasties. The final structure I visited was Puqing Bridge, the newest in town – constructed in the early 1990s. Built for the shooting of an American documentary, its style is similar to that of bridges depicted in the ancient Chinese painting "Along the River during the Qingming Festival." The Puqing is decent-looking enough, but with a mere 30-year history it doesn't match the overall vibe of what is otherwise a very charming watertown indeed.

Located about an hour from downtown Shanghai, Jinze is a place anyone looking for nice scenery, fresh food and a little history should put on their bucket list.