Behind the scenes: following in the footsteps of a new hit movie

The film locations of popular movies often become tourism destinations. The "Lord of the Rings" setting in New Zealand attracted hordes of fans. Harry Potter devotees flocked to castles in Scotland, and fans of Leonardo DiCaprio's "The Beach" overran its locale in Thailand to such an extent that the lagoon was closed for three years.

Shanghai's current movie hit "B for Busy" might not generate quite such levels of mania, but it does provide an inviting road map for wandering among some charming but lesser-known streets in the Hengshan-Fuxing area of Xuhui District.

The movie, filmed in Shanghai dialect with Chinese and English subtitles, grossed 471 million yuan (US$74 million) on New Year's Day alone. It follows the love lives of a group of middle-aged Shanghai people and has been likened to the 1994 British hit movie "Four Weddings and a Funeral."

"B for Busy" was shot mostly around Wuyuan, Yanqing and Yongkang roads.

Most of the film centers around the home of the main character Mr Bai, a divorced artist pining for love. In one scene, his address is clearly visible: 525 Wuyuan Road. 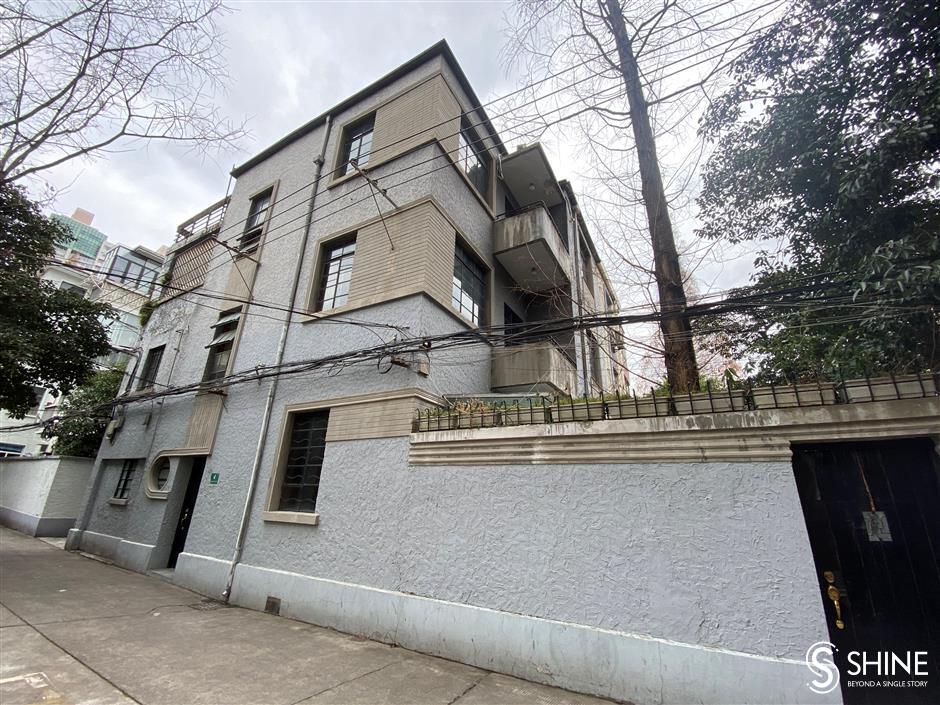 In the movie, Mr Bai's home resembles the real houses in a lane on Wuyuan Road. The houses were built in the Art Deco style in the mid-1930s.

Wuyuan Road, formerly known as Zhao Bishop Road, is one of a few downtown streets unserved by public transport. Lying between Wukang and Changshu roads, it is a narrow, quiet street, with offshoot old lanes on both sides.

In the movie, Bai lives in an old villa with a green wall. He holds art classes in his front yard and rents a garret to a young Italian who speaks fluent Shanghai dialect.

His home resembles the real houses in a lane along Wuyuan Road. The only difference is that the fencing walls are painted white instead of green.

Area records show that the houses were built in the mid-1930s in the Art Deco style popular at the time and were originally called Datong Villas.

In the movie, Bai inherited his home from his maternal grandfather, suggesting he was born into a quite wealthy family because the first generation of residents in Datong Villas were mostly successful businessmen.

The most famous of them was Bao Dasan (1884-1957), who lived at No. 11 in the 1940s. Bao joined the Tongmenghui, a secret society and underground resistance movement founded by Sun Yat-sen against the Qing Dynasty (1644-1911) government. After the establishment of the Republic of China in 1912, Bao turned from politics to business, making his fortune in egg products, fish and salt.

His home in Datong Villas was a gathering place for influential figures of his time.

Not far away sits the Liberty Apartments, another landmark in the movie. In the film, it is home to Bai's best friend Mr Wu.

Wu loves to boast about his experiences in Europe, saying he had so many girlfriends from different countries that his love life was like a "little United Nations." He even claims to have had a fling with sultry Italian actress Sophia Loren in the 1980s.

The movie doesn't tell us exactly what Wu does for a living, but he is very fastidious about life, and the Liberty Apartments suit his personality well.

Built in the 1930s, the Art Deco-style building was the investment of a Jewish businessmen, who then sold it to a German in the 1940s. The sleek, linear, often rectangular geometric forms of the style are featured both inside and outside the building, down to the staircase handrails. The iconic brown brick façade and angle windows are well preserved. 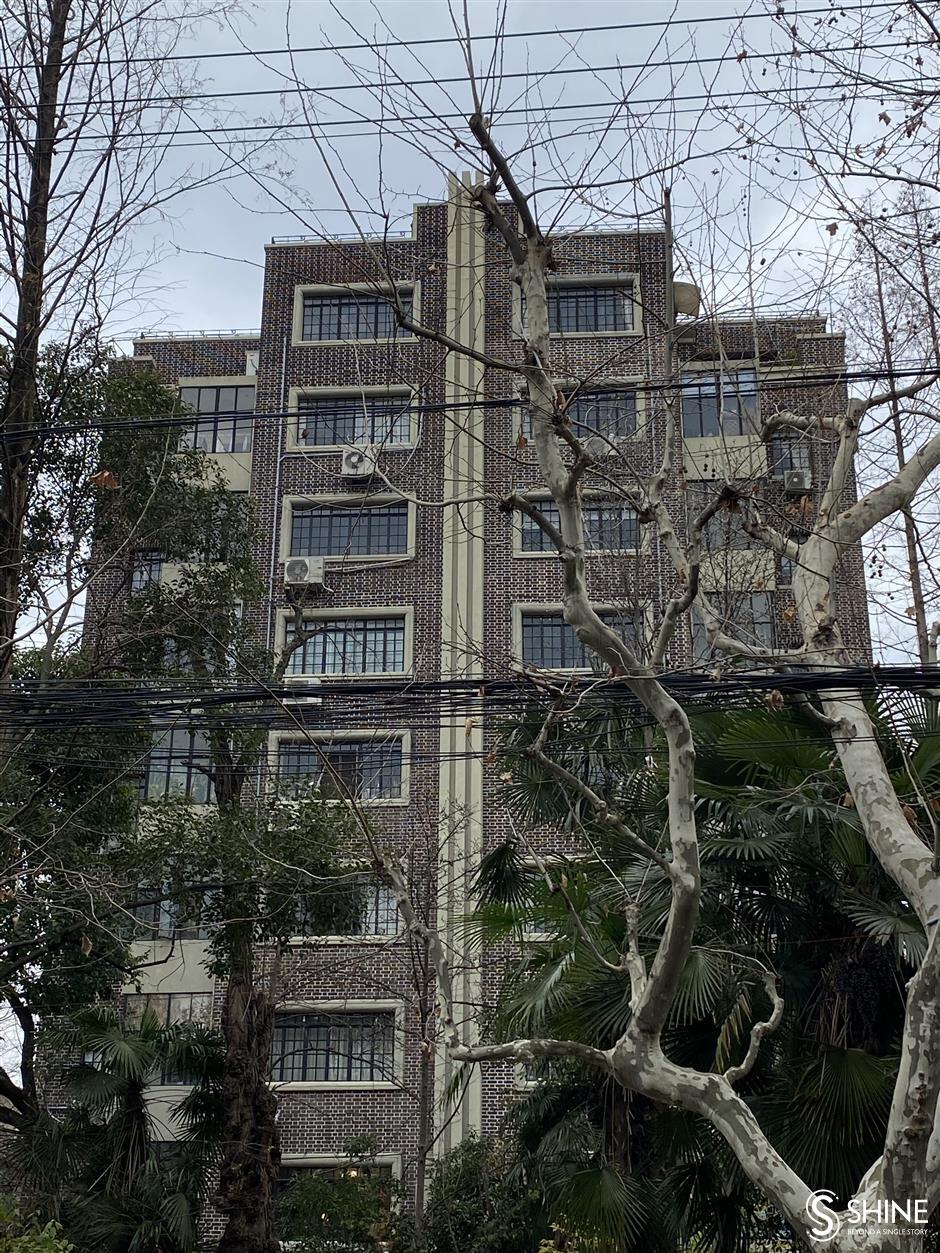 The Liberty Apartments is a landmark in the movie.

Li's home has a double archway at the entrance, which is as eye-catching in real life as in the movie. Although the house where she lives with her daughter looks somewhat shabby in the film, the building itself was converted into a household supplies store called Single Person. 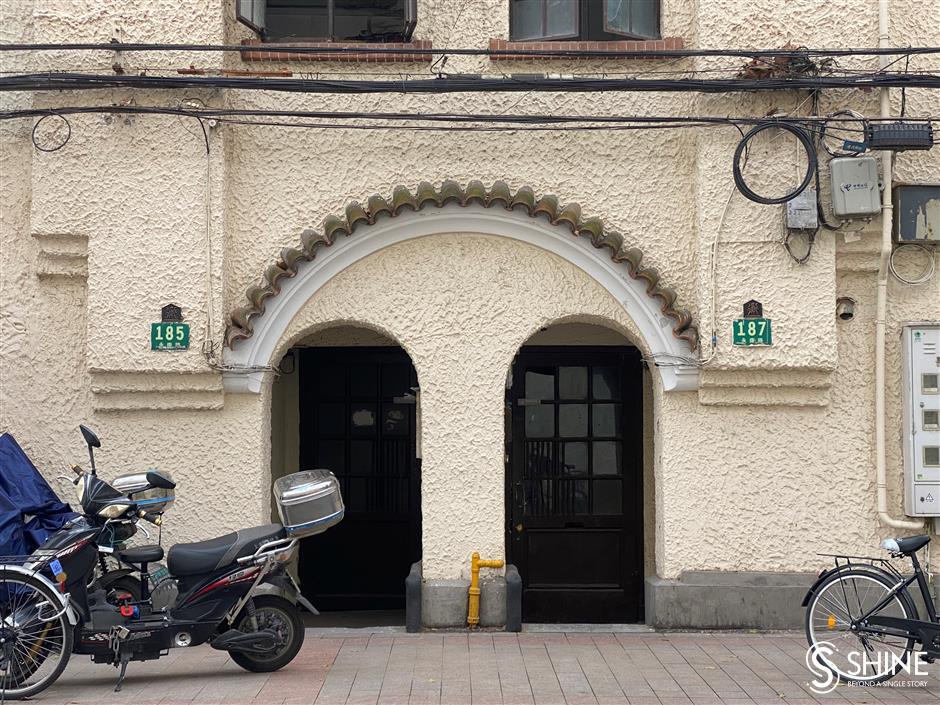 Ms Li's home in the movie features a double archway at the entrance.

The store recently moved to a new location, leaving the building vacant for the moment.

However, in its heyday it was popular online because of its cave-style interior décor. The store required prior appointments for a visit, and people scrambled for tickets. 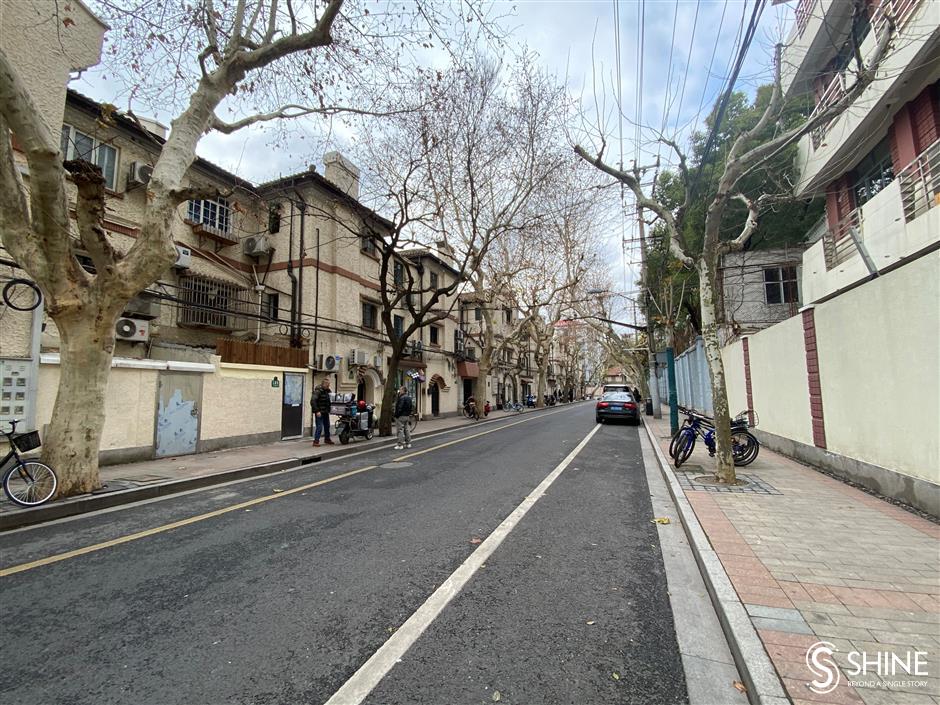 The characters in the movie lead very modern if quite mundane lives. They party, they go to bars, they sometimes have romantic flings. It's the down-to-earth look at life in Shanghai that has made the film so popular.

Yanqing Road was initially a stream before it was filled in 1919. Connecting Donghu and Changshu roads, the street was originally called Route de Grouchy in memory of a French soldier who died in World War I.

Like other places in the area, Yanqing Road is home to many old villas that once housed celebrities. The film features a grocery store named Hongfu as one location. Bai frequents the shop, where he teaches customers how to make the best braised meat in soy sauce.

The scene was actually shot in a fruit shop called Laoshandong, owned by a man from the eastern Chinese province of Shandong. It's a favorite shop for nearby residents.

"They redecorated the store for the movie," said a staffer at the store, who asked to remain anonymous. "I feel proud to see my workplace on the screen."

The movie locations also include flower shops, coffee shops, bars and restaurants that fill many local people with the nostalgia of "that's the Shanghai I know and love."

Maybe that's the moral of the story. You can travel far and wide, tasting bittersweet life, but in the end, you come back to your little house and spend time with your favorite people.