Argentine literature woos the heart yet sometimes taxes the mind

Argentina and China are in different hemispheres and sit on opposite sides of the globe, but the two nations still share a cultural affinity.

Straddling the divide is translator Lou Yu, a researcher at the Institute of Latin America, the Chinese Academy of Social Sciences, and an honorary member of the Argentine Society of Writers.

She discussed with Shanghai Daily the influence that Latin American literature – especially the works of such authors as Jorge Luis Borges and Ricardo Piglia – has exerted on China. 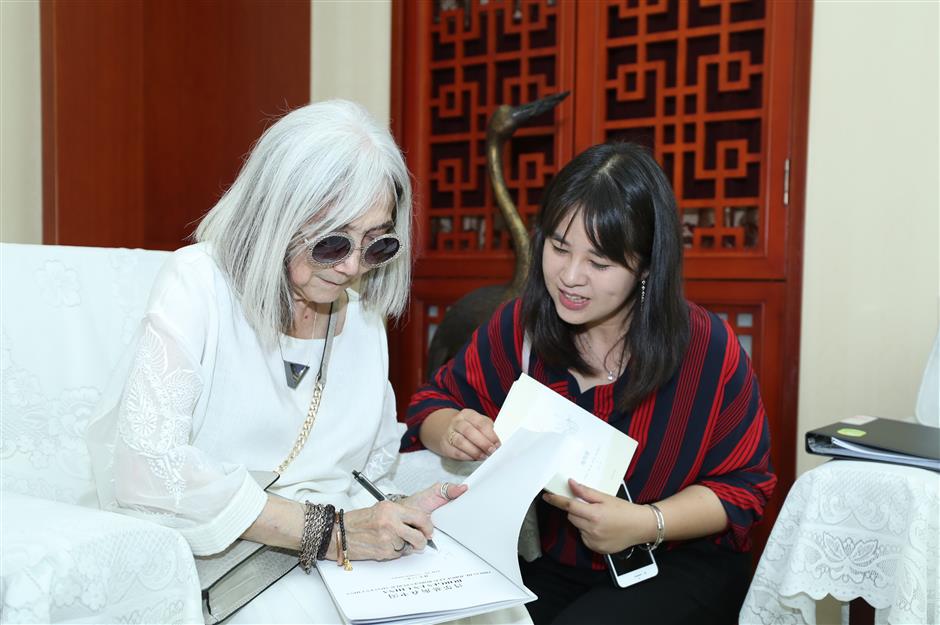 Q: You noted that Chinese translations of Latin American literature are considerable, with those from Argentina featuring prominently and spanning many decades. Could you elaborate on that?

A: To my knowledge, China has published 1,200 literary works from Latin America since 1949, with 65 percent of them published since 2000.

Obviously, the development of China-Latin America relations in the past decade has given new impetus to translations of Latin American works. Nearly 500 such works have been published since 2013.

Q: What role has Argentina played?

For instance, "The Complete Works of Borges," published by Shanghai Translation Publishing House, has been ongoing for several years and now includes over 40 volumes. It's a comprehensive anthology, including works both authored and co-authored by Borges.

Authors like Cortázar, Puig and Sabato were introduced to China from the 1980s and 1990s. In recent years, there has been growing attention to their lesser-known titles.

On one hand, some previously little-known yet important contemporary Argentine authors like Roberto Arlt, Ricardo Piglia, César Aira and Alejandra Pizarnik have been noticed here in recent years. On the other hand, translated works by some of the most active Argentine writers are rapidly becoming available in China, including Guillermo Martínez, Eduardo Sacheri, Samanta Schweblin and Mariana Enriquez. 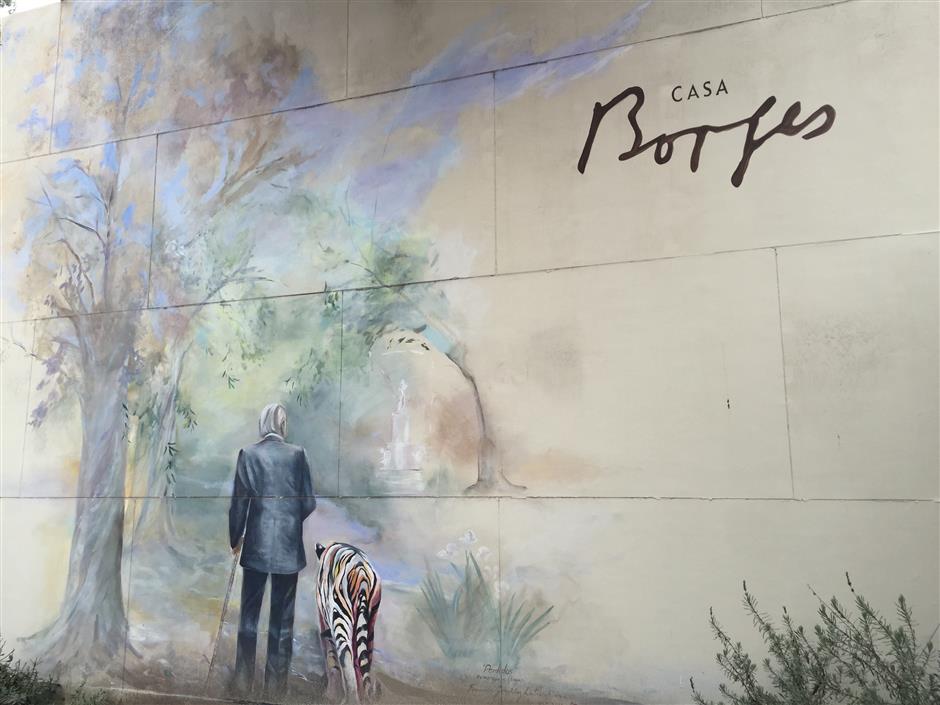 A view of the Jorge Luis Borges Museum in Adrogue

Q: What's the general perception of Chinese culture in Latin America, and in Argentina in particular?

A: During my many trips to Argentina, the two questions I often asked my Argentine friends were: "Have you read any Chinese literary works?" "What's your general impression?" The answers they gave suggest that most of their understandings of Chinese culture are still restricted to traditional Chinese culture, often of a meditative or literary nature, such as the "Book of Changes," "Tao Te Ching," Confucian teachings, poetry of the Tang Dynasty (AD 618-917), or ci – lyrical poetry – from the Song Dynasty (960-1279).

Some of them see Chinese literature through the lens of Borges' works, which make multiple references to Chinese culture. Borges himself has read "A Dream of Red Mansions," and his most famous story, "The Garden of Forking Paths," is replete with Chinese elements.

Growing relations between China and Latin America have led to a veritable China craze, with a number of young sinologists taking the initiative to translate Chinese works. The most noteworthy of them is Miguel Ángel Petrecca, who has not only translated works by Lu Xun and Xiao Hong, but also plays an active role in rendering works by contemporary Chinese writers. 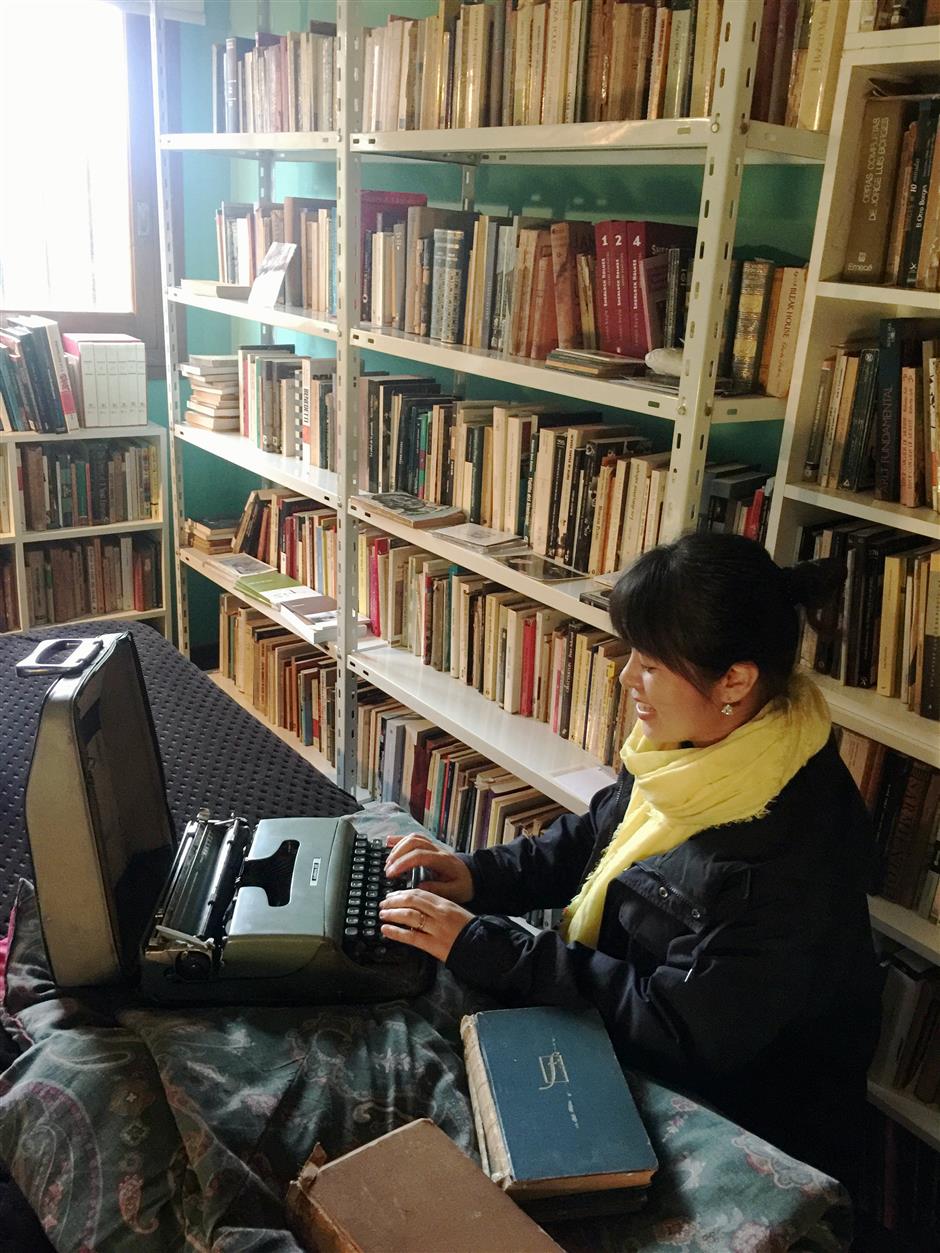 Q: Borges is a metaphysician who speculates on, among other things, the nature of time and reality. He exacts a high demand on a reader's erudition and interpretative power. Why does he enjoy such popular appeal?

A: Among a host of foreign writers who significantly influenced Chinese writers in the 1980s and 1990s, perhaps those with the most impact included Gabriel García Márquez, Jorge Luis Borges and Mario Vargas Llosa.

Indeed, Borges belongs to those who are hard to tackle. Although his writings are not long, they are so concise yet epistemically condensed that each of word and sentence reads like brick with which to assemble and reassemble, by chance or design, a labyrinth. More aggravating, Borges likes to quote Latin, German, Italian and French sources in the original language without providing translations.

As a result, when Borges was first introduced to China in the late 1970s and early 1980s, he didn't make a big splash. Readers at that time found works by Márquez and Llosa more accessible, likely owing to their strong sense of realism and more clear-cut storylines.

When Borges caught on in the 1990s, his work exerted a far-reaching influence on China's avant-garde literature. The perception of his works changed from being notoriously hard to tackle to rewarding to read and reread. Some readers claim that rereading his works is like making new discoveries when visiting a familiar city. 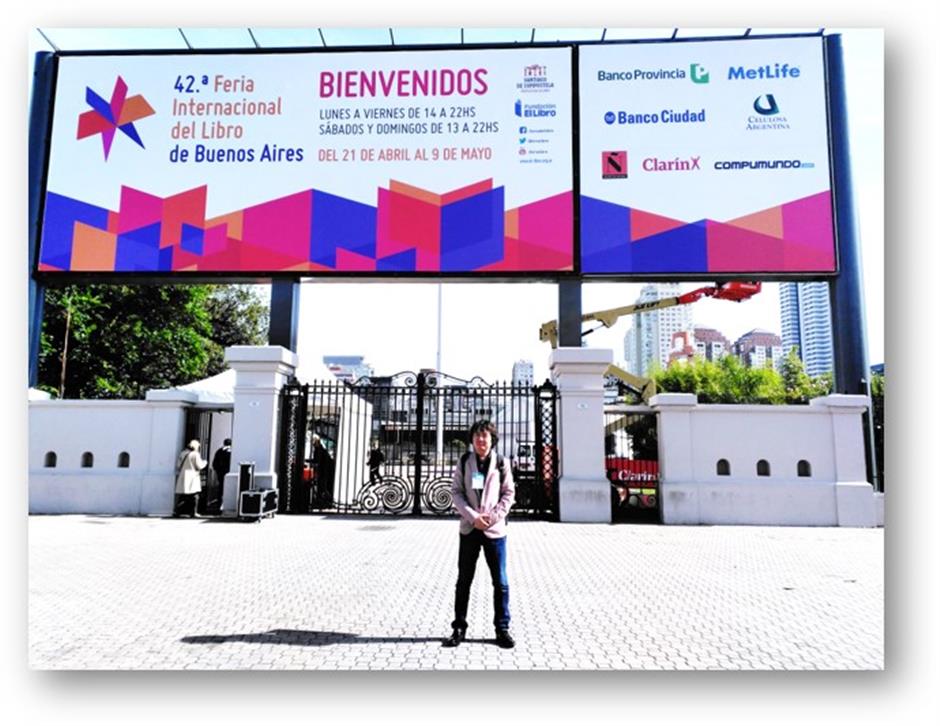 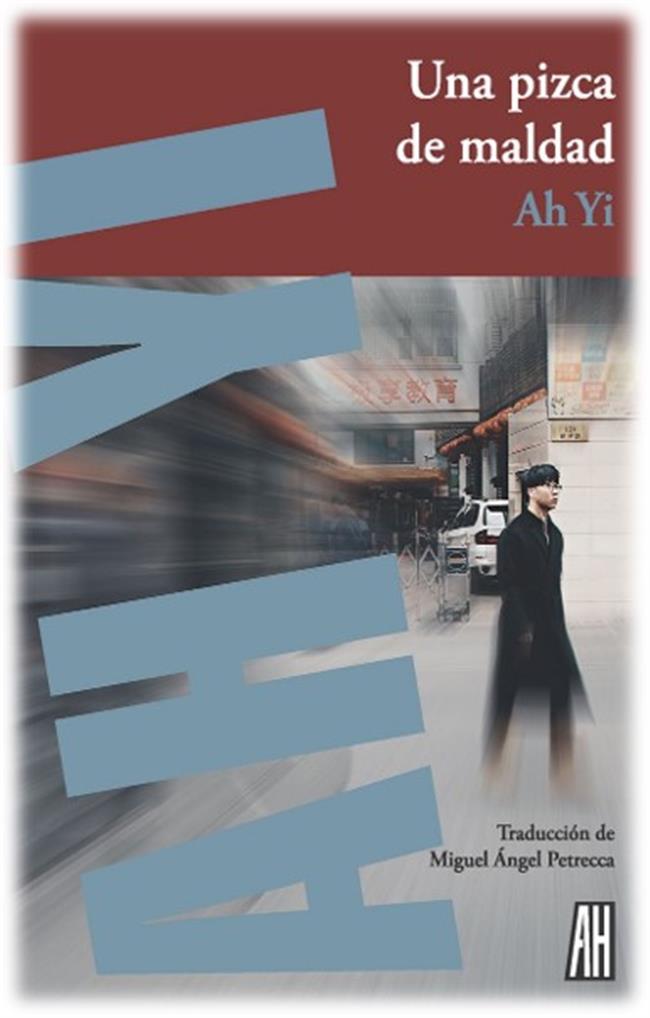 The Spanish version of Ah Yi's "What Should I Do Next." It was translated by Miguel Ángel Petrecca.

Q: In traditional Chinese literature, there are moral messages. How do you assess Borges' works in that aspect?

A: Borges and Piglia shared similarities, one of them being that they were both avid readers who tried to shape readers through their literary creations. In other words, both intended to inspire, educate and bring up readers in term of a new reading approach.

As Borges once observed, Edgar Allan Poe not only invented the detective story, but was also instrumental in bringing readers to the genre. Borges all along intended to bring an active readership capable of unraveling the secrets between the lines, or solving the riddles cleverly laid within.

The same could be said of Piglia, who claimed that "writing could create readers." In works by Borges and Piglia there are a host of reader characters, and through these characters, the authors tried to teach readers how to go beyond the surface story to get at the truth. 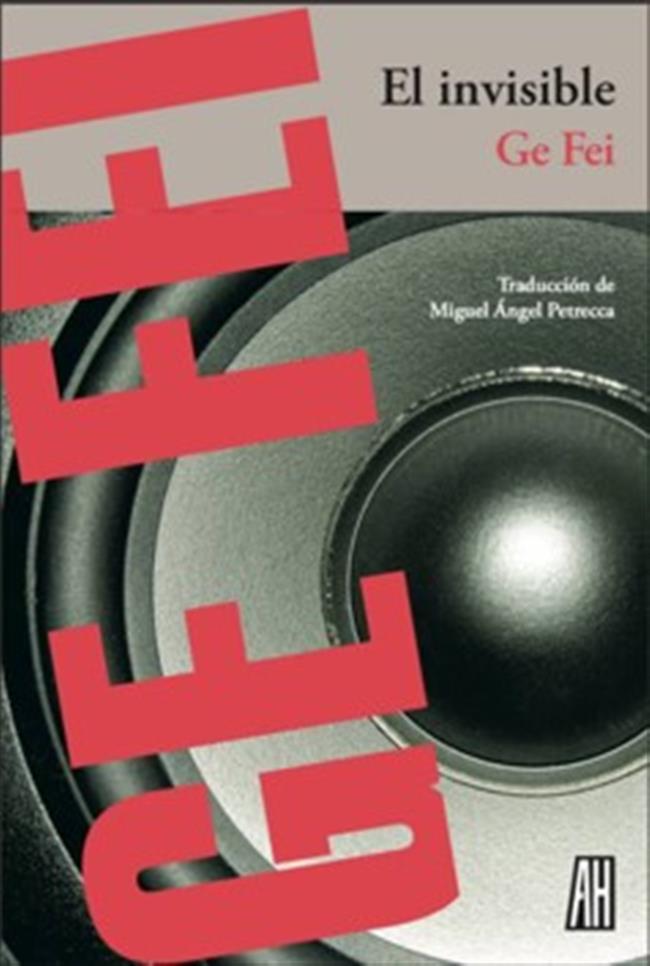 The Spanish translation of Ge Fei's "Invisible." It was done by Miguel Ángel Petrecca. The Chinese edition of "Artificial Respiration" by Ricardo Piglia. It was translated by Lou Yu.

Q: Could you tell us something about the bittersweet experience of translating Piglia's works?

A: I previously translated his "Artificial Respiration," and am now working on his "Target in the Night." As a translator, there have been occasions of painstaking, time-consuming deliberations over difficult diction or sentences. But for me, translation is more a source of pleasure, as I would regard this as a sort of conversation with the reader.

After I set up e-mail communication with Piglia in 2015, I paid him a visit in Argentina in the summer of 2016. Although he was afflicted with ALS (a progressive nervous system disease), I could nevertheless communicate with him through eye tracker. Thus, our communication has always been confined to the textual domain, meaning that I never heard him speak nor sensed his strength in an embrace, for he was motionless and inarticulate.

Here I am often brought to mind of a passage from "Artificial Respiration:"

"Writing a letter is to leave a message for the future; Here and now, having a dialogue with someone not here, someone who is the recipient of the letter … the letter is a utopian manner of dialogue, for by effacing 'now,' it makes future the only venue for dialogue."

Therefore, I believe his books to be no different from letters he wrote in the past, with readers today as recipients of the letters. Whether in reading or translation, we are similarly having a conversation with the writer. 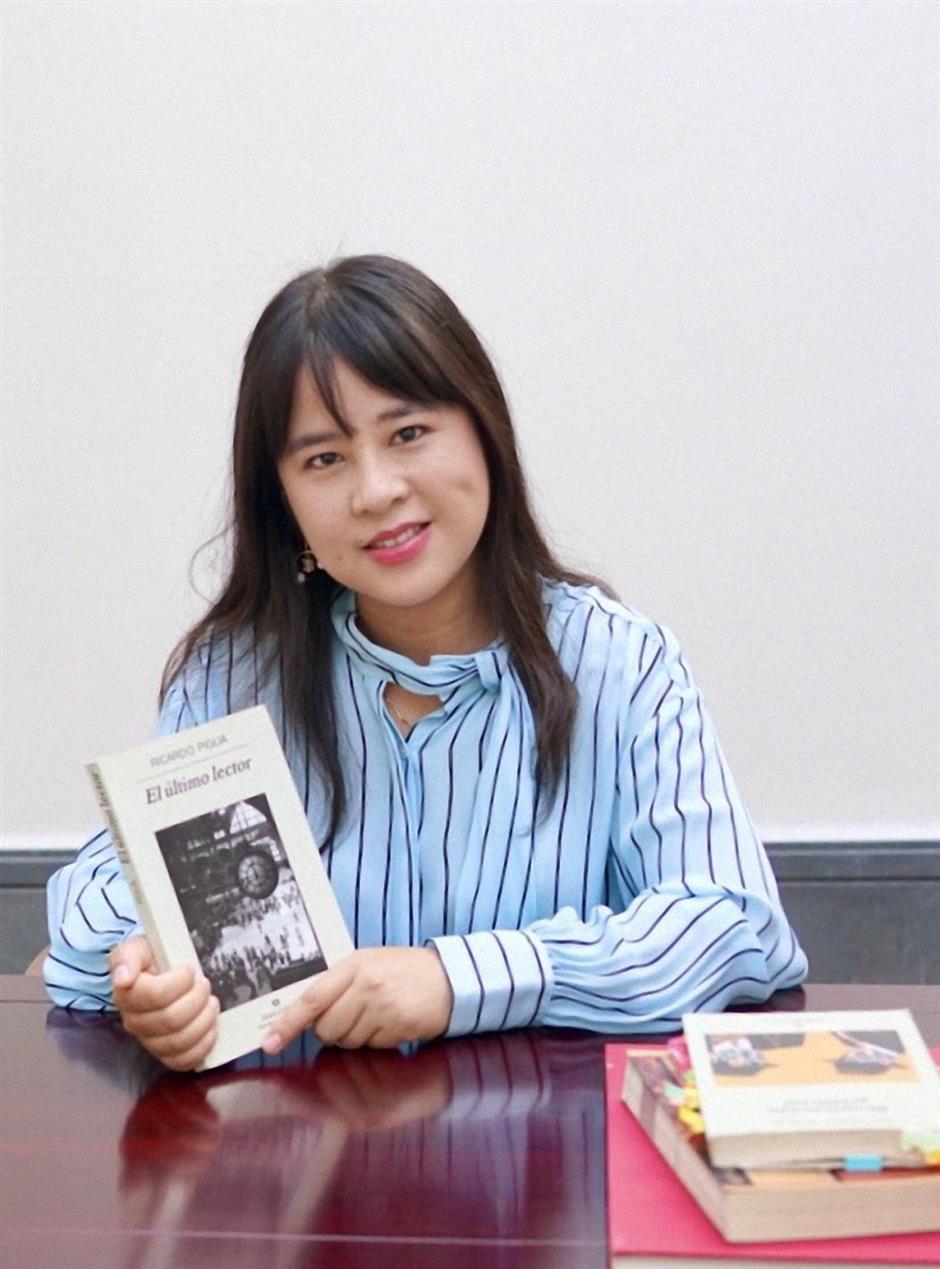 Lou Yu poses with some of the books by Ricardo Piglia.