On an official visit to Britain from July 9 to 11, Shanghai Mayor Ying Yong met his London counterpart, Sadiq Khan. He said the two sister cities have cooperated well in all fields since establishing close ties in 2009.

“The sustained, good relationship between our two countries laid a sound foundation for Shanghai and London to deepen cooperation,” Ying said, adding that the Shanghai Pilot Free Trade Zone is the springboard for Chinese investors to go abroad in the Belt and Road Initiative. Shanghai and London can help companies to grow business.

As two mega cities in the world, Shanghai and London should share experiences and learn from each other to tackle common problems in urban development, housing, public transport, employment and environmental protection.

Khan said developing ties with China has been one of the priorities since he took the mayor’s office. Shanghai has created a large number of jobs and significantly improved people’s life in a balanced economic and social development.

He said he hoped the two cities can increase cooperation in economy, trade and culture and other areas for win-win outcomes.

Ying and his delegation also met the acting mayor of the City of London, the core district of London and a financial center. Both sides agreed to enhance financial cooperation.

Ying also had a meeting with representatives of Chinese financial institutions based in Britain.

Chinese Ambassador to Britain Liu Xiaoming and British Consul General in Shanghai John Edwards joined some of the activities. 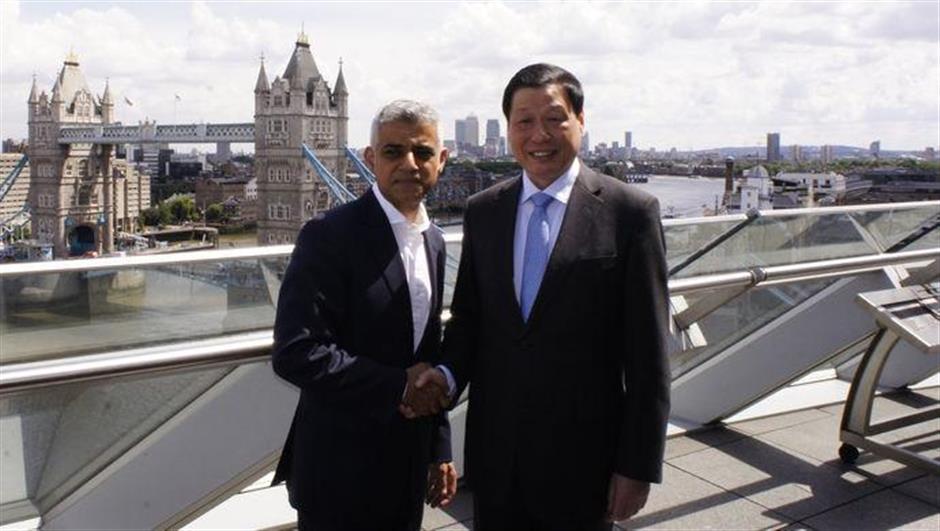