Ying said the China-US relationship is the world’s most important bilateral relationship. Their economic and trade ties are the cornerstone of this relationship.

He said Shanghai is China’s economic center and frontline of reform and opening. The city is taking advantage of the China (Shanghai) Pilot Free Trade Zone to increase trade and investment and promote economic globalization to a higher level.

Ying said Qualcomm is a world leader in wireless network technology and he encourages Qualcomm to increase investment in Shanghai, participate in “smart city” construction, and help Shanghai become a global innovation center.

Mollenkopf said a sound economic cooperation will benefit the US-China ties. Qualcomm gives top priority to the Chinese market, including that of Shanghai, and will continue to work with Chinese partners to build a good ecosystem for the industry.

He said Qualcomm is keen to serve Shanghai’s needs, particularly in areas of “smart city” construction, car networking, and auto-piloting.

Qualcomm is headquartered in California and ranks 422nd among Fortune 500 companies. 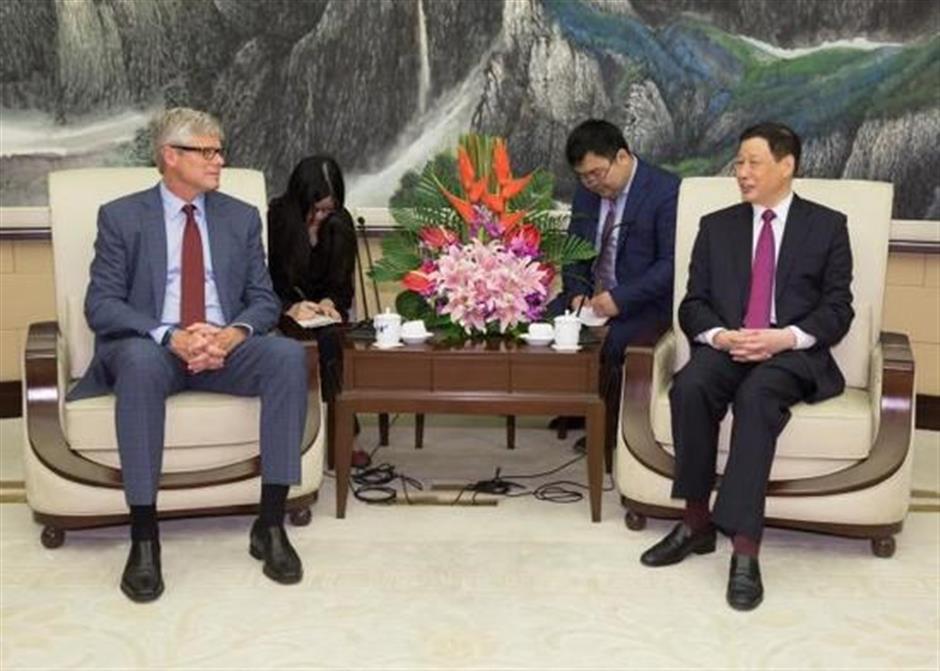