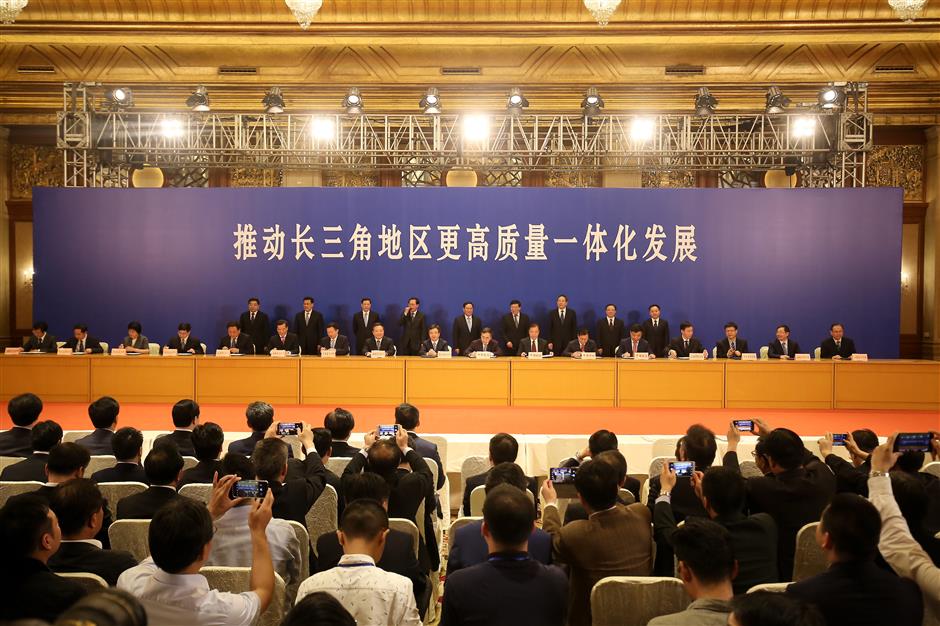 A three-year action plan has been approved by officials of Shanghai and Jiangsu, Zhejiang and Anhui provinces who gathered on Friday in Shanghai to map out the blueprint for the integrated development of the Yangtze River Delta region.

The plan aims to build the region into a world-class city cluster by 2020.

Eleven contracts were signed during the meeting to meet the goals proposed by the plan.

A new intercity railway network is being planned to improve the connectivity of infrastructure in the region, according to the plan.

It will also be a pilot region for the trial of 5G network.

A regional connected credit system will be implemented. Under the system, a credit defaulter who is blacklisted in one place will also be blacklisted by the other places of the region.

Meanwhile, 17 dead-end roads at provincial boundaries will be completed and open to traffic to improve transport capacity within the region.

A “corridor of science and technology innovation” will be built along the G60 Expressway.

Some other programs to improve people’s livelihood will also be promoted, such as an integrated medical insurance system that allows patients to pay their medical bills whenever they seek treatment and an integrated database for people to check their own information even when they are not at hometowns.

A joint effort will be made to combat pollution, improve water and air quality and build up a monitoring network.

They will also cooperate in water pollution control in key areas to ensure drinking water security in the region.

Anhui will host next year’s meeting.