A short period of history creates an enduring legacy

Among the historical houses on Sinan Road that once housed the rich, powerful and famous, the most-visited is the former residence of Zhou Enlai, China’s first premier.

Zhou’s time there was brief. He took up residence when the home housed the Shanghai Office of the Delegation of the Communist Party of China in 1946 and 1947.

The Party was ousted from the building in March 1947 by Kuomingtang forces hostile to the Communists.

“It was here that Zhou Enlai and other Party officials met with people from all walks of life and held press conferences,” said Huang Chengang, director of the management office of the historic site

“Though the office was used for only a short time, the activities here promoted the Party’s consistent message of peace and democracy,” he said. “It also exposed the Kuomingtang’s ploy of feigning peace negotiations while planning a civil war.”

The house was listed as a protected heritage site in 1959 and turned into a memorial in 1979. Original furnishings were lost or destroyed. The memorial today houses replicas crafted from old photos.

Zhou’s residence at 73 Sinan Rd was one of 51 houses built in the 1920s by a Belgian firm in what was then the French Concession. For unknown reasons, it is the only four-story structure, while the others have only three floors.

The building today reminds younger generations of the perils and bravery of the early Communist Party of China.

When China achieved victory in the war against Japanese aggression in 1945, the Communist Party and the KMT held talks ostensibly to build a new coalition government. The negotiations took place in Chongqing and later in Nanjing, but the Communist delegation decided to set up an office in Shanghai because the city was so politically, militarily and economically important.

“The KMT led by Chiang Kai-shek actually had no desire for peace with the Communists and kept imposing impossible demands in the talks,” said Huang. “They were just creating an illusion of peace for the public and the international world, while still cracking down on the Communist Party. So Zhou decided to come to Shanghai to reveal the true situation.”

He and compatriots rented the house in June 1946. The KMT government forbade any plaque showing it was the office of the delegation, so Party members simply called it “General Zhou Enlai’s Residence.”

Huang said there was never any intention to use the house as a place of extravagant lifestyle. Rather, it provided a milieu for contact with foreign missions and democratic parties.

The furnishings inside were simple. Beds. Tables. Chairs. On the ground floor are the garage, the kitchen and a reception room.

A Buick car of the same model used by the office is on display in the garage and still regularly maintained by Shanghai GM Car Maintenance Center. The original vehicle is part of the Meiyuan Xincun Memorial of the Delegation of Chinese Communist Party in Nanjing.

The first floor of the house held a dining room and a sitting room where Zhou met visitors. It also included his bedroom and office.

The bedroom is spartan, with only a bed, desk, chair and a clothes hanger. Beside the bed is a leather suitcase used by Zhou for about 20 years. On the hanger are a brown hat and suit worn by him.

Several copies of newspapers are on his desk, alongside Chairman Mao Zedong’s “On Coalition Government,” a report delivered to the Party’s Seventh National Congress in 1945.

Zhou’s wife Deng Yingchao recalled later that her husband usually got up around 7am and worked until 4am the next day when he was in Shanghai.

Outside the bedroom is a balcony with several cane chairs, which also served as a place to greet guests.

A sitting room adjacent to the bedroom is furnished simply with sofas, tables and desks. When Zhou held press conferences, the room was always crowed with Chinese and foreign journalists.

“There were not enough seats in the sitting room, and some reporters had to sit in the dining room, with Zhou standing in the middle of the two rooms so that all journalists could hear his voice,” said Huang.

The second floor was mainly used as offices and bedrooms for staff, who published journals, including the “New China” weekly.

The third-floor once housed Dong Biwu, who later served as vice president and acting president of the People's Republic of China.

Dong was in charge of the Shanghai office after Zhou returned to Yan’an in November 1946. He and his family lived in a 10-square-meter space until the KMT raided the building on March 2, 1947.

All the work done in the house was under the watchful eyes of KMT agents, who would pretend to be street vendors or rickshaw pullers. A shoe repair stall across the street from the house suspiciously never did any business.

Telephone calls to and from the office were wiretapped, and agents followed Zhou’s car whenever he went out. A secret lookout post was set up by KMT intelligence in a building across the street.

Sometimes, agents or hired thugs would try to gain entry to the house. The staff inside would remove a flowerpot from a north-facing balcony as a signal for comrades to steer clear until danger passed.

Though it was dangerous for Zhou to make public appearance at that time, he took the risk of attending a commemorative event marking the 10th anniversary of the death of the famous writer Lu Xun. He delivered a short speech at the event, noting that the national peace sought by Lu was not achieved yet.

When the KMT staged a national congress in November 1946 without the attendance of the Communist Party, the peace talks were broken off. Zhou returned to Yan’an, and the office briefly served as a Party liaison office before the KMT raided the premises.

After it was designated a memorial in 1979, the house underwent repairs and reopened to the public in 1986. An adjacent house was converted into a site management office and exhibition hall, with photos, documents and other exhibits of the era. They include samples of the records of wiretapped phone calls and the daily surveillance report submitted by KMT agents.

The memorial is now the only site where Premier Zhou once lived that has been completely preserved and opened to the public. It receives about 200,000 visitors a year, many of them foreigners.

Briton Stuart Roberts said he visited the house after finding a description of it in a tourist guidebook.

“I found it very interesting,” he said. “My father knows Chinese history better than I do, so I took him to the house on his first visit to Shanghai.”

Local residents are frequent visitors. Zhang Xiaoya, 73, said she became interested in Zhou after hearing on the radio a primary school student’s composition describing how the premier kindly patted him on the head when they met.

“Whatever challenges I face, I think about what Premier Zhou would do,” she said. “I had surgery to remove a tumor last year, and I put his photo under my pillow to overcome the pain and fear.”

Open: 9am to 5pm, Tuesday through Sunday

Nearby residences of renowned Chinese: 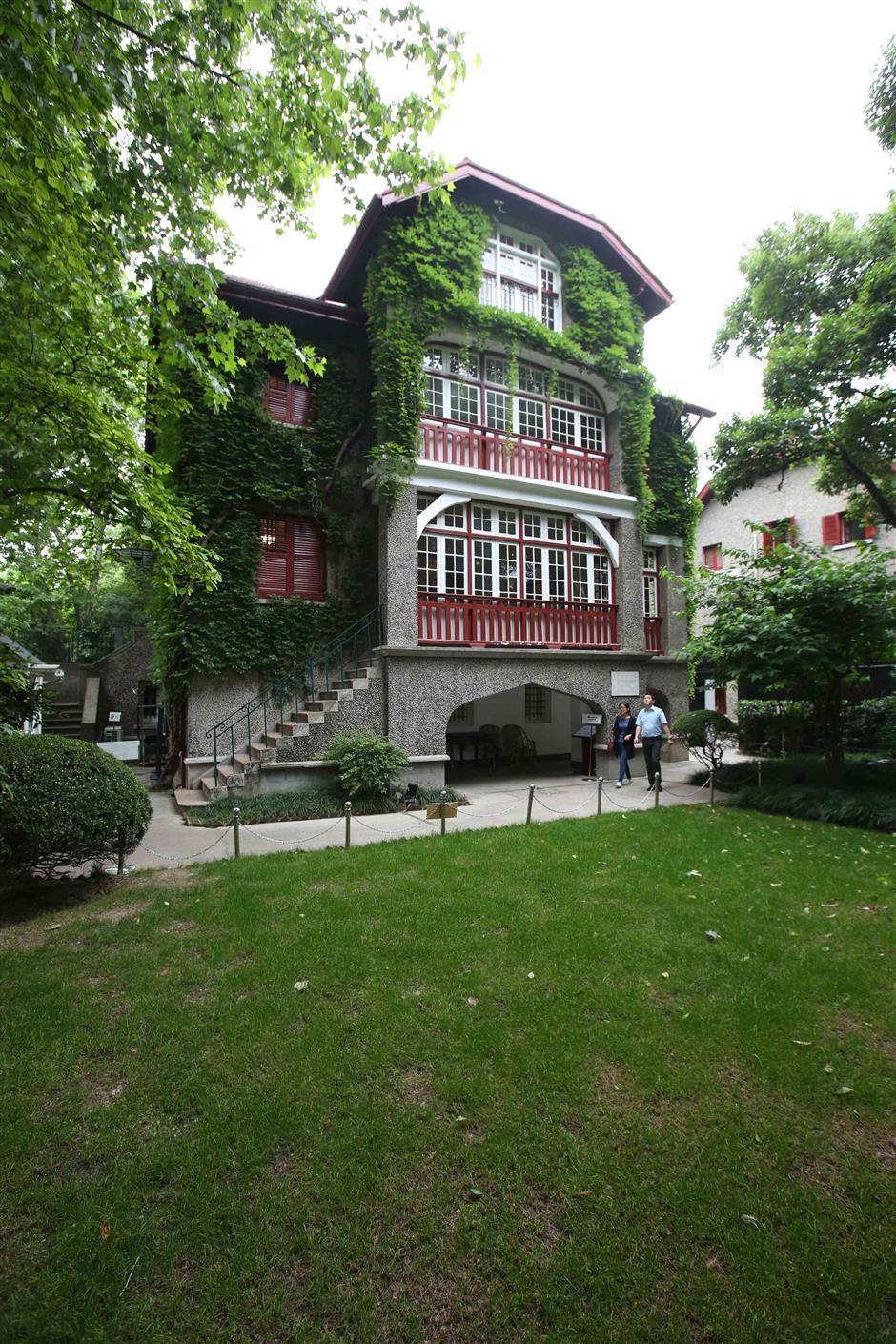 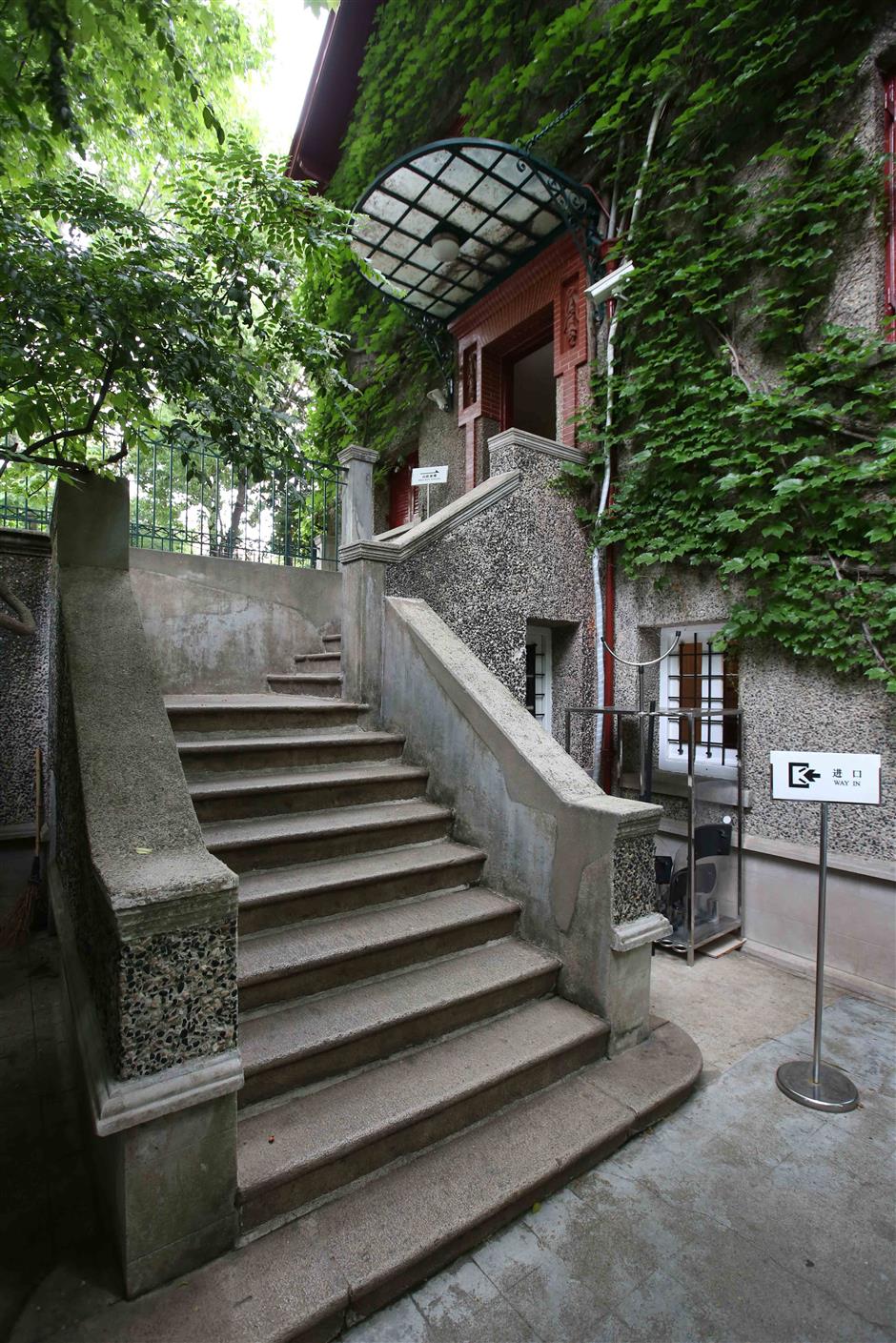 The entrance of the former residence of Zhou Enlai. 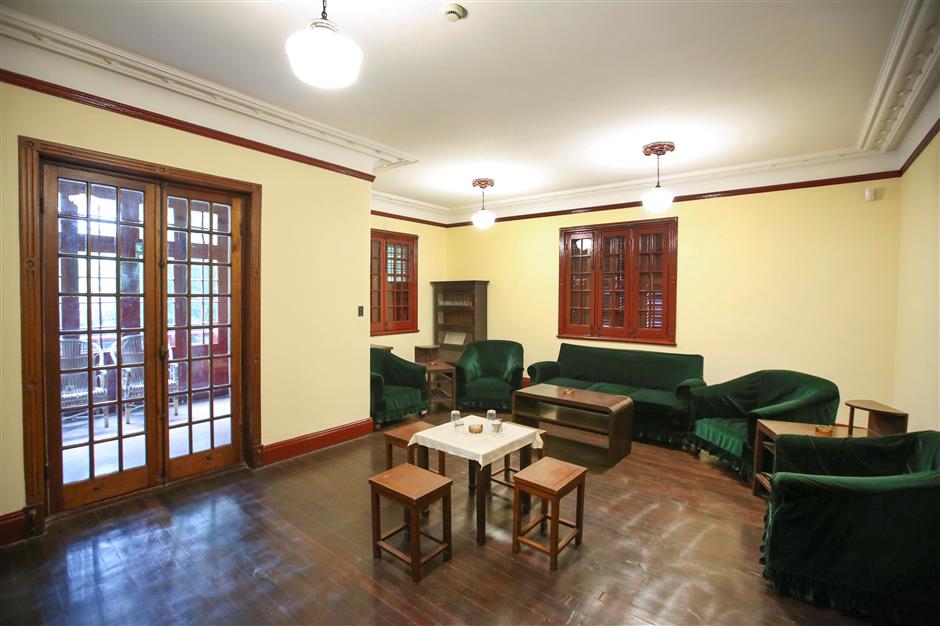 The living room of the former residence of Zhou Enlai. 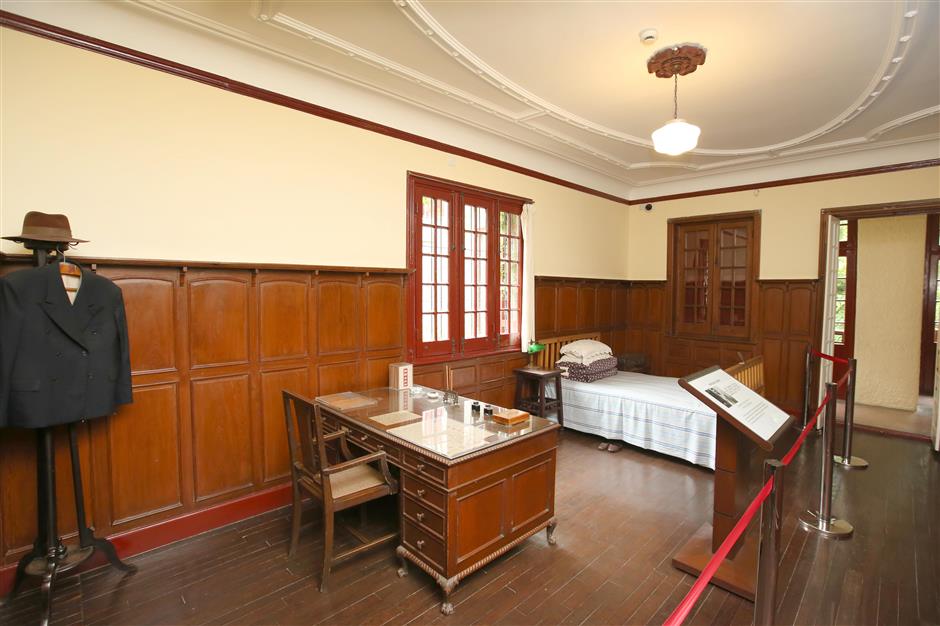 The bedroom and office of Zhou Enlai. 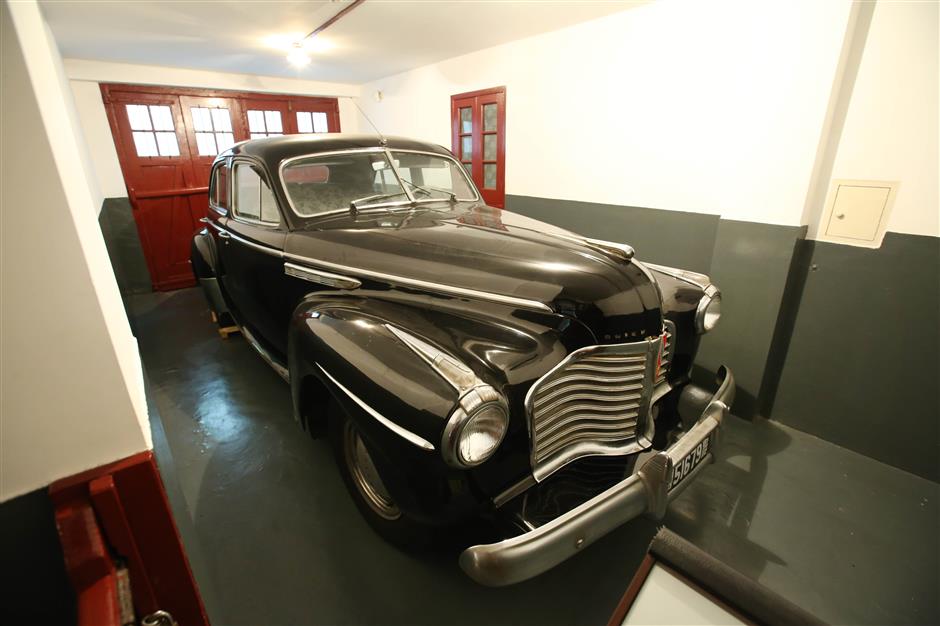 A Buick car of the same model used by the Shanghai Office of the Delegation of the Communist Party of China in 1946 and 1947 is on display in the garage. 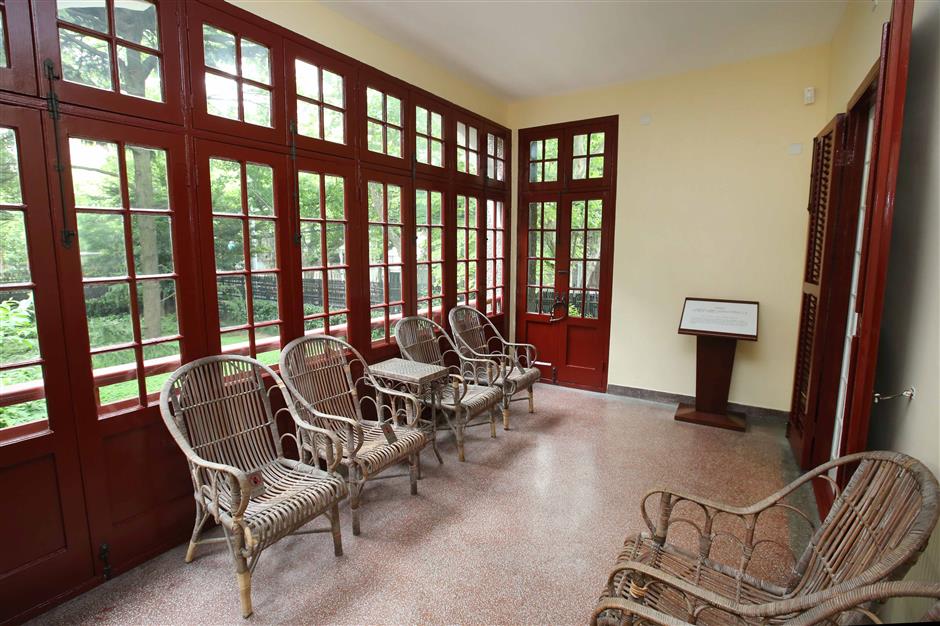 The balcony outside of Zhou Enlai's bedroom. 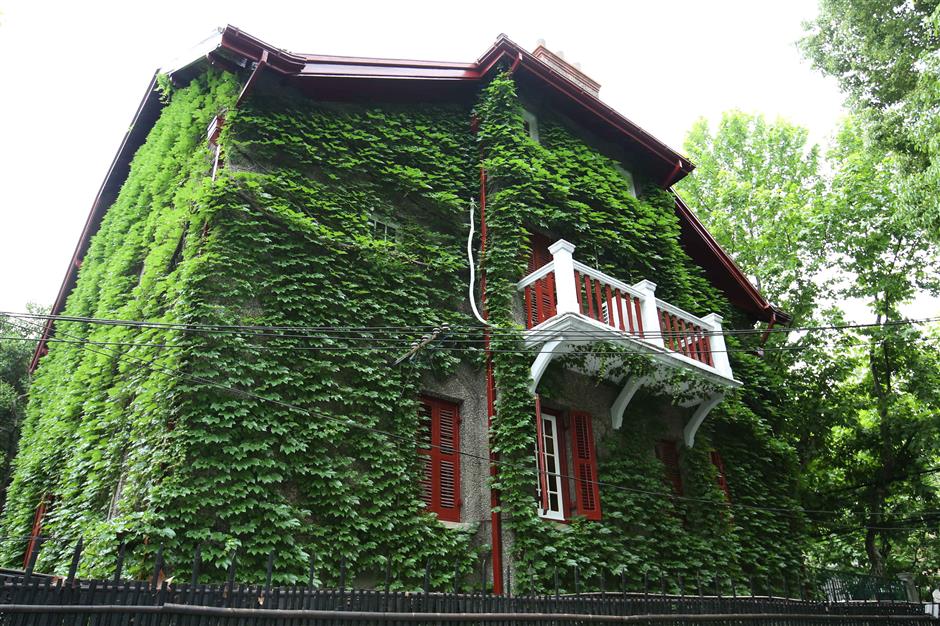 The balcony where staff inside would remove a flowerpot as a signal for comrades to steer clear until danger passed. 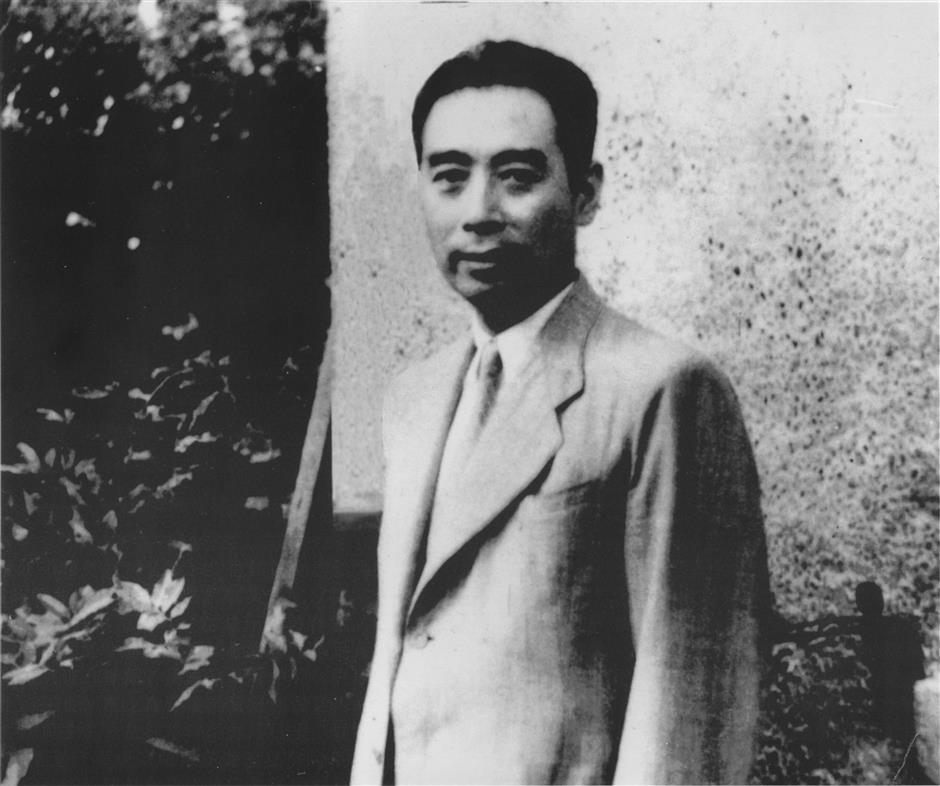 Zhou Enlai poses for a photo at the west-facing balcony of the residence in 1946. 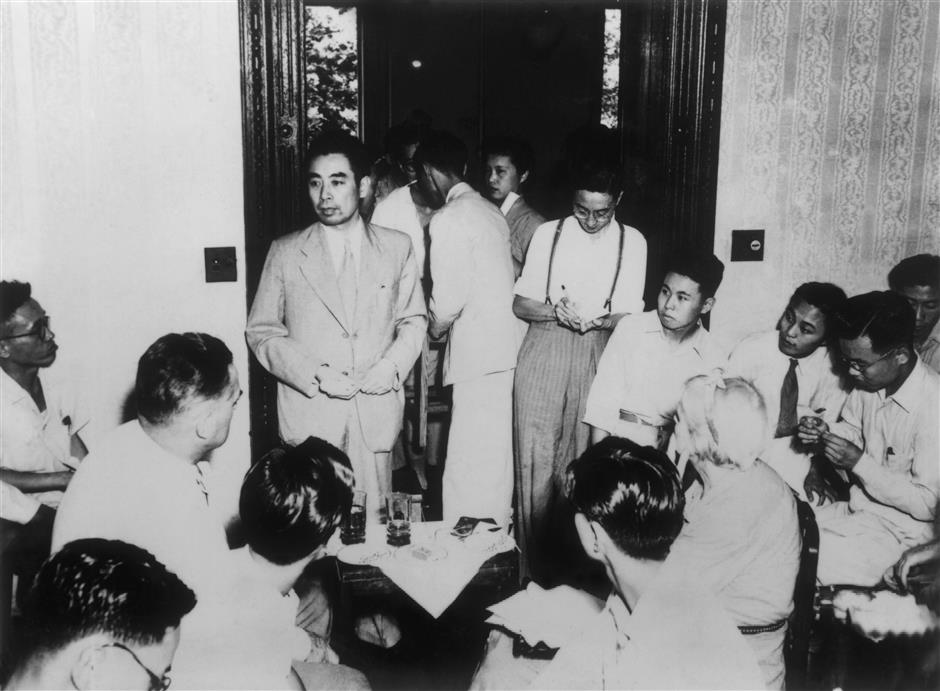 Zhou Enlai stands between the living room and dining room during a news conference held at the residence on July 18, 1946. 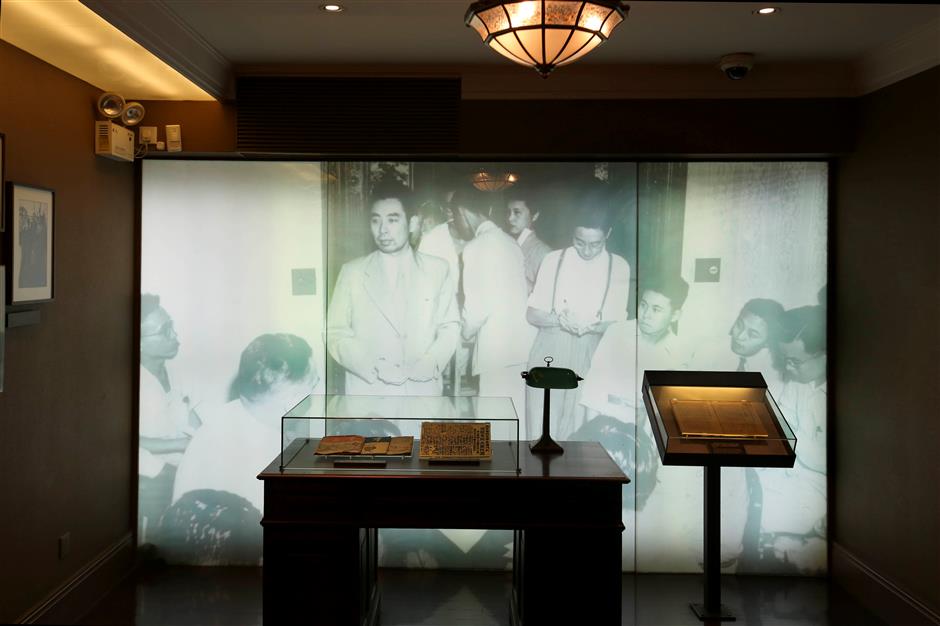