Former Shanghai Library in Yangpu to open in October 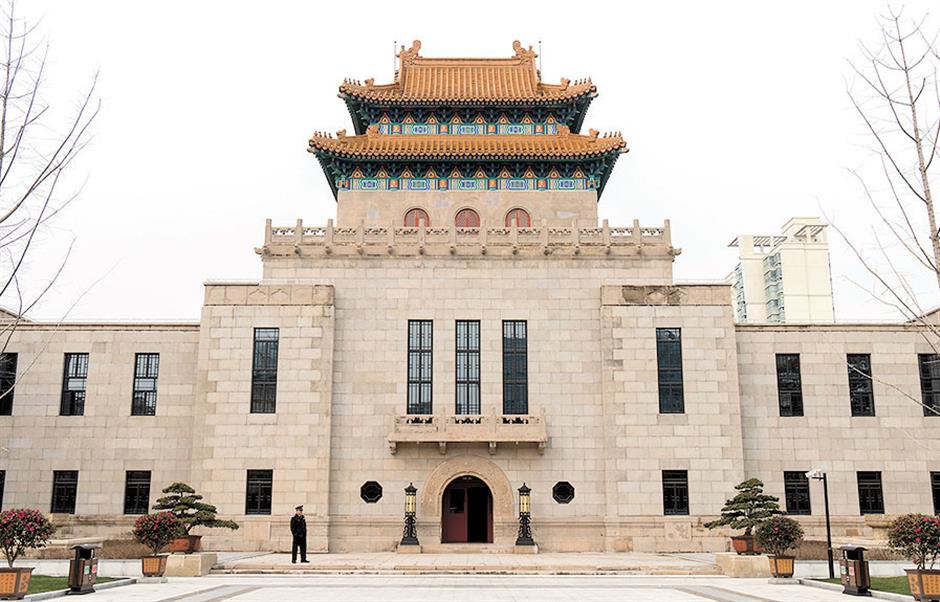 A guard stands in front of the new Yangpu District Library, which will open to the public in early October.

After major restorations, the former Shanghai Library in Yangpu District will open to the public in October on a trial operation.

The 80-year-old library at 128 Hengren Rd will open during the National Day holiday, which falls between October 1 and 7, said Liu Dongchang, director of the district’s publicity department.

The library was originally part of the Kuomintang government’s plans to bring the city government and major facilities into the area. In the early 1930s, Yangpu was envisioned as a new city center, complete with government buildings, a museum, a stadium, a hospital and TV and radio stations.

However, construction on the library was suspended in 1935 with the start of the War of Resistance Against Japanese Aggression. Although only partially built, it still opened in 1936, before closing a year later.

In its heyday, the library had more than 20,000 books, including 1,300 foreign titles. Most were lost during the war. 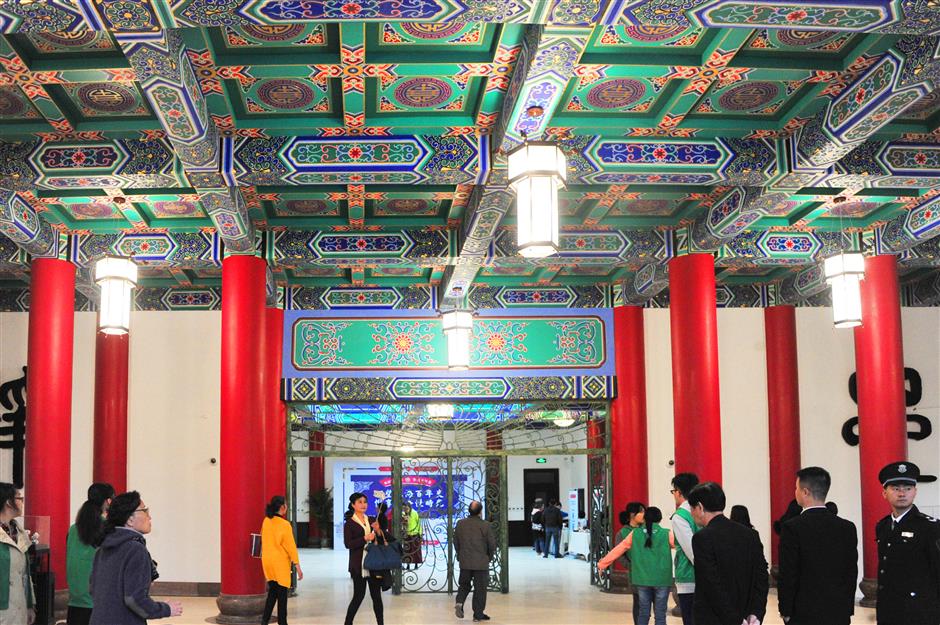 The main hall of the library, with its restored ceiling paintings and “peacock gate.”

Experts have also renovated the iron gate in the library’s main hall. Known as the “peacock gate” due to its elegant patterns, the gate was built in 1934 with rivets and iron mortise.

The reopened building in the Jiangwan area will serve as the Yangpu District Library, with about 650,000 book and seating for 650 people, according to the district government.

Over a dozen painters spent half a year to restore ceiling paintings in the main hall of the library, said Liu. Many of these paintings, on 1-square-meter panels, have traditional Chinese double happiness and lucky symbols, as well as intricate corner designs.

As another highlight, yellow glazed tiles on the roof were restored in Yixing, in neighboring Jiangsu Province, where they were originally manufactured.

Experts have also renovated the iron gate in the library’s main hall. Known as the “peacock gate” due to its elegant patterns, the gate was built in 1934 with rivets and iron mortise, explained Liu.

The exterior of the library was damaged by decades of weathering and has been cleaned and repainted, Liu said.

The interior has been newly designed and developed, and equipped with cutting-edge technologies and facilities.

A number of cultural events will be held within the library, such as lectures, book clubs and small exhibitions.