Going all out to improve the business environment and economy

Changning is taking advantage of the country’s further economic opening-up and making preparations for the approaching China International Import Expo in Shanghai.

Easy access to doing business, particularly commercial activities in the tertiary sector, is the downtown district’s recipe to boost its economy.

Even the central leadership has highly praised Changning’s strategies for optimizing the business environment.

Among a series of institutional innovations to support entrepreneurship, “one license with multiple addresses” is the most highlighted.

The test run of the program allows enterprises, including foreign businesses, to operate from multiple addresses across the city with one license instead of one for each venue, enabling firms based in Changning, particularly Internet startups, to expand more rapidly.

People will get easier access to more outlets and service centers of these companies near their communities, according to the district government.

The “multiple addresses” under a single license can include the companies’ delivery and reception centers, warehouses and after-sales service sites which means Changning-based companies with multiple outlets or branches do not need to apply for separate licenses for each venue as is the case elsewhere in the city.

What they need to do is to submit a certificate to prove the right to use a new site.

The district’s business watchdog will add the address of the new outlet to the company information immediately. In addition, the previous annual report of each outlet is no longer necessary.

So far, 15 enterprises in Changning have registered a total of 125 outlets throughout the city. 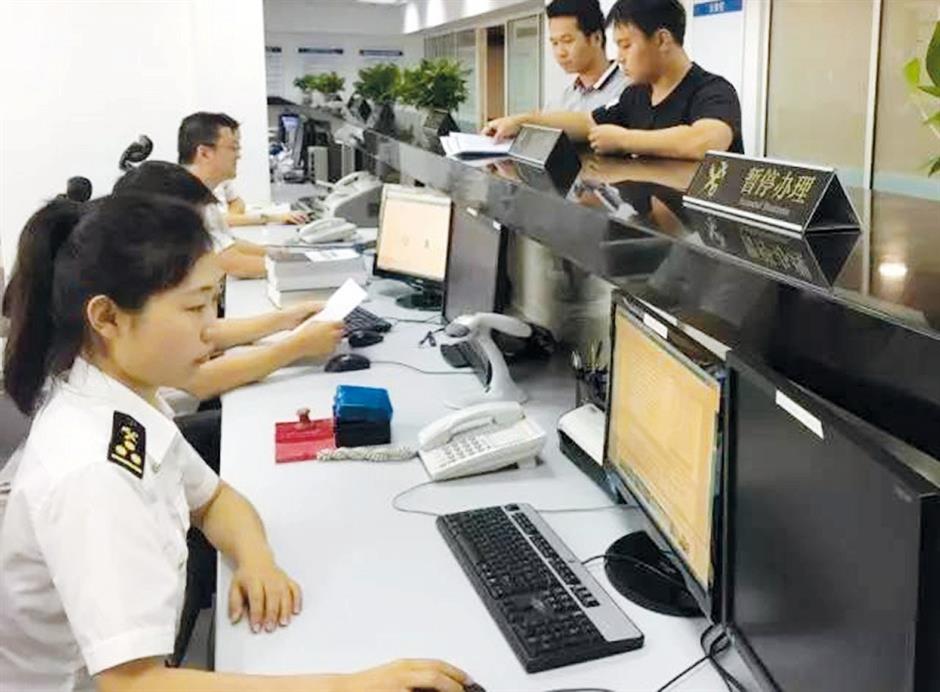 Meanwhile, Changning and the Shanghai Entry-Exit Inspection and Quarantine Bureau have jointly launched a trial scheme to speed up import inspections.

Fresh milk from New Zealand within three days of production is now available at local markets, compared to as long as eight days under the normal inspection procedures.

Five Changning-based companies, including the dairy importer Theland, have been approved for the trial fast-track quarantine and inspection process.

The Shanghai quarantine watchdog clears imported wine, dairy, textiles and jewelry from the five companies declared as having a good reputation almost immediately. Only 4 percent of the imported products from the companies will be tested, compared with 12 percent previously.

Previously, the incoming inspection was required with the testing reports issued by qualified labs. Under the changes, test reports issued by the enterprises themselves, their trading partners or third party inspection institutions for commodities with controllable risks are also accepted. This shortens the time of customs clearance for imported goods.

The traditional way of incoming inspection is made when goods enter the city.

Now, inspection and testing can be done abroad. The labs will paste a traceable QR code on the imported goods they have inspected for a quick scan when they arrive in Shanghai.

If defects are found, the commodities will be recalled immediately through the tracking system. The new practice takes both security and efficiency into account.

Thanks to the much improved inspection and customs clearance, Theland Farm Group doubled its imports of fresh milk in the second quarter to 186,000 bottles.

The trial is expected to be expanded citywide to boost the vitality of foreign trade as well as prepare for the China International Import Expo to be held in the city in November, when a large number of imported products are expected to enter the city.

In future, trade companies will be categorized based on their reputation and behavior. 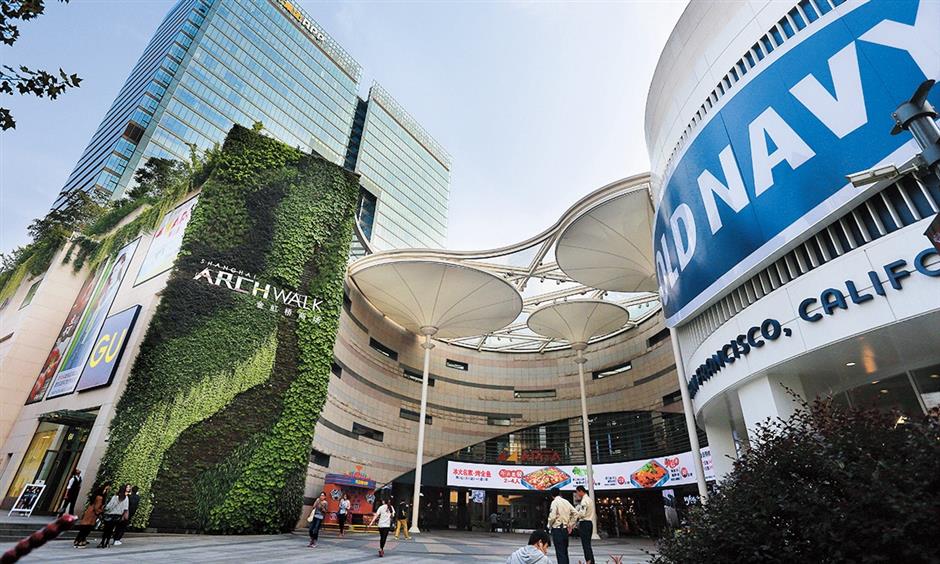 New commercial centers are set up in Hongqiao area.

Meanwhile, a one-stop service center for trade facilitation has opened at ShanghaiMart. Enterprises can apply for customs clearance of their imports or file and register their processing trade contract at the Hongqiao Trade Facilitation “One-Stop” Service Center.

The inspection and quarantine authority at the center is responsible for the entry and discharge of inbound goods through Shanghai Port, examination, issuance and application of all kinds of preferential certificates of origin and general certificates of origin of Shanghai exporters, daily inspection, quarantine and supervision of inbound and outbound commodities, health examination, infectious disease surveillance and vaccination for personnel, among other duties.

Apart from the Hongqiao Trade Facilitation “One-Stop” Service Center, the Yude Bonded Warehouse and the Yude Inspection and Quarantine Site have gone into service, giving Changning similar services and facilities for imports supervision as the China (Shanghai) Pilot Free Trade Zone and laying a solid foundation for the replication, promotion, innovation and reform of institutions to promote trade.

This is a breakthrough in online market supervision and service.

At the same time, the Changning District People’s Court has launched an online tribunal to hear contract disputes involving online businesses, online financial fraud as well as other online criminal offences. The tribunal has heard 775 cases since its establishment and settled 633 of them.

An average of 82 days was spent on each case. The Changning court equips the tribunal with a specific panel of judges and creates a tailored online hearing platform for it.

Litigation rules for online hearing are being developed at the court together with a collection of cases for online dispute resolution. A book on “cybersettle” is being written also.

The Changning tax bureau has launched tailored services as well as a bilingual counter since the beginning of the year for all sorts of businesses in the district as well as major tax related matters.

The district also unveiled a “pre-establishment national treatment system” and a “negative list” to broaden market access for foreign investment.

The newly released policy means foreign companies will be treated the same as their Chinese counterparts, while the “negative list” only determines industries in which foreign participation is prohibited or limited, according to the Changning government.

Changning will also work to become the first district to ease market access restrictions on culture and entertainment products for foreign investment.

Current restrictions on telecommunications, culture, education and transport are likely to be eased for foreign enterprises. Shanghai has recently introduced a total of 100 new measures covering five areas in a bid to further expand the city’s opening-up.

Among the measures, eight top priorities were laid out including the trade facilitation for the China International Import Expo in November. Changning is studying the feasibility of a new round of policies to support trade.