Foreigners who want a 144-hour visa-free transit from a Shanghai airport can now complete the paperwork for one online before they set out, then print it on arrival.

This means that they don’t have to fill out an arrival card by hand.

It’s estimated that this will save about 20 minutes when they go through immigration.

The online application can be completed at the official website of the Exit-Entry Administration Bureau of Shanghai Public Security Bureau at crj.police.sh.cn/144zy.jsp.

After the applicant enters all the required information, the system will generate an exclusive QR code which they capture with their phone. The applicant then scans this on a machine in the transit area and prints out their arrival card. The applicant can also just scan their biometric passport.

Passengers can also use the machines to make an online application at the airport. At immigration inspection, the passenger will only need to present his passport, connecting air tickets and the printed-out arrival card.

Police said that completing the online application doesn’t mean that the applicant qualifies for a visa-free transit.

That decision is still made based on the results of on-site inspection.

A British national who gave his name as Jafri became the first to use the service at Pudong International Airport.

Jafri said he is going to be on a business trip here for two days and then head for Hong Kong. It was the first time that he applied for the visa-free transit in Shanghai.

“I’ve been extremely pleasantly surprised by how easy, smooth and efficient it’s been,” he said.

Such machines can be found at Pudong and Hongqiao international airports, and will be later introduced to the city’s cruise and railway terminals.

Police said that 95 percent of the visa-free transit applicants use airports.

This new method of applying for 144-hour visa-free transits will be publicized through major international airlines at airports in foreign countries and also tourist agencies, police said.

The system was developed together with the Shanghai General Station of Immigration Inspection.

Applicants for the 24-hour visa-free transit and foreigners who enter China with a visa still need to fill out the arrival card by hand.

Police said the online application only applies for those who enter China from Shanghai. 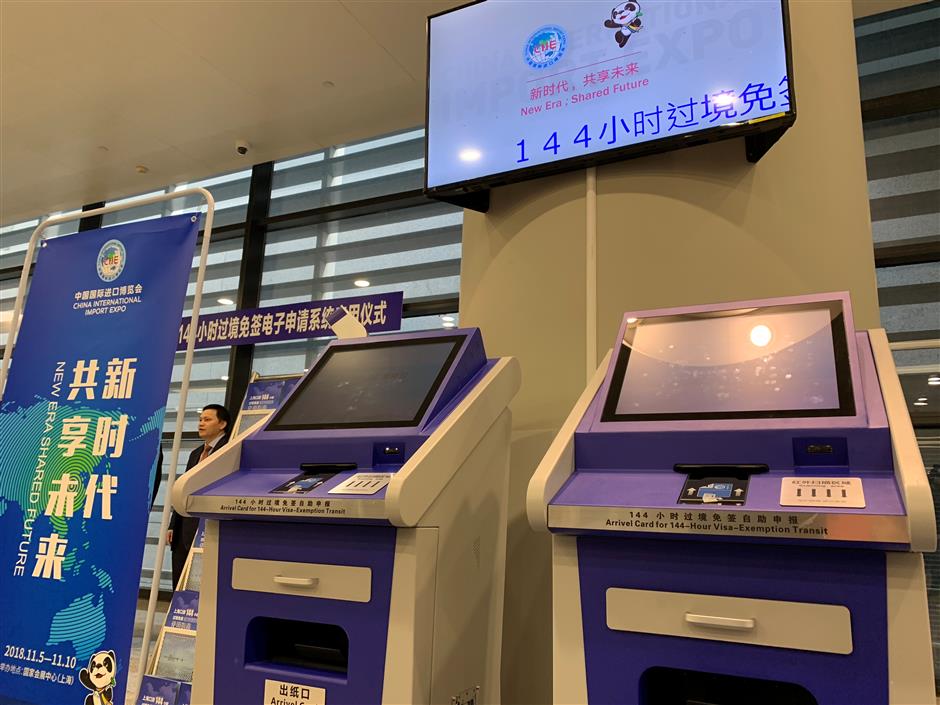 Applicants can print out their arrival card on the two machines at Pudong International Airport. 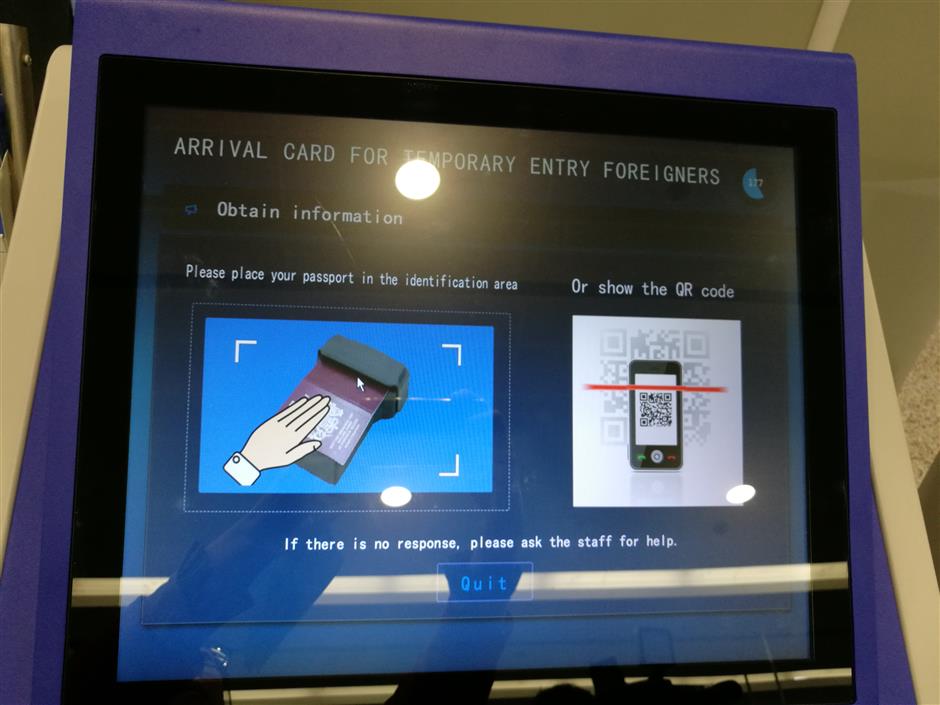 After you scan the QR code or your passport, your filled-out arrival card will be printed out.

During the application, the passenger will be able to use a map to search the address of their hotel, which will make information on the arrival card more accurate.

At immigration inspection, the passenger will only need to present his passport, connecting air tickets and the printed out arrival card.