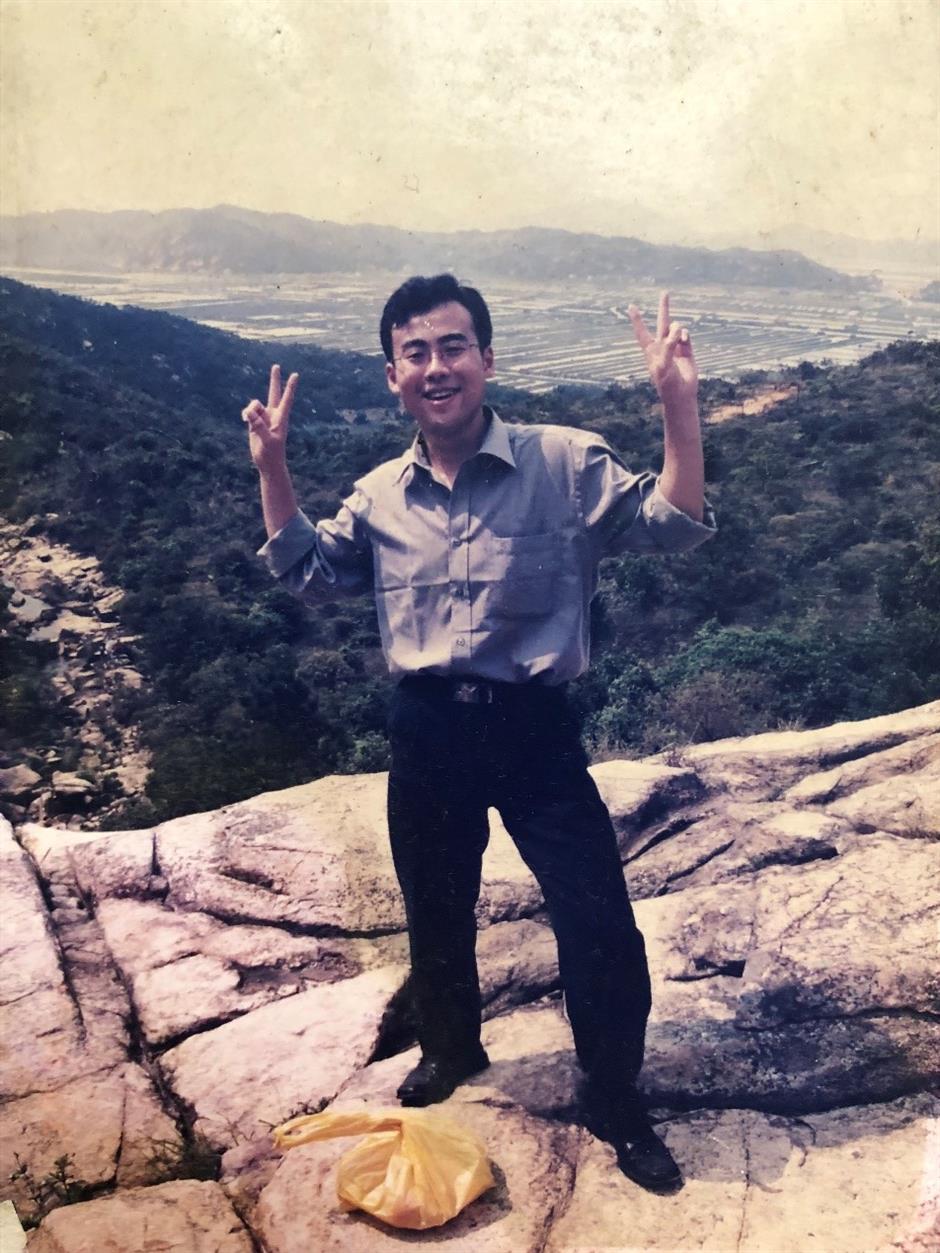 A photo of Chen Rui taken soon after he graduated from college.

Chen Rui, who was born in January 1978 in Chengdu, has witnessed the speed of China's Internet development over his past 10 years as an entrepreneur.

He has worked for KingSoft, one of the first Chinese software companies, and became co-founder of Cheetah Mobile, both of which were listed overseas, before joining Bilibili.

The birth and growth of Bilibili led to the "bullet screen" phenomena, referring to the large number of real-time comments bulleting past the screen when playing video or live streams. Bullet screen reflects the vitality of the post-90s and post 00s in China. Bilibili has become the leading cultural online community for Chinese youngsters.

In March 2018, Bilibili was listed on the NASDAQ. 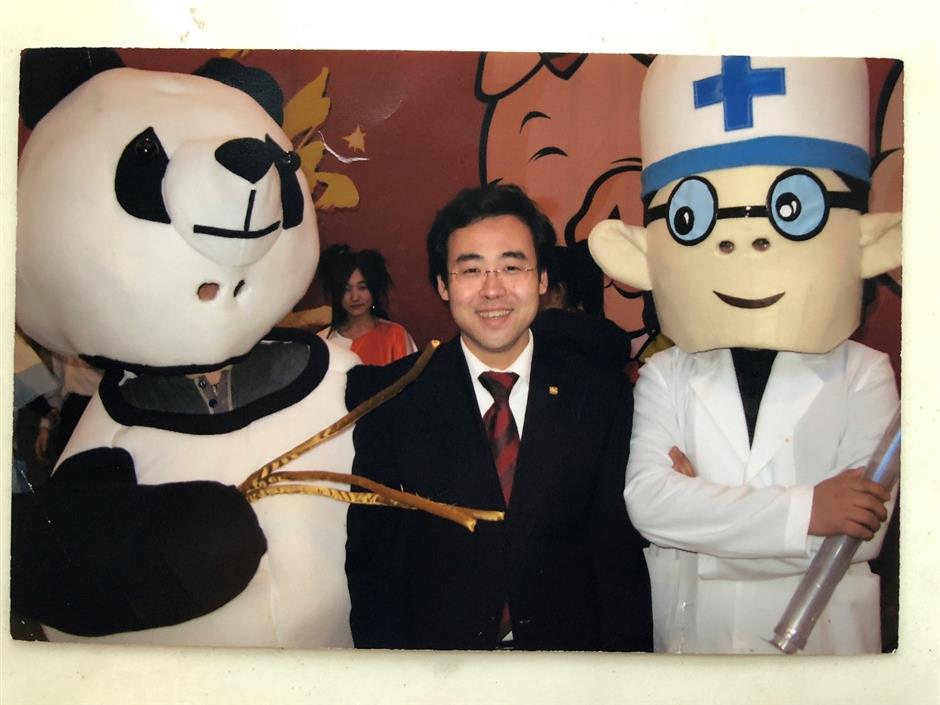 Chen Rui who at the time was working for KingSoft

It was not until I started writing this article that I realized every single important turning point of my life so far was in harmony with the trend of the times we live in after the reform and opening-up.

I was born in 1978, the year when the reform and opening-up began. My family had a television when I was 4. My childhood memories then were largely filled with scenes where a group of kids huddled together in front of the TV to watch animation, or my family watching the Spring Festival Gala.

At that time, we needed ration stamps to purchase eggs. When I was 7, I wanted a toy that cost 12 yuan (US$ 1.73). But my mother’s monthly salary was less than 100 yuan and she couldn’t afford it. I was down for quite a while.

When I was 11, mother bought me a Transformer toy that cost her 98 yuan, but at the time my family could earn more than 1,000 yuan every month.

China was riding on the highways, I grew up with it.

In 2001, China joined the World Trade Organization. I graduated from university the same year. My dream at the time was to find a job in Chengdu with a 2,000-yuan monthly salary. House prices in Chengdu were 1,600 yuan per square meter.

To my surprise, my university stopped finding and assigning jobs for graduates that year. Industrial tycoons like IBM, Lenovo, Huawei and ZTE all came to the campus looking for college graduates which at the time was not a common thing.

Out of my interest in software development, I joined famous software enterprise KingSoft. In retrospect, I had no idea what was going to happen. The curtain of drastic development of Internet industry was about to open, I was facing a totally new era.

KingSoft became a HKEX listed company in 2007. One year later, Beijing held the Olympic Games. It was with this jubilant and heated atmosphere, me and another five young men, all fearless but inexperienced, decided to start a business. Later I found out that many people chose to start businesses that year, such as Wang Xing who founded Meituan Dianping.

It was hard. In 2010 we merged with Fu Sheng’s start-up team, and that was the predecessor of Cheetah Mobile. After two years of groping in the dark, we caught the wave of the Internet economy. The share of Cheetah in the overseas mobile phone application market rose rapidly. It was a huge success.

China’s gross domestic product surpassed Japan in 2011, which made it second in the world. I realized that the country’s economy had grown to a certain stage that cultural industry would have huge space to develop. I liked watching animation since I was a kid, and I had this dream to revive Chinese-produced animation. I felt the time had come.

At that time, I was also a member of an animation club formed by a handful of animation fanatics. Its name was Bilibili.

I told myself that I should pursue my hobby and dream, reviving Chinese-produced animation, after Cheetah Mobile succeeded. I think Chinese can produce the best cultural products in the world and have everybody appreciate them.

After Cheetah Mobile listed in the United States in 2014, I told Lei Jun and Fu Sheng my plan. They both agreed that I should take on the business where my interest is. So I withdrew from Cheetah and started working on Bilibili with whole-hearted devotion. I wanted to make Bilibili a community for all of those who loved animation, video games and music, a platform where everyone can participate and produce good work of their own.

Today, Bilibili has become the largest online community for Chinese young people with more than 70 million active users logging in every month. Tens of thousands of videos and articles are released on the site.

Meanwhile, we also have millions of overseas users. The videos on Bilibili are popular among foreigners as well.

Not long ago, an animation invested and produced by us became a hit on Japanese television. China has started its own cultural exports.

The year when I celebrated my 40th birthday, also marked China's 40th anniversary of reform and opening-up. On March 28 this year, Bilibili, representing China's Generation Z, became a listed company at NASDAQ. Global capital started to pay attention to the Chinese youth force.

Looking back on those important moments of my life, it was the development of the times that have chances to someone ordinary like me to realize my dream again and again.

I could hardly imagine living a wealthy life like those in developed countries when I was little.

I could hardly imagine to have a fast-rising career when I was in college.

I could hardly imagine to establish a company when I first started work.

Even after I started my own business, I still could hardly imagine that I would turn my hobby into a full-time job some years later.

What exceeds imaginations is called a dream, and it was the rapid development of China that made all these possible.

In fact, chances belong to more people than someone like me who was born in 1978. Every year after that was a year of the country’s huge development. The youth of China could as well be the generation who has been given the most opportunities by the very era they live in.

Today, I see youngsters in their 20s or 30s striving to start their own business in not just the Internet industry, but also in artificial intelligence, cloud computing and biotechnology. These enterprises are all riding the high-speed train named China towards a bright future. I’m confident that young entrepreneurs now will have enough chances to realize their dreams.

I will be forever grateful for living at such a good time.