Imbued as it is with Taoist philosophy, it should come as no surprise to find a philosophy major teaching kung fu.

But as kung fu teachers in China go, Deogenes Barbosa, 27, is a little out of the ordinary. The Fudan University master’s student is from Boston in the United States.

He is well known on campus as a master of martial arts, having won first prize in a second annual tai chi chuan competition for international students.

At the invitation of the university’s Confucius Institute, he recently taught a kung fu class for a student exchange group from the University of Sydney.

Barbosa told Shanghai Daily that he started learning martial arts 11 years ago to improve his health and self-confidence.

Diagnosed with chronic bowel inflammation when he was 14, his sickly nature made his teenage years difficult.

“Because I was weak and had no confidence, I was often bullied,” he said. “Kids would push me around and make fun of me.”

He began to explore improving his health through martial arts and visited the Shaolin Tai Chi Pragmatist Kung Fu Institute close to his home in Massachusetts. He was intrigued by what he saw and his parents paid for him to take a course. 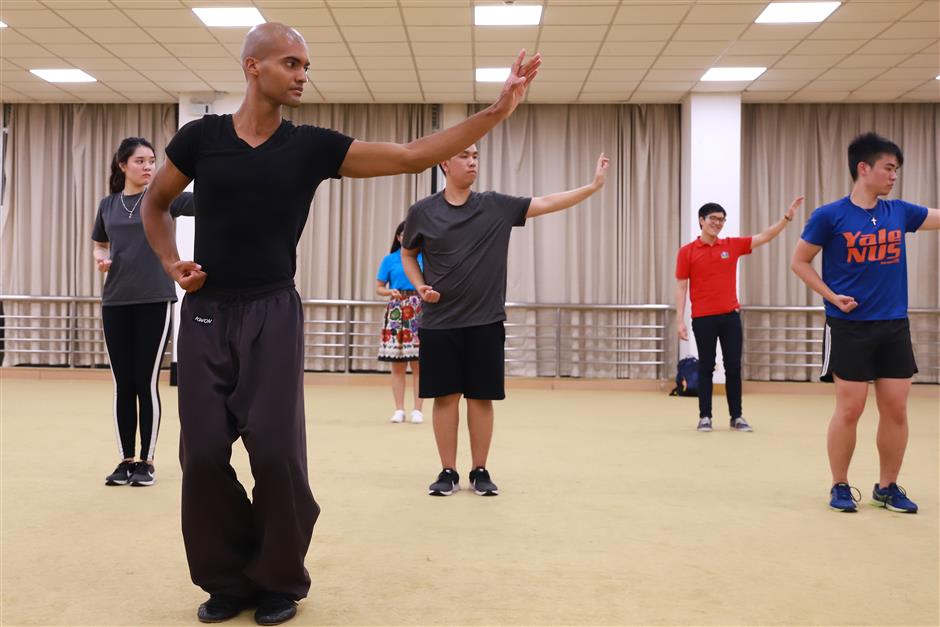 A slap in the face

In the first lesson, he was instructed to maintain a squatting position at the back of the room for three hours.

“It was very boring, and, actually, I hated it,” he said. “But my parents had already paid for the first three months, so I had to stay. I had no choice.”

Then something happened that changed his attitude completely.

One day when he was practicing with his shi fu (master), his teacher repeatedly told him to keep his head up, but Barbosa kept dropping his head, a habit he had developed from years of self-doubt.

Eventually, the teacher slapped him in the face and said, “D, you’re a big guy. Never put your head to the floor again.”

“It was an epiphany,” Barosa said. “I think that moment changed my life.”

He then became a dedicated disciple of kung fu.

“It takes at least two years to see any progress, at least five years for a small achievement and 10 years to see big changes. So to practice kung fu, you have to be very patient and very dedicated.”

He added, “You should just enjoy the process of learning. If you try too hard, it’s not going to happen, and it’s certainly not going to happen overnight. It’s a lifetime learning process. As long as you have fun and enjoy what you’re doing, you’ll never give up.”

“A lot of martial arts require you to be very strong and use hard power to defeat your opponents,” he said.

“But I’m thin and not as strong as some people. If you learn tai chi chuan and tang lang (another style of kung fu), you can use your superior technique and movement to defeat a stronger opponent.”

Originally, he preferred the dao (saber) over the jian because it was more suitable for his body type.

When he first visited China, he discovered the martial arts novelist Jin Yong after friends recommended a TV series based on Jin’s work “The Swordsman.” When he went back to the US, he asked his shi fu to teach him the sword.

His dedication to kung fu has definitely improved his overall health.

“When I was diagnosed, my doctors told me I’d be on medication for the rest of my life,” he said. “Now, I haven’t taken any medicine for the last eight or nine years and I’m in perfect health. My doctors were impressed. They said, ‘We’ve never seen that before, so whatever you’re doing, keep doing it.’”

His confidence has also been boosted and his circle of friends widened.

“Whenever I attend competitions or go to demonstrations, I’m able to meet other martial arts practitioners,” he said.

“When you meet someone else who practices kung fu, you instantly become very close friends.” 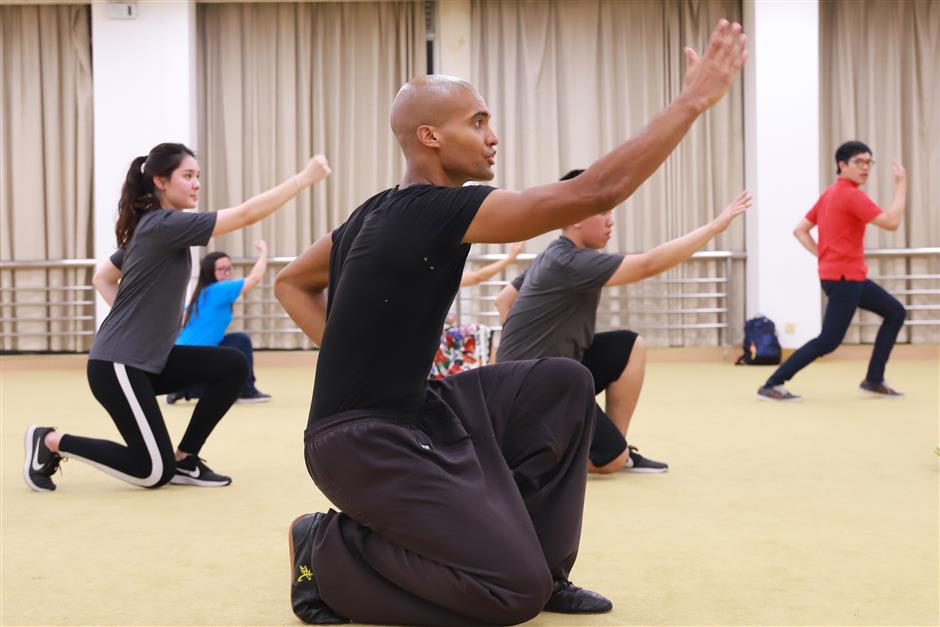 Barbosa has won numerous awards, including the 2013 Shaolin Tai Chi Praying Mantis Kungfu Federation competition, was attended by all tai chi chuan schools in the US.

At first he rebuffed suggestions that he become a kung fu teacher, but after starting to teach a friend at Fudan, he began to take on more students.

Now he teaches 15 to 20 people, mostly foreigners, at least twice a week.

“A lot of foreigners have heard about kung fu but very few actually have had the opportunity to learn it,” he said. “Once they have the opportunity, many become very interested.”

The differences between Chinese and Western cultures also interest him.

“I think the biggest difference is the idea of humility,” he said. “In Chinese culture, when you ask someone if they’re good at something or how good they are, they always say they know very little or aren’t very good at all.

“But in the US, you go to an interview and someone asks if you are good at something. If you say, ‘No, I’m not good at all,’ they will ask, ‘Why did you come to this interview?’”

Barbosa wants to pursue another master’s program in international relations in Beijing and work for the US State Department.

“Specifically, I would like to work in diplomatic security at US embassies and consulates around the world, before specializing in Asia,” he said.