Harmony between man and water: the work of Tan Qiong 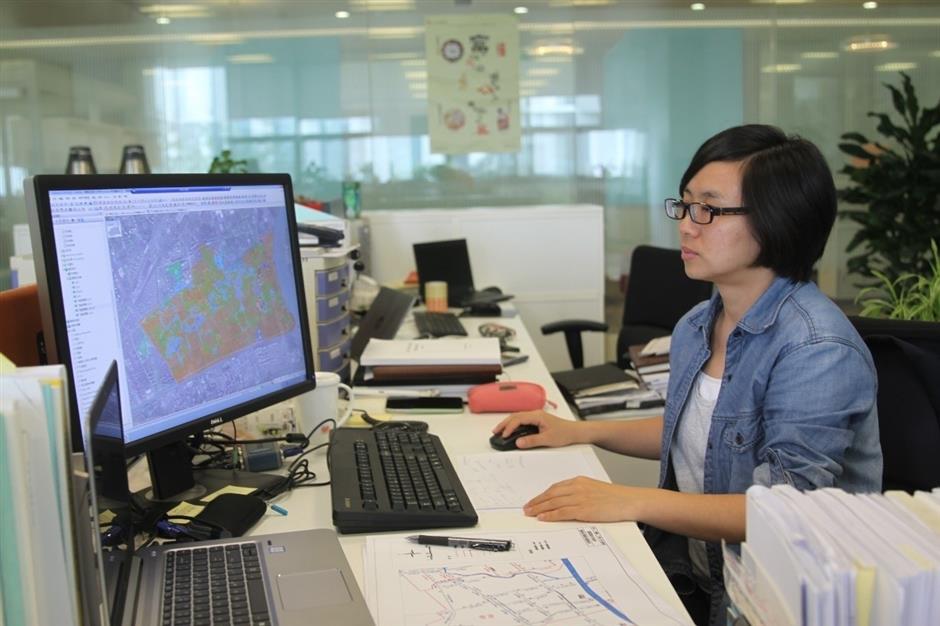 Tan Qiong, born in Chongqing, April 1980, has been working on water research, planning and consulting for ten years since she earned her PhD. She is dedicated to solving urban water issues such as inland inundation, flood warnings and water pollution.

In order to prevent the city from turning into a huge pond during flood seasons, Tan studied hard about drainage models and real-time alarm technology. She was the core R&D staff member of the city’s inland flood forecast model and platform. The platform, which significantly supports the basis of the city’s flood control, is able to monitor the damage of natural disasters as well as alert to possible hazards and evaluate damage risks.

What Tan has been doing is a telescoped view of the progress of China's urbanization after reform and opening-up, which is turning from satisfying people’s needs of economic development to meeting their demands for a beautiful living environment.

Environmental enhancement and better urban management are vital to Shanghai as it speeds up the building of an ecologically friendly, smart city.

Being the backbone of Shanghai’s water issue research and an expert of urban drainage, Tan has made prominent contributions to the safeguarding of the city.

Environmental engineering was a less popular major when I was in college. Among air, sound, solid waste and water pollution, I chose the latter as my research field. I came to Shanghai to continue my professional pursuit at Tongji University after graduating with a bachelor's degree. I have, since then, been tightly bound to urban water issues.

By conceptualizing and abstracting the water infrastructure being applied to the city, the hydraulic model will simulate how infrastructure works, and with simulations and the data it generates, the model will provide scientific backup for the decision making of relative water policies.

Since my research project was associated with hydraulic models and I have worked in a foreign model company, after I came to the Shanghai water planning and design institute, I made some progress while probing into how to use the models to solve the water issues Shanghai was facing.

Water is the source of life. My greatest reward would be to help building a harmonious coexistence between the city and water. As a coastal city, the harmony between Shanghai and water first comes from flood prevention.

Just like an old Chinese saying goes, “while water can carry a boat, it can also overturn it.” In recent years, we have seen more and more major cities, including Shanghai, turning into a pond during flood seasons. Facing typhoon, storms, high tides and regional flooding, improving the flood prevention ability of the city has become vital.

Drainage pipeline networks are buried deep down underground, which makes it harder for us to monitor. Some of the pipelines downtown were built a fairly long time ago and their conditions are so complicated that old-school techniques may face many unexpected challenges.

Once upon a time, discussing how to treat a water logging area in Xuhui District boggled locals for a long time, and different departments gave different suggestions such as building a new pump station or extending the pipeline to other drainage systems. It was hard to say which plan was better, but the problem needed to be solved.

In order to find the best solution, we built up a model of the drainage pipelines in the area and, after analyzing the model, we provided a better solution that eventually solved the problem. Other water logging areas in the city started to follow our method to build models.

In order to further improve our ability to deal with extreme stormy weather, we started joint research with the city’s meteorological bureau. The research probed into the real-time urban flooding alarm system based on weather forecasts and drainage models.

Yangpu District was facing serious flooding problems when typhoons Matsa and Haikui hit the city, because the water surface ratio of the district was small. Based on the internet database and Web GIS technologies, we established a drainage model of the district and started a demonstration on a platform providing flood alarms and solutions. The weather forecast in most cities of China can provide forecasts on rainfall, but we took it one step further to provide forecasts of possible flooding, including time, location and depth of water-logging. That provided better guidance for the preparations and emergency handling of the city’s flood control department.

The harmonious development between man and water also relied on the practice of national strategies, which pointed out that “lucid waters and lush mountains are invaluable assets.” In the past, drainage pipelines often discharged excess rainwater directly into the rivers, which led to black and malodorous problems of the water.

Nowadays, we've optimized the operation strategies of pump stations around the city and built storage facilities to control that discharge during raining days.

In retrospect, I can see our country is making more and more efforts toward the course of ecological civilization construction and water environment protection. I have gained a sense of accomplishment through my work over the years. The path ahead towards the harmony between man and water is still long, but my team and I will continue offering ideas and wit for the great course.