The hair dryers were imitation Dyson, judging from the evidence presented by police.

From the beginning of last year to mid-December, the gang made sales of over 10 million yuan (US$1.5 million) with the fake products, police said.

An investigation was launched in August last year after Dyson reported that fake hair dryers of the brand were being sold on several online shopping websites in China, and some consumers of the fake products filed complaints with them about their poor quality.

Police found that the gang, based in Guangdong Province, established a company called “DMSA."

Two major suspects, who are a married couple, allegedly purchased authentic Dyson hair dryers and employed professionals to study them and develop their own production line.

Police raid one of the factories.

The company was well-established, with departments in charge of buying, manufacture, storage and sales, and their products were eventually sold in Guangdong, Fujian, Jiangsu and Zhejiang provinces, as well as Shanghai.

Police found that the cost to produce a fake hair dryer was 120 yuan, and they were sold at 650 yuan to wholesalers. Eventually the products were sold at 50 to 95 percent of the market price of the authentic version, which is around 2,200 yuan.

Some sellers on the Internet claimed to consumers that the products were cheaper because they were purchased from overseas and dodged custom taxes, police said.

The gang produced 500 to 600 of the hair dryers every day. The fake hair dryers looked extremely similar to the authentic ones, but differences could be seen when holding them next to a real version. 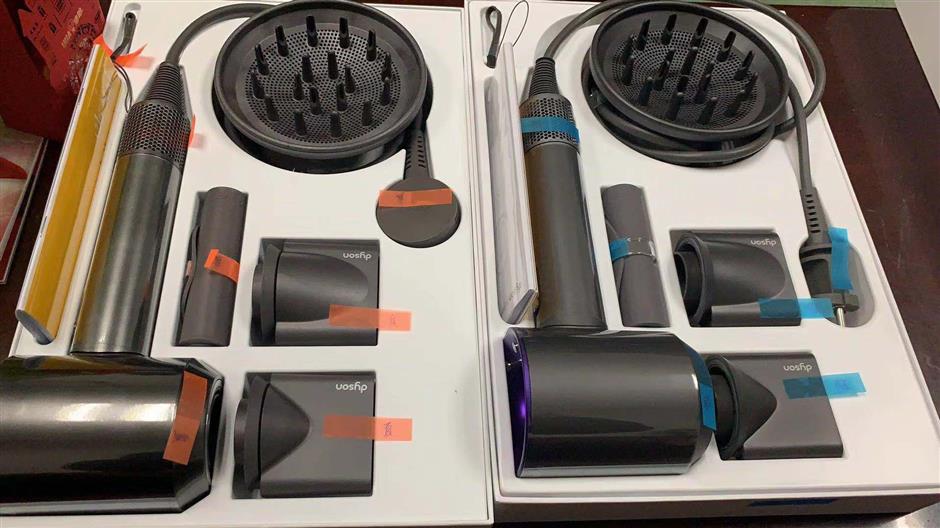 An authentic hair dryer (left) and a fake one (right) 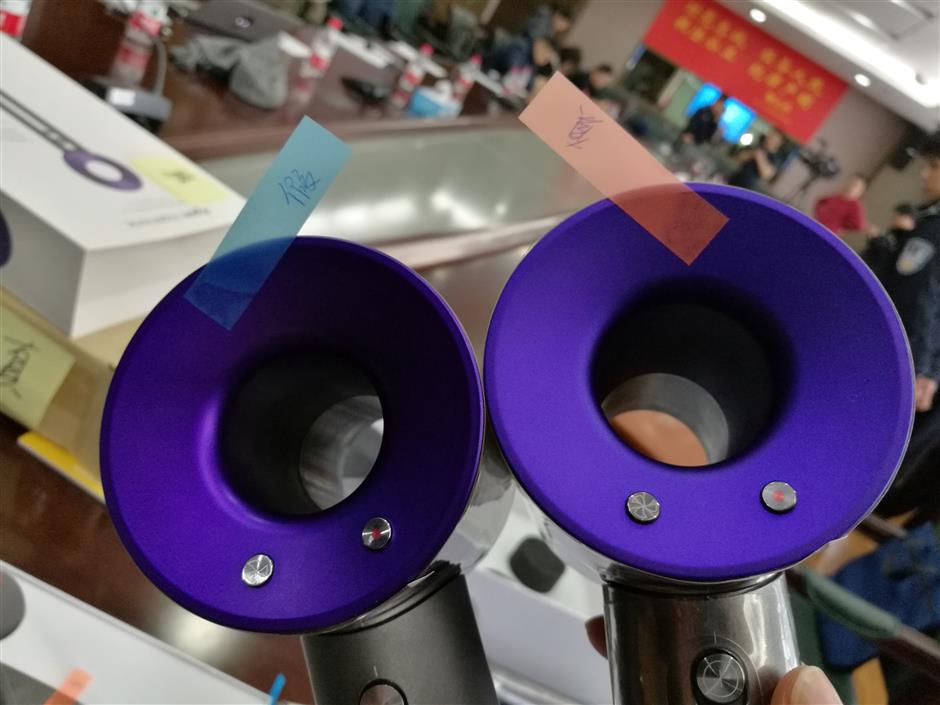 The fake hair dryer (left) has a brighter color in some parts and a smooth surface, instead of the frosted surface found on the authentic product (right). 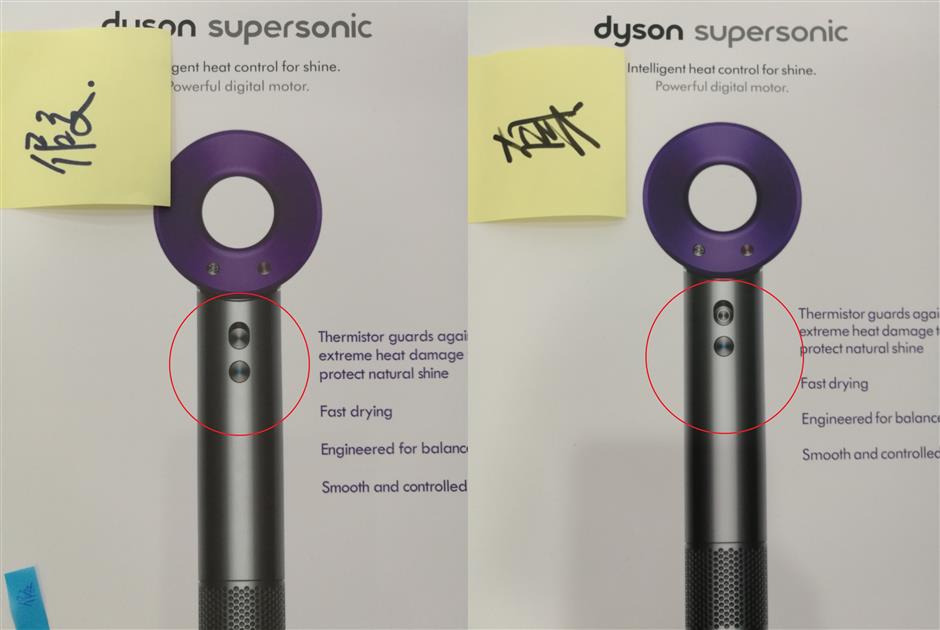 The fake package (left) has different details compared to the authentic one (right).

The suspects were caught by Shanghai police in Guangdong and Fujian provinces in mid-December last year with the assistance of their colleagues in the two provinces.

Police said the gang was about to produce fake hair curlers and vacuum cleaners of the same brand.