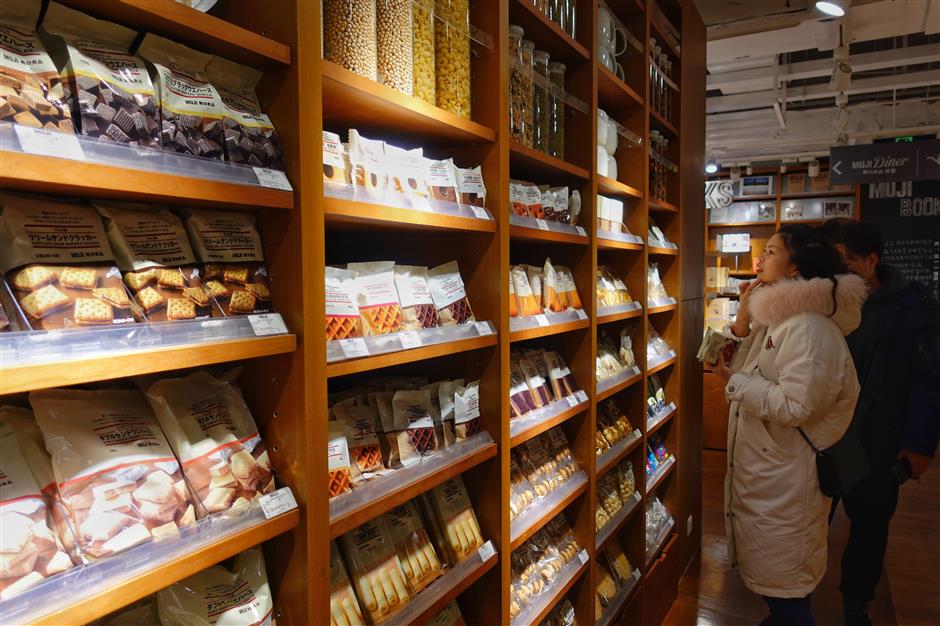 A customer peruses a range of crunchy snacks at the Muji outlet on Huaihai Road M. on Wednesday.

A Muji biscuit has been found to contain “genotoxic carcinogens” by the Hong Kong Consumer Council.

Shanghai’s food watchdog said Wednesday it is following the case but no food standard covers the substances.

The HK council said in a report released on Tuesday that nearly 90 percent of 58 cookies and pastries it tested were found to have genotoxic carcinogens. The tests focused on three contaminants, glycidol, acrylamide, and 3-MCPD.

In the test, glycidol was found in 40 of the snacks, ranging from 3.4 micrograms per kilogram to 1,900ug/kg. Glycidol is formed when oil is heated to a high temperature during refining. In addition, 42 contained acrylamide of between 32 and 340ug/kg. A hazelnut oat biscuit produced in Malaysia and sold by Muji was on the list. 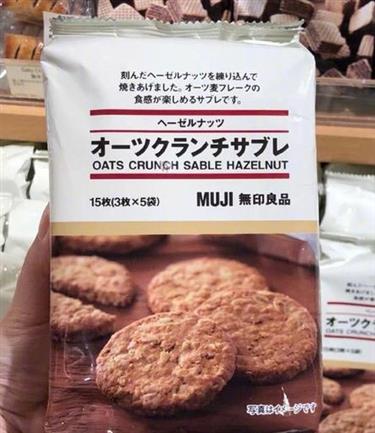 The hazelnut oat biscuit which set alarm bells ringing is not to be found in the store.

The biscuit sells at 15 yuan (US$2.2) per pack on Muji’s mainland website, but has not been available since yesterday afternoon. The product was still available yesterday on other shopping websites.

At two Muji outlets inside Westgate Mall and Reel Department Store, the biscuit could not be found yesterday. Clerks at both stores said they had sold out and not been imported for some time.

Acrylamide and glycidol are not food additives. Ding Gangqiang of the National Institute for Nutrition and Health affiliated to the Chinese Center for Disease Control and Prevention said there is no standard on the intake limit of acrylamide, even overseas.

Li Shuguang of with the School of the Public Health at Fudan University, said acrylamide is widely found in many foods like potato chips.

Glycidol is listed as a carcinogen by the International Agency for Research on Cancer. It is for industrial use, not food manufacture, and there is no clear reason why it should be found in biscuits, said Li. Machine rollers are often lubricated by substances that may contain small amounts of glycidol.

In a statement yesterday, Muji China’s headquarter said acrylamide and glycidol are not food additives, and there had been no irregularity. Internationally, there is no limit on them.

The biscuits had inspection and quarantine certificates in line with all relevant laws and regulations.