The Spring Festival travel rush, with 2.9 billion people expected to be on the move during the 40-day period, officially kicked off on January 21.

The three city railway stations waved farewell to about 360,000 passengers on the first day, according to Shanghai Railway Station, 5 percent more than the first day last year.

The three stations have facial recognition devices at their entrances this year, so identity checks are quicker.

At Hongqiao station, Xu Kunting, a volunteer at the machines, said it only takes about 4 seconds for a passenger to scan his ID card and pass through the gate.

A manual check can take more than 30 seconds. Some passengers had to take off their hats or glasses, but all said it was quite convenient.

“The trick is not to stand too close to the scanner,” said Xu. “Otherwise it may miss some part of your face.” 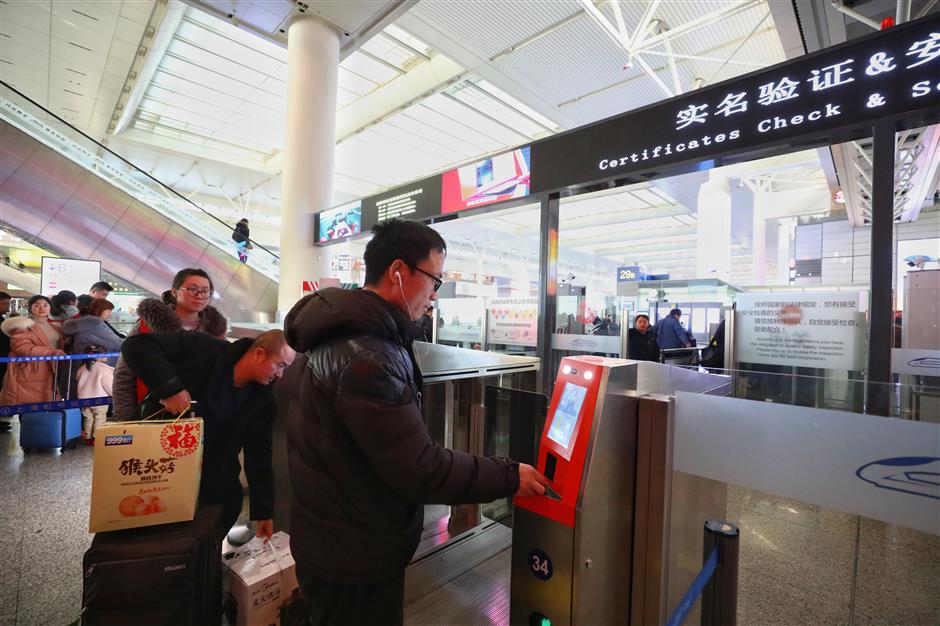 A passenger passing the ID check via the face recognition system at Hongqiao Railway Station on Monday.

For those who bought their tickets with other forms of identification, which includes almost all foreigners, the stations still have manual ID check channels.

Machines to make temporary IDs are installed in stations, so passengers who forgot their ID cards can obtain a temporary one that will allow them to board the train, if they can remember their ID number. The whole process takes less than a minute. 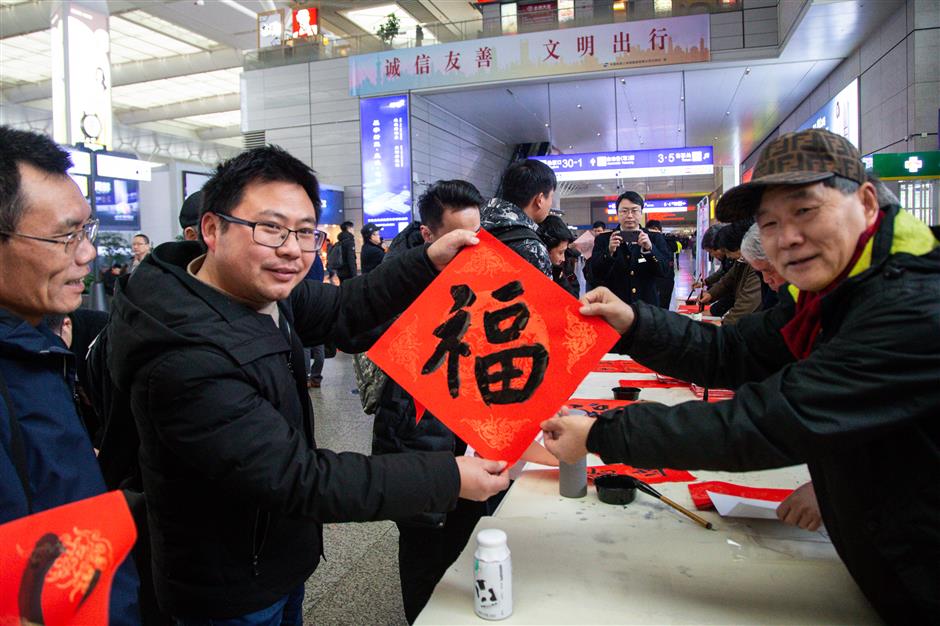 Calligraphers writing couplet and fu characters for the passengers at Hongqiao Railway Station on Monday.

Although there are still two weeks to go before the Year of the Pig arrives and the peak of the rush is some days away — more than half a million passengers are expected each day during the first three days of February — the station already has a Spring Festival vibe.

A group of calligraphers are in the station to write couplets and the fu (fortune) character for passengers. Zhu Yadong, vice president of Jing’an Calligraphers Association, arrived at 9am and by 10:30am he had written more than 100 couplets.

At 10am, the “fighting hawk” squad, a railway police SWAT team, performed a combat exercise showing how technology helps the squad deal with outbursts of violence.

According to the railway police, 10 ticket scalpers and more than 1000 tickets have been seized since January. 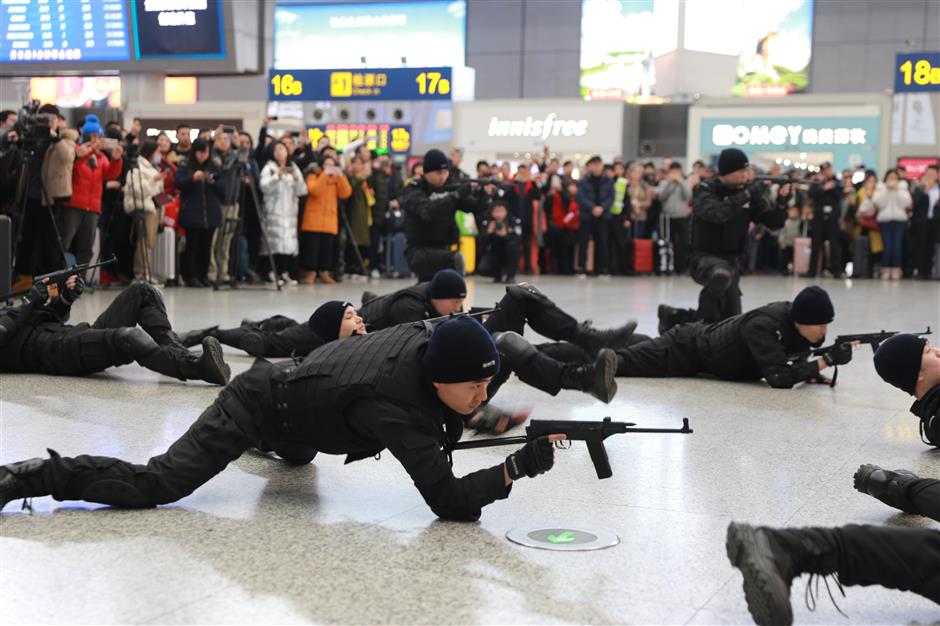