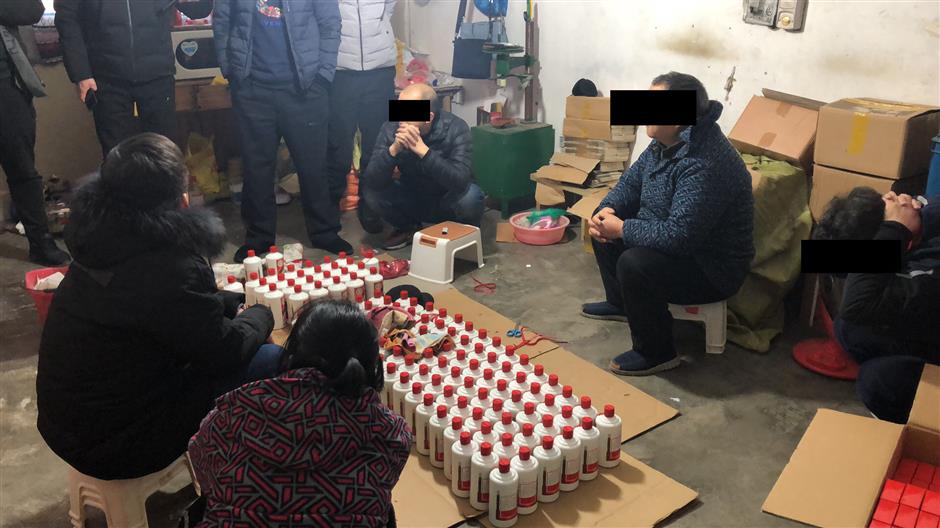 Police raid the gang in January. 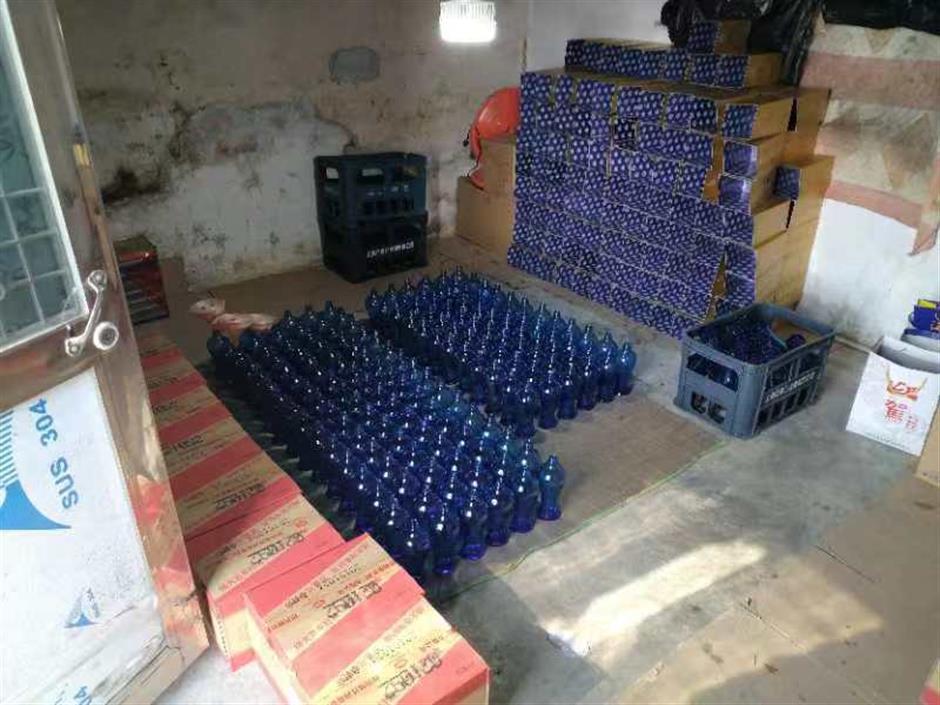 Six suspects of a gang that allegedly mass produced fake baijiu of famous brands have been detained, Shanghai police said on Tuesday.

During a raid in January, police discovered a few thousand bottles of baijiu branded as Moutai, Wuliangye, Jiannanchun and the Yanghe Blue Classic series — their authentic counterparts are estimated to be worth over 10 million yuan (US$1.5 million).

Police in Minhang District started investigation in October last year when they found that parcels containing empty bottles and cases of baijiu, apparently from the famous brands, were often delivered to different addresses in the same residential complex, but the receiver of the parcels was the same person.

A man surnamed Hu, who has been punished for selling fake baijiu in the past, emerged as a major suspect, and police found that he rented two houses in suburban Fengxian District with a relative, surnamed Gao, to produce the fake liquor.

The fake baijiu was sold to two wine wholesalers in Songjiang District and a wine dealer in Qingpu District. The materials the suspects used to produce the fake products were allegedly purchased online.

The baijiu that the suspects used to fill the bottles with was either purchased from grocery stores that recycle wine, or cheaper versions of Moutai, according to police.