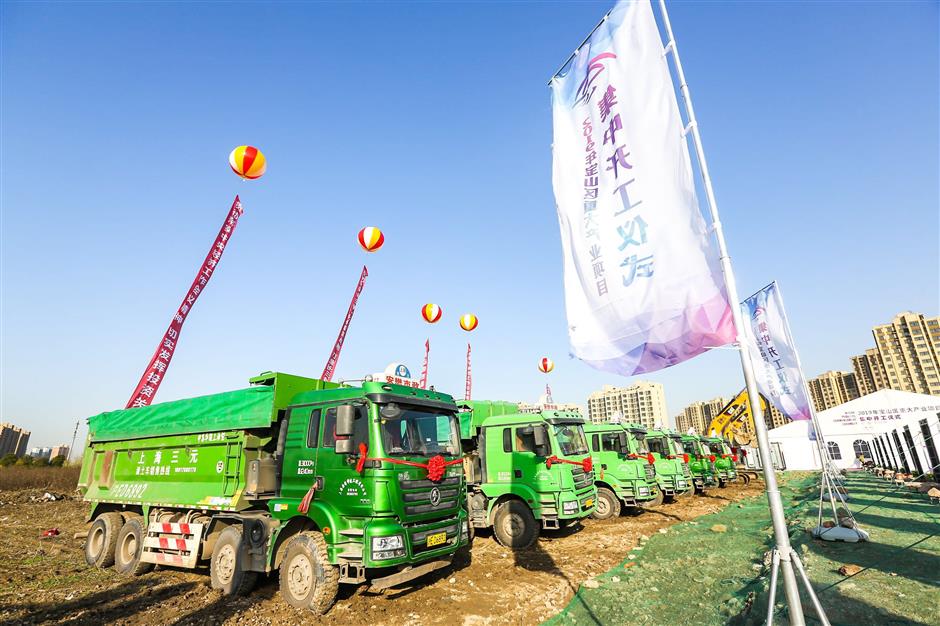 Trucks stand in line for the construction of major industrial projects launched in Baoshan District on Wednesday.

With total investment of 76 billion yuan (US$11.3 billion), the 66 projects are being developed on former container yards, steel factories and old industrial parks, mostly with pollution problems. The future projects include advanced manufacturing sites for industrial robotics, graphene (the lightest, thinnest and strongest known material), a traffic information center and intelligent sanitary products.

A former container yard and production line of China International Marine Containers Group (CIMC) covering 200,000 square meters near the Meilan Lake, one of the city's largest artificial lakes, is being developed into high-end office buildings for companies across the Yangtze River Delta Region.

These projects will mainly cap the demands of companies in the neighboring cities to serve the nation's integrated development strategy for the Yangtze River Delta Region, said Jiang Ruiqin, the director of the development and reform commission of Baoshan.

"The sites and industrial parks in the northern district might be remote for downtown enterprises, but they're in a central location in regards to the whole Yangtze Delta," Jiang said.

The district launched a Yangtze River Delta Region innovation center on high-end equipment on Wednesday at the CIMC project near the artificial lake. Over 40 enterprises and R&D centers in 15 cities in Shanghai, Zhejiang, Jiangsu and Anhui provinces will become the first batch of companies to be based in the area. They will focus on high-end equipment, vehicles, marine engineering, energy and chemistry, logistics and modern services. 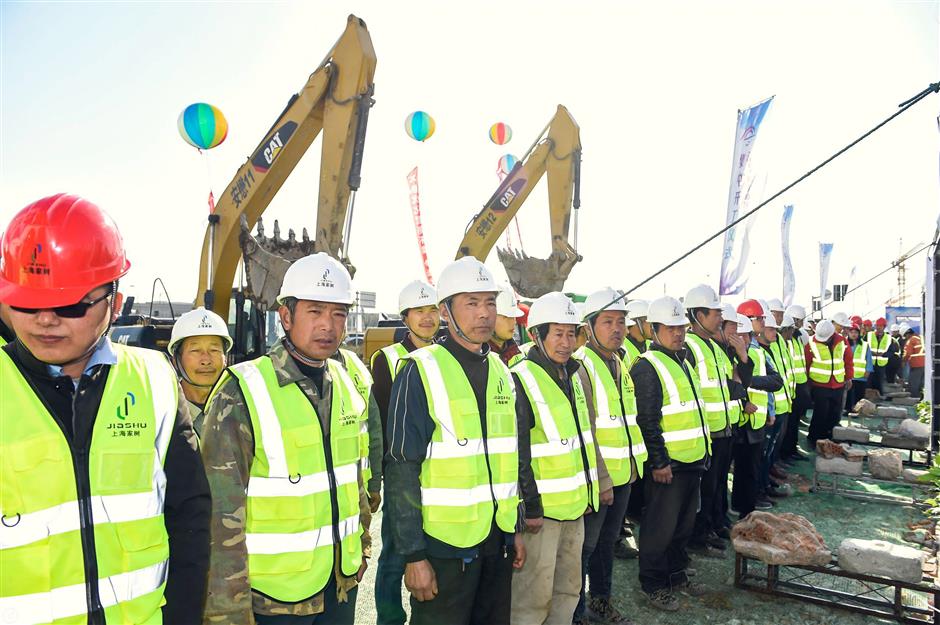 Construction workers stand in line for the construction of major industrial projects launched in Baoshan District on Wednesday.

Baoshan, which has long been famous for steel, glass and electrical machinery manufacture, is upgrading its traditional industry while improving the environment. The major steel production lines have been relocated and the sites are being converted into high-tech innovation parks, with much industrial heritage being preserved.

Shanghai Fanuc Robot Co Ltd, a joint venture of Japanese industrial robot maker Fanuc and Shanghai Electric, for instance, launched its third phase expansion in Baoshan to drive the development of the Shanghai Robotics Industry Park in Baoshan, the only one of its kind in the city.

Among the major projects, development also started on the Nanda area, which was once the city's most heavily polluted industrial site featuring over 3,000 low-end factories.

Nowadays, the government has signed a deal with Lingang to convert the Nanda area into an intelligent community. The site has undergone major treatment to combat soil contamination from the large number of old generation industries previously based there.

According to a blueprint, the future Nanda area will have an industrial park for Artificial Intelligence, Internet of Vehicles and other high-tech industries. A high-end community featuring intelligent infrastructure is also planned.

Over 30 high-rises will be built on the site of the former industrial park to serve as office buildings and research labs for high-tech enterprises. Over 40 research teams and 20 enterprises are expected to base themselves in a graphene center within the park to develop new products and industrial chains for the semi-metal. 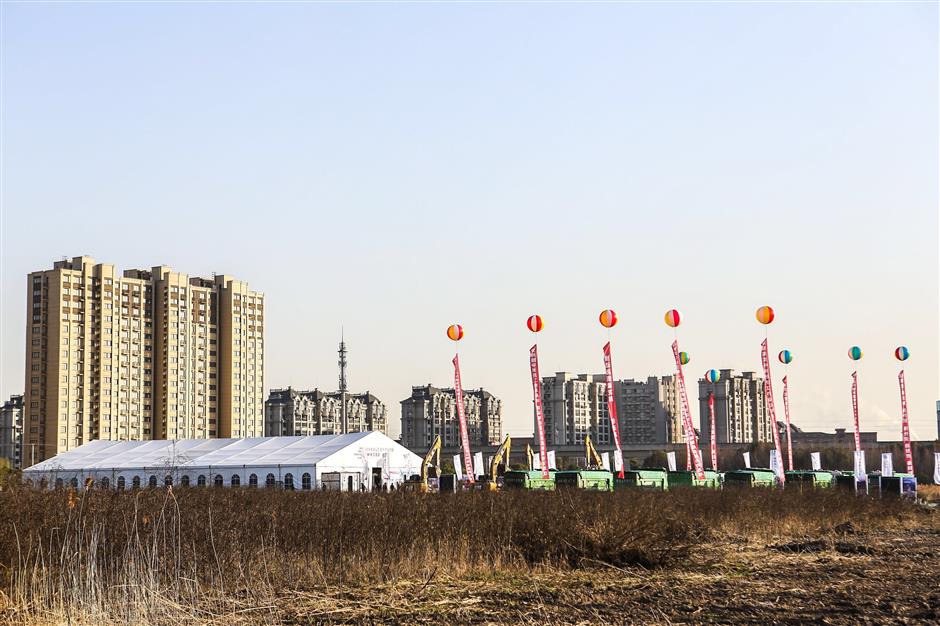 A former container yard near the Meilan Lake in Baoshan will be developed into high-end office buildings for companies across the Yangtze River Delta Region, with commercial strips and residential communities for the employees.