Yangpu District is one of the cradles of Shanghai’s modern industry and a birthplace of modern Chinese workers’ movement.

Looking into the past, there was a movement sweeping over many provinces in modern Chinese history.

The Diligent Work-Frugal Study Movement is a monument in China’s modern history and an important page in the history of the Communist Party of China.

On the wave of the movement, a group of outstanding revolutionists emerged. They came into contact with the essence of Marxism and promoted the establishment of the Communist Party of China and provided the Party with a batch of backbone forces with substantial theoretical basis and rich struggle experience.

They made great contributions to the victory of the Chinese revolution, socialist construction and reform and opening-up.

And the wharf at 32 Qinhuangdao Road in Yangpu District, or the Whangpoo Wharf as it was called, was where they set off to France a century ago. 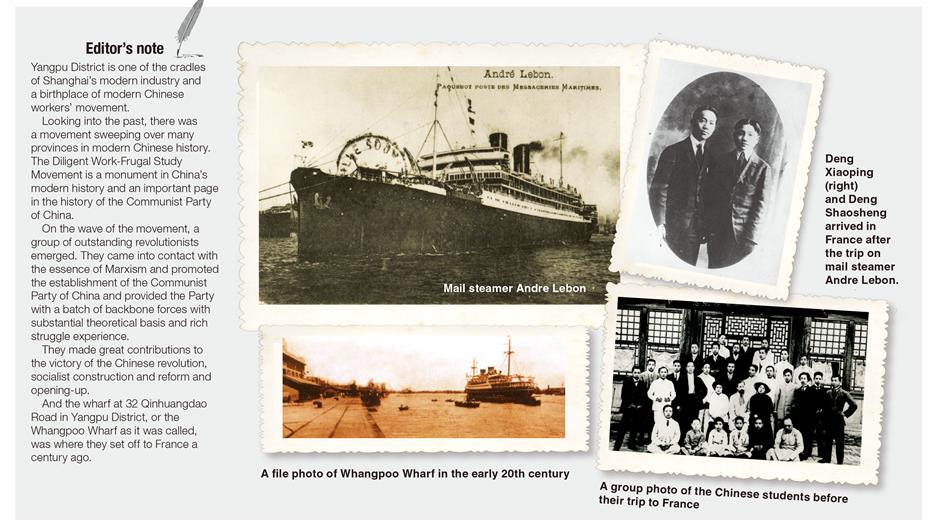 In the early 20th century, under the historical background of the October Revolution (November 7, 1917) and May 4th Movement in 1919, the Diligent Work-Frugal Study Movement or the Chinese Work-Study Movement in France swept over the country.

Shanghai was where more than 1,600 Chinese young people started their journey.

Whangpoo Wharf was where 650 Chinese students boarded for France.

On November 7, 1920, the third anniversary of the October Revolution, Zhou Enlai set off from Whangpoo Wharf to France. When he returned from France, he was already a Communist with firm beliefs.

Two months earlier, Deng Xiaoping boarded the mail steamer Andre Lebon for Marseilles. He later recalled: “We saw that China was a weak country at that time and we wanted to make it strong. We believed that to achieve that goal, we had to take the road of modernization, so we went to the West to study.”

It was also from here that Nie Rongzhen, Cai Hesen, Xiang Jingyu and Cai Chang embarked on a journey of discovery.

The Whangpoo Wharf, or today’s Qinhuangdao Road Wharf, is on the north bank of the lower reach of the Huangpu River.

With Dalian Road in the east, Qinhuangdao Road in the west and Yangshupu Road in the north, it used to be 3 hectares. South Manchuria Railway Company bought the land between 1908 and 1910 and entrusted NYK Line with the construction of wharf warehouses and the operation and management on behalf of the company. 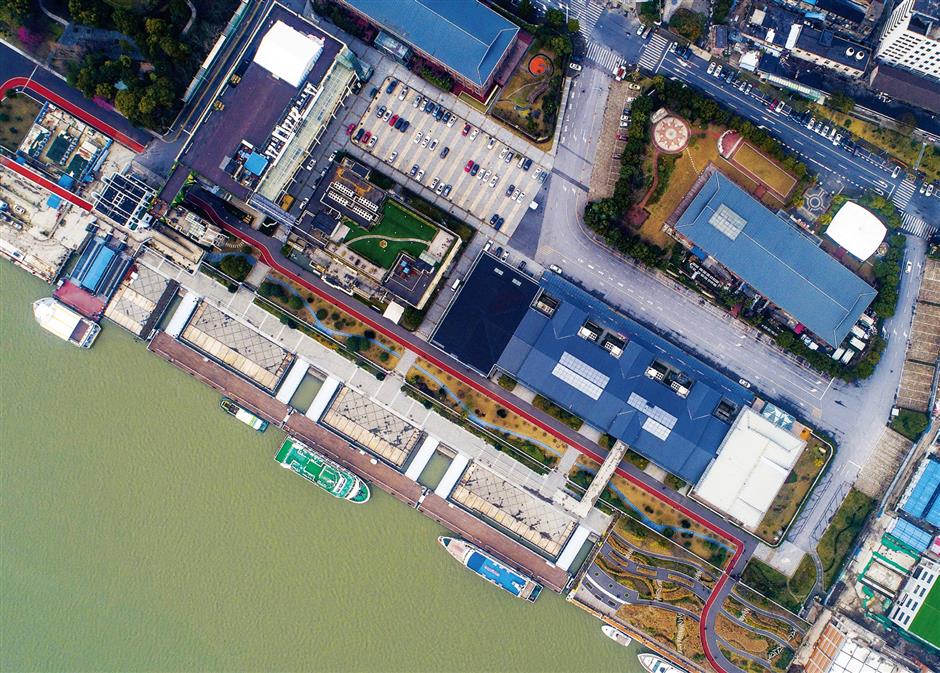 The Qinghuangdao Road Wharf, formerly known as Whangpoo Wharf, in Yangpu District saw the peak of the Diligent Work-Frugal Study Movement in the early 20th century.

In September 1911, the South Manchuria Railway took over the operation and management and rebuilt the wharf in 1913. After that, a lumber wharf, 296 meters long and 6 meters deep, along the wharf front was put into use for liners between Shanghai and Dalian in Liaoning Province, as well as ocean shipping routes from Shanghai to Europe.

The Whangpoo Wharf became a gathering and starting place for Chinese students to work and study in France because of the ever-changing international political situation. Shanghai was also the largest port city in China and a convenient place to travel from.

Before World War I, the road from China to France was usually by land — a train from Beijing to Paris via the three northeastern provinces, Moscow and Warsaw. Passengers needed to change trains eight or nine times. Express trains took 12 days while slow trains took 15 days.

After the October Revolution, Russia was locked down by military forces and hence the land routes from China to France were blocked. The work-study students had to change to water routes and sail from Shanghai via Hong Kong, Haiphong, Saigon, Singapore, Colombo, Djibouti and Port Said for Marseilles and then take a train to Paris. It took about 40 days.

From March 1919 to the end of 1920, it was the work-study program’s peak period in France. During this time, around 1,600 work-study students arrived in France by ship from wharfs along Huangpu River in Shanghai.