“To what purpose, April, do you return again? Beauty is not enough,” said Edna St Vincent Millay in her poem “Spring.” Unperturbed, Shanghai photographers still captured the city’s best moments. 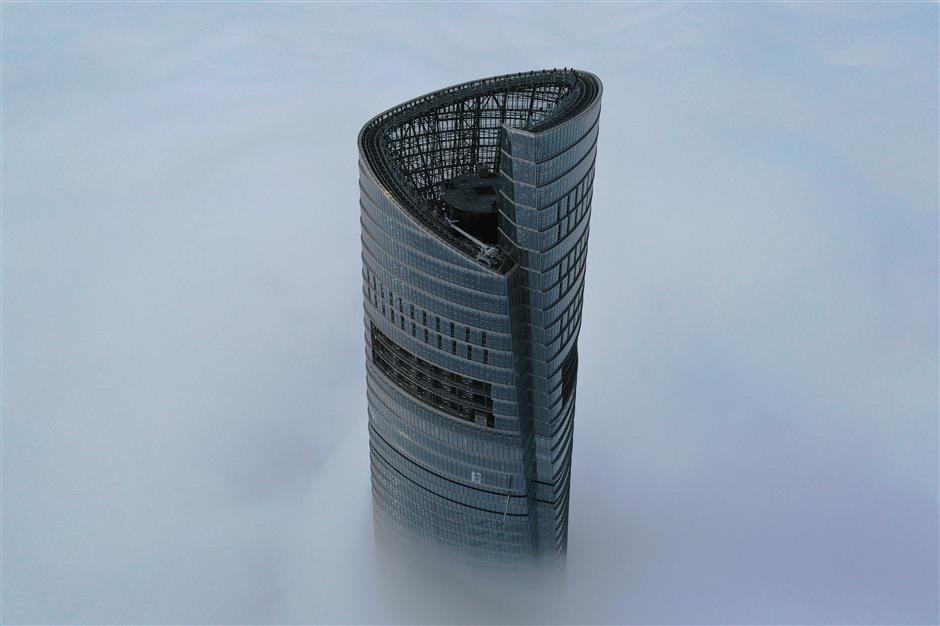 Shanghai Tower looms in the dense frog on the morning of April 19. 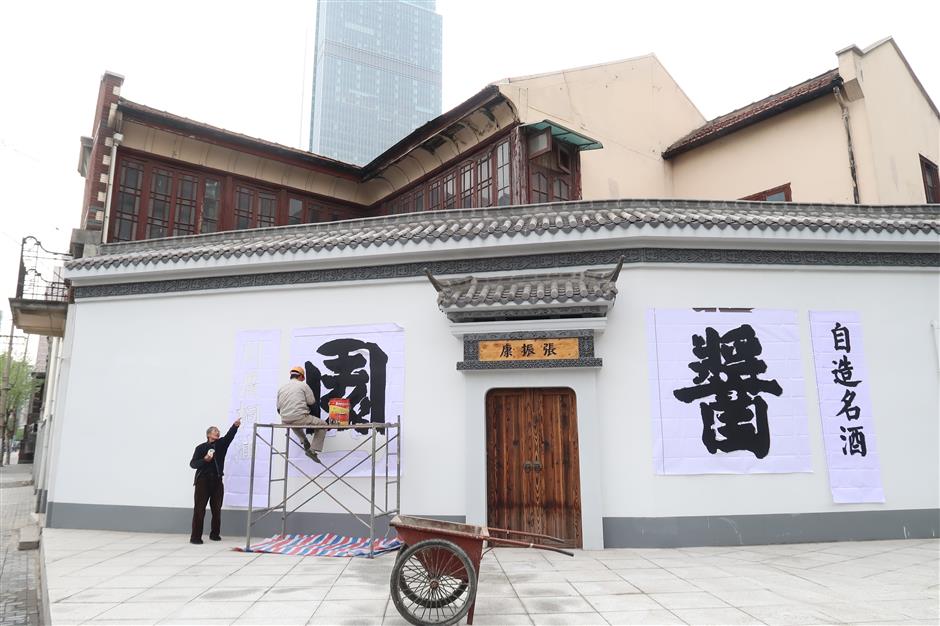 A worker paints a Chinese symbol on a wall at the intersection of Chengdu Road and Shanhaiguan Road. The wall represents a popular sauce and pickles shop which once occupied the area in the early 20th century. 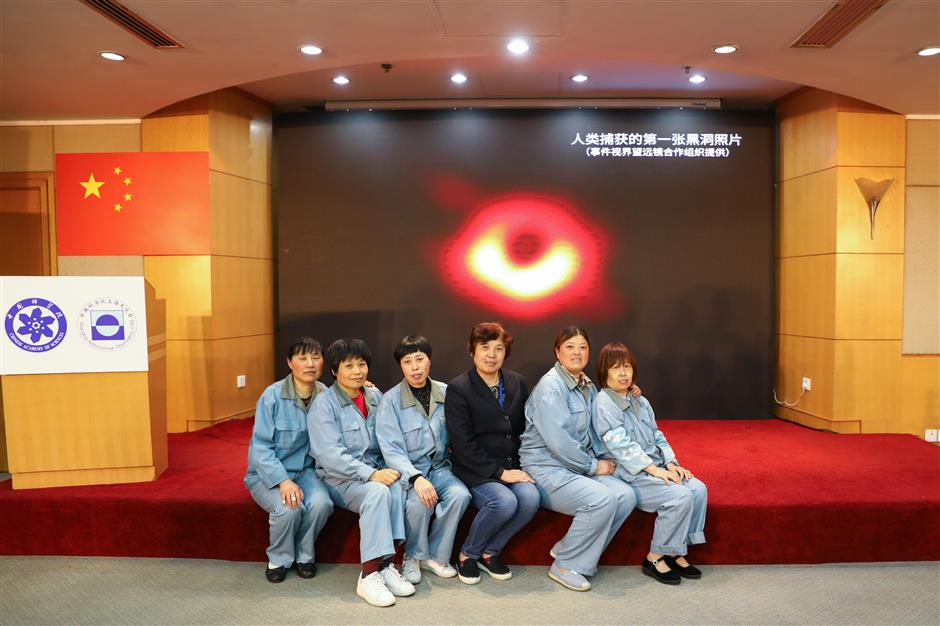 Sanitary workers of the Chinese Academy of Sciences pose in front of the first-ever image of a black hole in Shanghai after it was unveiled at a coordinated press conference across the globe on April 10. 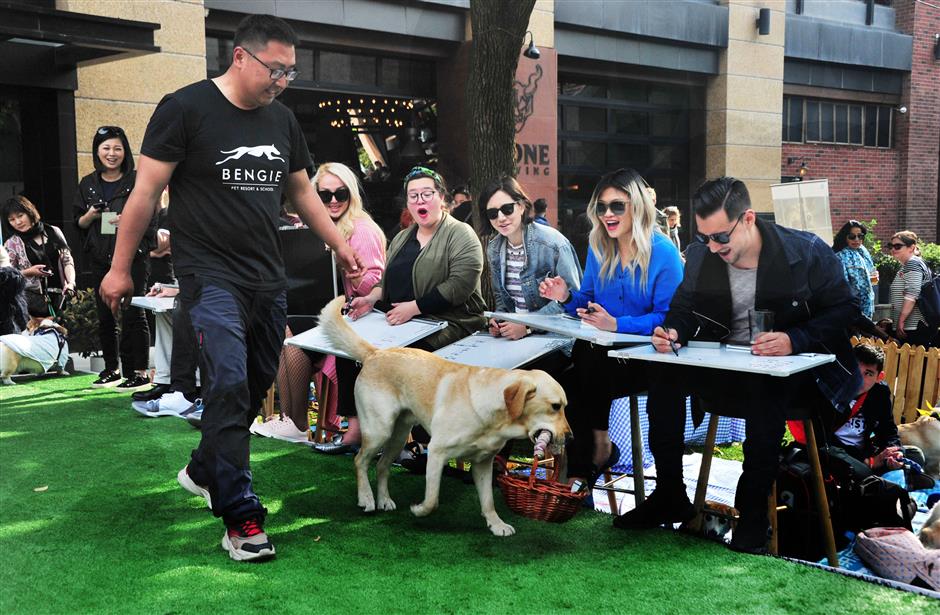 Judges watch a participant’s performance during a pet competition held on Yuyuan Road on April 13. 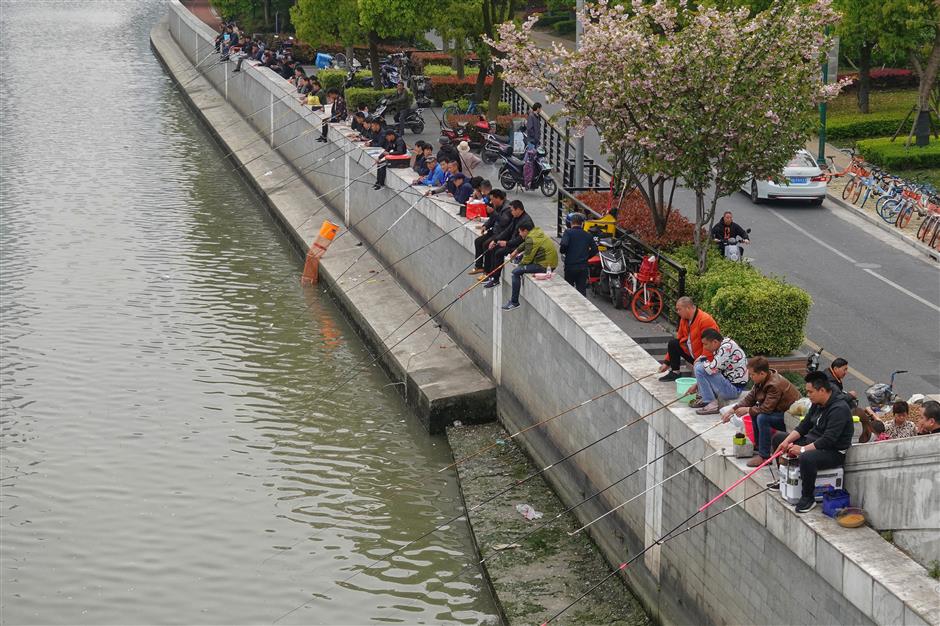 Despite a ban on fishing on Suzhou Creek, anglers wait to catch fish along the creek near Henan Road M. on April 14. The number of fish in the creek has grown as water quality improves, but the ecological system is still fragile. 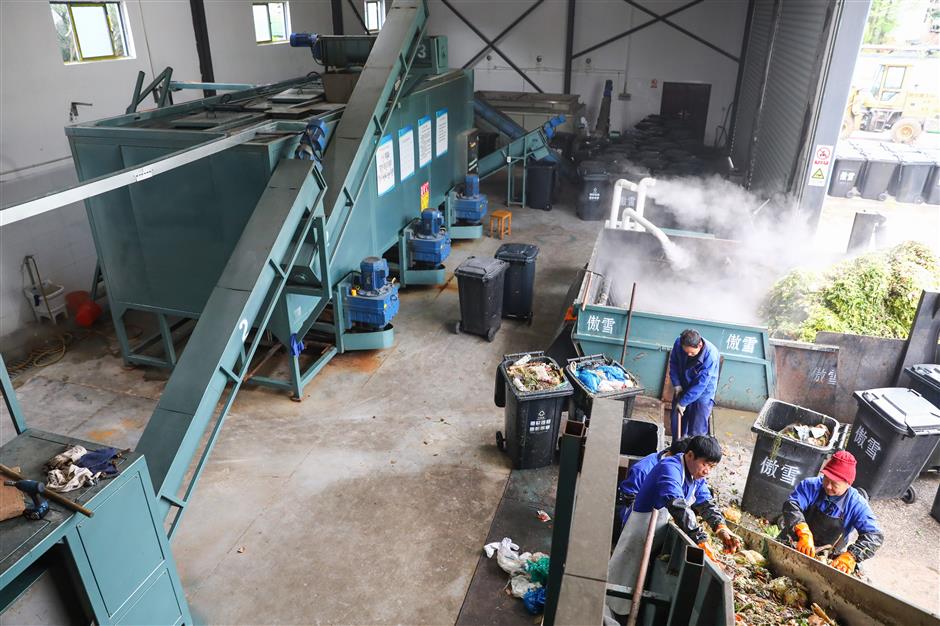 Workers handpick non-wet garbage from wet garbage before it is further processed at a wet garbage station in Meilong Town in Minhang District. The town produces about 350 tons of garbage every day.