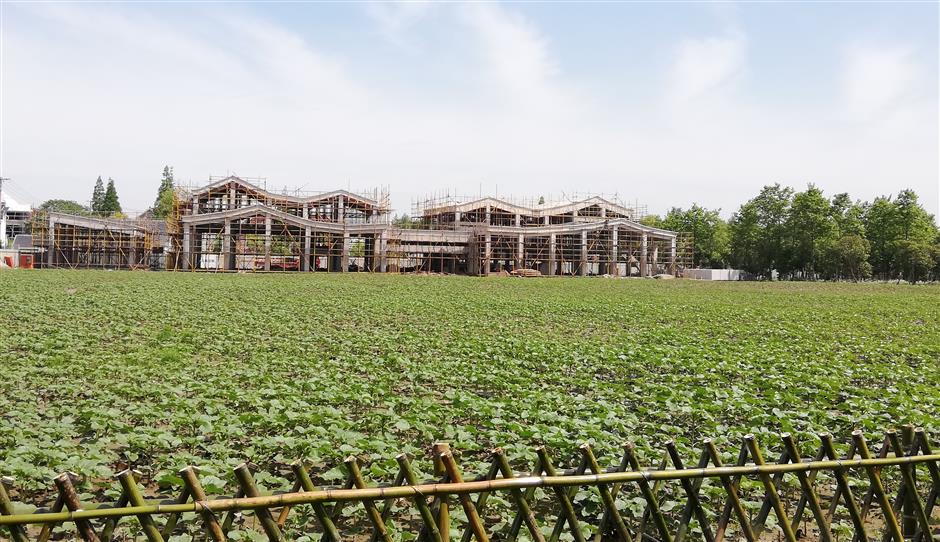 Rural homes are being redeveloped as yuezi centers to look after new mothers during their "confinement" period in Tangwan Village, Baoshan District.

Villagers are being encouraged to convert their spare space into the confinement, or yuezi, centers.

Thirty such centers are expected to open by the end of year in Tangwan to attract new mothers from downtown to receive care while enjoying the fresh air and village life, said Yang Xin, director of Luojing.

According to the blueprint, the maternal manor in the countryside will serve 1,000 new mothers and their babies a year.

Over 5,000 young couples with newborn babies can take vacations and receive family education in the village.

Under the scheme, each household can receive about 100,000 yuan (US$14,773) a year by renting out their homes, Yang said. The total annual income for the village will reach 50 million yuan.

Tangwan has been listed as one of the city's nine "demonstration" villages to implement the central government's "rural revitalization" plan.

The national strategic program from 2018 to 2022 aims to promote revitalization of villages and speed up the modernization of agricultural and rural areas.

The village near the mouth of the Yangtze River features vast and fertile farmlands, forests, ponds and 20 rivers.

The rice it produces has won major awards for six consecutive years.

About 400 villagers live in the idyllic countryside, a typical and well-preserved Jiangnan — the region south of the Yangtze River — watertown, said Qiao Wenying, Party secretary of Tangwan.

The village used to have 15 furniture and plastic factories which have closed due to pollution problems.

So it now focuses on an environment-friendly economy, said Qiao. 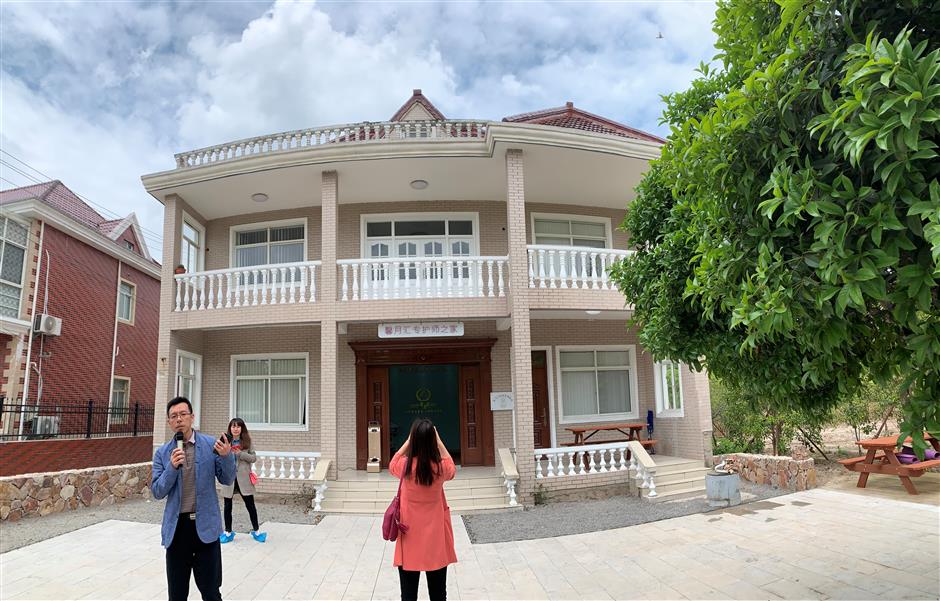 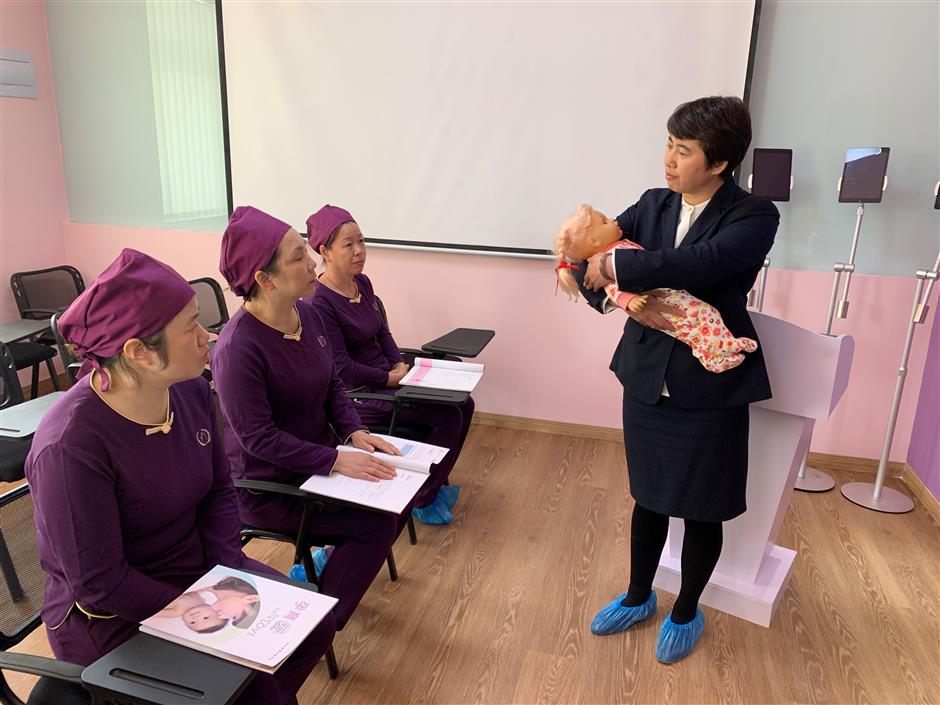 Some villagers receive training in the center to become professional maternity carers in Tangwan Village in Baoshan District.

An industrial chain on the maternal and infant care has also been planned. Companies on milk ponder, infant clothes and baby photography are under negotiation to base in the village. A training center for maternity matron, or yuesao in Chinese, has also been planned to train villagers and nearby inhabitants into professional babysitters.

Villagers are also encouraged to convert their houses into homestay and "agritainment" sites. Wang Lili, a 30-year-old villager in Tangwan has opened the first of such homestay programs in the village after redecorating her ancestral house.

"The business is gradually growing as more citizens in downtown would like to drive north to the countryside for their short vocations," Wang said.

Furthermore, the village has planned a garden featuring over 100 species of daylilies which is correlated to filial piety in traditional Chinese culture. The garden covering some 60,000 square meters is expected to attract tourists from the Yangtze River Delta region during its bloom period in May and June.

A firefly ecologic park will also be built to lure local children and their parents. Some villagers' houses will be converted into education and cultivation centers on firefly under the cooperation with the College of Plant Science & Technology at Huazhong Agricultural University.

With the help of the national initiative, Fengxian aims to increase the average income of its residents by at least 10 percent by 2020. Over 50 “beautiful villages” will be developed there by then, said Gu Yaoming, deputy director of Fengxian. 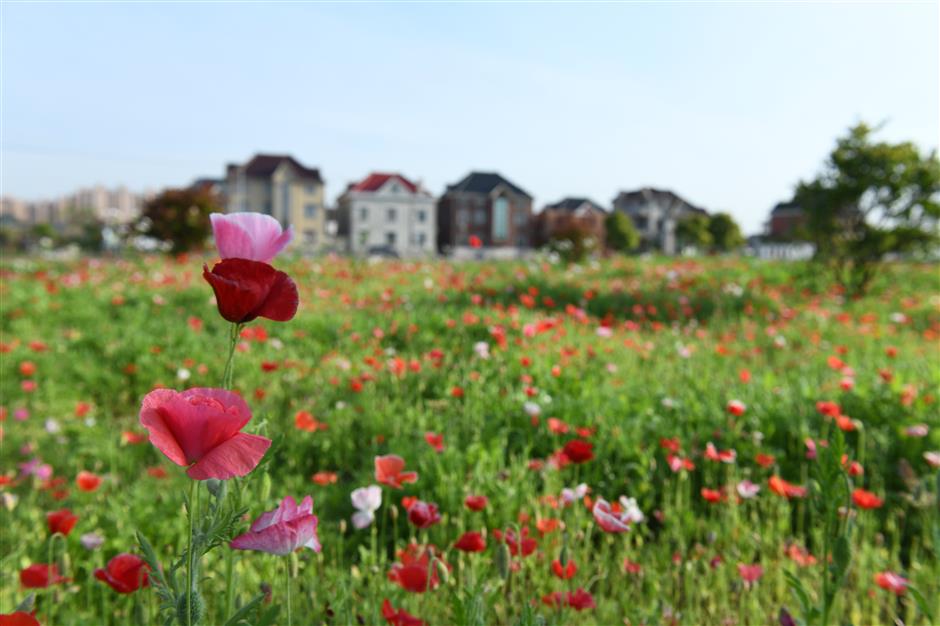 A garden featuring over 100 species of daylilies has been planned in the Tangwan Village. 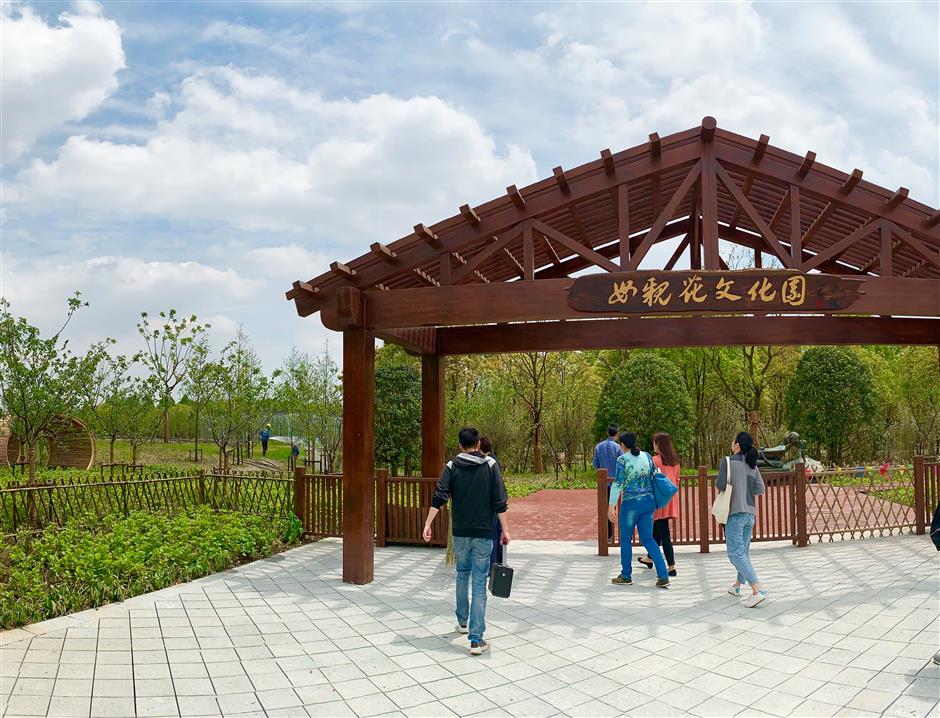 Some visitors enter the under-construction daylily garden in the Tangwan Village.