Pudong is top of the shops in Shanghai 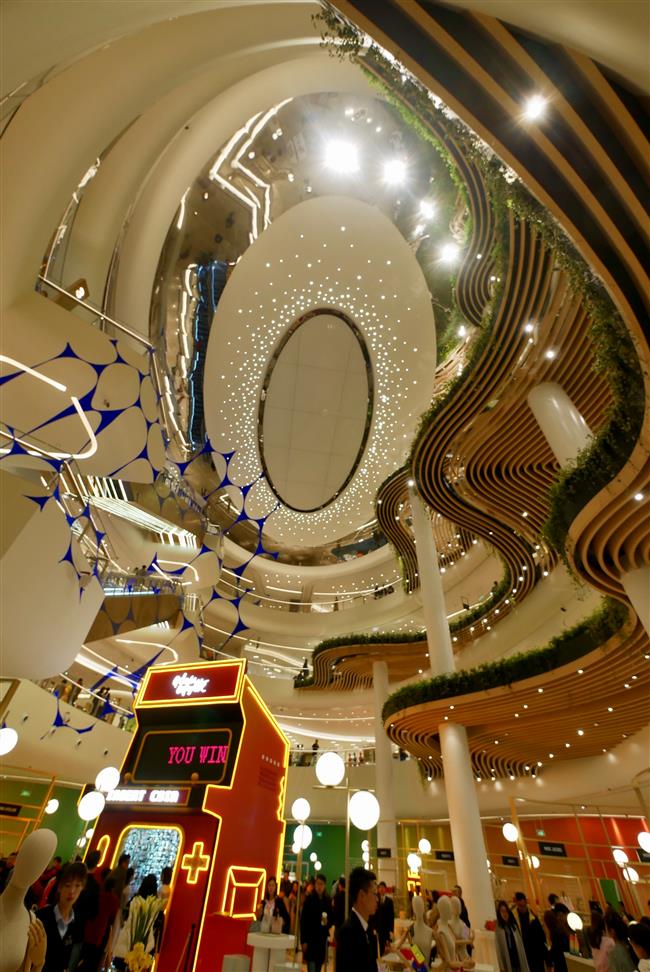 Shanghai has become the city with the largest number of shopping malls in China.

The metropolis boasts 260 malls larger than 30,000 square meters, according to an annual Shanghai shopping mall report released on May 20.

The Shanghai Commerce Commission said 835 new stores, or new brands, debuted in the city last year, triple the number from a year earlier, while merchandise choices have been expanded to attract even the pickiest shoppers.

A major fashion event in the first half of 2019 saw the debut of Galeries Lafayette, a famous French-based high-end department store guru.

The Shanghai outlet of the 120-year-old store, which opened on March 23, is their second shop in China following its first in Beijing 2013.

The store occupies five storeys of the L+mall, which opened in December last year in the Lujiazui Financial Hub, covering over 25,000 square meters.

Compared with other high-end shopping malls in the city, it is not large. But Galeries Lafayette has its own unique vibe.

Since Galeries Lafayette occupies only part of the mall, the designers tried to make the most use of the other space. From the first to the fourth floor of the store’s atrium is a void structure with an inverted dome.

Swiss artist Felice Varini designed one side of the void structure with his work “Danse d’Ellipses,” meaning “Dance of Ellipses.”

The art can be seen on the walls, escalator and handrails on one side of the structure, and shoppers standing on different floors can see an alternative angle of the work.

You can only see the whole picture when standing on the second floor where the art looks like a paper-cutting work stretched out.

On the other side of the store, plants decorate the space which gives the area a sense of layering.

A dazzling array of over 200 fashion brands have settled in the store, though some of them are still preparing for official operation.

Maison Kitsuné is one of the most popular brands in the store.

The French-based fashion label is known for its music production and cute fox mascot. But after appointing Celine’s former creative director Yuni Ahn as its own director, the brand is making a strong announcement to turn from a sassy nymphish preppy to a more mature urban collection.

Even the design’s cute fox logo has been changed to “Kool Fox.”

Japanese designer Jun Takahashi’s Undercover opened its first store in China in Galeries Lafayette. Takahashi is known for his horror and sci-fi movies passion, which he expresses without preservation in his designs.

He printed Stanley Kubrick’s name on a hoodie and T-shirt.

At his latest show in January, he lifted images from “A Clockwork Orange” movie.

Philippe Pedone, head of international development at Galeries Lafayette, said the Shanghai store is targeting a younger generation of consumers who are well educated, well-travelled and eager to learn about fashion and its industry.

Galeries Lafayette is quite optimistic about expanding in China and it plans to open 10 new stores in China by 2025.

Galeries Lafayette’s chief executive, Nicolas Houzé, said he expected to achieve sales of 1 billion euros (US$1.13 billion) in China, which will make it the largest market outside of France.

But why did Galeries Lafayette chose Pudong? The answer is not hard to find.

In April 2018, Pudong was the first district in the city to come up with a plan to echo the city’s four brands strategy — services, manufacturing, shopping and culture.

In its plan to provide a better shopping experience, Pudong aims to become a center of high-end fashion and the first choice for new brands or stores to debut. It is also set to lead the innovation of new business models.

Pudong is fast becoming the must-go-to place for fashionistas in Shanghai.

Last year alone, Pudong opened 10 new shopping malls. By the end of this year, a new duty-free mall will open in the Lujiazui area, which will introduce yet another different shopping experience.