Dragon boat race is a traditional Chinese custom for the celebration of Dragon Boat Festival, dating back to the Warring States Period (475-221 BC). Foreign participants from six nations marked the festival this year in the traditional race, along with Chinese paddlers, in Shanghai.

In fact, more than 80 teams from home and abroad competed in the city’s annual dragon boat race along the Suzhou Creek over the weekend.

Some 1,000 professional and amateur athletes, including some from Germany, France, Canada, Spain, Switzerland and Norway, competed with top dragon boat racers from the city and across China.

They raced on 200- and 500-meter sections of the creek in Putuo District on Saturday and Sunday ahead of this year's Dragon Boat Festival on June 7. Local police officers in 36 teams took part in the annual competition for the first time.

The organizers also invited foreign teams based in Shanghai to participate. Teams from emlyon business school from France and German football club Borussia Dortmund competed with other teams in the open and invitation races on Sunday.

Gabriela Martin, 24, a postgraduate student with the business school in Lyon, was among the few female paddlers. She took part in the race for the first time this year.

"The Suzhou Creek looks dynamic and beautiful and I was impressed by the large crowds on the riverbanks during the race," said Martin. The international hospitality management major student has been training for six weeks with her team members from different master's programs of the business school for the race.

"No matter whether we win any prize, we've put our best foot forward," she said. 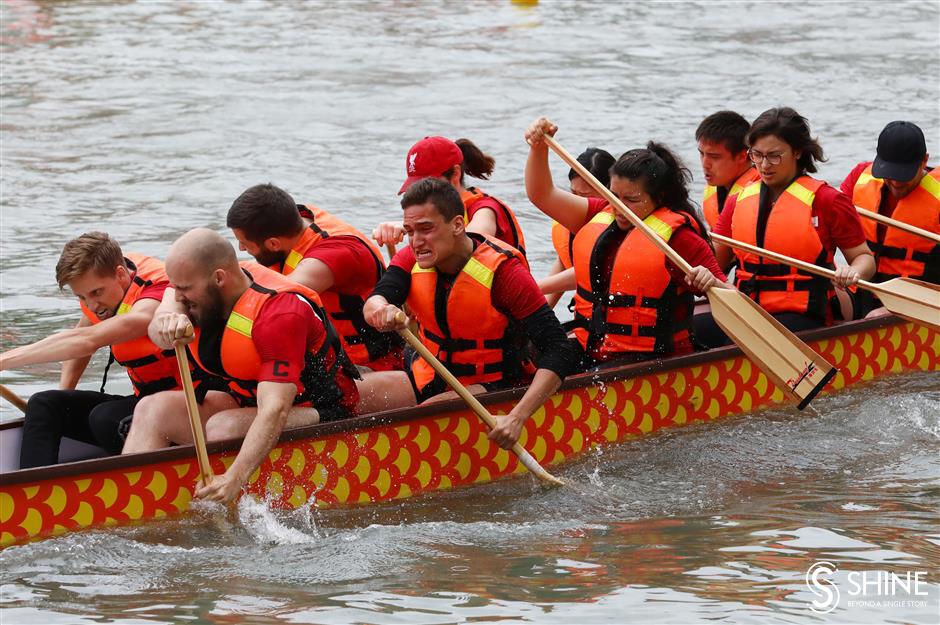 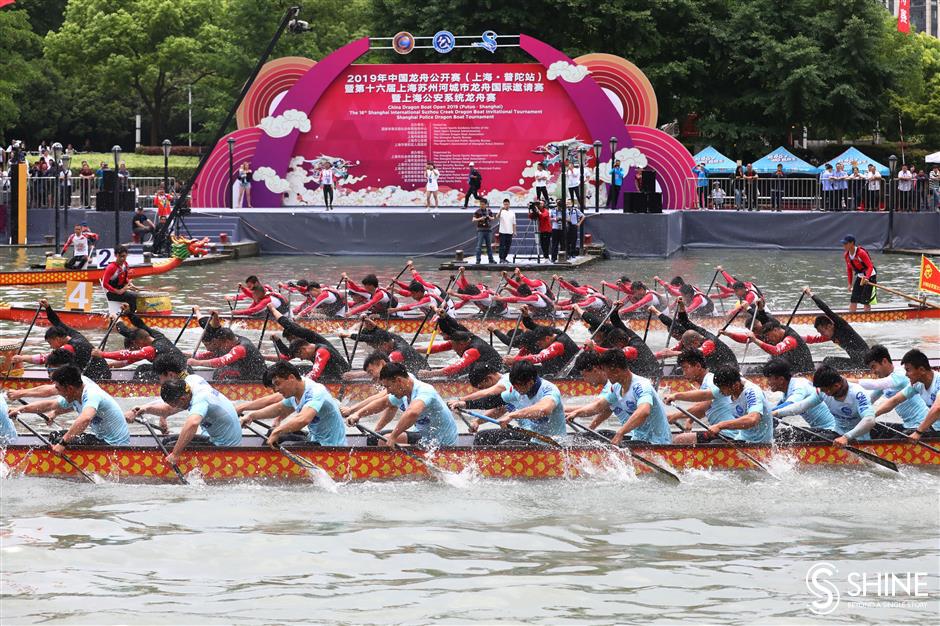 The dragon boat race in full flow on the Suzhou Creek

"The race requires teamwork and discipline while the members must be precise and strong, and it’s an important cultural experience in the Asia Campus Semester, when our students study in China," Christian said.

The students, including 12 paddlers, came to Shanghai in April and will spend a semester in the city. They have been training every Sunday, starting at 7am, for the competition.

Shanghai Dragon, an international dragon boat team with about 50 members from 23 countries and regions, won the third prize in the international invitation races on Sunday.

"We enjoy the team spirit, intense competition, cooperation and success during the races," said Lutz Helmbrecht, the team leader from Germany. The automobile engineer founded the team with his friends four years ago after getting obsessed with the sport. Team members now train about thrice a week for the annual race.

"We have been growing every year and won our best score this year," Helmbrecht gushed. 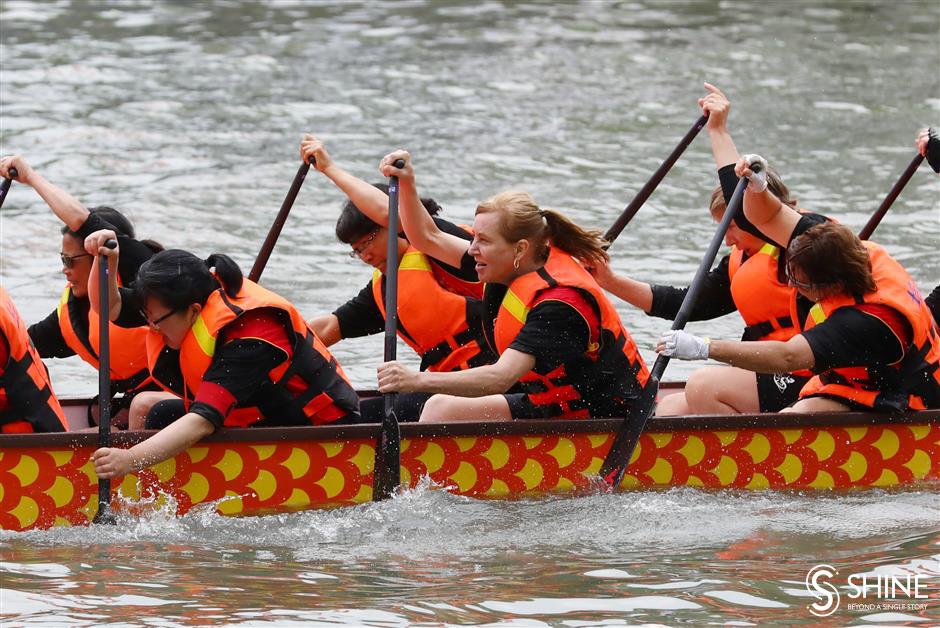 Participants concentrate on the job on hand during the dragon boat race.

The Switzerland International Dragon Boat Team defeated Shanghai Dragon and other teams from abroad in the final competition of the international invitation race on Sunday.

Shanghai's Jinshan police won the top prize in races among police officers, followed by the SWAT team and the Chongming police.

The Suzhou Creek dragon boat race was launched in 2004 to highlight the results of a cleanup campaign. It has become an important fixture in Putuo as it attempts to showcase the city's commitment to the environment and rapid urban development, according to the Putuo District government.

Putuo has been constantly working to improve the Suzhou Creek water quality since the 1980s and intends to develop the area into an ecological zone and an ideal place for living, working and innovation.

Apart from the race, an exhibition about China’s traditional Dragon Boat Festival culture was held in Mengqing Park along the creek over the weekend.

This year’s exhibition was themed on the 70th anniversary of the founding of People's Republic of China as well as the renovation campaign for the Suzhou Creek waterfront. The German football club Borussia Dortmund showcased its history and culture.

Heritage performances and skill shows, such as Kunqu Opera, flavor sculpture, making zongzi (a traditional glutinous rice stuffed with different fillings) and traditional Chinese medicine, were also displayed on the sidelines of the race in the park. 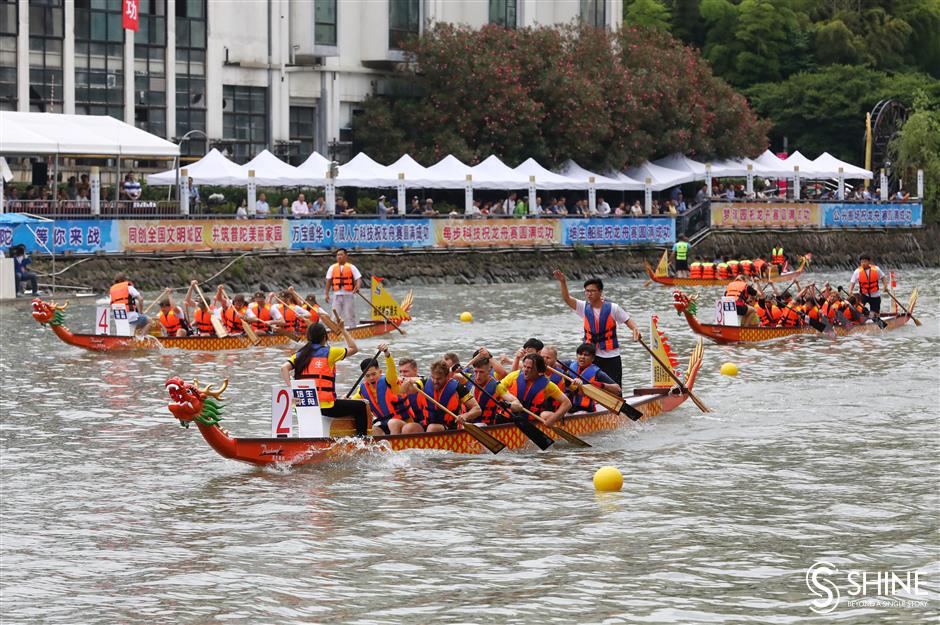 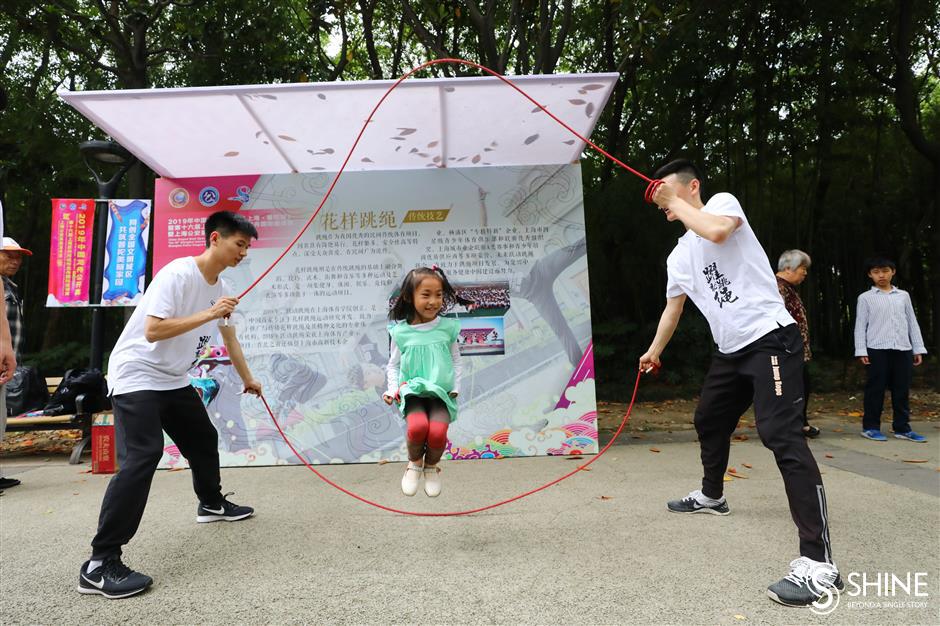 Children take part in various sports and cultural events on the sidelines of the dragon boat race at Mengqing Park along the Suzhou Creek on Sunday. 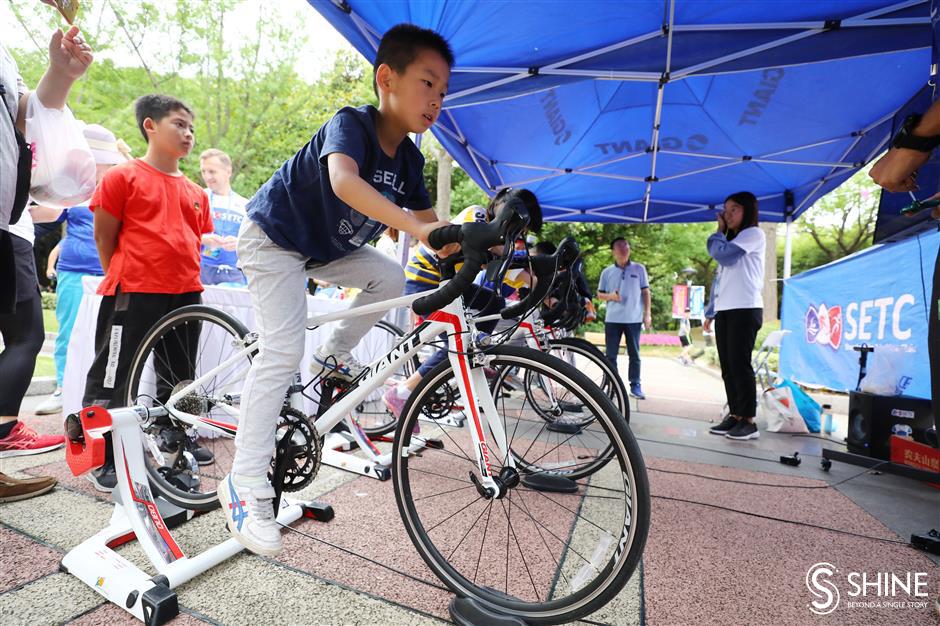 Boys try out bicycles on the sidelines of the dragon boat race at Mengqing Park. 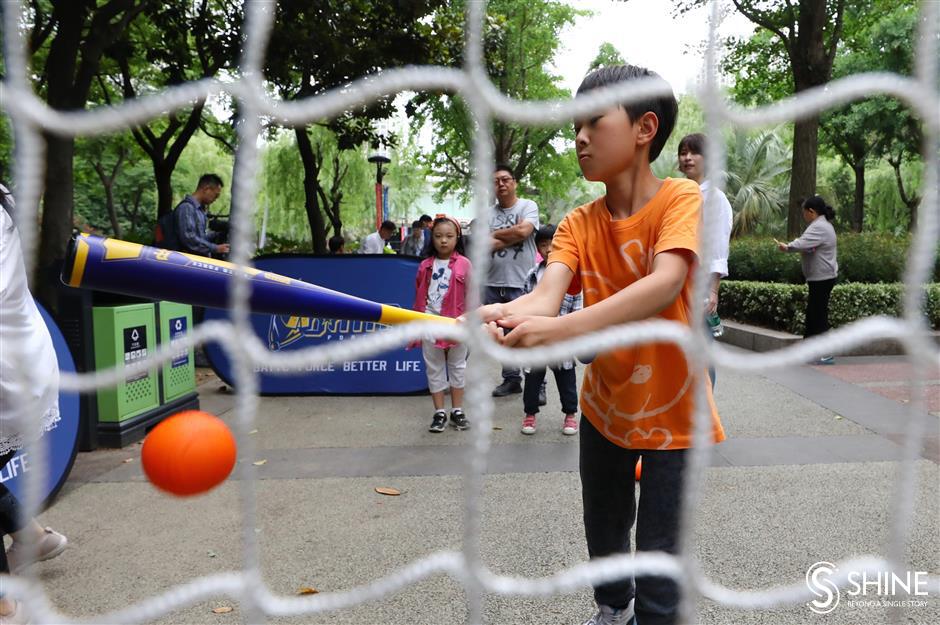 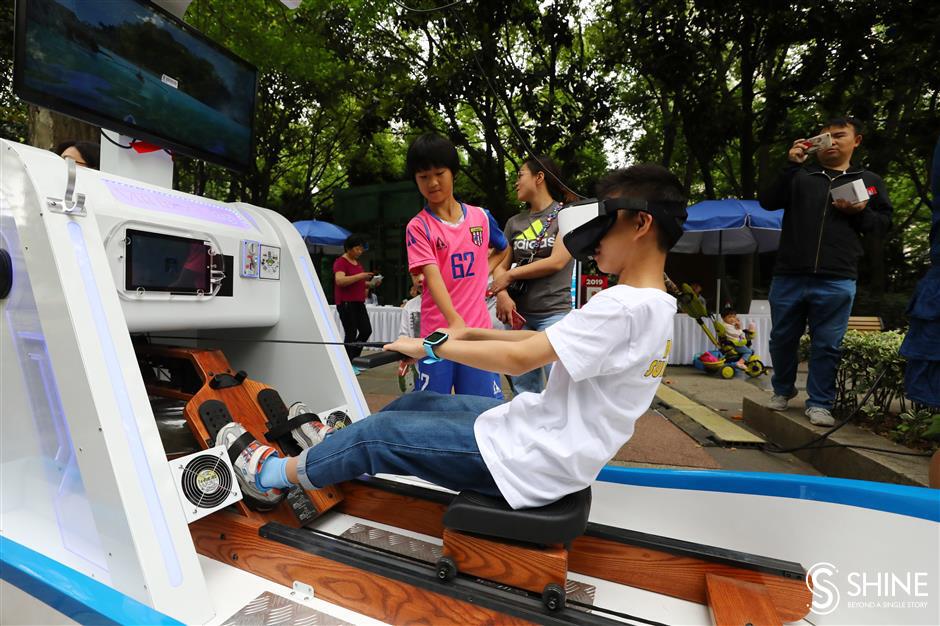 An exercise routine is just the kind of fun children love as they take part in various sports and cultural events on the sidelines of the dragon boat race at Mengqing Park along the Suzhou Creek on Sunday.