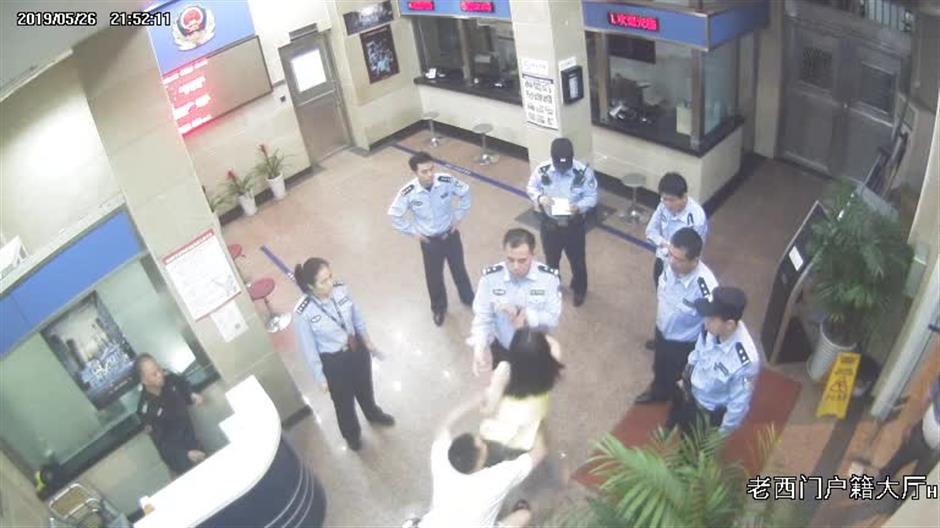 Surveillance cameras inside the police station record the woman making a scene. 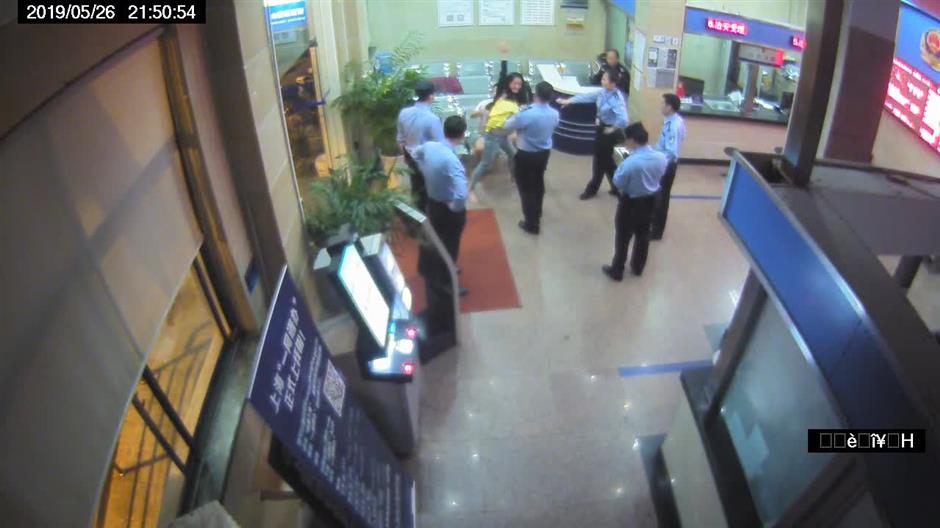 A woman was detained for seven days after causing a disturbance at a police station while drunk, police said on Tuesday.

Police in Huangpu District said they received a report at 9:21pm on May 26 of a man beating a woman at the corner of Fangxie and Jianguoxin roads.

Policemen from Laoximen station who arrived on the scene found that the two were friends and had been drinking. They decided to take the two to the station to prevent further problems.

At the station, Zhang, who was obviously drunk, made a big scene, damaging facilities, assaulting officers and impeding other people who sought services.

She was held at the police station till she sobered up the next day when she claimed to have no idea what she had done.

The man with her was released, saying he did not beat Zhang, but that they had a quarrel over issues at work.