How will universities develop? 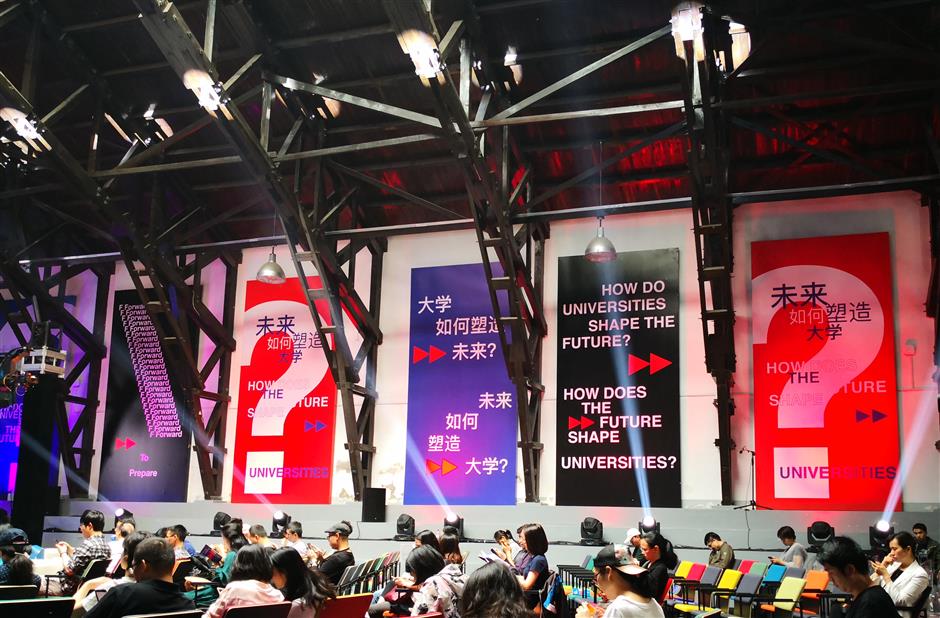 How will the future shape universities and how will universities shape the future? A forum was held recently at Tongji University to answer these questions while celebrating its 112th anniversary.

The forum invited leading scholars and experts from higher education and research fields to share their insights into these questions with a retrospective look at the role universities have played in the development of civilization and the challenges they face in the 21st century.

“How universities might fashion the future in the age of technology? How AI and new technologies can support university organization and management? And what are the challenges universities might face? These are all urgent topics for higher education researchers,” Chen Jie, president of Tongji, told the audience.

As an expert on strategy management, he believes that every era has its core technology, and people who can take the lead in creating and mastering it will determine their status in the times.

Luo Xin, chief reporter, news commentator and host of SMG Dragon TV, stressed the importance of respecting the imagination and exploration desire of the younger generation. And based on the understanding of the university culture by exposing in the editing work around the world, he reinterpreted the future education system in universities.

“The Internet offering is unlimited, there are experiential learning, game-based learning, research-based learning, etc. Future students may no longer rely on particular teachers,” Luo said. “The credit-based educational system will eventually be abolished. Teachers and students may be freely deployed in the future.”

He said the Internet is changing the ecosystem of the university. It even disrupts the conventional categorization of disciplines and the fundamental approaches of education.

Two cases shared by Lou Yongqi, dean of Tongji’s College of Design and Innovation, might shed light on the changing education approaches. One case is the NICE2035 project, which seeks to foster rich interactions between the university’s knowledge spillover and the community to co-create future living prototypes together. Another case is the Tongji-Huangpu School of Design and Innovation, which is a high school jointly run by the university and Huangpu District with a new educational framework with 60 percent of the courses subject-based and 40 percent problem/project-based.

Jeffrey S. Lehman, vice chancellor of New York University Shanghai, pointed out the fundamental mission of a university is to prepare its students to live adult lives of personal satisfaction and societal contribution, but there are two forces that will make student’s lives predictably different from their parents’ lives: globalization and artificial intelligence.

He said university students should develop algorithmic thinking, critical analysis, creativity, social perceptiveness, and the ability to persuade to overcome the challenges in “a cosmopolitan age of smart machines.”